Interview With The Ecchi Mery Translator 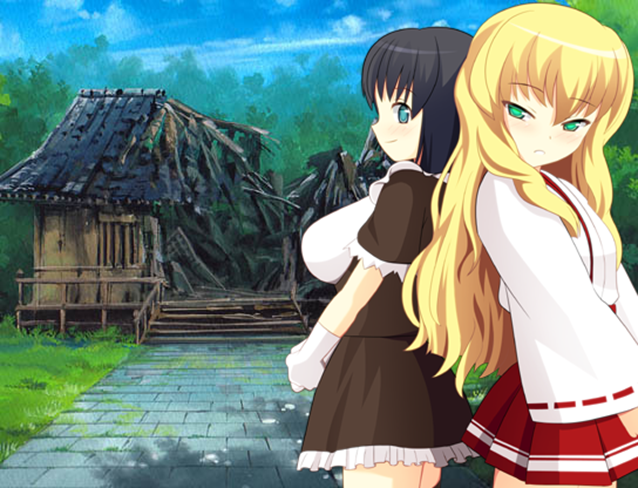 Recently we announced the addition of Ecchi Mery to our catalog, and while doujin games are fairly common in Japan, it’s pretty uncommon to see such a small localization crowdfunded. So today we had an opportunity to speak with John, who headed up the localization campaign, and we’d like to take this chance to share his insights with the community.

Hi, John. Thanks for taking the time out of your busy schedule to chat with us today. Things must be pretty hectic right now with the final release only a few days away, huh?

Yes and no – I’d say some touch and go points during the project were really challenging, but all the Indiegogo supporters were really kind and supportive. My obligation to them kept me through finishing the project, even though I had a lot of other stuff going on in the meantime.

That’s great that you had such support. Hopefully our fans will enjoy all your hard work too. So now, let’s start off with Anagura, or “A Cellar”. How was it that you came to know this doujin circle? What made you decide to try and work on their games?

It was a chance meeting – between 2008 and 2013 I played a lot of a fighting game called Melty Blood. It was my hobby, but I took it very seriously. I was always meeting amazing people in that community. On my study abroad in college I visited Japan and met a lot of the top players. The developer of Anagura, Jeff, was one such person. He’s probably the best Aoko player in the world. He introduced me to the world of doujin creation, and I joked with him that one day “I want to start a visual novel company! Let me translate your game!”

To my utter surprise he actually got excited about it, and we figured out a way to move forward with it financially. It was always meant to be a fun project – and I tried to make that as obvious as possible while running our campaign. 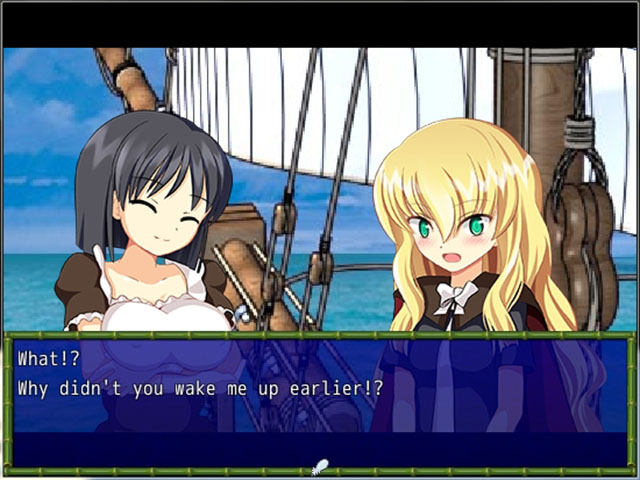 On the campaign page you mentioned Jeff as well. Was he originally from the West? It’s curious to see western individuals working in Japan, specifically in the doujin market, rather than appealing to Steam and other western outlets. Any stories you can share with us there? What made them decide to focus on the Japanese market? Were they any unique challenges they faced there for being different?

Actually Jeff was born and lives in Japan – his name ‘Jeff’ comes from ‘Jeffrey Manson’. He really loves American wrestling, haha.  Jeff is just a callsign from one of his favorite wrestlers as a kid. He’s been all around the world, and is one of the few Japanese nationals you’ll meet who aren’t shy to approach non-Japanese people. Though I can’t say I ever liked wrestling, we both love Melty Blood and hit it off from there.

I think Jeff was always interested in the international market but just never had a means on how to do or go about it.  While the industry has been growing in the last couple years commercially, I’d say most doujin developers are still relatively unknown. Especially the ero-devs out there. There’s not a lot of money in it, so I’m glad MangaGamer gave us this opportunity to show the Western Market what doujin floor developers are doing.

We’re definitely happy to offer the opportunity, too. It’s great to be able to share more of these great games and give developers a chance to earn more for their hard work. Speaking of which, crowdfunding is definitely growing more popular nowadays, but a lot of them still don’t see success. What led to your decision to try crowdfunding Ecchi Mery?

I specifically selected Indiegogo because the game was 18+, and Indiegogo is a little more lenient about these things than Kickstarter. Jeff and his circle don’t really make much money as a doujin developer. It’s barely enough to live off of, and he does take up side work a lot to make ends meet. At the time, Jeff was making a new game and if he was going to take time off from that for an H-Mery localization, he needed to make ends meet somehow.  I was also going through (and still am going through) a tough time myself, since the exchange rate is really bad for those of us earning yen and I still have student loans to pay.  That’s how we came to the idea of doing a crowdfund – we decided that if people wanted to see it, we would do it. 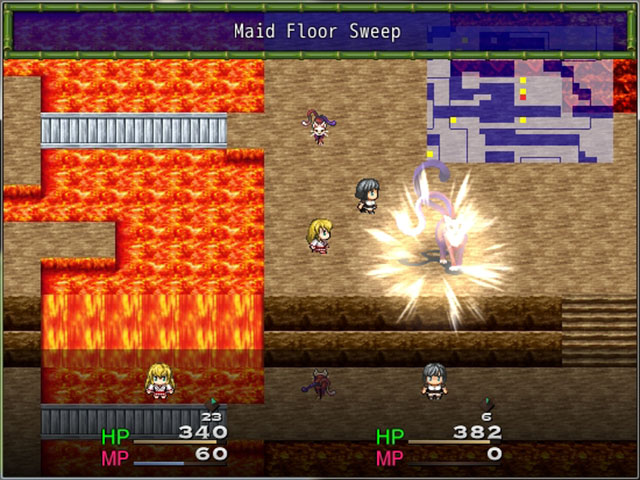 Speaking of making ends meet, in the crowdfunding campaign, you only sought $1,500 for localization, which isn’t very much. Is it possible to fully localize a game on such a small budget? Were there any sacrifices you had to make to see it through to completion?

Yeah… we tried to set the bare minimum budget we could and did most of the work for free. Towards the end I felt the game needed a lot of outside QA testing besides me and Jeff, and we spent some of the funds there to make it perfect. One of our campaign donors, Dizzy Ziddy, did it a lot of quality assurance for us, and his skills were really amazing.

Jeff spent a lot of time programming small little features you would expect to find in a modern-day visual novel that I told him were necessary for the western market–things like holding ctrl to skip and increased visual functionality. We also had to bring on a sprite artist for the custom bosses.

Overall I’d say the Western market is getting a good deal on Ecchi Mery, it’s way better now than the original version sold at Comiket.  Since Ecchi Mery Jeff’s circle has made a lot more hot sellers on DLsite and such, so we were also able to benefit from his experience in later games.  I did my best to meet the Western market’s expectations, and Jeff was extremely cooperative.

Considering the costs of the free labor, if you could go back and readjust your goal for the actual costs, how much do you wish you could’ve sought?

I wouldn’t adjust the way the project went at all – other than maybe how long it took me to translate it.  Considering the amount of editing and programming labor, I’d say the project would easily have been about double the goal we asked for had a company did it – but we get a chance to sell it and make the rest of that money back, so I think it’s fair in the end.

I would like to point out that one of the backers put in nearly a thousand dollars though, and we’ll never be able to pay back his generosity or kindness.  We put our hearts into the original monsters he made, and the special animations in those battles. 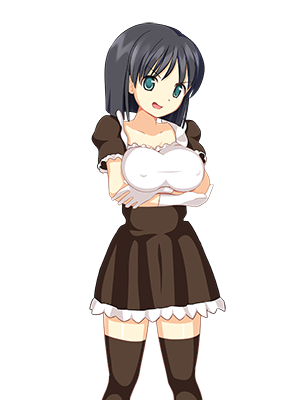 So bringing things back a little bit, why Ecchi Mery in particular? There are other games in Anagura’s lineup as well, so why pursue Ecchi Mery first?

Well, Jeff’s circle actually completed two or three games in the time it took us to localize Ecchi Mery.  The localization was just me, him, and people we brought on for very specific jobs as opposed to a whole team. I actually personally picked Ecchi Mery from his lineup. The game was just funnier and more fun to play. Most of his games until then featured a single heroine, and I liked that Ecchi Mery had two. The battle system in Ecchi Mery was also more developed than his other games, which were just visual novels.

I’d have to say the most important reason is that Mary reminded me of Kohaku, and I found her endlessly entertaining.  You can see big influences there from Melty Blood.

Now they’re working on Magnolia though, which is an engine Jeff basically rebuilt from scratch in a Ruby-styled game. He’s very excited about it and wants to localize that game next.  I know there’s a big stigma against RPG games made with Ruby, RPGMaker plugins, and/or royalty free graphics, but you can really see his team has come a long way.

Speaking of the game engine, can you tell us a bit more about the flow of the gameplay in Ecchi Mery? What kind of multiple endings are available?

I guess more specifically you should say there are multiple bad endings, haha.  Depending on what evils may befall you in the shrine, there are many different H-scenes available.  I would make sure to not lose to a spider-type monster in the later half of the shrine with Mery as your lead! It wasn’t my favorite scene to translate!

Let’s talk about the localization itself for a bit. On the campaign page you talk about Mery and Mary visiting “Cipangu”. Why did you opt for this term in your localization rather than “Japan” or the more common “Zipangu”?

Ah, I figured someone would ask me that. Well, first Japan is completely out of the question because the original term is not 日本, but rather, ジパング.  It’s stated over and over again in the game that Mery is simply European, rather than from a specific country, and the game takes place long before the days of Commodore Perry. Cipangu comes from the Portuguese name of Japan’s territory, long before it was unified. I thought that in this time period, Japan would have many different names depending on where you got your map information, and only a select few would really know it existed.

We had a consultant, a friend of mine, who helped me translate some of the battle terminology and attack names. I asked him about this very issue and he stated ‘there’s precedent for using Zipangu.’ – but I purposely disregarded his advice here. I wanted to give the game a more historical feel, back when the information was a little more fragmented.

It’s definitely the most controversial decision I made on the project.

Were there any other unique decisions made in regards to the localization?

Definitely. I was very liberal and outright rewrote parts of the script with Jeff. Since this project started I’ve worked with a lot of developers, and a lot of them are married to their works. Jeff was open to changing things for the western market and making a good game. Some nights, after working our day jobs, we would be up until 4AM discussing different situations or scenes that could happen. I’d say in total we rewrote about ~8 of the ~65 scenes (mostly H-scenes). I’d imagine a larger publisher never gets this kind of cooperation, but that’s the great part of working with doujin developers!

Are there any plans for your next release yet?

There aren’t any plans for another Anagura release in the future yet. We want to wait and see how Ecchi Mery does! 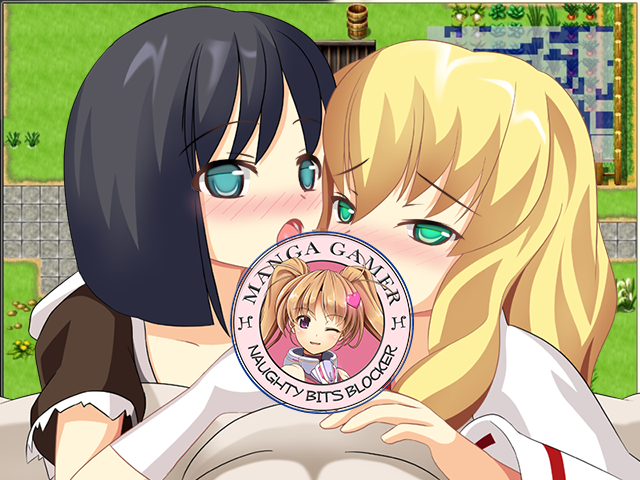 Well, thank you for your time, and thank you for sharing with all of us. It was great to hear from someone working directly with doujin and indie developers. Any last words for our readers?

I just want to thank everyone for reading this far and also hope you’ll support my new start-up company, Culture Select! I definitely learned a lot about localization and the industry during this project, and want to take what I’ve learned to Wish – a new doujin game project that will be hitting kickstarter in the very near future!

This project really changed my life and I’m really grateful to MangaGamer and everyone else who supported us throughout the project.  I hope you really like Ecchi Mery!

Ecchi Mery and the Perils of the Cosmic Shrine will be available for download this Friday, May 8th! Pre-orders are open right now!