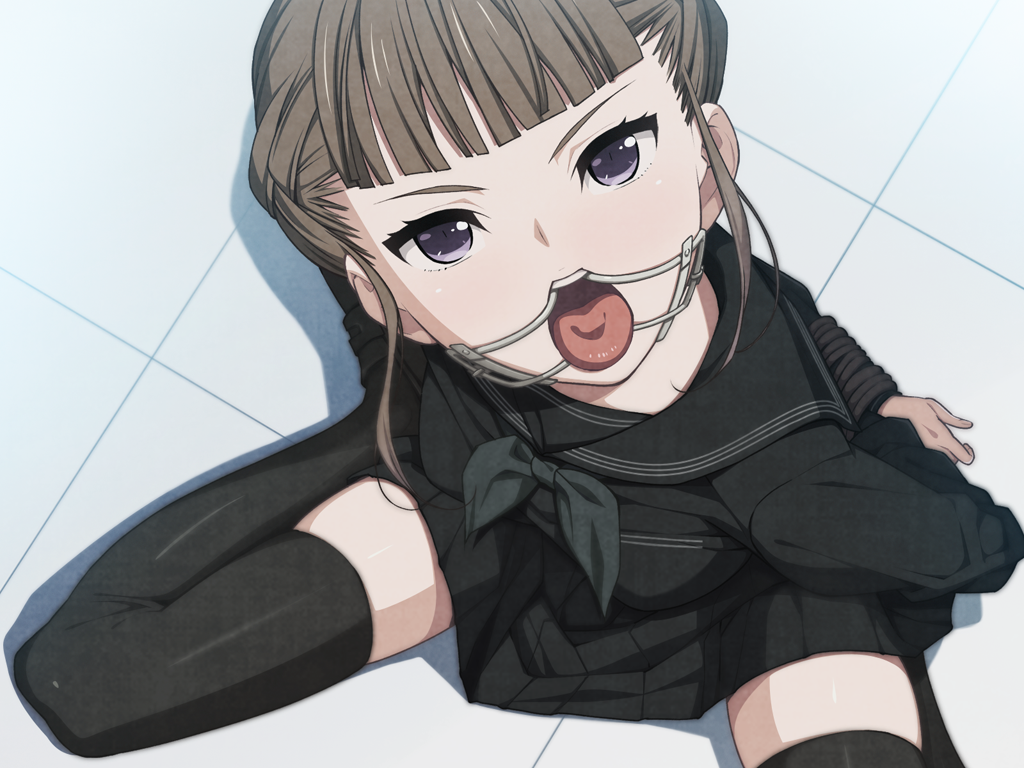 Today we’re happy to present the last interviews with the staff who helped create euphoria! These interviews have been translated from euphoria‘s original website. The final one is with the Character Designer, Hamashima Shigeo.

Q. What were you in charge of for Euphoria?
A. Character design and some of the UI design.

Q. Which part of Euphoria was the most fun for you to work on?
A. I had a lot of fun drawing because I was excited about working on such a dirty game for the first time in a while. Also, I really liked the uniforms in Euphoria.

Q. Which part of Euphoria was the toughest for you to work on?
A. I’ve always worked at the office, but for Euphoria I worked from home, so self-discipline was kind of tough!

Q. Ever feel like you’re a workaholic?
A. I always want to “undo” the characters I write incorrectly when I’m using a pencil or pen.

Q. Is there anything you can’t live without while working?
A. Movies like “Tokiwa-so no Seishun” or anime production shows. Seeing others work hard makes me encourage and scold myself.

Q. What’s the most useful software you use during work?
A. I’m always using “Sai” these days for my line art. I like “GOM Player”, too. I can make the window small and use it to watch DVDs while I work.

Q. Who is your favorite character in Euphoria?
A. Nemu and Kanae. But as far as drawing goes, it was fun to draw Natsuki and Rinne’s hair. Also, drawing Rika’s expressions was fun.

Q. What was the concept behind Euphoria’s UI design?
A. I really wanted to make everything white, but I wasn’t able to do it. You have to be the most careful with the common scenes where everyone’s talking since those are the ones that are displayed the longest. I wanted something simple like subtitles for a movie. I didn’t want there to be a menu displayed at all, truthfully. Like, if you point your cursor at the bottom of the window the menu would pop-up like in Mac OS. I ended up going with a standard constant display for the menu, though, because I was afraid that the one second it took to pop-up would hinder what would otherwise be an intuitive and smooth experience. I’m always doing my best to make sure that our UIs are easy to use for everyone. There were parts I wasn’t satisfied with this time, though, so I’d like to try my hand at fixing that in the future if I get the chance.

Q. Any messages for our Euphoria players?
A. Thank you for reading all of this! If anything bothers you in the game, be sure to turn the display settings to off and please play through the entire game!