Setting and Storytelling in Funbag Fantasy

Funbag Fantasy is set in a very coherent world, with just the right amount of fantasy to push it beyond reality, but not make it convoluted. Occasionally, unless a game is intended to be set totally in real life, it’s hard to pin down just what kind of setting it has. There can be an expansive number of thematic elements, and sometimes things may seem to go back and forth in regard to how technologically advanced the civilizations are. Think, “we just stepped off an airship, but we have no communication equipment to check on our friends”. Seriously, what is up with game character never having cell phones despite their level of technology? There were no instances in FF where I had to stop and say “hold on a minute…”. The world imagery and storytelling was consistently clear enough to allow the dialogue to stand as the primary fuel for the story. Maybe the only part that was slightly unexpected was when they mentioned cannons for castle sieges. By that point in the game I was beginning to think only melee weapons existed. 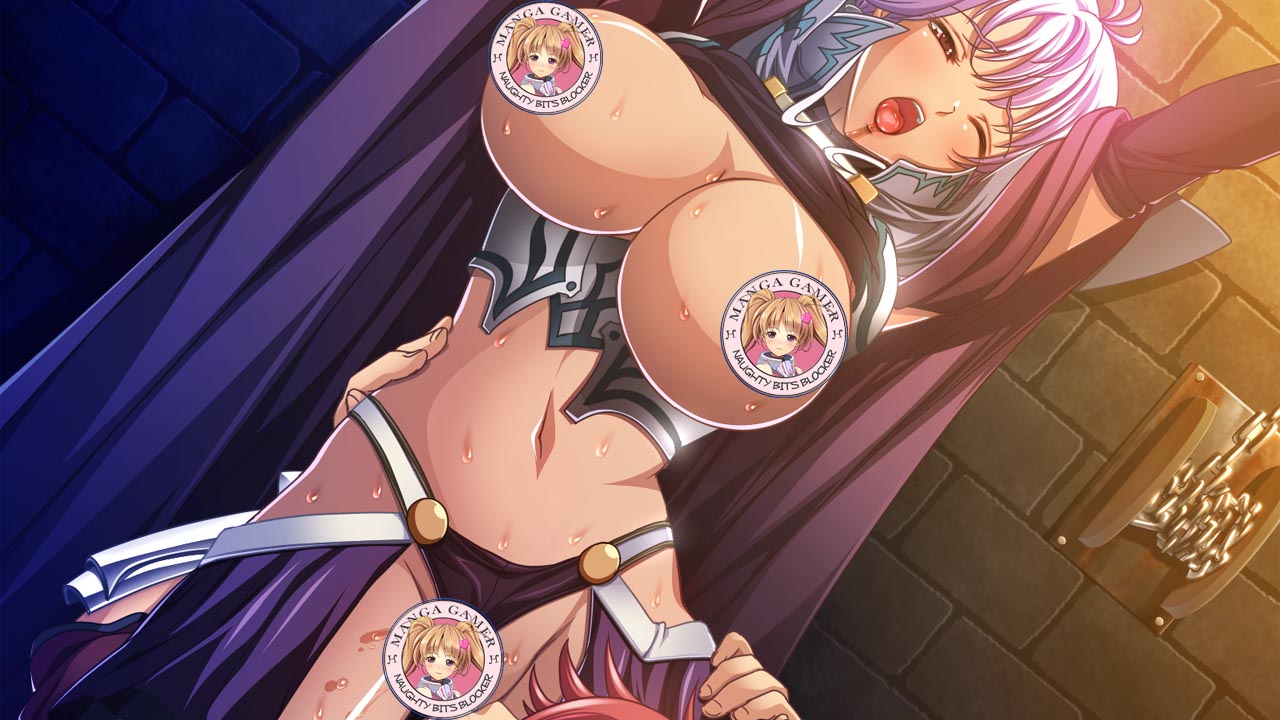 Anyway, I think visual novels/eroge need to strike a better balance between the setting and the dialogue than say, a console game. The dialogue is so very important for the character relationships to develop, that a convoluted world with excessive events may take away from that (for some, maybe not all readers). I really enjoyed playing through FF also because it was easy to classify it as “fantasy” in the more classical sense. Almost historical, garnished with a fantasy finish. This is not to say it’s “simple”, but rather most (not all) of the characteristics about the world become clear early on, and the setting takes root in the mind of the reader very quickly. Things that happen are believable within the established framework, and the shocking plot twists are absorbed seamlessly, allowing focus to remain on the dialogue. I think readers of all levels will appreciate the writing here. It’s fun, simply put. 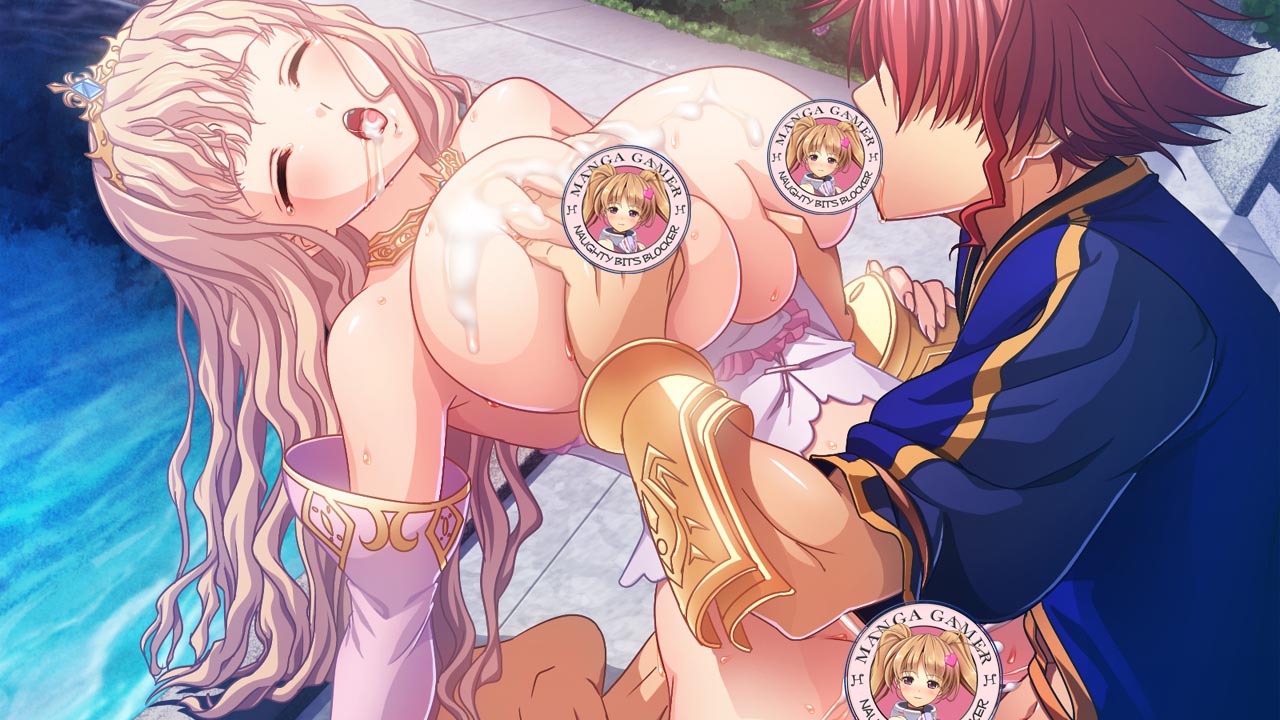 That being said, I’ll try and paint a physical picture of the setting. Edelland Kingdom is the center of the story. The capital city is Shoenburg, where Lute attends the Knight Academy. Each year, new graduates are produced to be dispersed all over the Kingdom to either rural or mid-size castles, or to remain within the capital city to be elite guards. The capital is prosperous, with trimmed tile roads and groomed vegetation, and the sky seems to be always blue. Guards are adorned in golden armor, and things seem very pointy. Pointy gates, pointy buildings, pointy spears. Somewhat Victorian, but at the same time something about it feels less staunch. Rooftops are colorful, and everyone seems to have different taste in clothing. The bra was just invented apparently, so it hasn’t exactly become mainstream yet. The bands, armor, or tightly wrapped shawls seem to do fine though. It really reminds me of Dragon Quest VIII on PS2 actually. Tons of “town girls” in that game have huge racks and just wrap them with purple shawls or whatever. 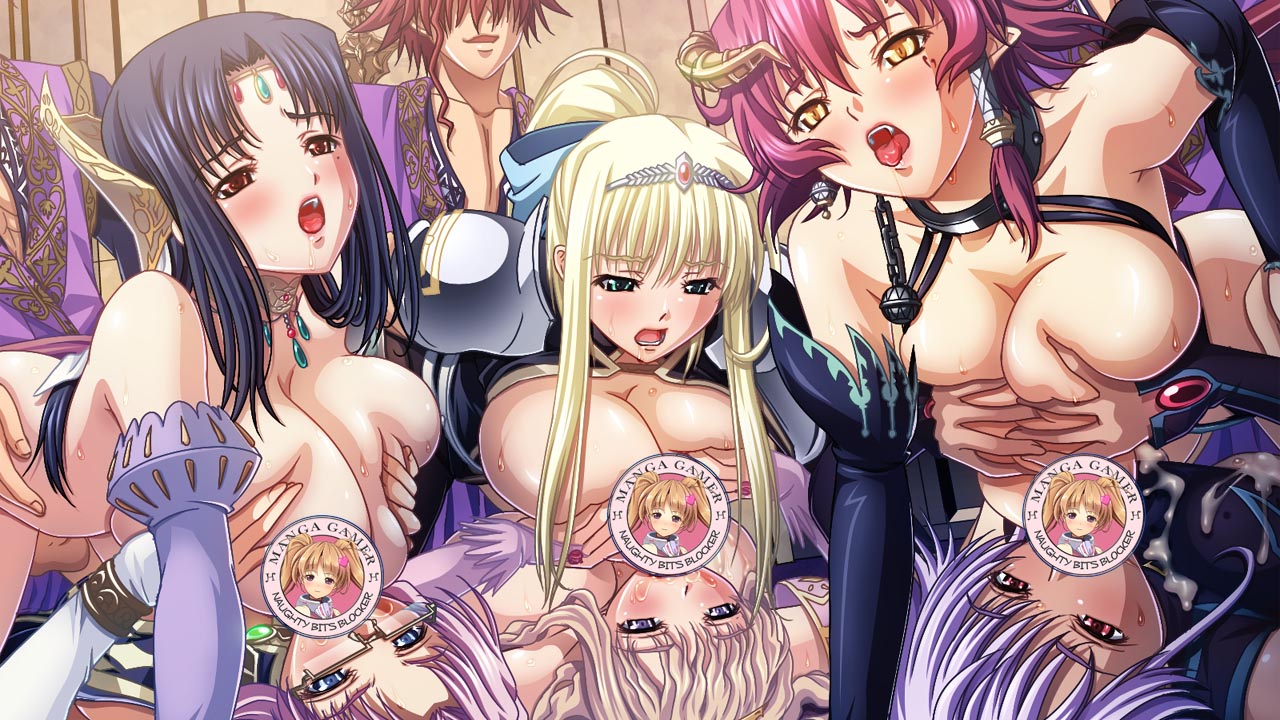 The game is more or less divided between “kingdom” settings, and “natural” settings, with both being very atmospheric. They also represent the opposing story routes, which, without giving anything away, hints at the respective endings you can expect. There was a lot of color in the story. From lush natural settings to various hair colors on the characters, not to mention their skin tones and clothes. Funbag Fantasy is just very “nice” to look at all around, and in my opinion really outdoes itself with fast-paced and trim storytelling.

Funbag Fantasy will be available this week on September 9th! Pre-order now to save 10%