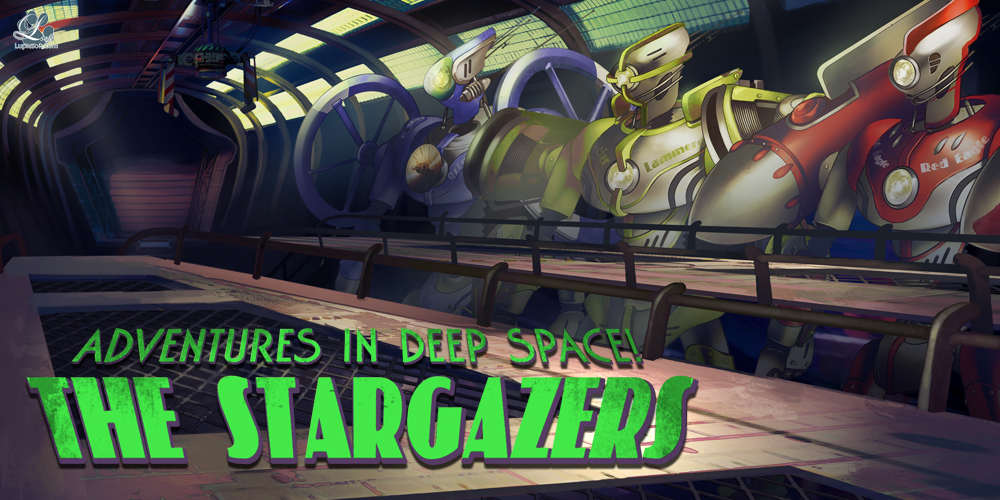 Hi, this is Kitty-tama and today I want to discuss one particularly nifty detail I took note of when testing The Stargazers.

In a typical visual novel, when you make decisions, they don’t usually carry over into future playthroughs. Essentially, you start over with a clean slate when you start a new route. This isn’t so much the case with The Stargazers; every little decision you make stays consistent with each subsequent playthrough. This detail made for a pleasant surprise as I tested this game. When I began going through the first route, Temperance’s, and got to the scene where I could choose between three food items, my very first thought was “Oh, one of these scenes…” 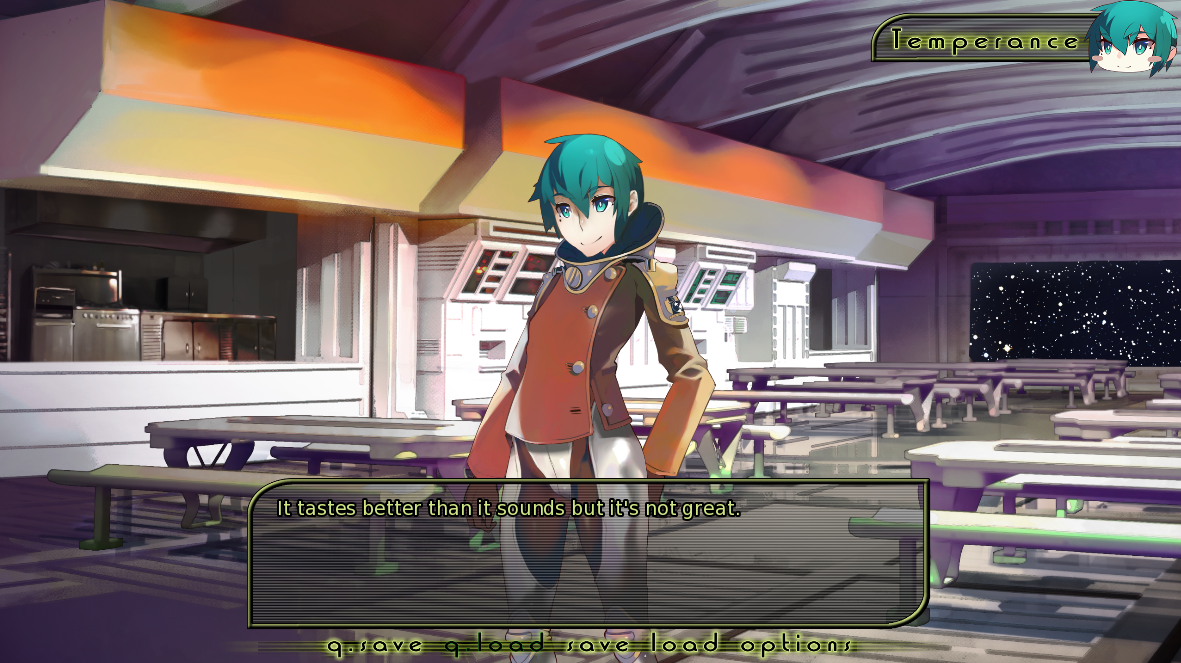 However, when I reached the same scene in the next route, I was impressed to see that Temperance ended up eating what I’d chosen when doing her story! Sometimes it’s the little things that really stand out. 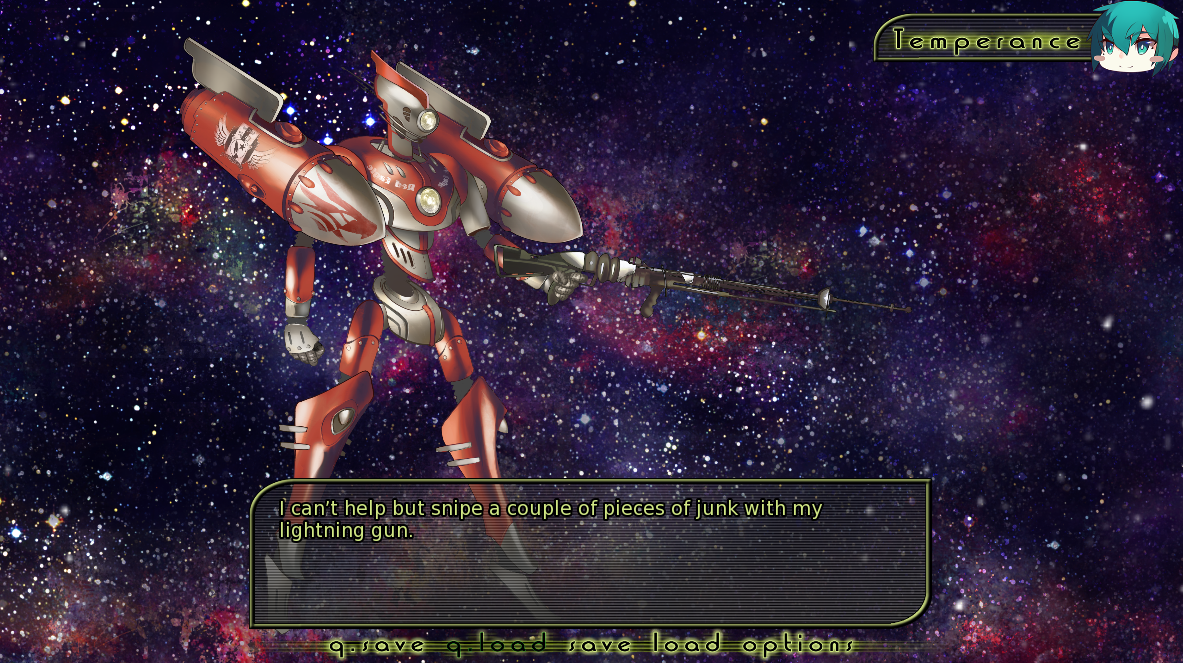 The Stargazers has quite an abundance of decision points despite its short length. If you like a game with a higher decision point count and not feeling as if you’re just staring at a screen with little interaction, this game definitely is a solid pick. 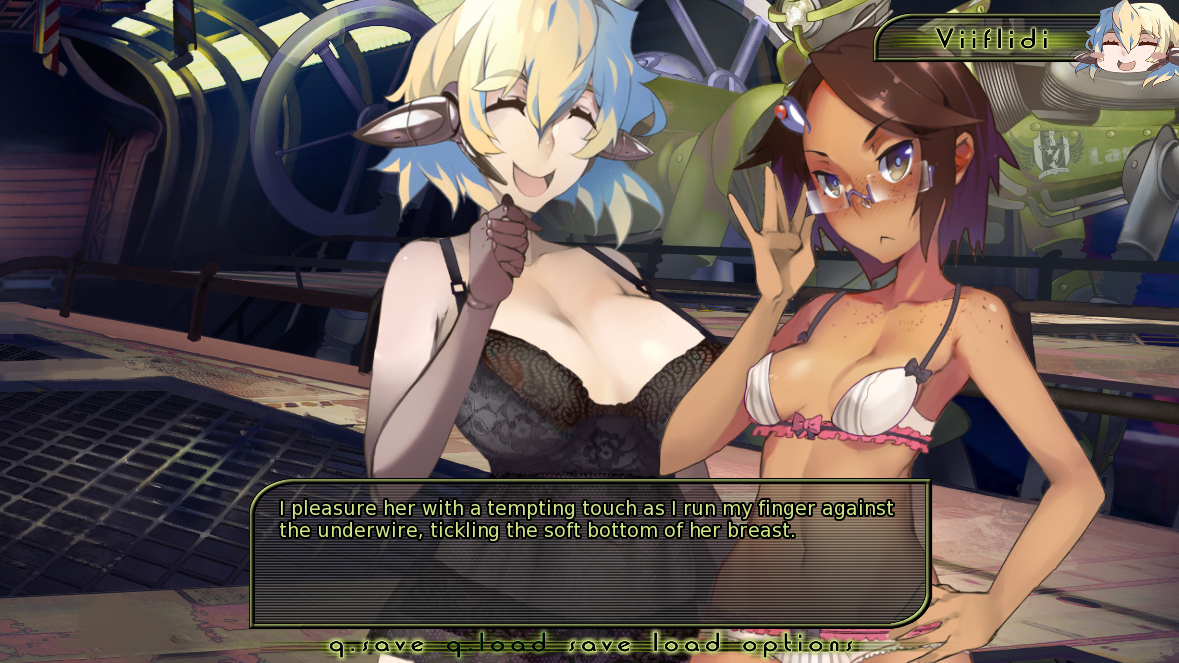 I enjoyed The Stargazers; it gives off a cheesy sci-fi pulp fiction feel (with yuri!) alongside an engrossing, if short, story. I won’t spoil anything, but the romance aspect to the story was quite different than most VNs and while the execution was a little bit clumsy, it had its cute moments! I was a tad disappointed in its shortness simply because I wanted to see more of the girls’ adventures in space, but what was in the game was fun and I had a pleasant time testing it.

Until next time, everyone!