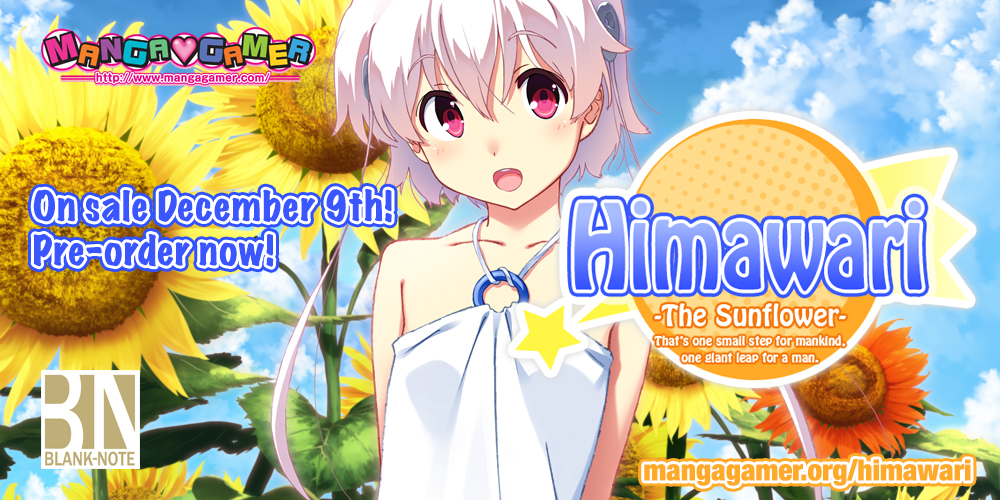 Today, we have a translator’s corner from Conjueror!

Hello there. It’s Conjueror, the lead translator of Himawari. I’m not exactly too big on coming up with stuff to write for blogs, but since Himawari both holds a special place in my heart as well as is deeply intertwined with my history as a visual novel reader and translator, I figured if I’d ever write something, it’d have to be for it. I’ve got a review for the actual game coming up on my own blog, so here I thought I could share my brief history with this game and how it led me to this business.

I initially found out about Himawari back in 2008 when I was randomly browsing erogamescape and noticed it having suddenly popped up ranked as the #2 best visual novel of all time right under YU-NO (albeit with very few votes, but still…). Curious, I clicked on it and was instantly exposed to a bunch of screenshots that looked like a dumb loli moege (it even had a tagline “Live together with alien loli girls!”), which naturally upset me greatly. At that time I was in a kind of a visual novel slump, feeling like I’d exhausted all of the good stuff after finishing F/SN, Ever17, Baldr Force, Parfait, and Urobuchi games (Muramasa, Dies, Baldr Sky, or Subarashiki Hibi weren’t even out at the time). Anyway, feeling kind of insulted by the fact that such a seemingly low-brow game could be rated so highly I got my hands on Himawari with full intent to hate and rip it apart. 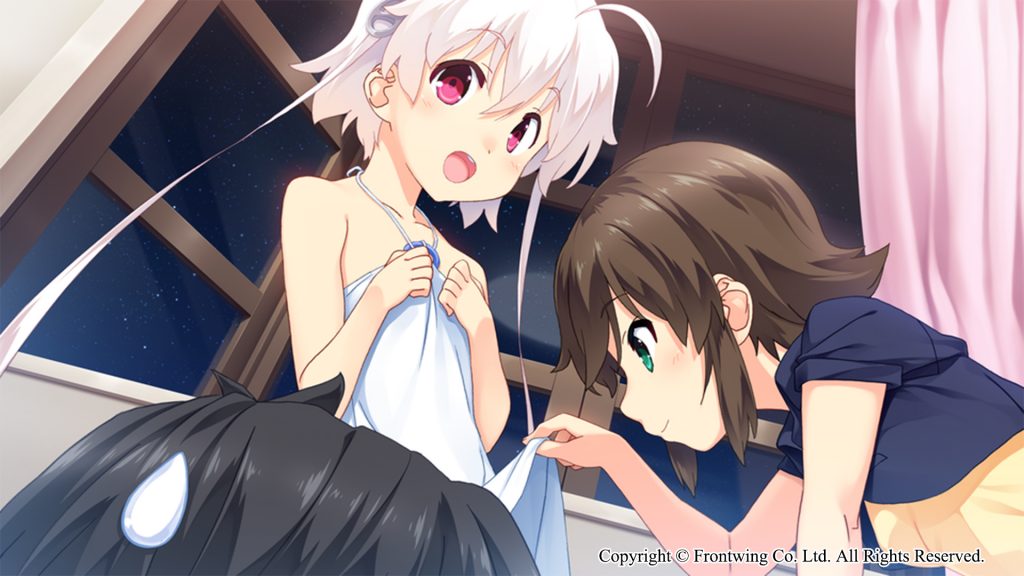 What got ripped apart instead however was my heart, in the wake of the explosion of my mind. Himawari might not necessarily resonate with everyone, but it’s such a unique game with so much soul and thought put into it, everyone should at least try to experience it once. Besides being funny and heartbreaking and shocking and scientific Himawari deals with the theme of having to come to terms with your limits as a human being with such genuineness it feels almost autobiographic. To put it into VN terms, you could say it’s about the boundary between chuuni and reality that all of us have to cross one day as we grow and mature. Well, more about that in the review, I guess!

I googled the game later and found out that originally it only sold a modest amount of copies in 2007’s comiket but all people who bought it went so batshit crazy about it, the writer had to print more copies or he risked to have his house raided. It’s really an incredible success story where a game went as big as to later be voiced by some of the most famous voice-actors in the business (who became huge fans of the game themselves in the process) and receive VITA remakes in 2015 solely through the word of mouth of dedicated fans. If that is not a sign of kamige, then I don’t know what is. Jump to 2014, I’m sitting in the lab of one of the better universities in Japan, purifying DNA from a bunch of lizards, wanting to kill myself because my old chuuni self didn’t realize that was how real science worked, and undersea monsters and aliens and terraforming and time travel were all science fiction. And in that moment I suddenly realized — my life was everything that Himawari was trying to tell me about. I figured that I was living a mistake.

At around the same time through random googling I found out about the successful Grisaia kickstarter and this site called Fuwanovel where people speaking English actually seemed to read visual novels. That was truly an eye-opening discovery for me, as having started reading VNs a bit earlier than most I got so used to the idea they were exclusive for Japanese speakers I never even noticed the sudden appearance of this peculiar fan-translator community. 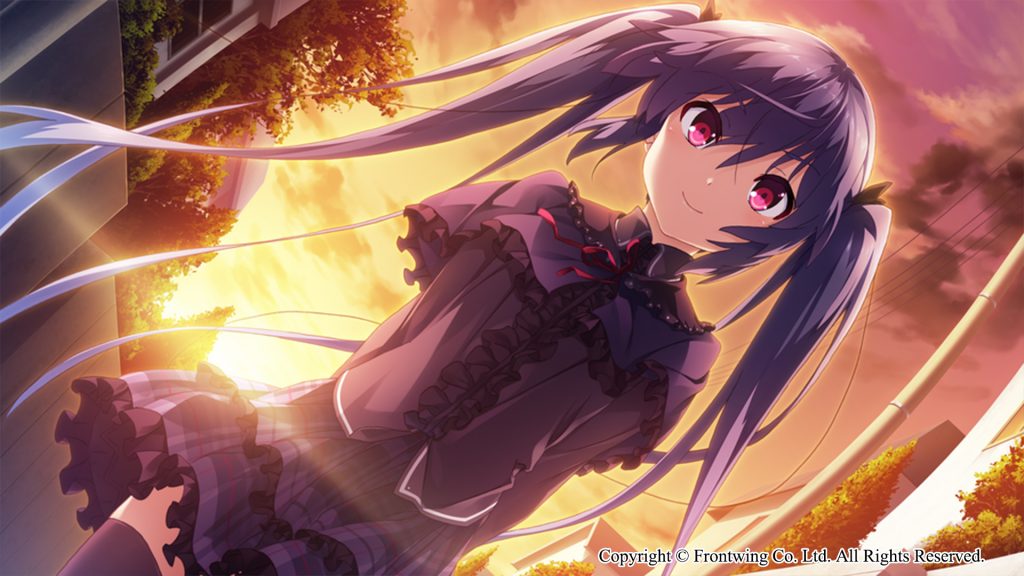 Besides my research, during my university years, I also worked for a bunch of Japanese translation companies translating manuals, tourism pamphlets and the like, which too kinda sucked but, well, you’ve gotta do something to earn those greens. So I figured I might as well try my hand on some more “literary” translating too and why not do it with Himawari, that remained a part of me since 2008.

I posted on the aforementioned site, stating my interest in testing my skills in fan-translating a visual novel or two, especially this one called Himawari… and in about an hour I get this super fishy e-mail from this weird guy saying he has a private translation and VN developing company, and that he’d like to hire me. I thought he sounded a bit kooky, but since I was planning to fan-translate Himawari for free anyway, I didn’t care if that was a scam or not, especially since he seemed to have a whole bunch of useful hackers and other translators (of questionable skill) already recruited for his “company.” I could probably write a whole book about my adventures with that guy, but he turned out to be kind of… resourceful, but also completely mad. Still I’m genuinely grateful to him for two things; one, for planting in my head the idea of making money from my translation work; two, for recruiting GareJei (the person who I thought, and still think, is the best writer that ever dabbled in VNs) after I complained his other translators wouldn’t be very useful.

GareJei and I really hit it off from the very start, both with our taste in games and VNs, and our translation philosophy. Back then, Gare was still not that confident in his Japanese ability (not to imply he already wasn’t better at Japanese than most of fan-translators around) and I was worried about my writing skills as while I read a lot of books I never really tried to write anything creative on my own, while my experience translating consisted mostly of boring manuals. Anyway, back then, we basically made a pact — that’s still probably in effect — that I’d help Gare with Japanese and TLC his scripts, while he’d help me with English in return. In retrospect, it worked out even better than I expected — when together, we turn into an ultimate translation monster (kinda like Gogeta… of translations). 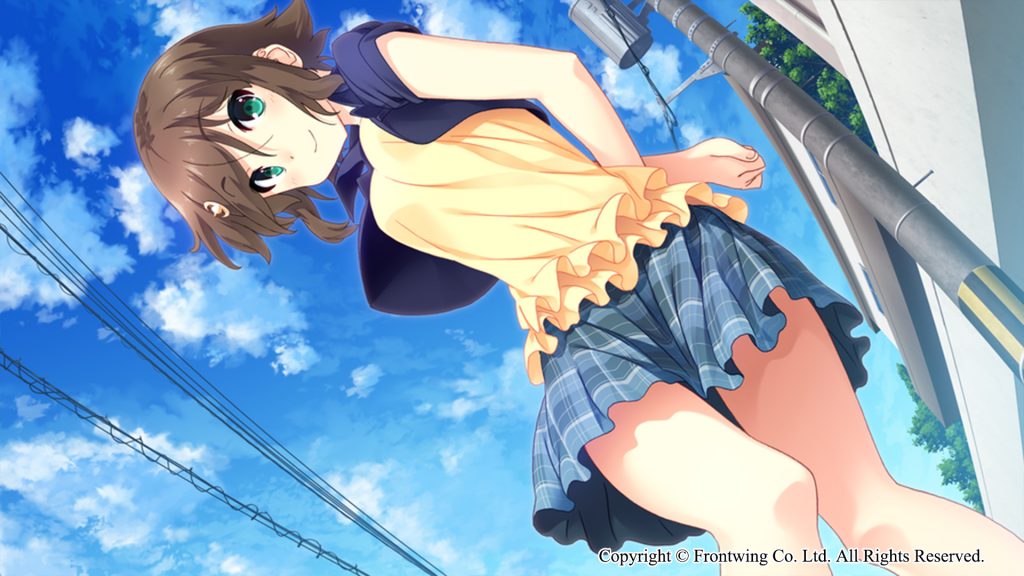 Anyway, it didn’t take us that long to realize that our venture with our current “employer” was going nowhere, so we figured to take the initiative and attempt a different approach. Luckily, Moogy — a fairly prominent person in the VN community — used to frequent GareJei’s blog, so we ended up contacting him about the project and showing him our early scripts. I won’t go into the details, but through him we eventually got into contact with MangaGamer who were almost uncannily friendly and supportive to our venture. To make matters even more interesting, after contacting all the relevant parties regarding the game they found out that a remake of Himawari was actually in production (and it started at pretty much the same time as our fan-tl project!), making the game even more desirable for their company.

At that point, I realized it must have been fate, no doubt about it. I mean, what were the odds? There was not a word about Himawari since the release of the PSP version back in 2010 as far as I was aware.

Anyway, that was a little story about what was going on behind the scenes of Himawari localization, and about how I and GareJei became a part of this business. About a year later, I quit my university and manual translation job, and now I couldn’t be happier about my life.

One final note, since it seems like there were some questions raised in regards to censorship within the game: As some may know, Himawari was first released as a doujin (indie) game almost ten years ago, and after it gained popularity it has been re-worked multiple times. In the process, things like adult content (three scenes in total), some possibly offensive jokes, and underage drinking have been rewritten by the original author to appeal to the mainstream audience a little bit better.

By the time VITA version came out last year, the game has been updated so many times — at this point it had completely redrawn visuals, new music, voice-acting, and more polished writing — the original doujin game comes off more like a draft in comparison to what the author considers the final product right now. Not to mention, the two are considered two different games as far as localization rights and expenses are concerned.

I have been working with the author when I translated the game, and while I originally planned to bring some things back from the original version he has convinced me to keep most of the changes he introduced over the years, with only minor tweaks on my part. No additional changes were made to the game or script to censor it for Steam or a Western audience in general.