A Kiss For The Petals The New Generation – Tester’s Corner Vol. 2 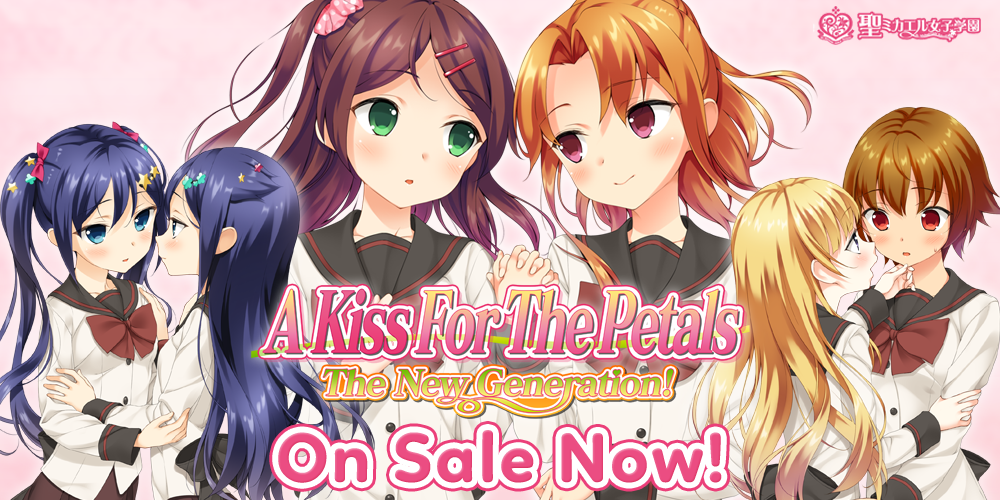 Today, we have a tester’s corner from Puffketeer!

Hello again, everyone. I am puffketeer, and I am quite excited to be able to write this particular Tester’s Corner. It is plain to see that 2016 has been, thus far, quite an amazing year for the proliferation of yuri visual novels in English, a niche-within-a-niche whose addressing for the English market is undoubtedly long overdue. And no visual novel is more proudly representative of this genre than A Kiss for the Petals, also known as Sonohana, the contraction of its original Japanese title. You may have heard of it, you may have sampled the early titles, and if you’re like me, you likely first became aware of the series through its animated OVA adaptation, originally released in 2010 and recently reissued on Blu-Ray this year as well. But, like many truly notable visual novels, there is so much more to this series than what its outward appearance may suggest. And with this English release of The New Generation, which marks the series’ first official 18+ English release, and one devoid of any censorship at that, we hope to truly demonstrate how yuri will save the world. 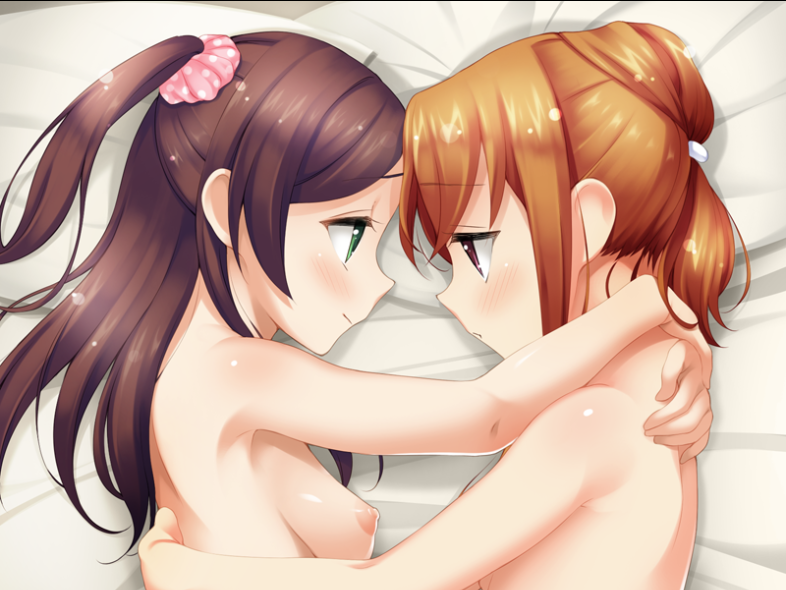 As you may be aware, 2016 marks the series’ 10th anniversary, an occasion which the developers of the series have been all too eager to celebrate. Since the surprise sleeper hit of the original game back in 2006, Sonohana has truly been in a league of its own. While many visual novels tend to be one-shot stories, with occasional fandiscs to provide extra story content for any loose ends not initially tied up, or to provide extra routes for popular side characters, Sonohana has stuck to its guns and refused to stray from its own remarkably liberal-minded ideology, while building quite an impressive universe of characters & settings over multiple games, drama CDs & light novels. Of course, the series’ most notable trait is the complete nonexistence of heteronormativity; at St. Michael’s, girls liking girls is, as series producer Mi Kara Deta Saba has said, “the most natural thing in the world”, and certainly not an avenue for catering to the fetishistic desires of heterosexual men. Anyone predisposed to that sort of thing can go watch Valkyrie Drive; this is not the yuri you are looking for. 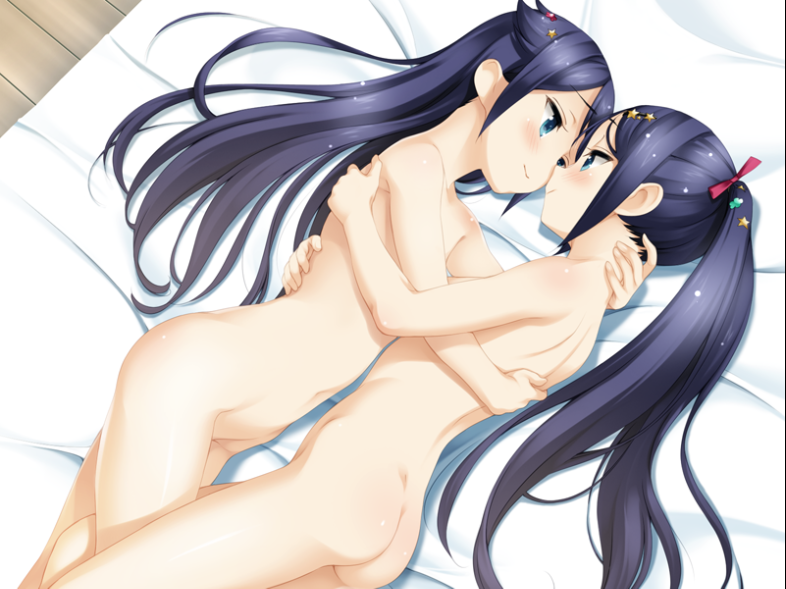 Rather than asking the viewer to project onto, or otherwise step into the shoes of, a male protagonist, Sonohana simply opts to give the viewer a glimpse into the lives of couples who are either about to fall in love, or are already in love, told through their own eyes as they grapple with their feelings, and with coming of age as well. Beginning with The Maidens of Michael in 2012, the series’ first effectively “full-price” title which aimed to provide much more content in one game than the original doujin titles could, the series took a unique approach to the route-based structure of many romance VNs. Each route in the full-length Sonohana titles runs concurrently with the others, each focusing on a particular couple, none of whom take priority over another. Indeed, with these newer titles has seen an increase of interaction between members of each couple as friends & classmates, fleshing out their characters even more, which the early titles never really engaged in aside from occasional, fleeting cameos. 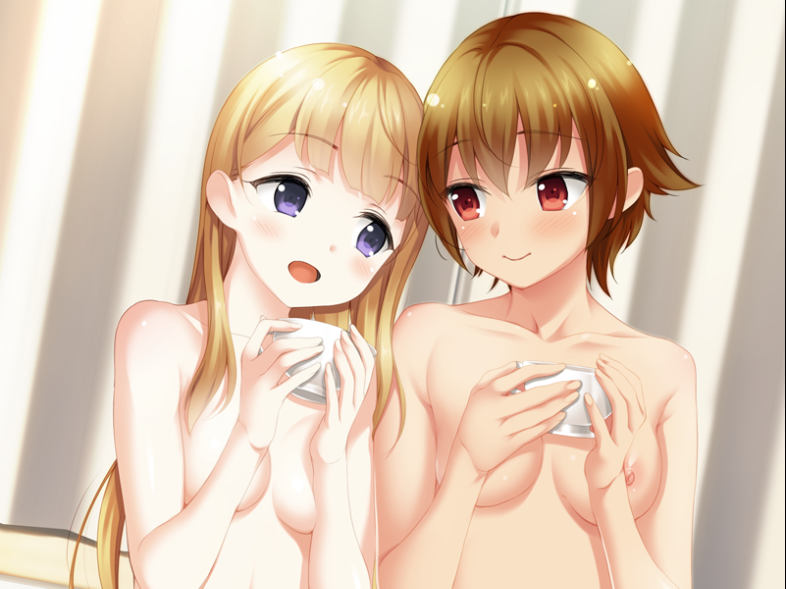 In New Generation, we are shown three couples, all of whom get their own route, all of whom have their own unique chemistry, and all of whom are an indisputable joy to watch falling for each other. The first couple, Hazuki & Manami, are a couple not atypical of others which have come in the series before; they are very much a “commoner falls in love with rich girl” couple, much like Nanami & Yuuna from the very first game. Indeed, Hazuki shares Nanami’s most distinguishing trait, her constant daydreaming, and if anything, is quite a bit more vigorous with her imagination than Nanami often is. However, Manami is a markedly different type of contrasting character; she is, naturally, a wealthy young refined lady… or so the outward appearance she gives at school would suggest. Meeting Hazuki allows her to open up an entirely different side of her, but to say any more would be spoiling the wonders for you all. 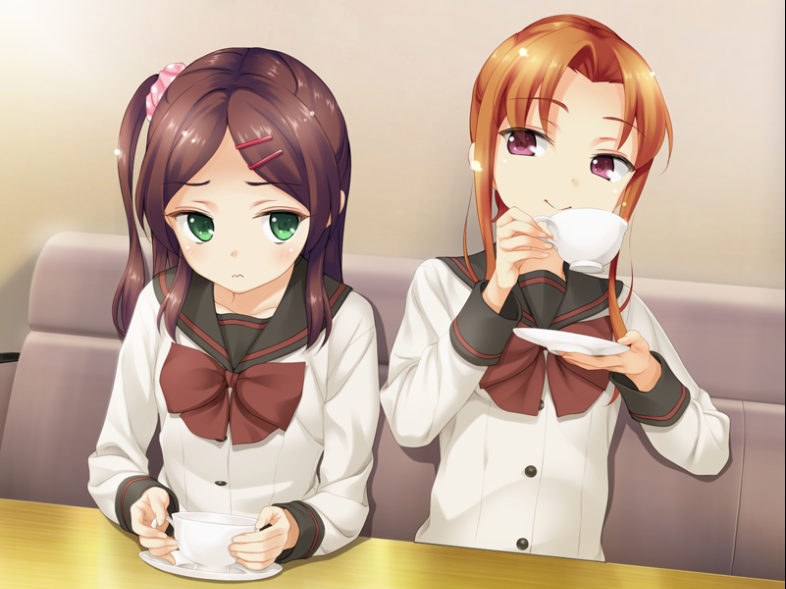 We learn to live with a little pain, my dear / We love the tension in the atmosphere
The Puppets – “The Way of Life”

This said, it is the other two couples, childhood friends Rina & Nagisa and long-separated, recently reunited twin sisters Ai & Aya, whose stories truly make New Generation shine. Rina & Nagisa are a pair of close friends who are not above public displays of affection, and yet seemingly scared of tearing down the very last wall separating their friendship from becoming a genuine romance, while Ai & Aya are long-separated twins, both bearing the pain of separation and isolation from one another due to their separate upbringing, but also at odds on how they express their concern & affection for each other precisely because of their separate upbringings. Both couples are definitely at a “much more than friends, but not quite lovers” stage, who go through no shortage of pain to tear down that barrier, and the viewer may even be prompted to shed genuine tears at the most serious moments in their stories; I know I certainly did once or twice. 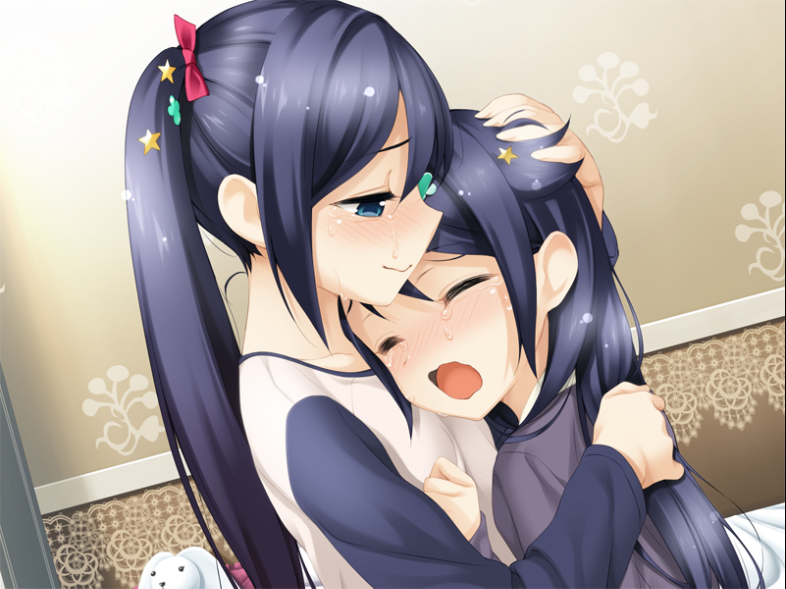 With the series’ increased emphasis on storytelling & characterization over its existence has come a rather surprising display of maturity in the depiction of sexual content, along with philosophizing over how sexuality & romance go hand in hand. Given the general conservatism & continued prevalence of casual sexism in certain areas of Japanese society, Sonohana has always been quite liberal-minded in its underlying message – love is love, irrespective of gender, social class, or any other factors which may divide the common humanity of two people. In New Generation, the concept of consent is openly discussed without whitewashing or hesitation, to particularly powerful effect in Rina/Nagisa’s route, and one character’s line is a direct rejection of the idea that non-heterosexual relationships are somehow less valid. The sex scenes are, naturally, no less explicit than one might expect, and yet almost painfully intimate, intended to arouse the viewer both physically and emotionally, focused squarely on depicting the tenderness & shared desire of two who are in love. Contrasting with the early titles, the story is no longer in service of the sexual content. Rather, they are perfectly in balance with, and inseparable from, each other. In Sonohana, love begets sex, and sex without love is nothing short of a sin. Sex is natural, sex is fun, sex is best when it’s one on one. 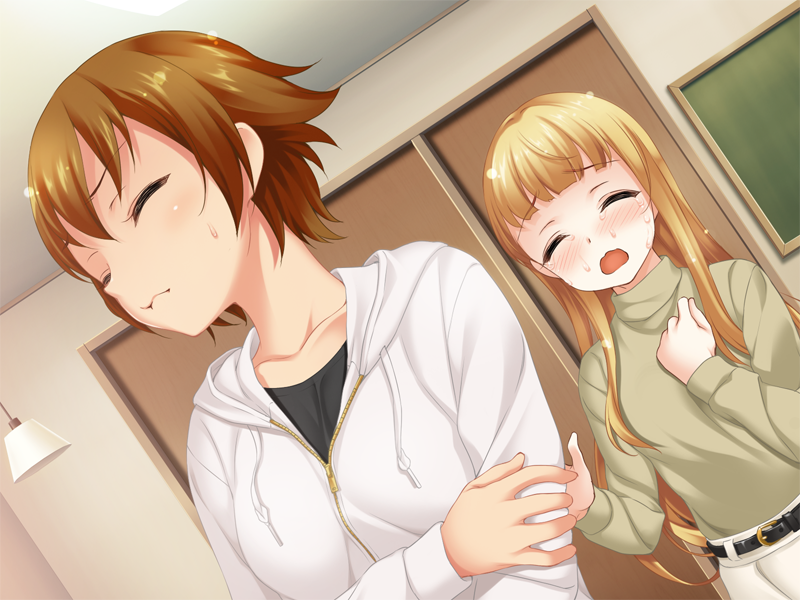 Did I see tenderness where you saw Hell? Did I see angels in the hand I held?
Talk Talk – “Living in Another World”

For those of you who may have previously thought Sonohana to be nothing more than mindless yuri nukige based on the early titles, we do hope that with this, the series’ very first fully uncensored, 18+ English release, we can coax you to reconsider that view. And we also hope that, with your support, we can be afforded further opportunities to bring the many, many more titles in the series, and perhaps even the glut of drama CDs, light novels, & other offshoots of this marvelous universe, to you in English, with much the same level of effort & love we have poured into both this title and Remembering How We Met. I am a firm believer that yuri will save the world; we would be grateful if you, too, can become a believer, with not a trace of doubt in your mind.

Here’s to another 10 years of Sonohana, and may the world overflow with yuri.

Tagged  a kiss for the petals, New Generation, sonohana.
Bookmark the permalink.