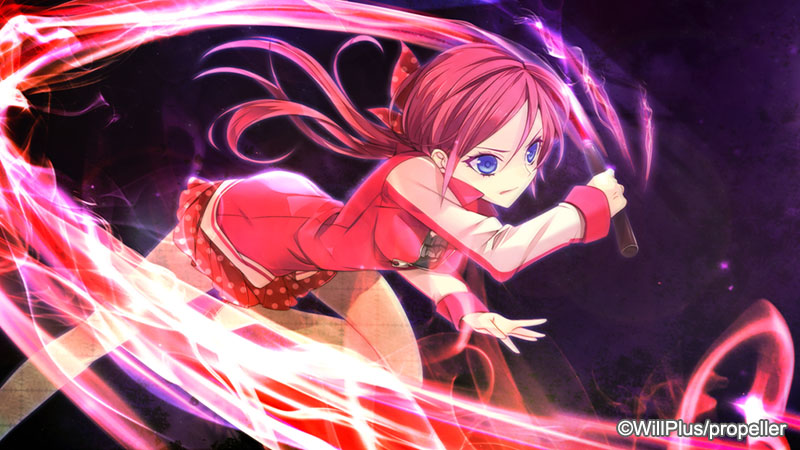 Today, we have a tester’s corner from Xarrias!

Hello, this is Xarrias, and this is my sixth Tester’s Corner for MangaGamer, and my second one for a Propeller title. I’d actually been really looking forward to this one ever since it had been announced, since I enjoy the magical girl genre and female protagonists. However, I might not have been quite right there. While there’s undeniably a magical girl influence on this title – I wouldn’t be surprised if people compare this to Puella Magi Madoka Magicka – it’s definitely something else entirely. 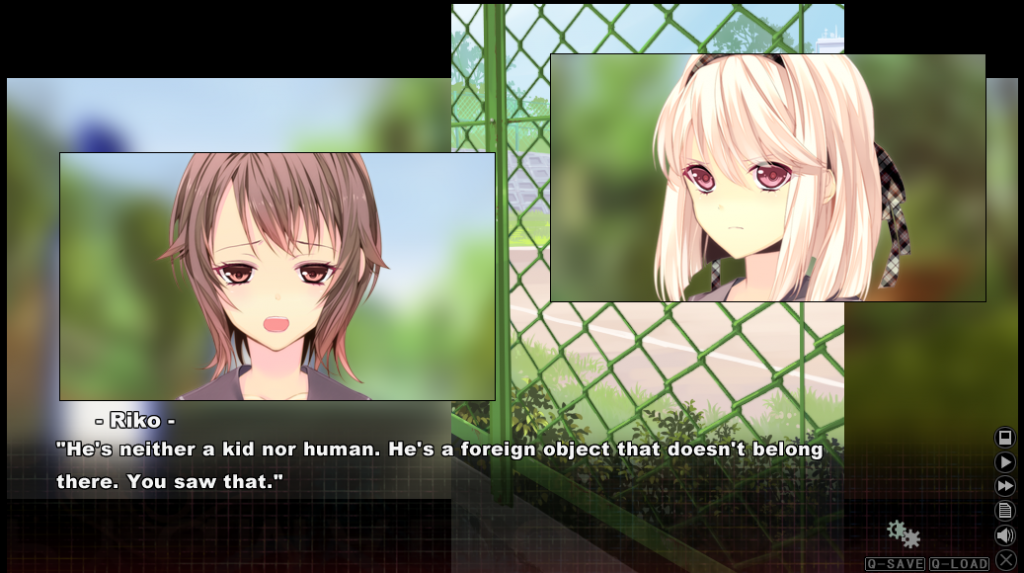 Dolls are less than human.

Mina is our heroine, and she starts out, as you might expect, uninitiated into this hidden world where human-esque Dolls manipulate events behind the scenes to cause the downfall of the human race for their hubris. However, from the get-go she’s led to question whether humans are actually in the right here, and if there’s more to these Dolls than she’s been told. She witnesses atrocities committed by both sides in this conflict, is forcibly conscripted, witnesses the death of people she cares about, and has to manage her relationship with her friends that have no idea about what’s going on all before the opening movie plays. Without spoiling anything, this is far from all that happens in this story, and there are twists-a-plenty for your reading pleasure. 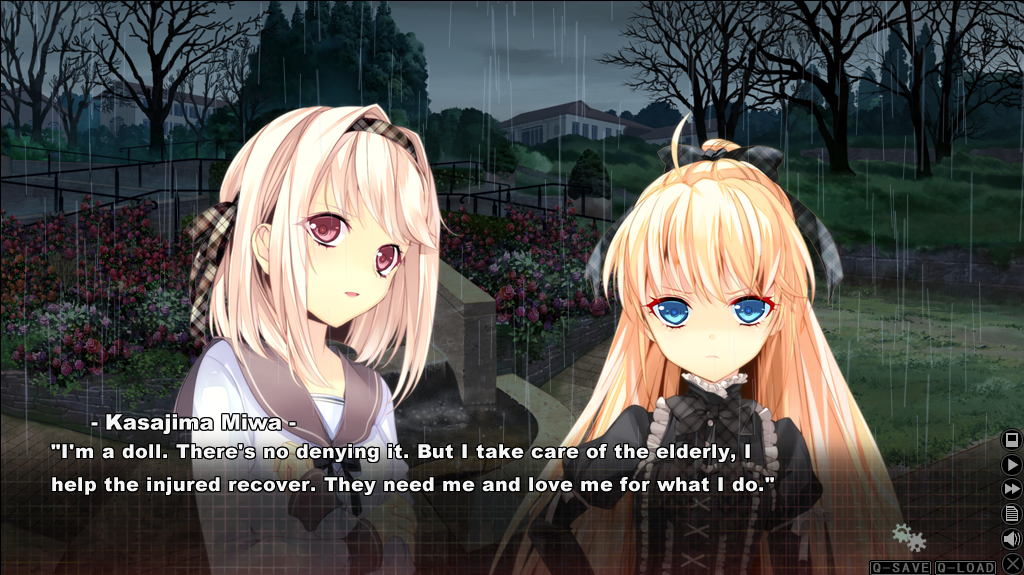 Are we the baddies?

Two characters that particularly resonated with me were Jessica and Jay. Jessica, as you might expect from her name, is a young Western girl currently residing in Japan. She’s also a foul-mouthed, hyperactive, combat-loving troll and gadfly with excellent fashion sense and often one of the first to bring up the moral failings of her own side. She quickly shows just how much she cares for those around her despite her sharp tongue and is a good source of comedy and drama. She’s also voiced by Kana Hanazawa, so hearing her voice such a character after Raziel from Tokyo Babel and Akane Tsunemori in Psycho-Pass and nailing it completely made me smile. Jay, on the other hand, seems like a redshirt at first. Big tough guy with a deep voice – surely he’s going to die early on without and character development. However, despite the female-centric cast, he shows himself to be akin to a father figure to all of these girls, and perhaps a bit more to a certain member of the cast. He’s always there when you need him most, ready to offer advice of both practical and philosophical value, a shoulder to lean on… or perhaps a timely rescue with his sub-machine gun. 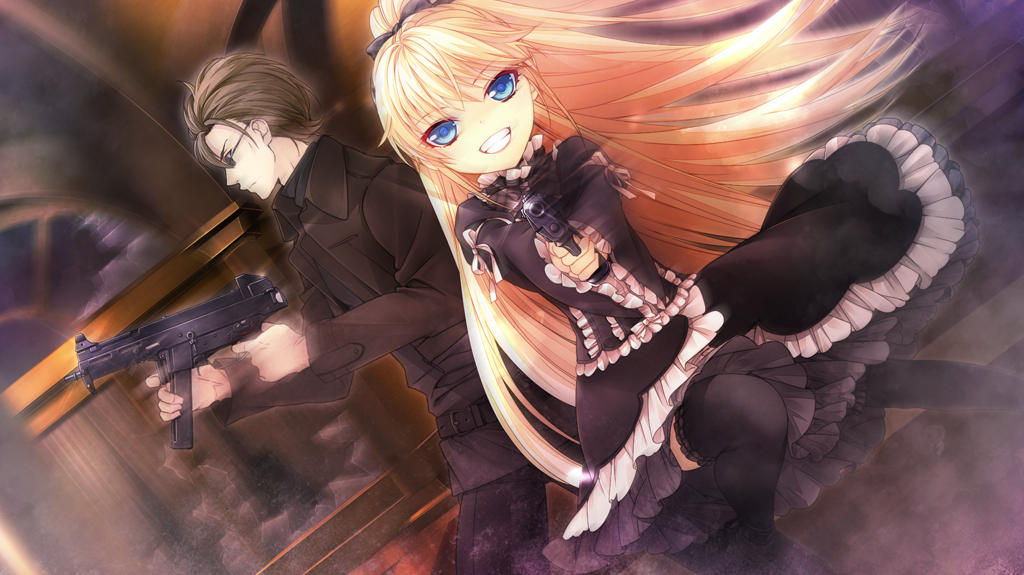 I may have compared this to Madoka earlier, but I actually think this is more like a certain other magical girl franchise released in the mid 2000’s. And, like that series, I do not think it is perfect despite thoroughly enjoying them. It seems like Propeller ran out of money or time at some point in the creation of this, leading to some issues like CGs not matching the description in blatant ways that are unable to be easily fixed due to the plot critical nature of them and a drop in the quality of writing for the endings that are not the True End. While interesting, I feel like they should have either elaborated on them more to make them fit with the rest of the work or simply cut them entirely and focused their efforts elsewhere. As they stand they are a bit of an oddity that one must go through before they can reach the True End. Other than this decision, this is more of a kinetic novel, featuring less choices than Princess Evangile. 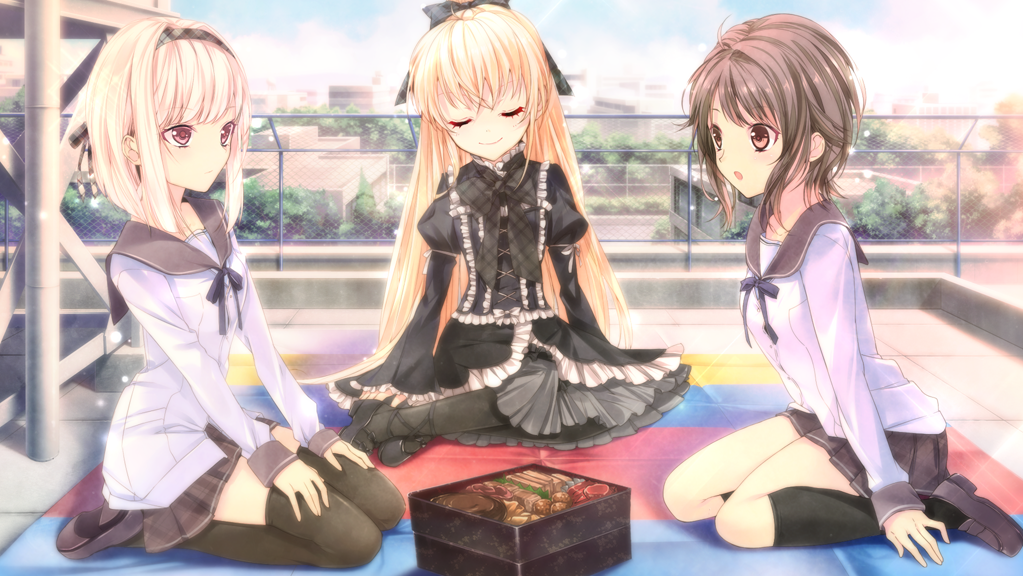 As an all-ages title, there’s no explicit nudity in this game, however there are definitely scenes where the characters are nude and in compromising situations. Yuri relationships do take a front-row seat here, and even feature importantly in the main plot, but I wouldn’t call it a yuri game in the same sense I would say that Kindred Spirits is. This is definitely a story about loss and tragedy, interspersed with slice-of-life moments to break up the tension and weight of the main story and humanise the characters. Though it may not share the same writer as Tokyo Babel, there’s still a similar feel to it, so if you liked one, I’m sure you’ll like the other. In the words of Makoto: 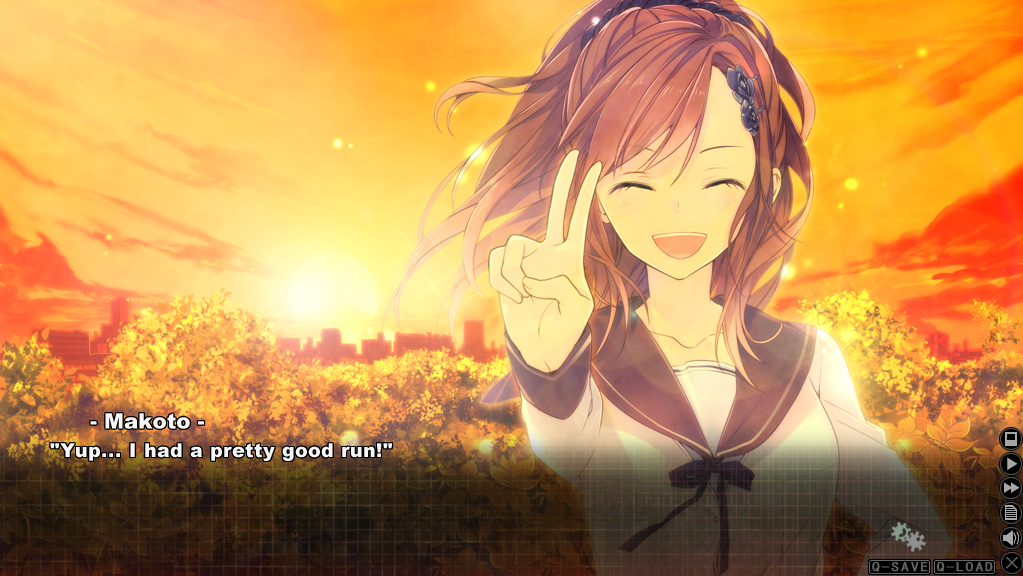