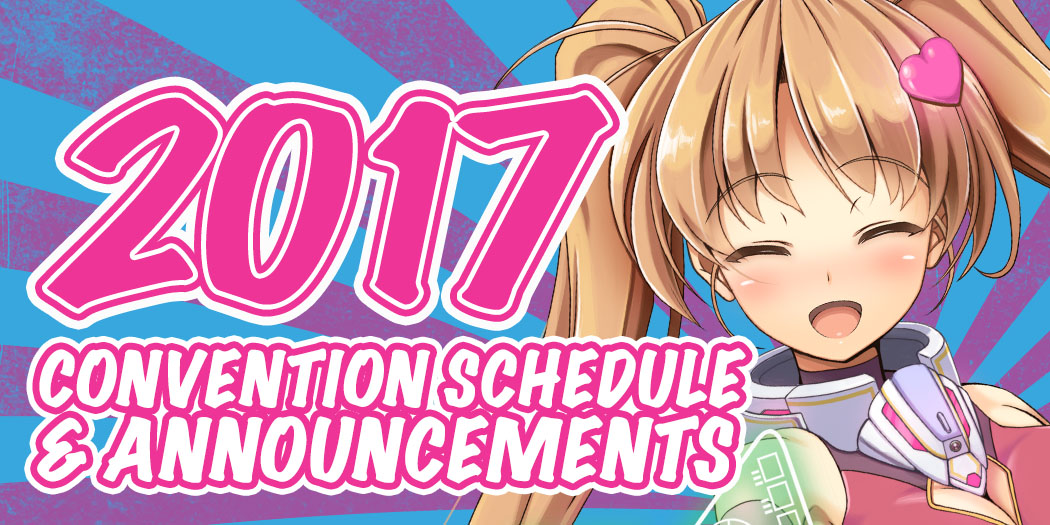 Hot off our panel at Anime Boston, we have our first set of announcements for 2017! 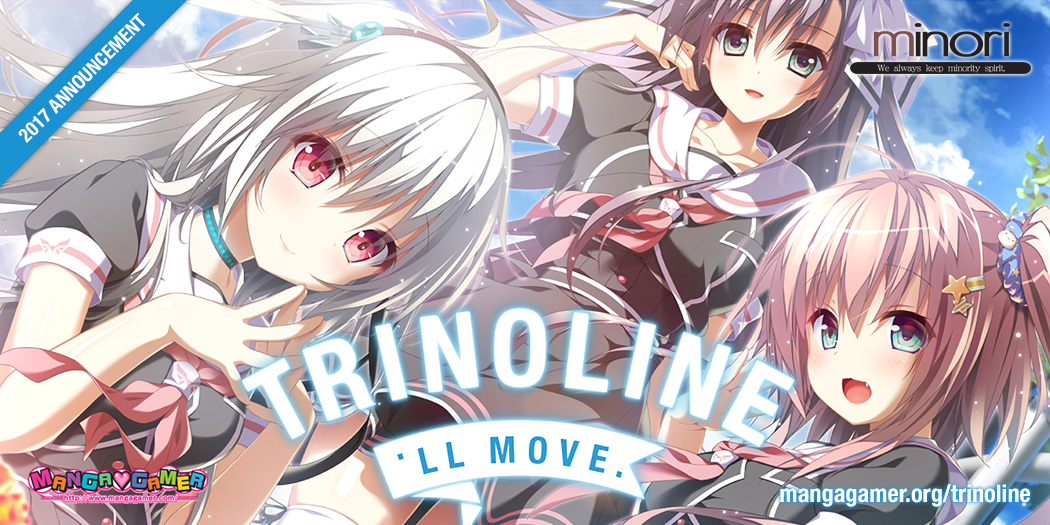 First up, Trinoline from minori!

We hope to bridge the gap and bring Trinoline to English-speaking audiences in 2017!

More details about this title can be found on the Trinoline landing page! 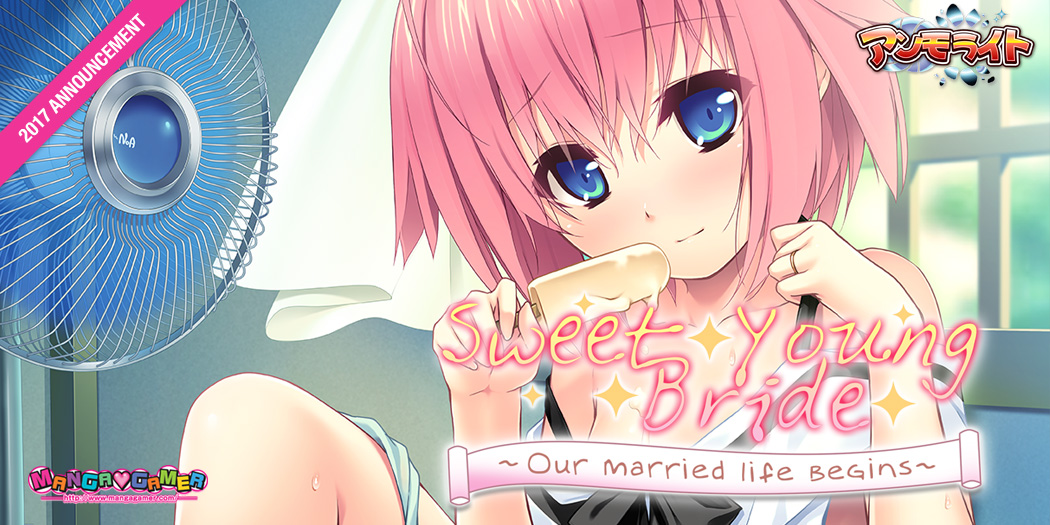 Secondly, we’re excited to reveal one of our secret projects: Sweet Young Bride ~ Our Married Life Begins ~  from Ammolite!

A government-sponsored marriage program has become a normal part of everyday modern life. It’s something average people like Kouta, who figures he’ll have to search for a wife on his own, really want to take advantage of. One day, he is contacted by agents from the Program, notifying him that they have selected him as a participant. He’s introduced to a girl named Hazuki Izayoi, and the two are quickly married and start their newlywed life together.

Release information will be made available via our social media streams and blog in the very near future! 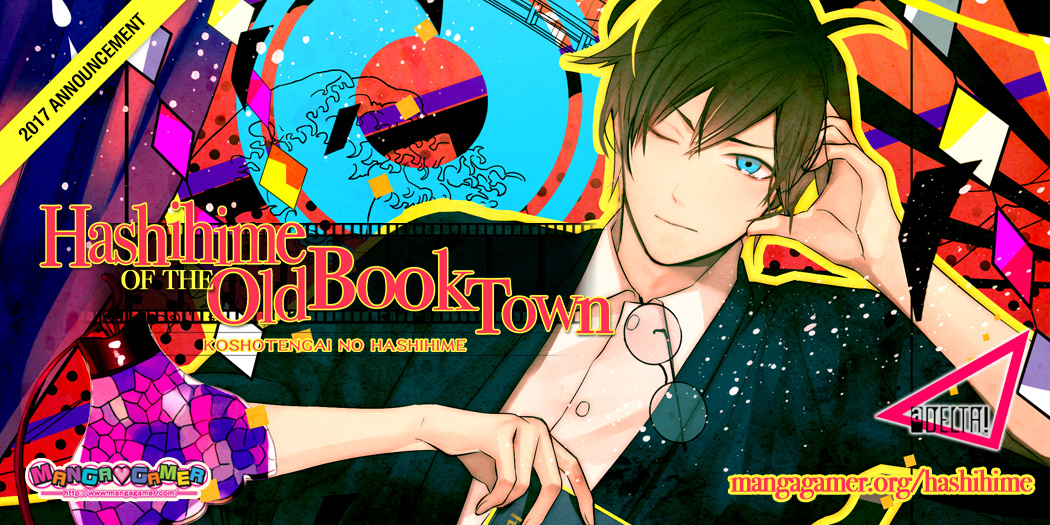 Next, we’re pleased to announce our newest BL acquisition, Hashihime of the Old Book Town, from indie developer ADELTA––coming to both MangaGamer.com and Steam!

Jinbochou, Tokyo. June 1922, Taisho Era. The Rainy Season.
Tamamori came to Tokyo with his sights set on getting accepted to the Imperial University. However, he doesn’t pass the entrance exam, and is so undisciplined and wrapped up in endless fantasies that he’s kicked out of his boarding house after only two years. Through a stroke of luck, Tamamori begins to live and work at Umebachidou, a used book store. There, he enjoys whiling away his time as a “student preparing for entrance exams” and taking advantage of friends who are also from his hometown. But one right after the other, mysterious deaths befall those friends and, realizing he’s been repeating the same rainy three days over and over again, Tamamori finds himself racing throughout Jinbochou to save them.

In this psychedelic mystery that surrounds the deaths of his friends… What is real, and what is a hallucination?

More details about this title can be found on the Hashihime of the Old Book Town landing page!

And last, but certainly not least, we’re excited to reveal our special guests for Anime Expo! 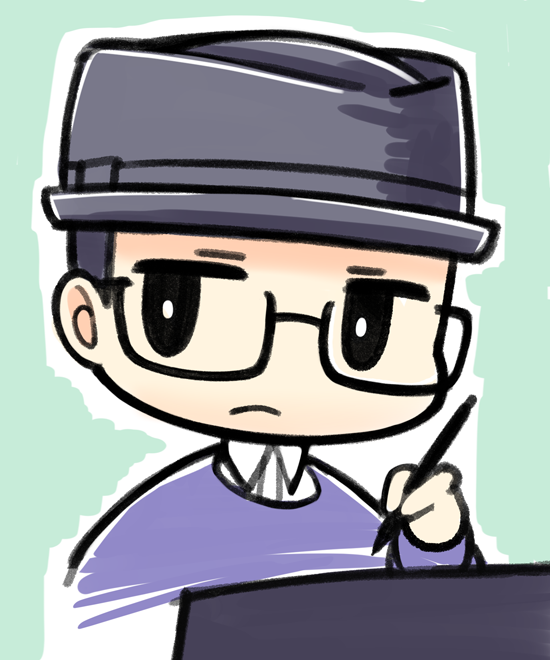 First up, the lead concept artist, graphic designer, and illustrator at MOONSTONE, Mr. Ran Yamakaze! He is known for his modern take on Japanese “moe” art style, making him stand out among the plethora of notable artists and illustrators within the industry today. 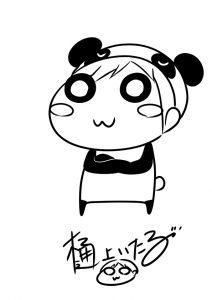 And we’re also bringing Ms. Itaru Hinoue! As a character designer and illustrator, Itaru Hinoue is an iconic figure within otaku culture. With popular titles such as Rewrite, Little Busters!, and Clannad among her many accomplishments, she easily stands out amidst her contemporaries in the industry. Her unique art style is popularly considered the archetype for modern “moe,” making her illustrations and designs easily the most recognizable in the genre.

But what could her presence mean, I wonder? She could be working on a new game, but is this real? Could this be a hint as to why we’re bringing over an artist long associated with Visual Arts and Key?

That’s it for Anime Boston! Our next panel on the con circuit will be Anime Central! Panel and booth information can be found on our convention announcements website!