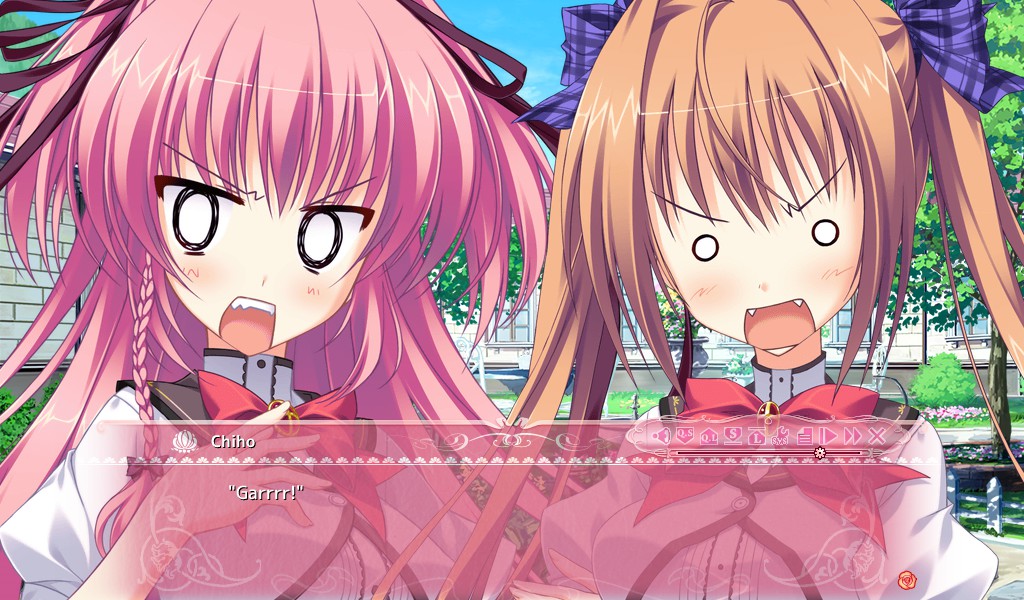 Hello, this is Xarrias, and this is my eighth Tester’s Corner for MangaGamer. This is a special one for me, as the very first project I did QA for was Princess Evangile. I distinctly recall in my very first Tester’s Corner that I lamented the lack of a Ruriko route. I’m sure a lot of other fans wanted this as well given her prominence in the story. Well, ask and ye shall receive, and Moonstone and MangaGamer have delivered upon thee not just a Ruriko route, but a total of FIVE routes for other characters, in addition to epilogues to the original four heroines! Truly we must live in a just world… or at the very least one that caters for fans of Princess Evangile. 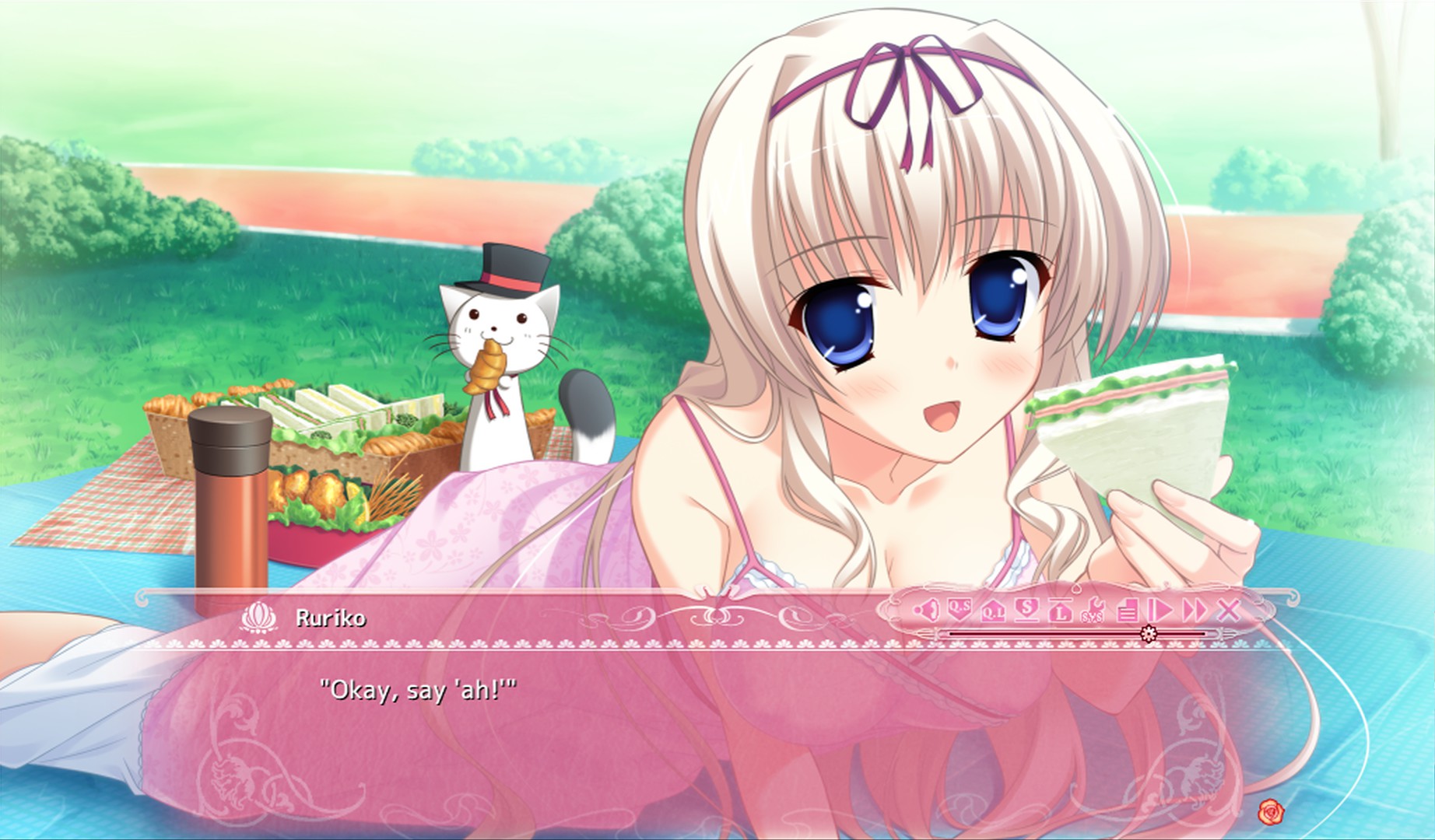 One thing I’d like to say off the bat is that W Happiness has a slightly different feel to it than the original does. For one, the drama in this isn’t quite as strong as it was before. This is to be expected from the epilogue routes given that the main struggle has ended and little would be able to rival it, but this is the same as in the routes for the side girls. Instead, the game focuses much more of its attention on the relationship of whoever you may be wooing. This can be a positive or a negative depending on what appealed to you about the original. If you wanted something lighter and fluffier, you can expect double the happiness from W Happiness. 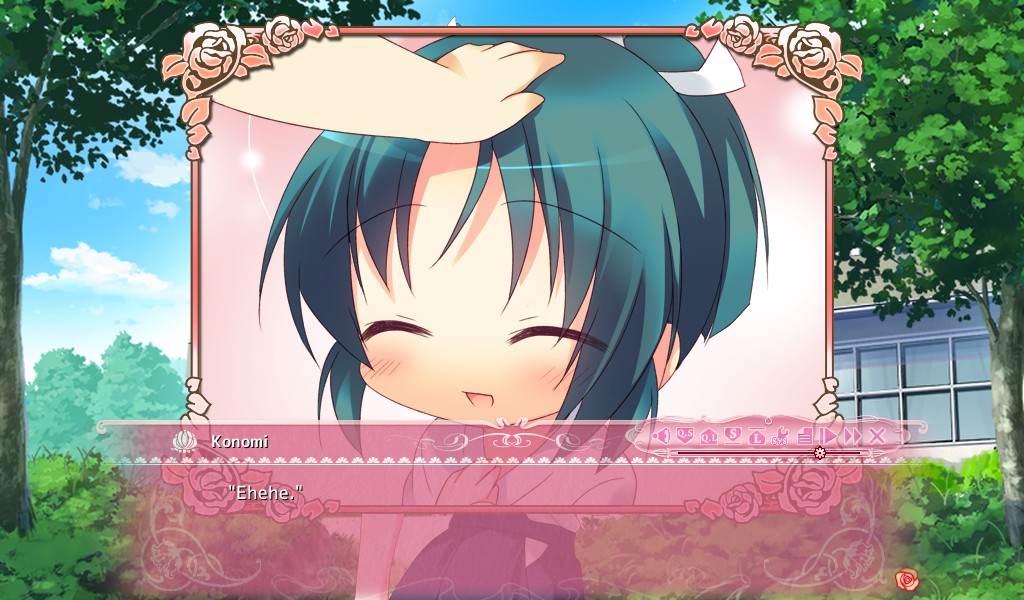 That’s not to say there’s not drama or tension, but expect more headpats, less headbutts

To those of you who may have wanted more in the way in erotic content, let me tell you right now that ‘fan disc’ in this context is likely a reference to ‘fanservice’. There is a lot more sex proportionally compared to the original. In particular, if you feel like there wasn’t a lot of French sex for those of you who like sausages in a bun, Moonstone saw fit to include such a scene for almost every single girl. Which isn’t including the actual act of hotdogging, which also gets a bit of screentime. In fact, a few more kinks for those who like things a little less traditional have been thrown it, so I’m sure there will be something that appeals to you unless you’re looking for something super extreme – in which case why aren’t you playing KuroInu? 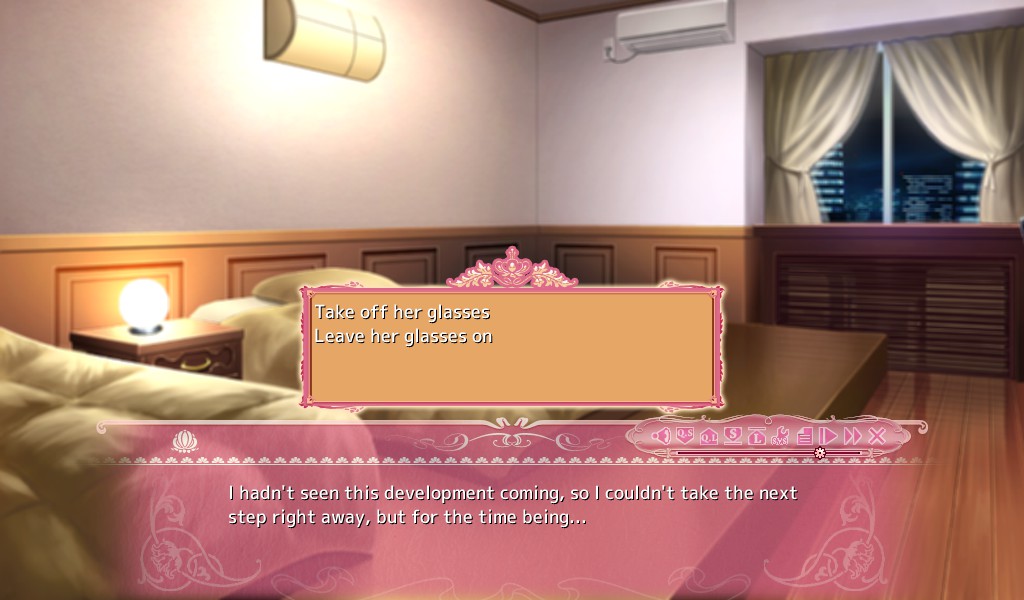 I’m not kidding. There’s even something for people who like glasses. THIS IS THE BIGGEST CHOICE IN BOTH GAMES!

Now, this game isn’t perfect. I feel like some characters were better represented in this than others and had better routes – Ayaka in particular feels like she got shafted. However, when the game is on point, it’s incredibly strong. Konomi and Tamie in particular showed off their comedy chops, and while I had high hopes for the latter, the former came out of nowhere and delivered a swift strike with her naginata to steal the show. I blame a certain in-universe book for this. 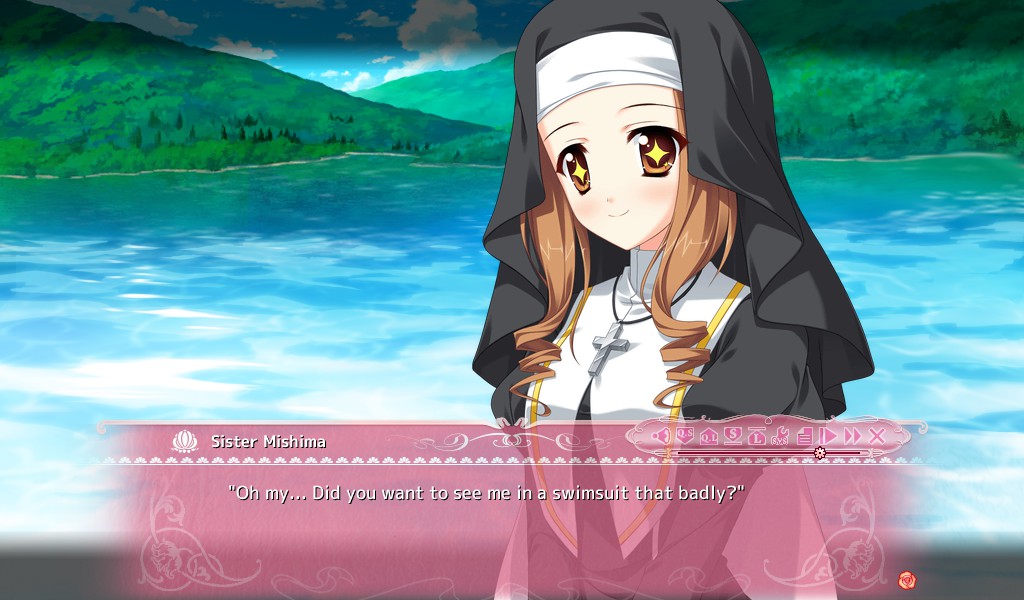 Not in this game, unfortunately. Isn’t it sad Sister Mishima?

While there is the option to access the common route in this, and there are some flashbacks to remind readers of what happened previously, this is very much for fans of the original. If you liked Princess Evangile and want to see more of Vincennes, you should definitely pick this up. If you didn’t, chances are this isn’t for you. If you haven’t played the original, what are you waiting for? Go and read that now! You’re making Rise and Chiho angry!