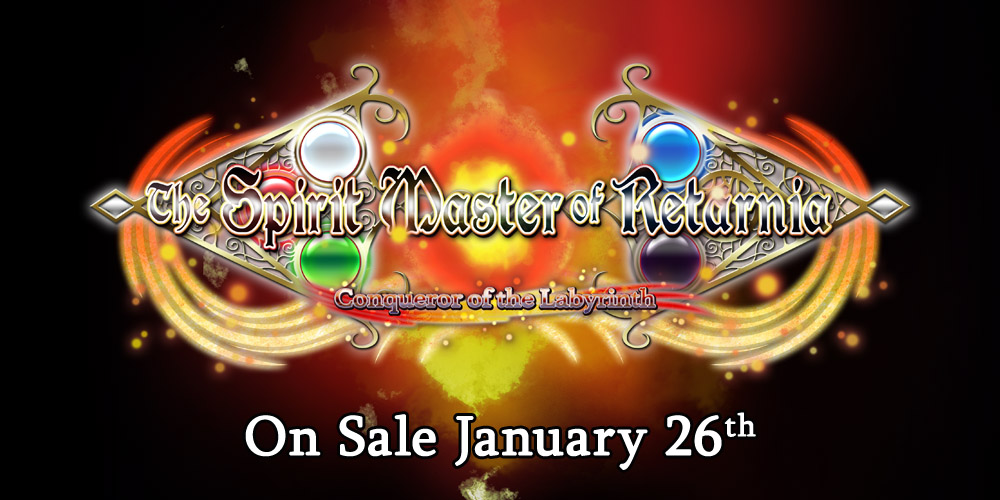 Hello, everyone! Kaitsu here again as the editor for The Spirit Master of Retarnia ~Conqueror of the Labyrinth~. If you haven’t already read the translator’s corner, you can check it out here.

Let’s get started, shall we? 😉

First, I’d like to talk about the monster designs. As someone who hasn’t played very many RPGs, and the ones I have played were very cutesy-looking, these detailed and unique illustrations left quite an impression on me even after I finished the game. Not only do the enemies grow more powerful as you progress through the game, but their designs become even more eye-catching. Seriously, Belial looks like he can rip your freakin’ head off with his pinky finger, but will look absolutely fabulous doing it. 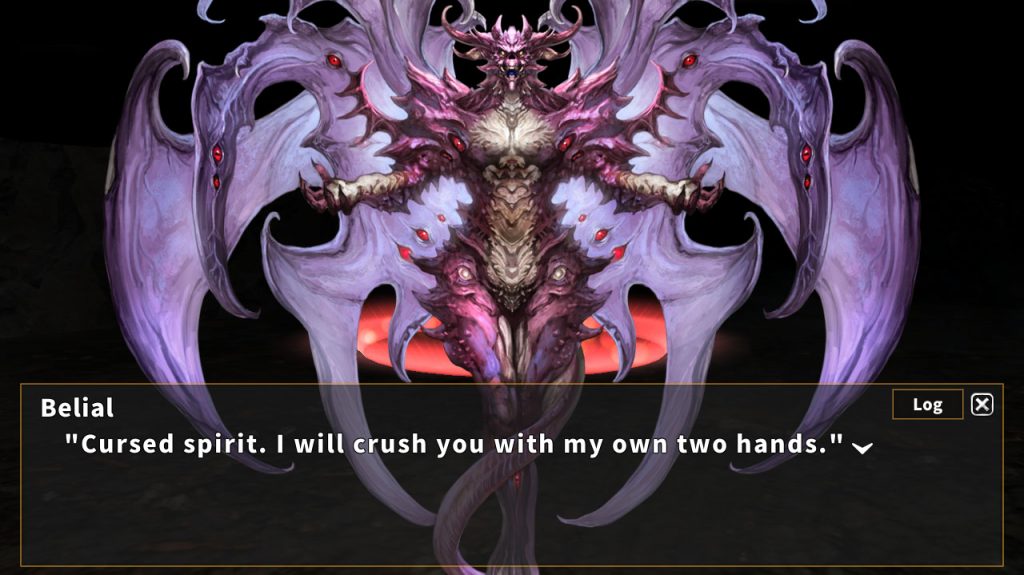 There are a number of interesting-looking monsters you will encounter over the course of your journey and I hope you can appreciate the illustrations as much as I did!

Anyway, I’m going to shift gears a bit and talk about the main cast!

First up, we have Leonard. Our main protagonist is a rather spirited (no pun intended) guy who goes above and beyond the call of duty, is loyal, has a rather positive outlook on life, is considerate toward others, and is naturally inquisitive. Not a bad guy to have as a main character, right? Having a laid-back MC, who doesn’t have a heart attack at the sight of a tit, was a nice change.

Speaking of tits, let’s talk about his spirit companions! The first spirit you encounter is the White Spirit Norn, a strong, faithful, caring, and quite perceptive young woman. She and Leonard kick things off rather quickly and the transition from Master-Servant relationship to lover feels quite natural as you progress through the game. To be honest, Norn was definitely my favorite spirit companion. Hnnnnnng. She’s voiced by Himari, who has provided voices for Kanae from Euphoria, Croix from Evenicle, and Chocola from NekoPara. 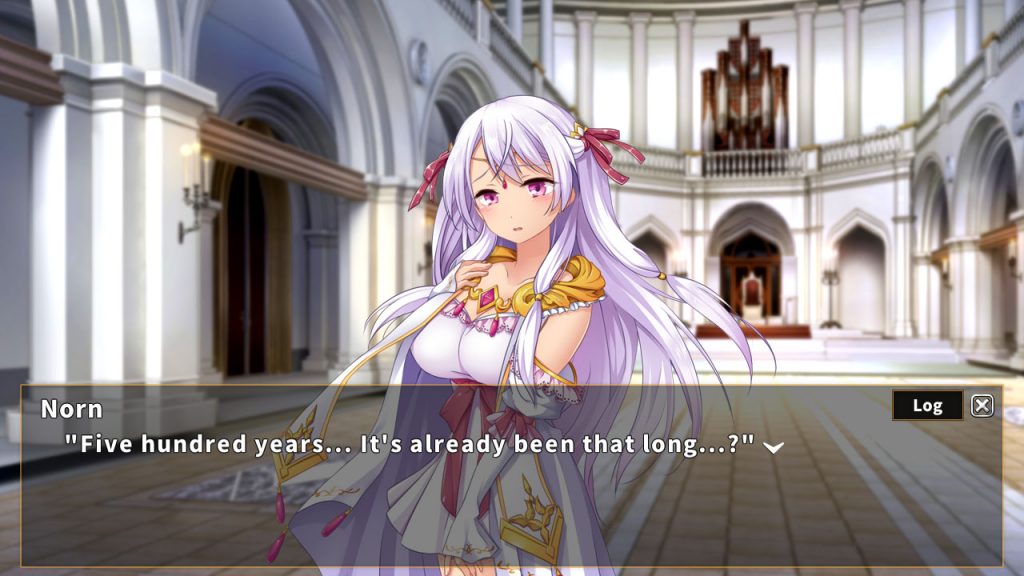 Then we have the Red Spirit Vesta. This powerful, enthusiastic, bug-catching tomboy loves to screw around as often as possible. She’s the type of character you can hang out with as a bro or engage in bedroom fuckery. Her personality gives this diverse team a nice balance. Plus, she’s a red-head, so she instantly gets points for that one. She’s voiced by Ari Kitano, who has provided voices for Carol from Maggot Baits, Yuki from If You Love Me, Then Say So!, and Natal from Evenicle.

Next we have the Green Spirit Melissa. She’s the healer of your team, so her kind and caring nature is showcased in and out of battle. She’s eager to please her “Onii-chan” every chance she gets, and if you’re into the more… petite-looking girls, then Melissa is your ideal love interest. 😉 She’s voiced by Yume Hoshizora, who played Shizuku in Imouto Paradise 2. 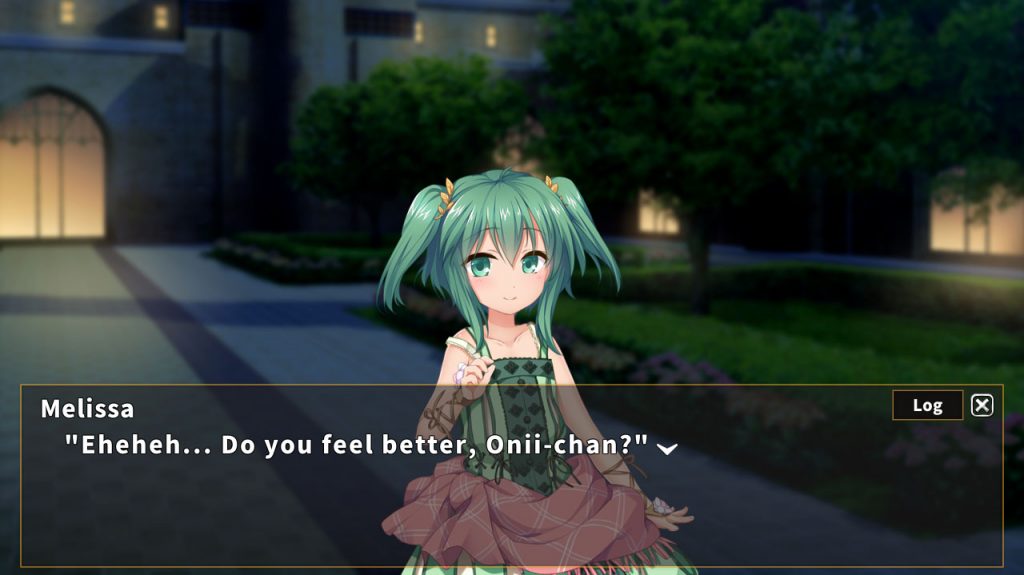 After that, we have the Blue Spirit Rusalka (took me forever to figure out how to pronounce her name). This quiet, gentle, and nerdy introvert is rather curious about the world she now lives in, and you get to show her how to play chess, borrow some of her doujinshi, and even engage in a couple of challenge-based punishment games. Her personality really resonated with me, and she most certainly takes the number two spot on the waifu list. Rusalka was voiced by Kazuha, who played Roxanne in Funbag Fantasy, Wilma from Maggot Baits, and Kinou from Evenicle.

Next up, we have the Black Spirit Eris. This loud, haughty spirit isn’t afraid to put you in your place, and her cheeky attitude is consistent both in and out of the bedroom. She’s very assertive compared to the rest of her party, so if you like being teased and stepped on, you need to throw every present at her that you possibly can. Eris was voiced by Yuki Akashi, who has provided voices for Rise Rousennin from Princess Evangile and Kisara from Eroge! Sex and Games Make Sexy Games. So if you want to hear Rise’s voice actress punish you, 10/10 would recommend.

Moving on to the secondary characters, Sara (black-haired girl on the right) is actually the first female character you meet in the game, and is Queen Sylvia’s friend and personal aide. She is a polite and refined young woman, but is quite skittish upon first contact. This adorable introvert prides herself on her knowledge of various subjects, such as history and magic, and gives you, the reader, more insight into this universe and the events that transpired five hundred years prior. She’s voiced by Mia Naruse, who has provided voices for Azuki from NekoPara and Lily from Corona Blossom. 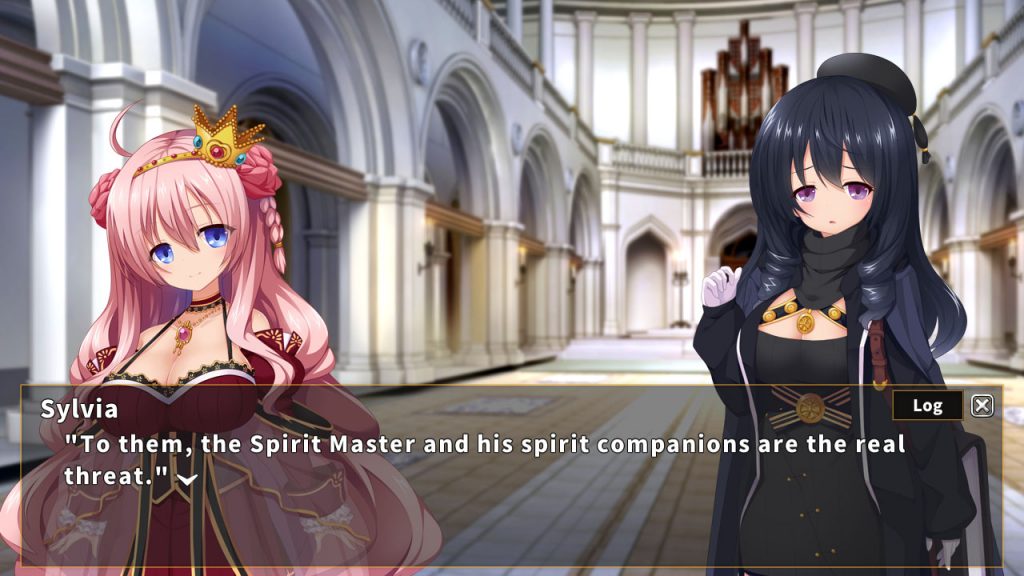 With all said and done, I really enjoyed working on Retarnia and everything that came along with it. I hope you enjoy your journey as much as I did.

Until next time! o/