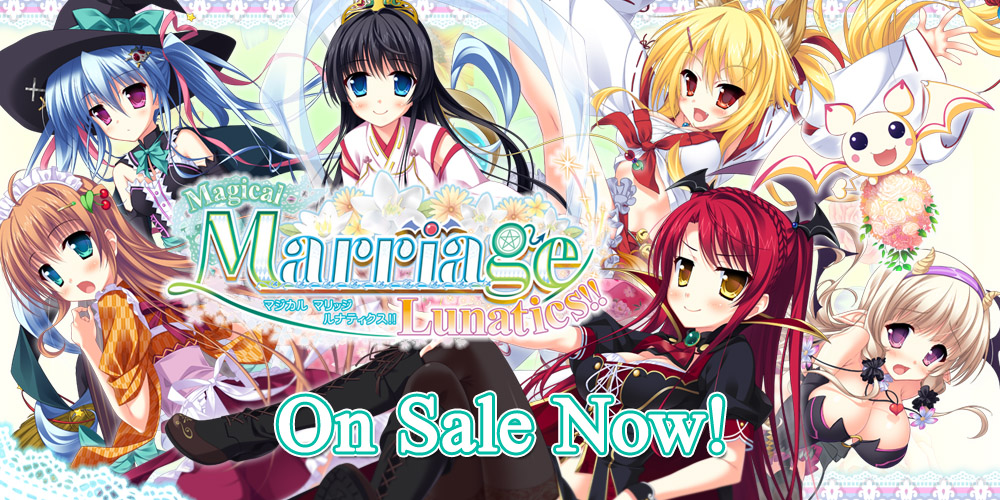 Today’s Tester’s Corner for Magical Marriage Lunatics is brought to you by SSparks!

Hello everyone, I’m SSparks and this is my first Tester’s Corner. Today, I bring to you Magical Marriage Lunatics, a Moonstone game which I had the honor of beta testing. It’s safe to say I’ve been a big fan of Moonstone since Princess Evangile, and MML is certainly a great experience for those like me.

Our story begins with the protagonist Ushio Yuta who, somehow, has made marriage pacts with the princesses of the five other major worlds, including vampires and succubi, and also his childhood friend. All the girls come to the human world to meet him, and then shenanigans ensue as they all try to go to school. Certainly not a very new concept, but that doesn’t mean it’s automatically bad. In my opinion, it’s portrayed quite well in this game, with how diverse the cast is. 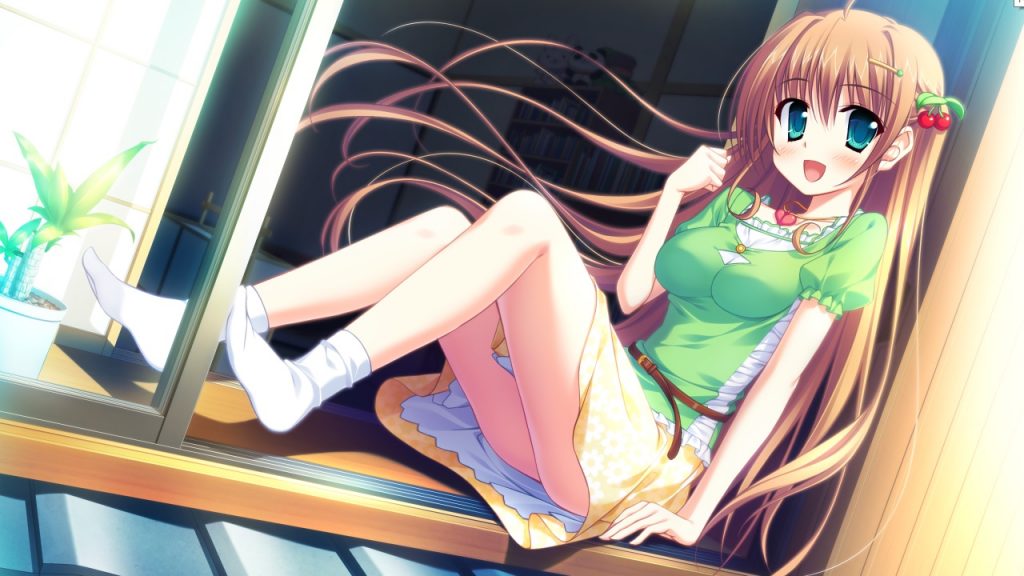 While the main characters still fall under classic tropes, tsundere fans like me will be just a bit disappointed, as most of the cast consists of deredere-like girls. Which makes sense, considering the premise, but nonetheless makes me a tad sad. There’s a proud girl, a shy girl, a very energetic girl, a gentle girl, a strange girl, and…. the childhood friend. There’s not much about her other than that, unfortunately. The girls are all rivals, but that doesn’t stop them from having fun all the time. And whenever they’re having fun, you can be sure you’ll have fun too. 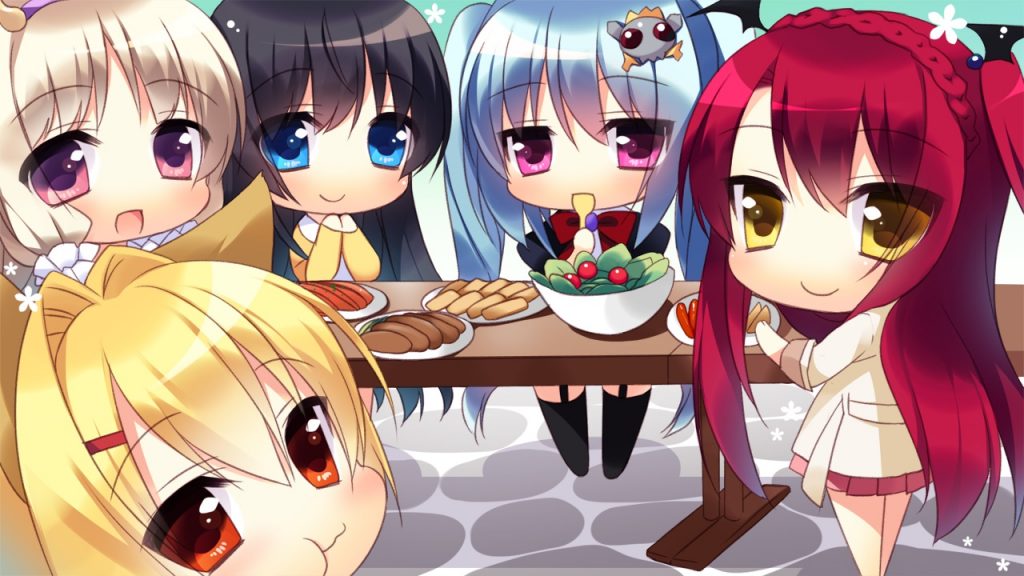 The lead-ups to the character routes are very clearly split, and although the choices aren’t always direct, it’s easy to know what’s the right thing to do. The routes themselves are, of course, focused on the respective characters, but that doesn’t mean the others disappear. The supporting characters also play their part as usual, sometimes even taking the spotlight. Unsurprisingly, however, each girl shines the most on her respective route. They all show growth, and that is something that I certainly didn’t expect. 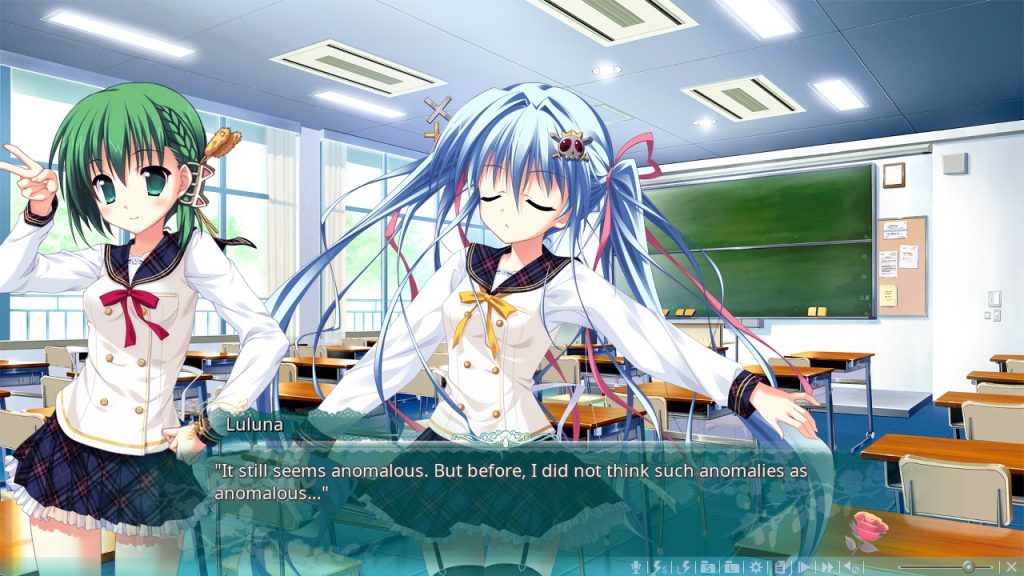 This being my first beta test, I was certainly nervous around the start, but it was very enriching. Having my first real experience with beta testing be a Moonstone title was certainly fun, not to mention enlightening, and I hope you all enjoy this game as much as I did. If you were a fan of Princess Evangile, I’m certain you’ll enjoy Magical Marriage Lunatics. It’s such a nice treat, to not enjoy it would be shameful.