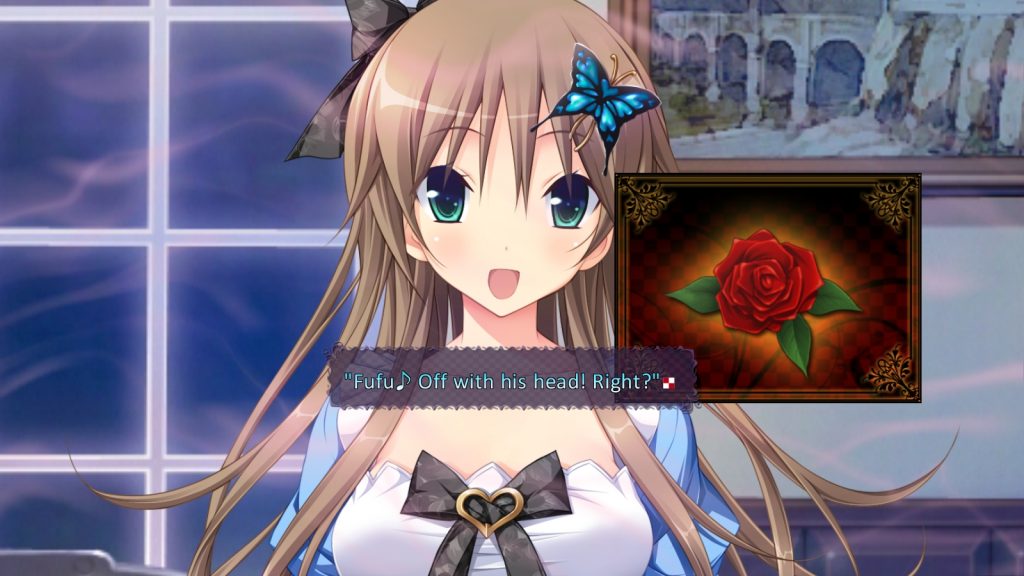 You are entirely too happy to be saying those words…

Denizen of dreams or ditz who just sleeps in all day? Hard call…

Of all the strange and colorful characters the dreamy world of Hapymaher may offer, Alice stands out as something of an oddity above them all. Not only is she completely unsure of who or what she really is, though she insists that she’s a real person, Alice displays an unbridled adeptness at manipulating the dream that rivals even that of Tohru’s and Maia’s. Though she’s usually too incompetent to come up with a plan to save the day, she’s quick to take advantage of the irrationality of the dream and bend things to her favor. 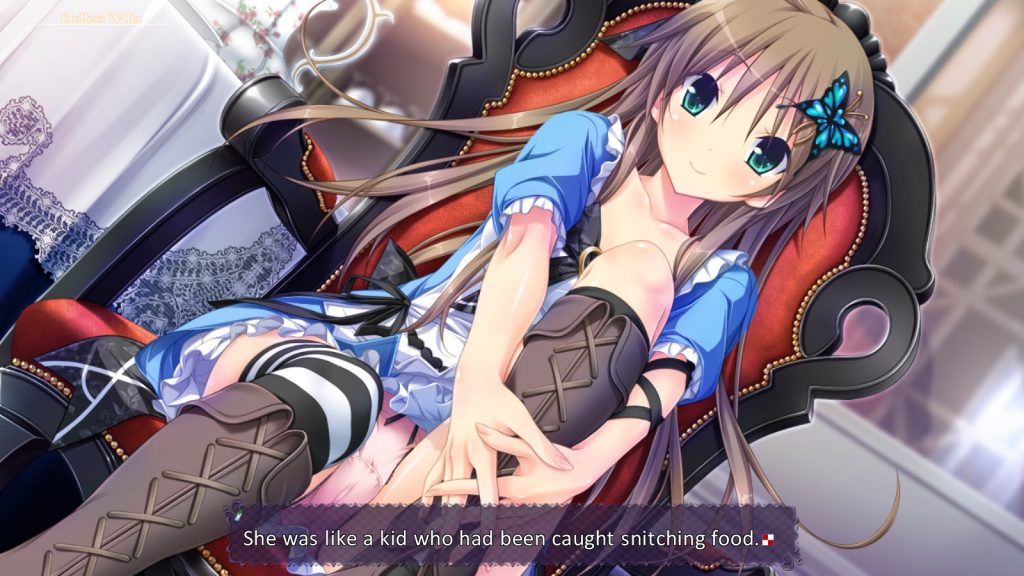 Tohru first runs into Alice during his first encounter with Maia. Alice interrupted their less than heartfelt reunion giving Tohru the chance to wake up. Armed with a pair of crazy looking shears and a pocket that can produce keys to anywhere, Alice quickly becomes an invaluable ally to Tohru and his friends as they journey through Maia’s nightmares. 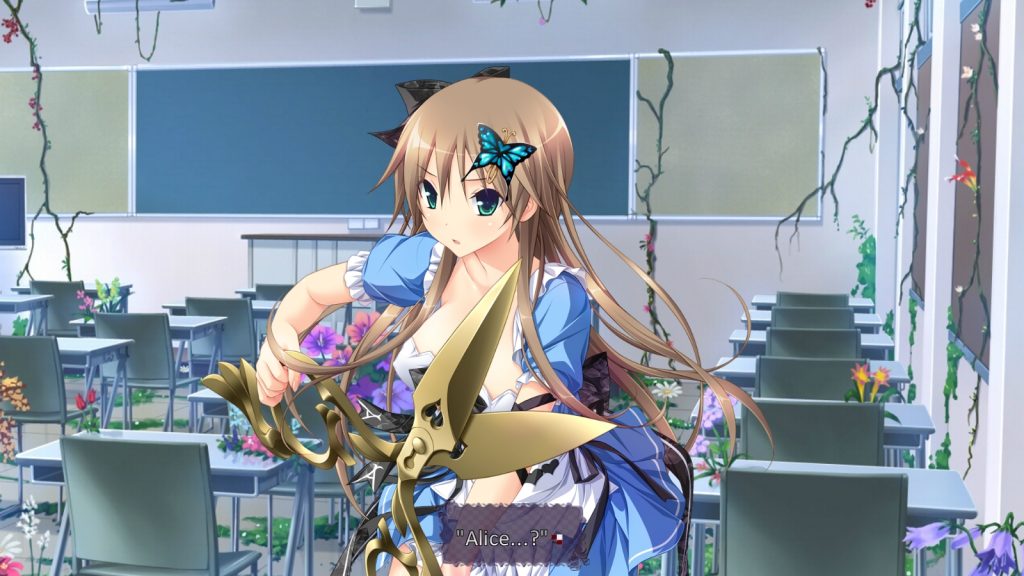 Outside of confronting nightmares, Alice is something of a dimwit. She’s impetuous, clumsy, easily amused, incapable of thinking too much, and has a strange habit of flashing her panties at the most inappropriate of times. Though Tohru does find her idiocy cute, her lack of memories of when she’s awake make him wonder if maybe she’s a construct of his mind; a defense mechanism against Maia. Her over-the-top abundance of energy, endless optimism, and more than ample curves all put her square into his strike zone, so it seems a little too convenient that she’s usually the one who picks him up when he’s down. 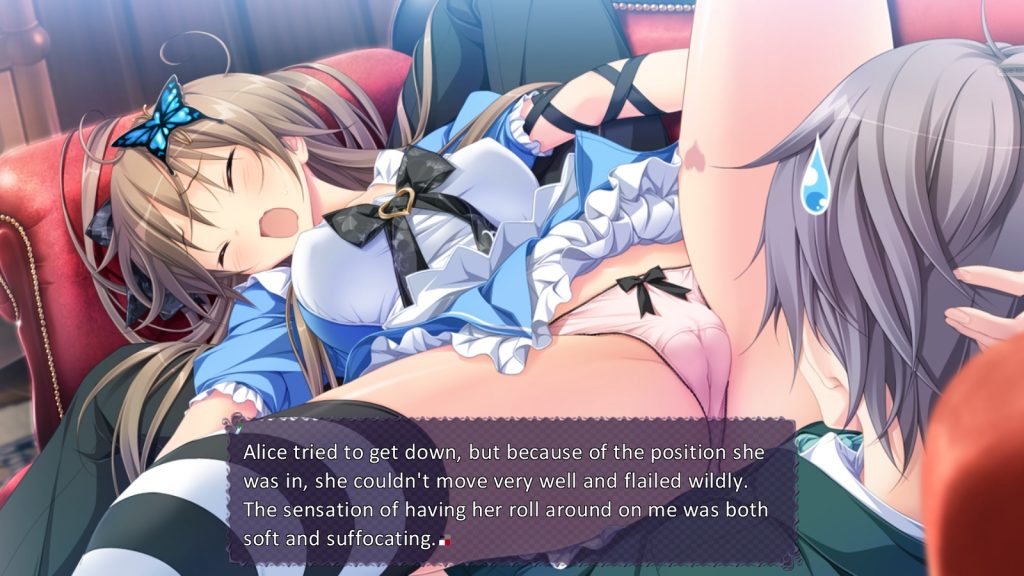 Before anyone asks, you can count the number of CGs featuring Alice that don’t have her flashing her panties on one hand.

With this marks the end of our character introductions for Hapymaher. If Alice or any of the other characters piqued your interest, be sure to head over to MangaGamer.com and pick up your copy today!