I thought I’d write up a bit more detailed character intro for some of the Soul Link characters before its upcoming release. First up, is Aizawa Shuuhei.
Continue reading 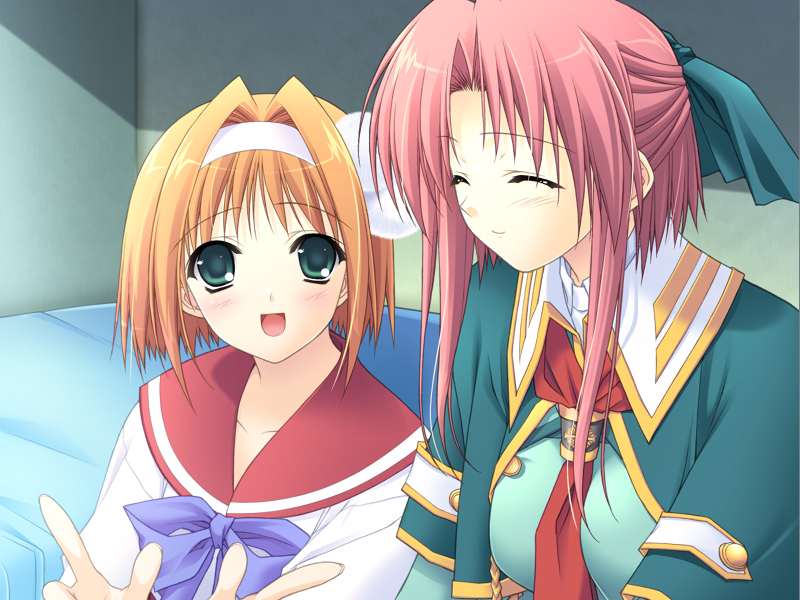 After a lengthy and heated discussion, we have decided to release Soul Link and Higurashi uncensored with all CGs intact.

Since the opening movie for Soul Link is already available for free download on the main website, I’d like to take the time to post translations for the lyrics and other lines that show up in the movie. The theme song is “Not Found” by Uchiya Nao.

There’s been a lot of talk lately about the CGs removed from Soul Link. I finally received some word, and for now at least the official statement is as follows:

“Thank you for your feedback regarding Soul Link‘s CG.
A total of 6 CGs from the game will be removed due to having an arguably underage looking character naked.
Because we don’t want to risk getting the law in the way of our future releases, we have decided to cut this CG from this release.
Just to reassure you, no part of text was removed from the game.
I hope you understand that it was a difficult decision made under the current circumstances, and if this issue comes up again in the future, we will be sure to let you know before the release.”

So unfortunately yes, the decision to remove the CGs currently stands. If I hear any more news regarding this decision, I will post it here.

Also, for clarification, the uncensored tag on the main site means that the HCGs are uncensored so you can see Shuhei’s cock or Aki’s pussy clearly without any nasty mosaics blocking the way.