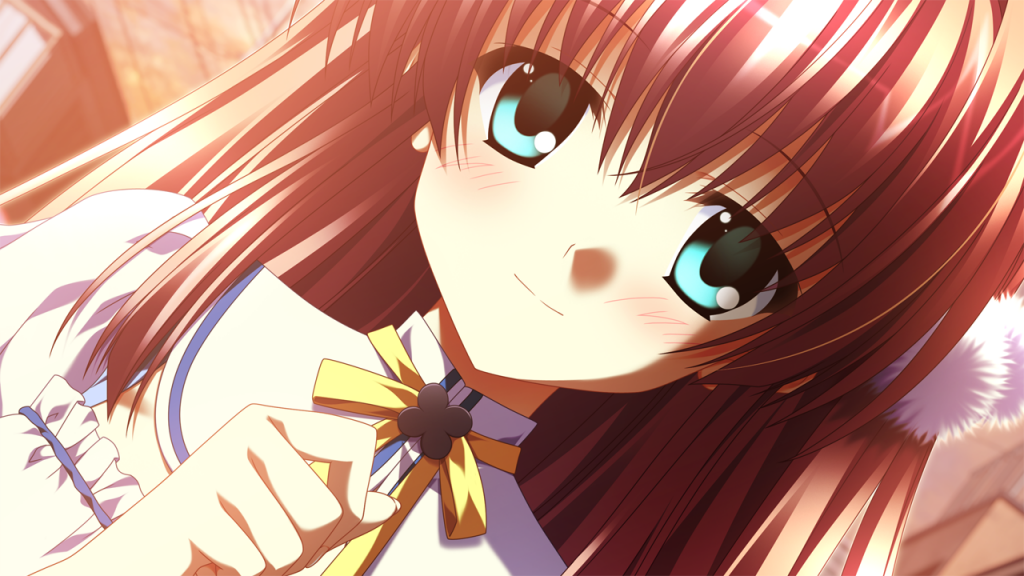 Today’s Tester’s Corner for Supipara – Chapter 1 is brought to you by Puffketeer!

Hello, everyone. This is puffketeer, making my debut as a beta tester with the first chapter of minori’s Supipara. It was a lot of fun to test, though I admit I may be somewhat biased due to my ardent love for minori’s style of storytelling, as well as their lavish attention to visuals. This particular title is unique among MangaGamer’s titles, and indeed, their partnership with minori, for reasons you may already be well aware of. But first things first, let me talk about Supipara itself.

If you’ve played any minori game before, you may have noticed that a common motif with minori’s titles is memory– the loss of it, the recollection of it, the influence it can have on the present, and physical mementos which evoke it. Naturally, Supipara is no exception. This title sets out to balance a fluffy slice-of-life high school comedy and an occasionally melancholic coming-of-age tale about magic, witches, and the value of memories. If this first chapter is any indication, it pulls this feat off exceptionally well. As an example of a strong, story-driven all-ages visual novel, Supipara shines as brightly as the moonlit sky in its opening scene. 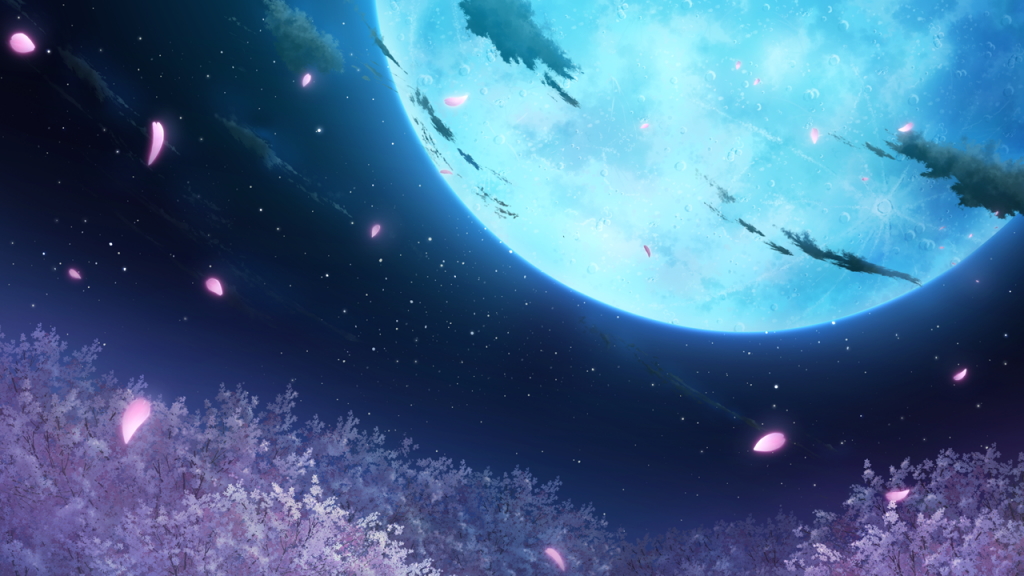 In addition, as you may expect, Supipara adheres to minori’s tradition of lush and beautiful art perfectly; it is an absolute feast for the eyes. From the eerie, yet peaceful fluttering of cherry blossom petals in the night, to the bright reflections of sunlight on the sea, the art in this game is nothing short of top-class. Not a single scene is framed, composed or lit in a way that detracts from the intended mood. Indeed, it would not feel like a minori game without this extreme attention to visual detail. All these points would not be enough to make a truly memorable minori title, though; without an eclectic cast of characters, the story would not have enough substance to be able to stand on its own. Thankfully, Supipara is absolutely overflowing with interesting and quirky characters. 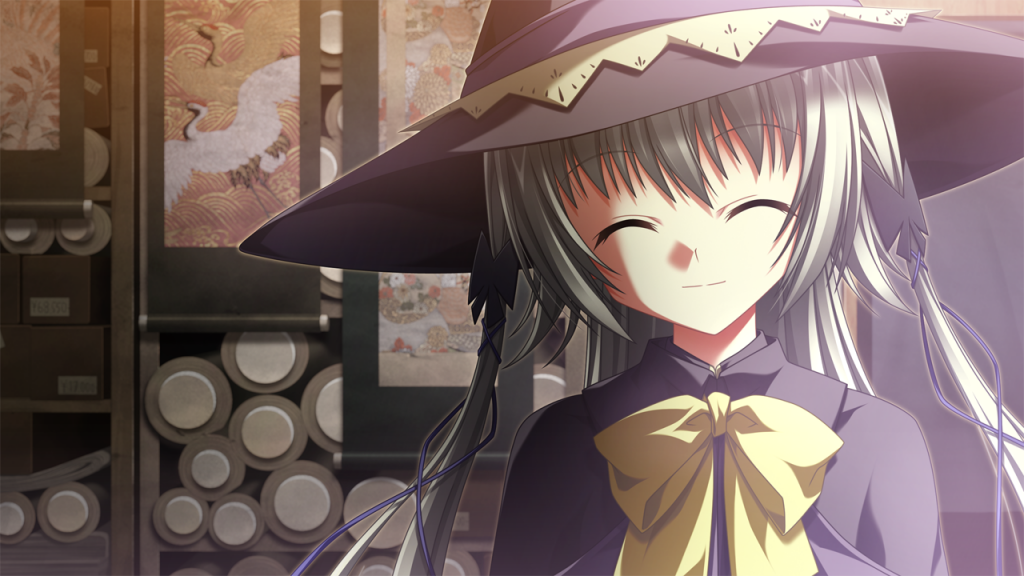 There’s Alice, the titular witch and most important main character, whose frequent bursts of arrogance can often obscure her heart of gold. There’s Sakura, the perpetually cheerful and overambitious idol, actress, and big sister to our protagonist, who views no price as too high to achieve her goals. There’s Momiji, an extremely composed and refined shrine maiden by evening, but something else entirely during the day. There’s Nishizono and Higashino, the “East-West Duo,” whose frequent bickering and commentary on the actions around them set them up as a sort of Abbott and Costello-type comic relief duo. And then there is Hotaru, the half-French girl whose attitude towards others is best summarized with the words “I hope you like pain.” These are all great characters with solid roles in the story, and should we see the remaining chapters completed, we may very well get to see even deeper layers to their personalities that aren’t immediately apparent in this initial chapter. 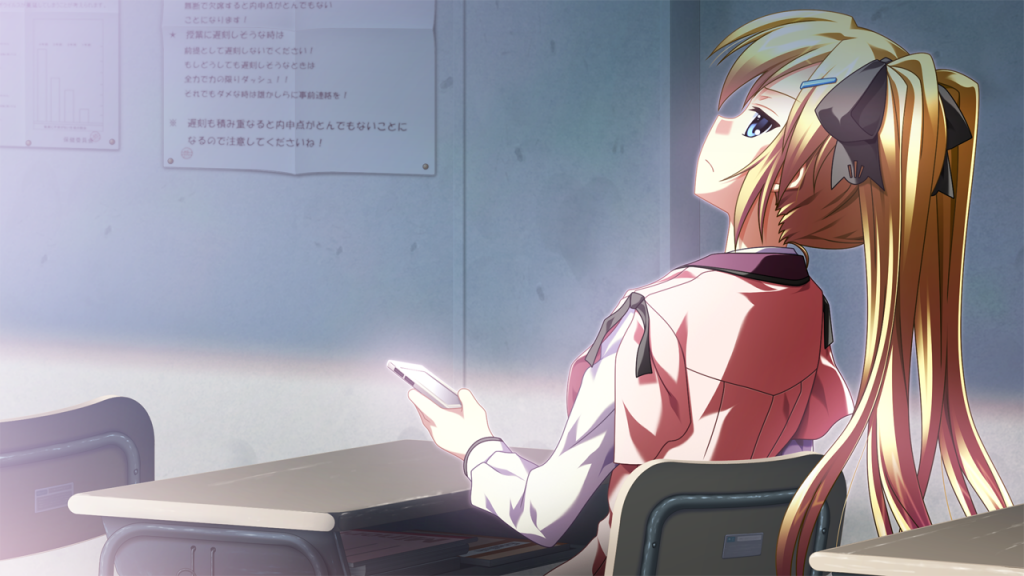 As I said in my introduction, Supipara is a rather special release for MangaGamer and minori. What is being released as chapter 1 of Supipara in English is actually the first half of the original Japanese version, Supipara – Chapter #01, originally released in 2012. The English chapter 2 will comprise the second half. You are most likely aware that, through funding from sales of eden* and this first chapter, minori is hoping to create three additional chapters to complete the story, should chapter 2 be funded (and as of this writing, the $200,000 goal for funding chapter 2 is very close to being achieved). Even more notable is the fact that these additional chapters, should they be funded, would be released in English first. With the Western visual novel market having exploded in recent months, and the amazing influx of quality visual novels being officially licensed for English release, Supipara has the potential to become a catalyst for something truly great for the visual novel industry, and all those who love and follow it.

To that end, I hope you’ll join Alice and company on this magic carpet ride!