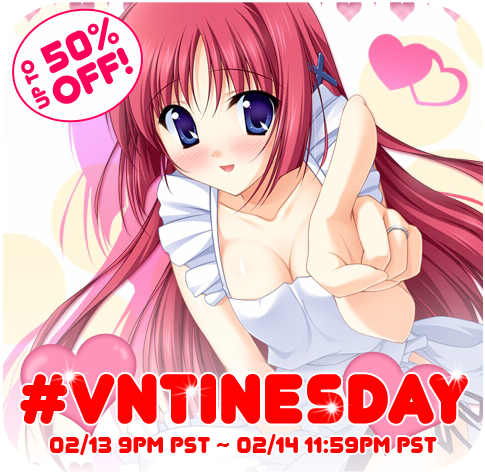 Today, for the next 27hrs, we’re offering a special VNtines Day Sale with up to 50% off on select titles from our catalog, as well as a special giveaway offer! Click below for more details! Continue reading 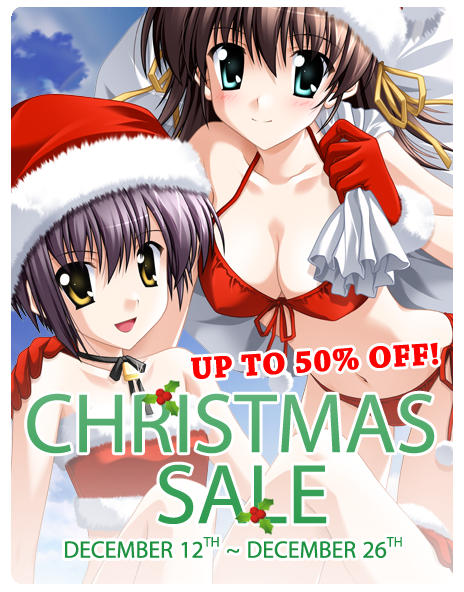 Today we’re happy to announce our upcoming two week Winter Sale! From December 12th until December 26th, we’re offering 25% or more off on select titles! Come celebrate the holidays with some of the finest  games we have to offer! Hardcopies are on sale too, so you can buy some of our great games as gifts for your friends! Check the full list after the break!  Continue reading

We here at MangaGamer are proud to announce our Moe Day Sale!

This sale has now ended.

Doddler here, Mangagamer’s resident programmer. Really? Really! has just released, and it’s been a really exciting project for me for a variety of reasons. It’s the second game that I’ve had to port, the first one being Tick Tack, but this time I chose to do something different. Rather than rely on an existing visual novel system like before, I made one from scratch using the Unity Game Engine. Why did I go to such extremes, and did it pay off? Well, lets take a look. Continue reading

Hey, we’re almost there! Really? Really! comes out really, really soon! (Yes, I know, you’re all sick of that pun. Too bad, it’s not going anywhere! …Okay, I’ll behave.) Now, for our last post before the release, time to preview the new characters! (As with all the other posts, this may contain Shuffle! or Tick! Tack! spoilers. You have nobody to blame but yourself!)

Welcome back! As with last week, we’ll be reintroducing characters from the prequels and giving you some previews of some of the interesting changes Kaede’s false memories will bring to the mix. Are you ready? (Disclaimer: Spoilers for Shuffle/Tick Tack are possible! Don’t say you weren’t warned.)
Continue reading

Hello everyone! Today, we’re going to give you a refresher on some of the returning characters and some of the interesting effects Kaede’s false memories will have on them! (Disclaimer: This is a sequel to Shuffle/Tick Tack and as such may contain spoilers for those titles!)
Continue reading

To everyone here that loved Shuffle! and Tick! Tack! (now BOTH available for sale/preorder in hard copy form!), we’re happy to introduce you the third game in the series, Really? Really! *As this is a sequel, there may be Shuffle! or Tick! Tack! spoilers. Don’t say we didn’t warn you!*
Continue reading

In addition to our release of Lapis Gunner, today we’re proud to announce Really? Really! is now available for pre-orders! Continue reading