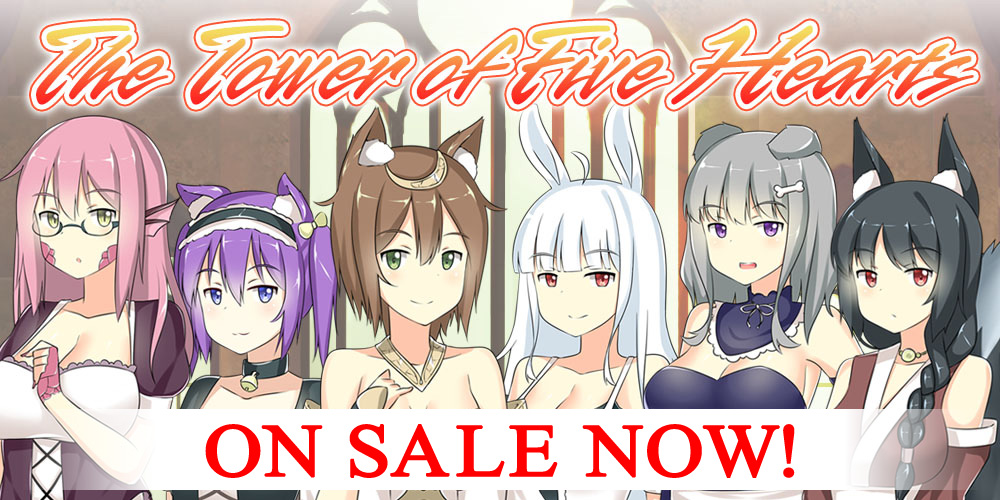 Today we have a great new Tester’s Corner from Ryechu, here to discuss our recent release of Tower of Five Hearts by English Developer, Tsukiware! This is their second title after Critical Hit, but this time the story takes turn toward kemonomimi girl on girl action!

Disclaimer: Ryechu is employed by Tsukiware, but was not involved in the development process of this game until the testing phase.

Hey, everybody! Ryechu here. This test was sort of odd for me because… well, I work at Tsukiware! For those of you who don’t know, we released Critical Hit back in 2016, and this is our second release! I ended up taking this because, if you missed the memo, I like yuri. And yaoi. And kemonomimis. And games that have all of those. Well, this one doesn’t have yaoi, but it does have kemonomimis doing cute things, and cute yuri things. Here’s why I think you’ll like it.

The story follows Marie, a catgirl princess who has just arrived at the Tower of Five Hearts. Normally, this tower is used for competition. The prince of the royal family is supposed to stay here and be presented with potential wives from all of the surrounding countries. These maids serve the prince and vie for his heart and hand in marriage. Whoever wins brings much pride to their country, as well as all sorts of economic advantages.

Now, this is all well and good until we reread that first sentence again. Marie is a princess. 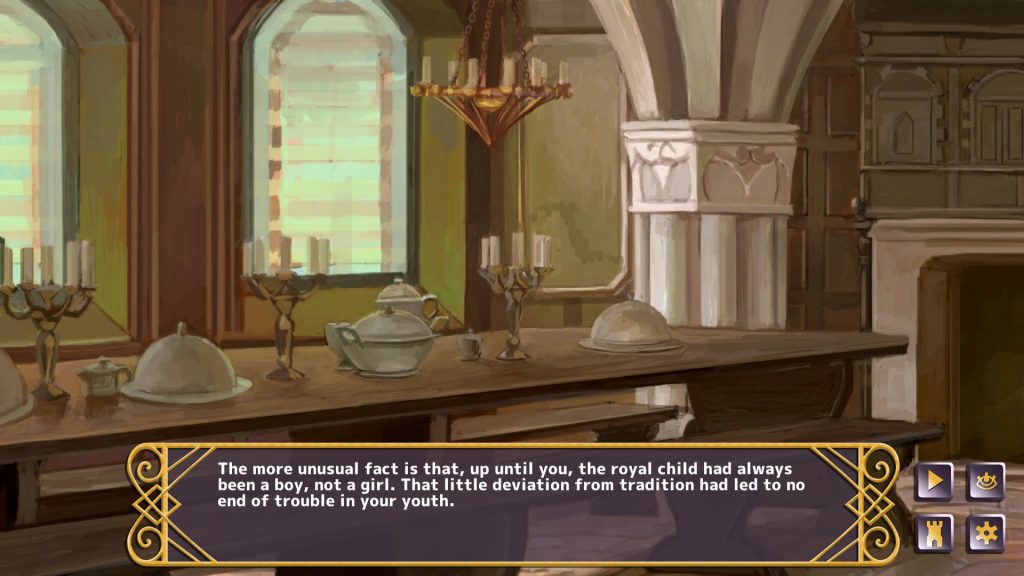 Well, all’s well and good though, because it turns out that Marie was rather… ahem, fond of her maids, and she is more than happy to be in her current predicament. Soon, her five potential beauties show up, and the story follows these six girls and their time getting to know each other. Who Marie ends up choosing is entirely up to you.

So the testing process for OELVNs is always interesting. Every once in a while we will run into a ton of bugs that occur from the same issue. In this test, it was saving and reloading. Because I am a thorough tester, I save at all of the choices. The following image is the first choice script of the game: 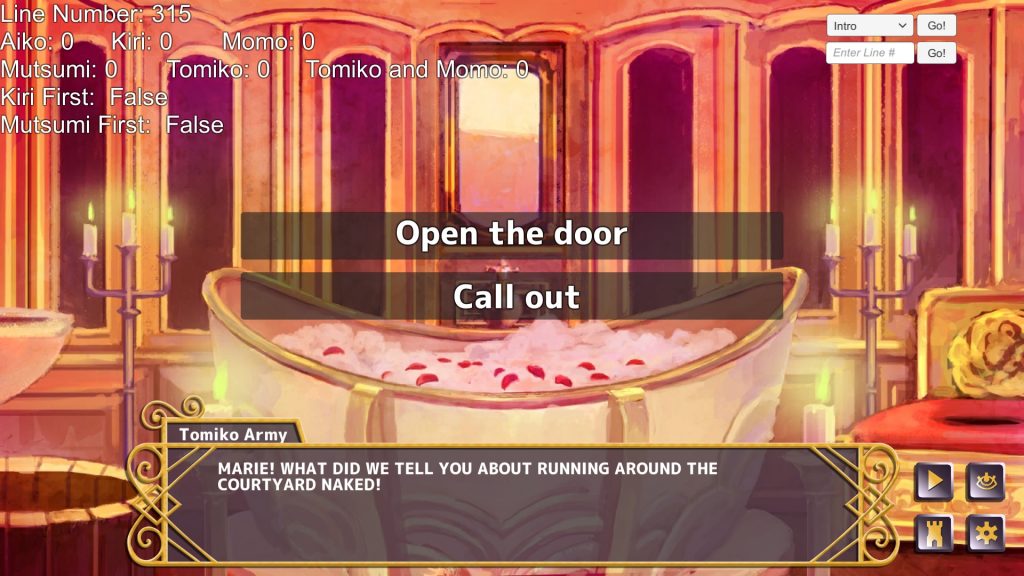 When I loaded the game, this placeholder window appeared instead of the actual line. And the thing is, during testing, it’s great that we go through and find all of these smaller issues. Doing this allows the end users—you, the readers—to have an enjoyable experience. Because it’s thanks to all of you that we get the opportunity to create and release titles, and I say that as a member of Tsukiware and as a member of Mangagamer.

I really do hope that you enjoy this title. Ryle is such a fantastic artist, and I want to have the opportunity to work more with him in the future. Because let’s be honest, who wouldn’t want to wake up to this? 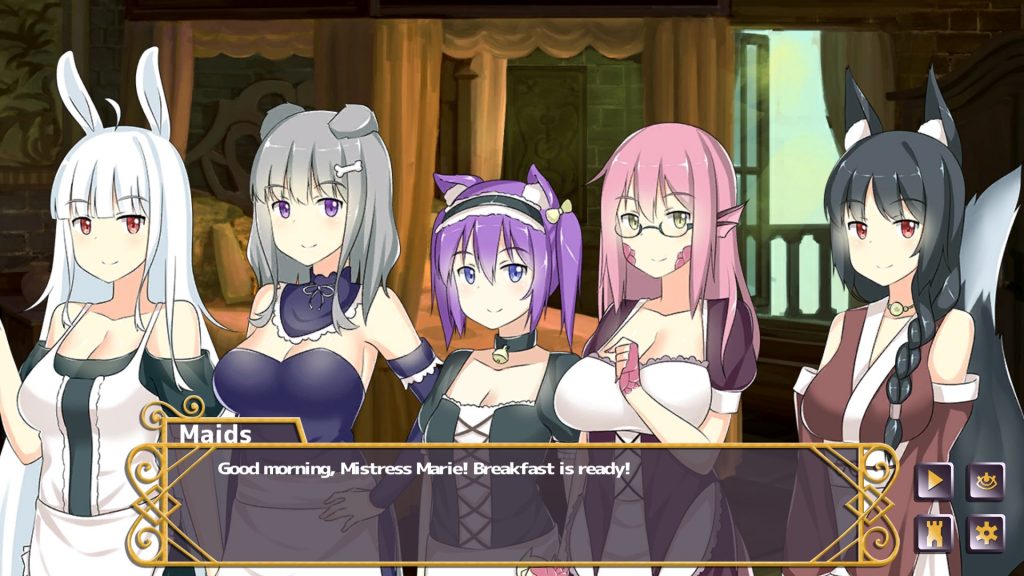 They are all so adorable in their own ways ahmgggggggggggg…

Tower of Five Hearts is a fun adventure, and there’s plenty of laughs to be had. The back and forths between the characters always made me giggle, and there’s just enough drama to keep the story going. I’m a little biased because this title really hits on all of my interests, but I hope you’ll decide to check it out.