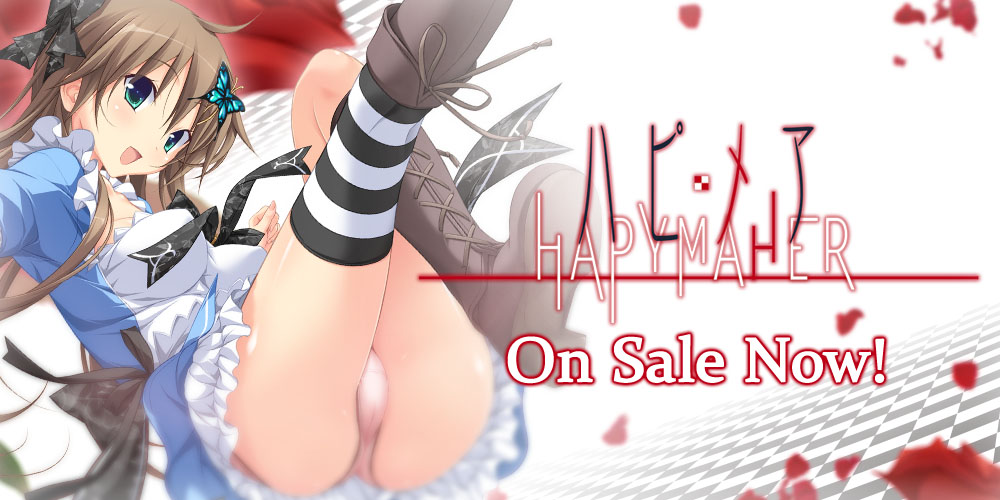 Today on the blog, we have our final Hapymaher tester’s corner from Mojack!

Hey everyone, Mojack here and today I have the privilege of talking to you about the tale that is Hapymaher. This was my longest beta project to date, clocking in at around 70 or so hours to complete. Something that tells me if a visual novel of such length was good is if I feel a hole of some sort in my heart upon completion. I知 glad to report that, after spending time with Tohru and his eclectic friends in this topsy-turvy world for the past couple months, that hole is certainly there.

Tohru Naitou is our high-schooler protagonist who lost his little sister due to an incident when he was younger. The loss not only devastated him but also had the strange side-effect of causing Tohru to have lucid dreams; that is, dreams where one is fully aware of the dream circumstances. As a result, Tohru’s mind never gets to fully rest, and so he lives a life of drained energy and occasional collapses. The story picks up when his late younger sister, Maia, begins to appear in his dreams for the first time since her passing. 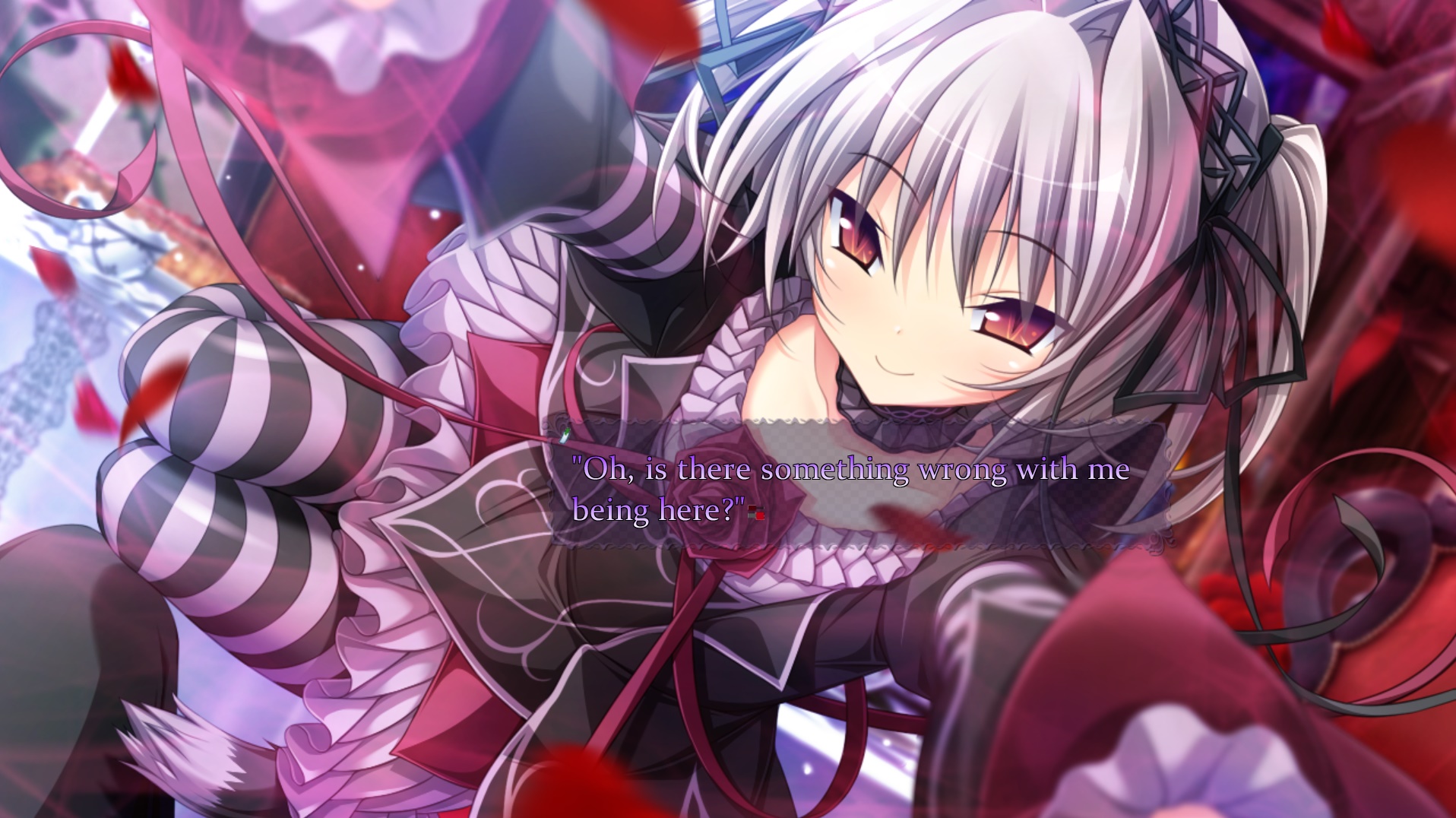 Something that Hapymaher excels at is driving home just how much Tohru is tormented by his sister’s passing, and why her appearance in his dreams makes it all the more painful. He is a man who has been denied any closure or peace, and is a run-down human being because of it. On the surface he comes off as a grumpy old man but it’s hard to get angry at him when you know the reason why he is the way he is, which is about where the supporting cast stands in regards to Tohru.

You’ve got the ever jealous childhood friend/fake little sister, Saki. You’ve got the mischievous, biracial upperclassman, Yayoi. You’ve got the cynical and pragmatic underclassman, Keiko. Finally you have the curious Alice, who only seems to exist within dreams. All of these girls harbor a complicated mix of emotions that are brought to the forefront through the course of the game, sometimes forcefully, sometimes subtly. 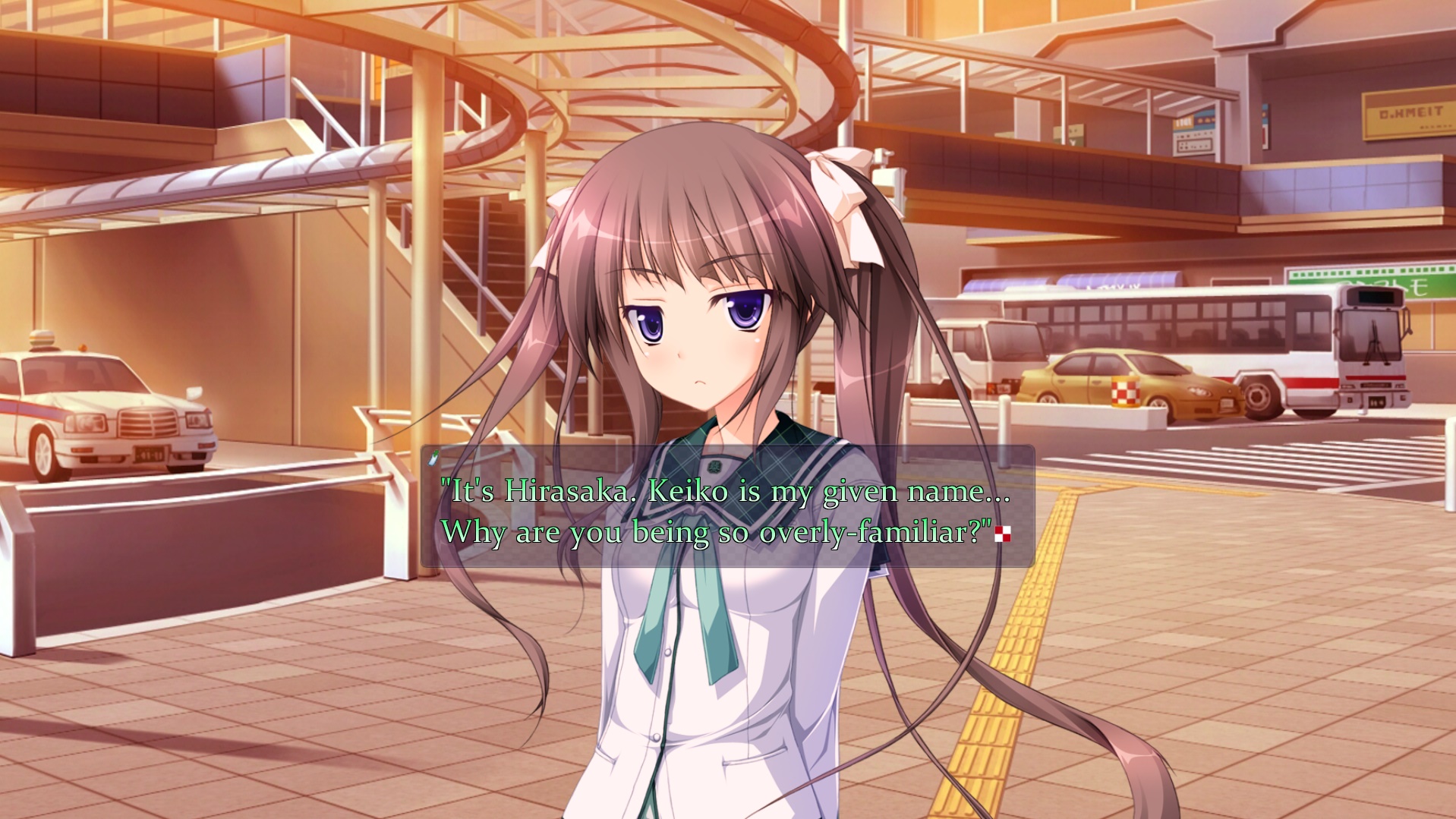 The dreams Tohru and the girls experience drag them through the mud, and it’s watching them come to terms and overcome this that made for the most compelling moments of the story. I can’t even pretend to have experienced anything remotely close to what these characters have gone through, but Hapymaher‘s aptitude in getting me to empathize with them, despite that fact, is worthy of praise.

If the dream motif and one of the primary enigmas of the game being a girl named Alice weren’t a tip off, Hapymaher takes many notes from Lewis Carroll’s famous Alice’s Adventures in Wonderland. Now I can’t claim to be an expert on the original novel, but it doesn’t take one to notice the overt comparisons to the likes of The Cheshire Cat, The White Rabbit, and the titular Alice throughout the story. Dig a little deeper and you’ll find little touches such as Yayoi’s surname, Lutwidge, being shared with Lewis Carroll’s real name, Charles Lutwidge Dodgson. I’m sure the are plenty of other fine details that flew clean over my head, and those who are more literally inclined than myself will find some amount of pride in uncovering these nuggets that the writers buried within the script. 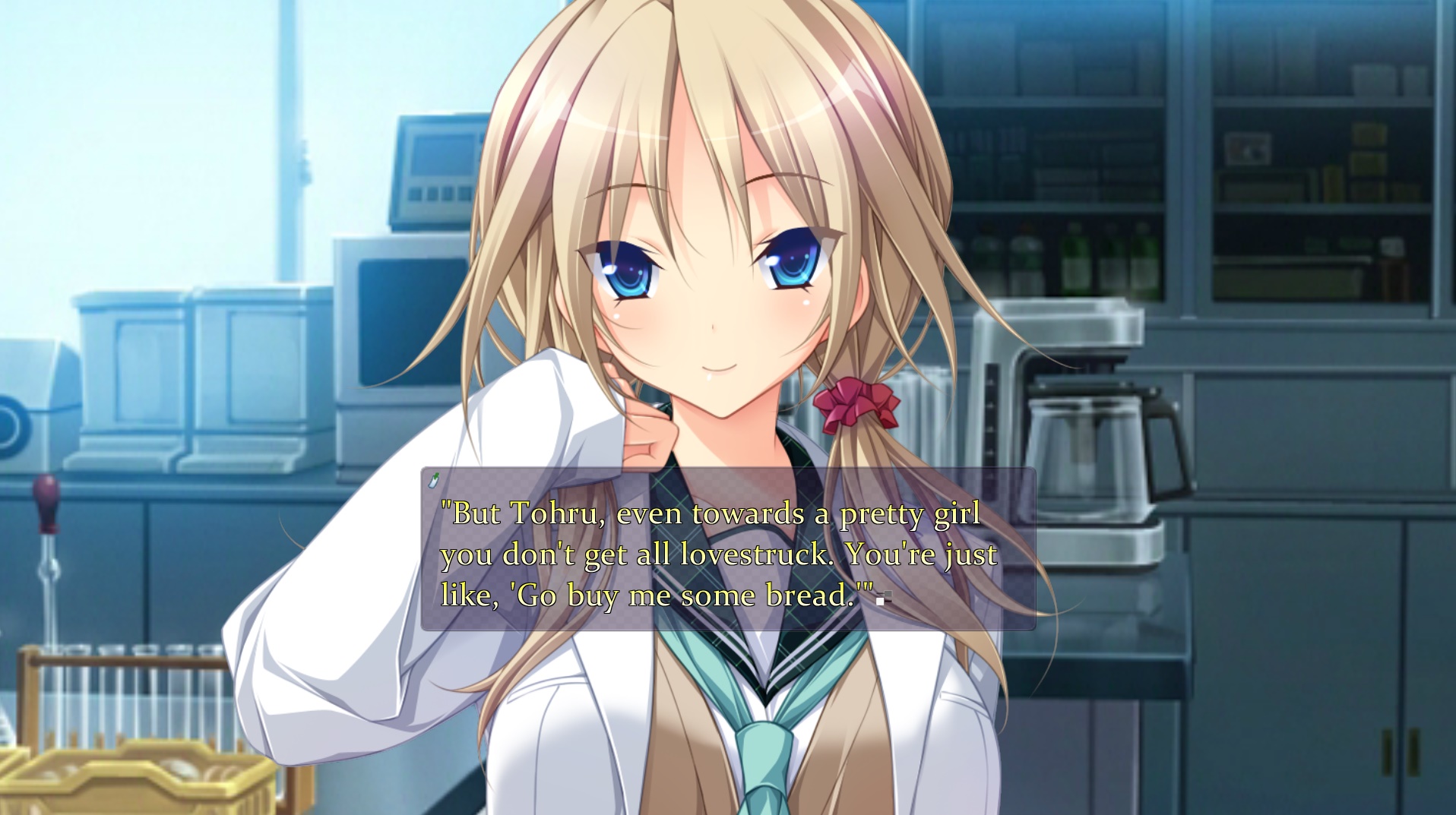 Of course, we can’t have comparisons to the famous novel without some evocative imagery to go with it. You’ll grow very accustomed to the gaudy tea party room Tohru and company find themselves in during their dreams, and each of their dream costumes are equally fantastical and eye-catching. What deserves particular recognition, however, is its stand out soundtrack, which runs the gamut of cheerful, to urgent, to triumphant, to downright unnerving. One of my favorite aspects of visual novels is how effectively their music can set the mood, and this title is no exception.

After writing this Tester’s Corner, that aforementioned hole in my heart has only grown bigger. I am going to legitimately miss hanging out with Tohru and the gang every night after work. Through the good times and the bad, I thoroughly enjoyed being with them and, even more so, watching them grow as people. I am especially proud of Tohru for coming as far as he does by the end of the story. Hapymaher is a soft reminder that things will be ok, and in a world where things all too often seem anything but, it is a welcome reminder indeed.