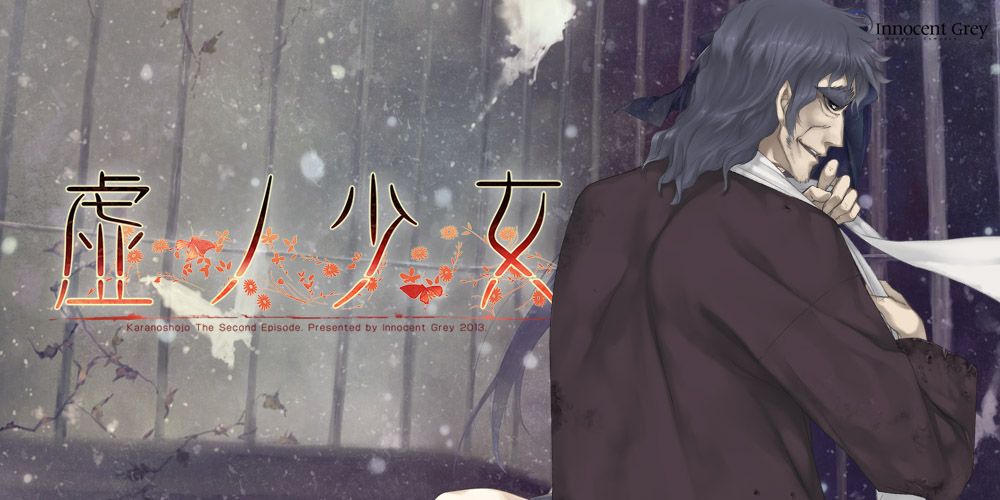 Have you ever fallen in love with a fictional character, gentle reader? Perhaps you have a “waifu,” a character for whom you feel such strong affection no other character can compare. Before last year, I had considered myself above such things, but during my work on Cartagra and Kara no Shojo 2, I realized… I had fallen in love. With a character who appears in both games, and indeed could be considered central to each of their plots.

I speak of course of Old Man.

If you’re a fan of Innocent Grey games, then you know that their characters don’t often lead happy lives, and Old Man is no exception. But his perseverance and commitment to hard work even in tough times are truly an inspiration to me, as are his boundless creativity and ingenuity with each new, exciting takoyaki recipe he comes up with. And don’t get me started on those dashing eyebrows of his!

…Ahem. Things seemed to be looking fairly bleak for Old Man toward the end of Cartagra (which wasn’t a new release this year, but did get a new bundle with its sequel, Kara no Shojo*, and the bundle is part of our triple point deal!) but his gallant return in Kara no Shojo 2 sends a truly hopeful message to the reader, reassuring them that no matter how bad things seem, a little bit of perseverance and optimism will carry you through to another game… er, day.

*Kara no Shojo sadly does not feature Old Man, making it vastly inferior to the other two entries in the series, though many people still seem to like it for its unfortunate flaw.

What did you think about Kara no Shojo 2? Do you have a favorite character or one who inspires you? Let us know in the comments or using the hashtag #12daysofVNs! Check back tomorrow for our next installment of the 12 Days of Visual Novels! (And don’t forget about our winter sale either!)

Pick up Kara no Shojo 2 or any of our other major 2015 releases and earn triple MangaGamer points! 1 MG point = $0.01 that you can use to apply to future purchases (you can even pay for entire games in points!).

A Kiss For The Petals: Remembering How We Met
–> 95pt!