An Introduction to A Kiss for the Petals

We have some introductory comments from A Kiss For The Petals‘ translator, Ralen, today:

I’m very excited to be able to talk about A Kiss For The Petals – Remembering How We Met.  The English localization of this visual novel is a very big milestone, in more ways than one.  Not only is it the first official English release in the A Kiss For The Petals series (known in Japan as Sono Hanabira ni Kuchizuke wo, or SonoHana for short), but it is the culmination of several years of effort to bring this series to the west, and my personal debut as a professional translator.

At first glance, I may be one of the least qualified people to promote this visual novel series.  I’m not a hard line fan, or even a fan of yuri in particular, and before I became involved with this series, I had never played a visual novel in my life.  The interest that led to my initial involvement was primarily in expanding my horizons as a translator (and as a passionate student of Japanese), and I mainly took the opportunity just because it was there.  That said, in the time I’ve spent working with this series (nearly four years now as an amateur translator of the freely available web series, YouTube series, and short stories) I have to say it’s really grown on me.  Its slice-of-life setting and character-driven story in particular really appeal to me. 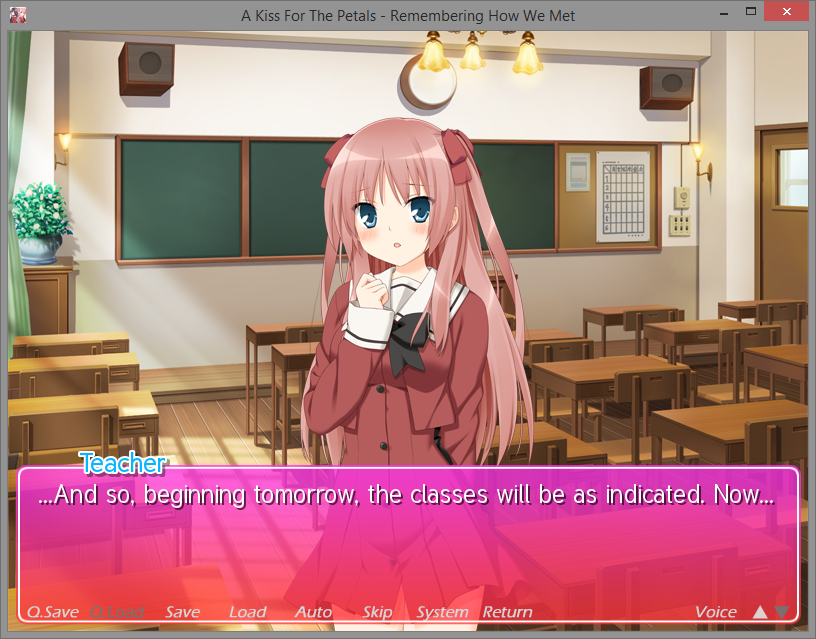 While it’s true that one of the mainstays of this series is its explicit depictions of sexual relationships between young women, it’s more than just pornography.  The explicit scenes are in service of the larger stories of each couple’s relationship.  In the words of the series creators, A Kiss For The Petals is “a lovey-dovey, extremely dirty, romantic comedy full of yuri goodness.”  Although it can be a bit mushy at times, you get the distinct feeling that these girls really care for one another, and the sex is just a natural extension of that love.  There are no harems, love triangles, or undue drama; each visual novel is just another story in the day-to-day lives of these young ladies. 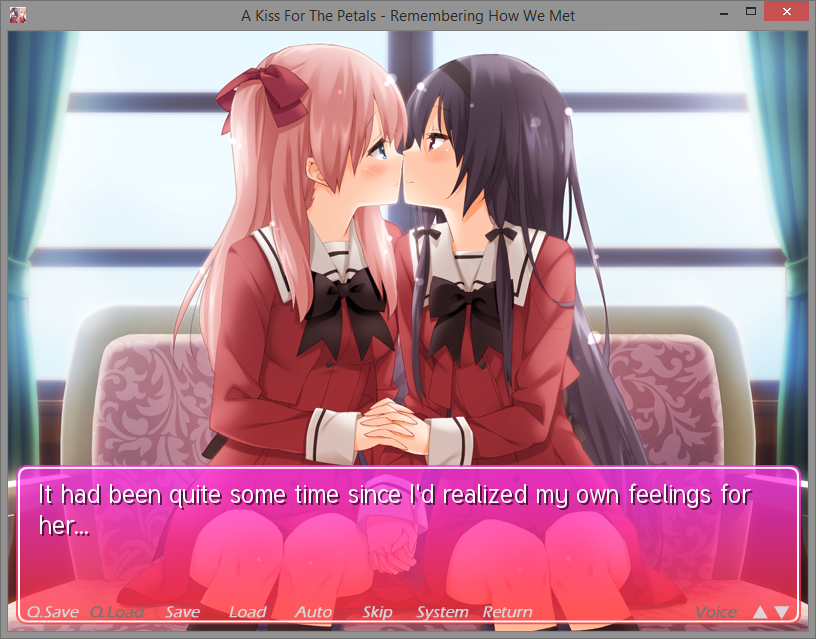 In fact, this first release, Remembering How We Met, is unique among the other releases in the series, in that it contains no explicit scenes whatsoever, proving that there is enough depth to the characters and their relationships that the story can stand on its own, without necessarily having to appeal to more prurient interests.  Of the material that I’ve translated for this series, this release has also been one of the most enjoyable to work on.

Azumi Risa and Ayase Miya, the couple featured in this release, are probably the most well-developed couple to date, and one of the most popular among fans.  Their relationship and personalities have been explored to a degree not yet seen with any of the other main couples in the series, and Remembering How We Metis just the latest installment to feature them.  However, this is not to say that the other couples are poorly developed.  Each pairing has its own unique dynamic predicated on the personalities of the girls involved, and each girl has her own, uniquely developed personality.  Although some character tropes are unavoidable, there is a distinct sense that these are unique characters, and if the reader is anything like me, they may find a little of themselves in them as well. 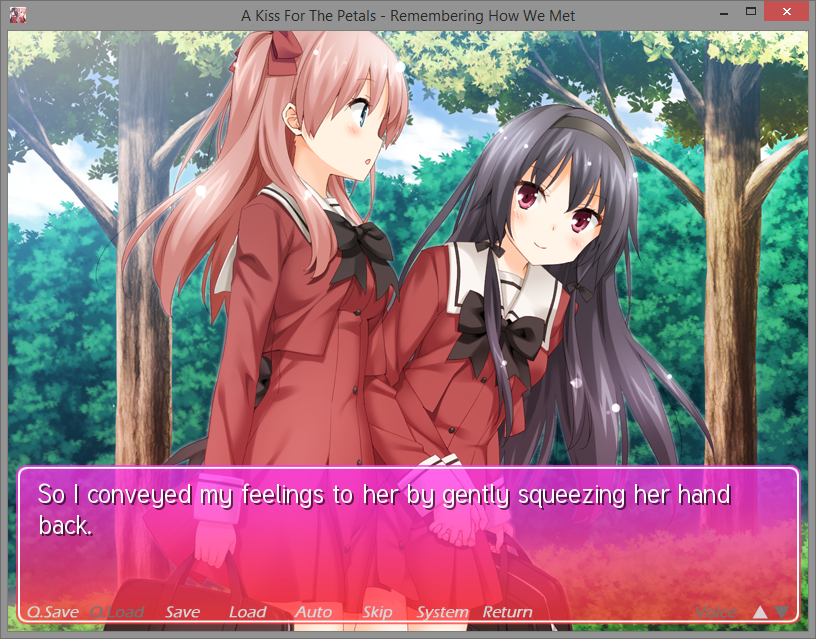 With all that said, I hope you will check out Remembering How We Met, which will hopefully be the first release of many, and you too just might become a believer that yuri can save the world.

Tagged  a kiss for the petals, sonohana.
Bookmark the permalink.