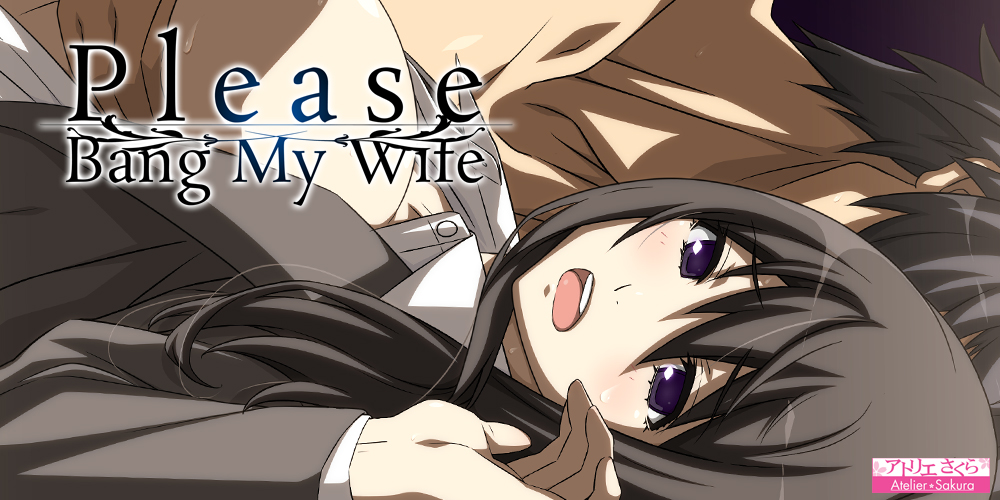 Let’s see. The title is Please Bang My Wife, and it’s produced by Atelier Sakura Team NTR. I wonder what this about?

It’s not exactly difficult to answer that question. If you somehow expect the contrary, then you’ll be surprised. The game’s title is pretty straightforward about the scenario, to say in the least (and it certainly got my attention). It follows the Sashihara couple, Yasashi and Mariko, as they live out their lovey-dovey married life. The setting is actually pretty interesting as Yasashi is an eroge script writer, which naturally makes him used to all sorts of erotic content. With his job, he has to meet strict deadlines by working all-nighters at their company’s office. With Mariko being left alone for these periods, it doesn’t take a wild imagination to guess what kind of events begin to transpire. 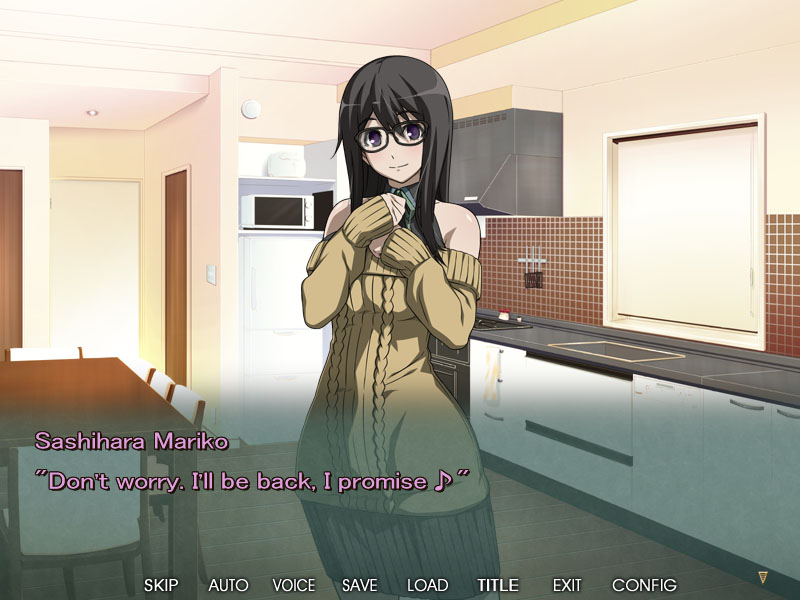 Yes. Netorare. Sex. With that said, the game focuses on Yasushi’s perspective at first, so he doesn’t know what is going on until he starts finding his wife’s behavior suspicious.  He eventually confronts her directly about the affair, only to discover his true feelings regarding the situation he’s in. As the game’s title implies, Yasashi strangely enjoys the idea of his wife being taken by another man, and wants to see it for himself in morbid curiosity.

The “meat” of the ero content is from Mariko’s perspective, seen in scenes unlocked after completing the main portion of the story. Gentle Sasaki’s art is extremely solid in depicting these scenes, along with lewd sound effects and Mariko’s voice. Also, you can choose to have Mariko’s glasses on or off. The ero is obviously important in this kind of game, so it certainly does not disappoint on that front. That’s not to forget what Mariko’s side of the story does for the narrative though. Hearing the story from her words in Yasushi’s side and actually seeing the action is quite the experience. Her internal thoughts reveal her side of conflicting emotions, and the dialogue and descriptions emphasize that “falling” state of her mind. I should probably mention Kazuki, since he’s the character who steals Mariko from Yasushi and all. However, his character is definitely part of the story unfolding, so I’ll just leave it at that.

As someone not too well-versed with the NTR genre, I found Please Bang My Wife to be an entertaining introduction of sorts. It plays things straight, while adding a twist with the conflict in emotions of a male protagonist in his curiosity.