A Kiss For The Petals The New Generation – Tester’s Corner Vol. 1 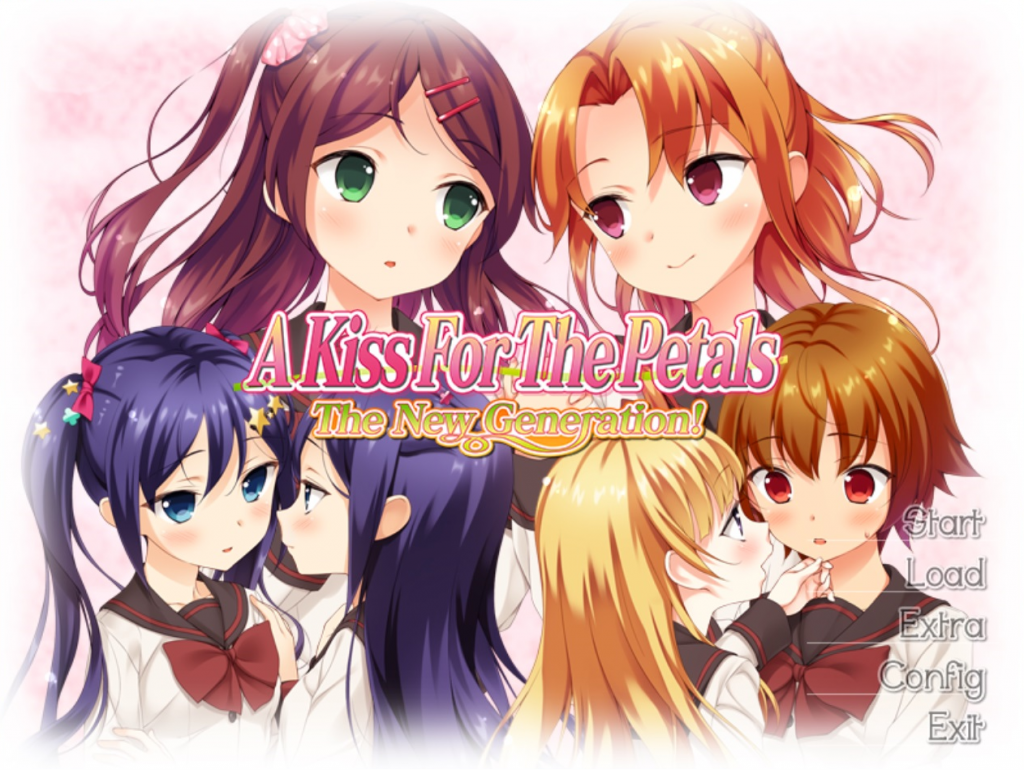 Hey everybody! Ryechu here! It’s been a while, hasn’t it? I hope you haven’t missed me too much! Have you played Critical Hit yet? That’s what’s been keeping me busy recently, but when New Generation was announced, I was chomping at the bit to get to work on it, and when I was given the go-ahead, I’m not gonna lie, I did a little dance. Please don’t try to picture a Raichu dancing, I’m not as cute. Anyway, A Kiss For the Petals: The New Generation is the nineteenth (yes, that’s 19) game released in the Sono Hanabira ni Kuchizuke o VN series. Oh man, I keep drooling at the thought that maybe the rest of the games in the series will see an official English release. Who’s with me?!

In this story, we get to meet THREE new couples! First, we have Hazuki (a very humble girl who tends to daydream a lot) and Manami, a girl who is one person in public and an entirely different person in private. Ai and Aya are a pair of twins who couldn’t be any more different from each other, but good lord are they cute when they’re together. And we have Nagisa and Rina, the sort of “prince/princess” couple. In New Generation, not only do we get to watch these romances bud, we get to see what happens… after that romance buds!

So at St. Michael’s, the students have been super gung-ho about this new fad called the “Best Couples.” Basically, the couples they are always squealing over. At the beginning of the story, Hazuki wants to be a part of that club, and she has her eyes set on Manami. After some prodding from her friends, she finally decides to go for it, and the rest is history. 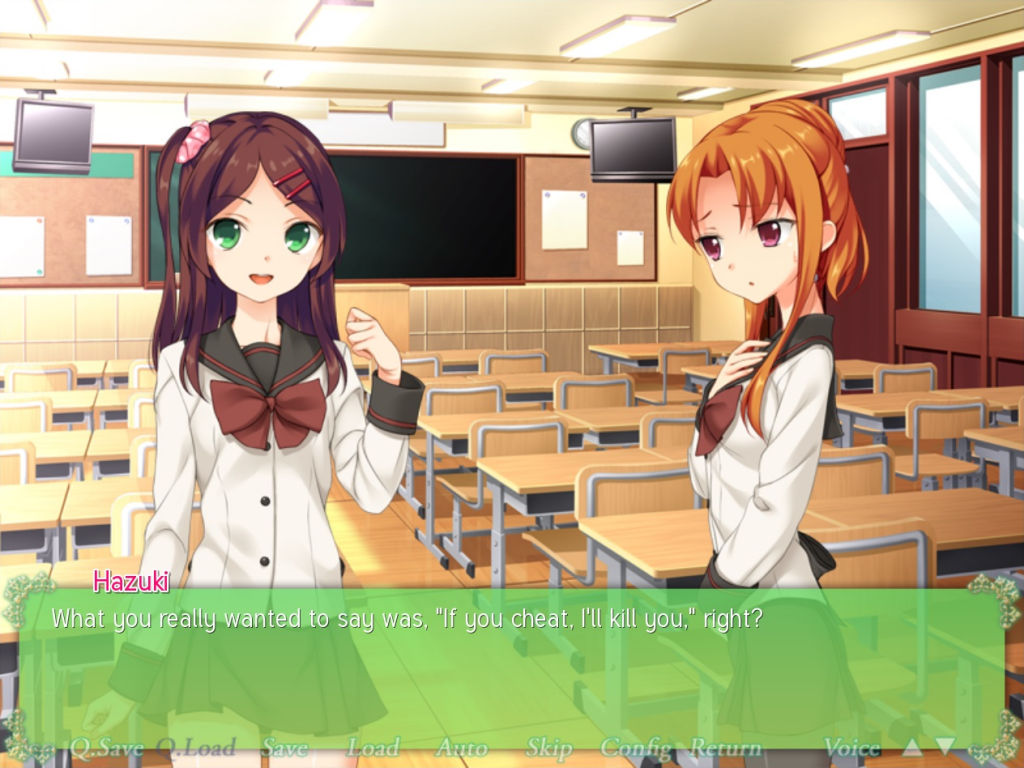 I’m not sure if we should REALLY be playing with fire like this. She might just step on you.

In Ai and Aya’s route, we have a pair of sisters who recently realized that they were separated at birth, and Ai is now uninterested in anything but her sister. But what about Aya, how does she feel about all of this? This is by far my favorite route of the trio, and that’s because of the darkness that happens. No, spoilers, but there’s a lot more going on here than meets the eye.

And then we have Nagisa and Rina. While Ai and Aya might be my favorite route, Nagisa is my favorite character. When it comes to protagonists (the route is played from the perspective of Nagisa), there are three things I look for: a tomboyish attitude, a blunt, tsundere personality, and a smile you just want to fight people for. Nagisa checks all those off and more. When it comes to their route, we have a pair of childhood friends who clearly love each other, but neither is willing to take the next step. That is, until something in particular happens… 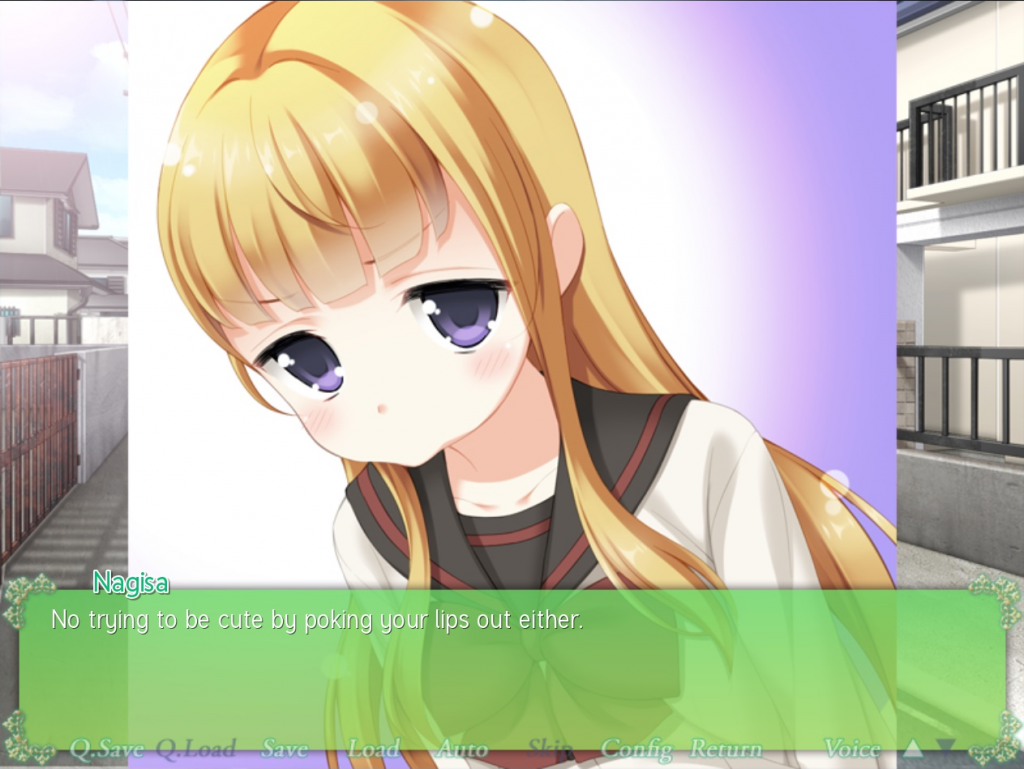 How To Get Your Way 101: Facial Expressions That Kill

Testing these titles is so much fun. When I’m reading, I’m not only enjoying the story, I’m also keeping an eye out for technical issues and grammatical errors so that when the game is released, it is as perfect as it can be. What’s also fun is seeing these games being converted to Ren’py so beautifully. If you have ever played the original versions of any of the Sono Hanabira titles, you know that there are a lot of technical issues, and every last one of them can be eliminated simply by moving it to a different game engine. I imagine that, after the release of Remembering How We Met, the transition is now infinitely easier, and I really do hope that we’ll see more of these titles in the West. 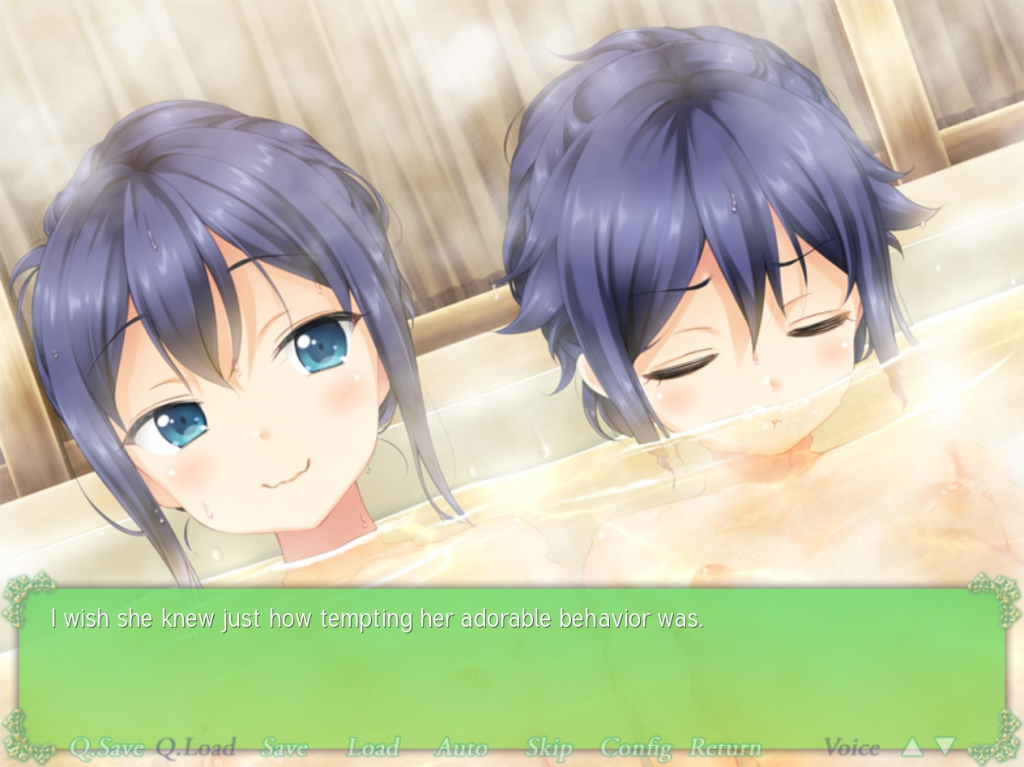 I wish you knew how tempting YOUR behavior was.

To anybody who plays this game, please, please, please listen to the opening and ending songs. They are so much fun to listen to, and it was a blast every time I opened the game. With that all said, I really hope you enjoy A Kiss For the Petals: The New Generation! Feel free to follow me on Twitter, and I look forward to the next time we meet!