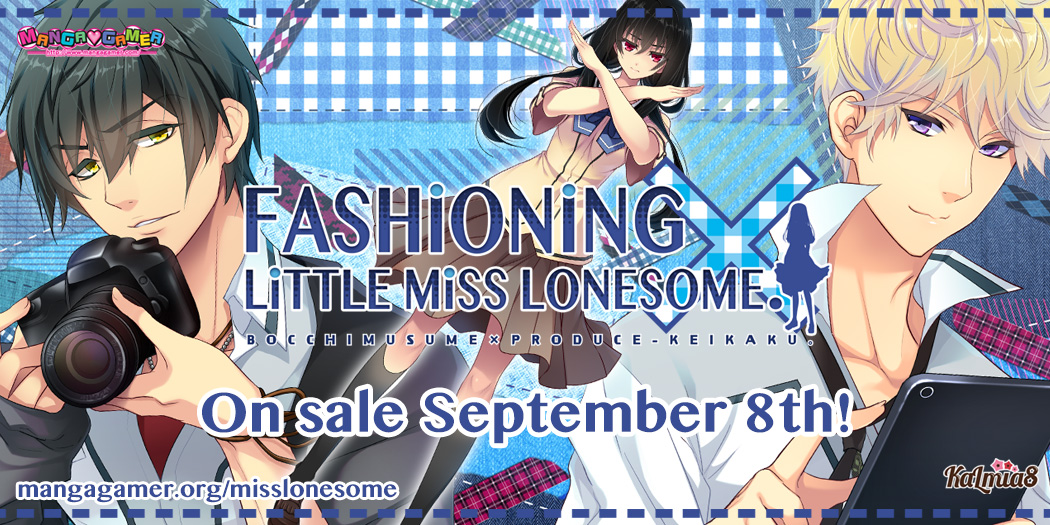 Hey kids! It’s me, VerdelishJP, here to hype you up for Fashioning Little Miss Lonesome!

You know, it’s not every day you get the chance to work on a game that’s the first of its kind in some aspect. I really can’t say this enough: I’m truly honored that I was chosen to translate the first R-18 otome game to be localized in the West. So let me start off by expressing my sincerest gratitude to everyone at MangaGamer who saw my work and decided I was worth it – and who decided porny otome was worth licensing! MG is staffed with some incredibly passionate people, and I’m grateful to have gotten to know a bunch of you over the course of this project. May our paths continue to cross in the future!

Okay, mushy stuff over. AHEM! Fashioning Little Miss Lonesome (FLML) is a comedic eroge, or perhaps better described as an erotic comedy. That is to say, the jokes and gags take FULL priority here. I swear, a lot of the scenes feel like they’re right out of an anime; in particular, Elena Kaibara’s performance as the protagonist Ema bears an almost uncanny resemblance to the main character of WataMote. The game is often painfully self-aware, not to mention littered with obscure pop culture references (boy, were THOSE fun to translate). I know otome games tend to get written off by mainstream visual novel fans as “all sugar and no substance,” but if you’re looking for something a little different from the norm, you might be pleasantly surprised with FLML! On the other hand, if you’re looking for a pure romance story, you might come away disappointed. 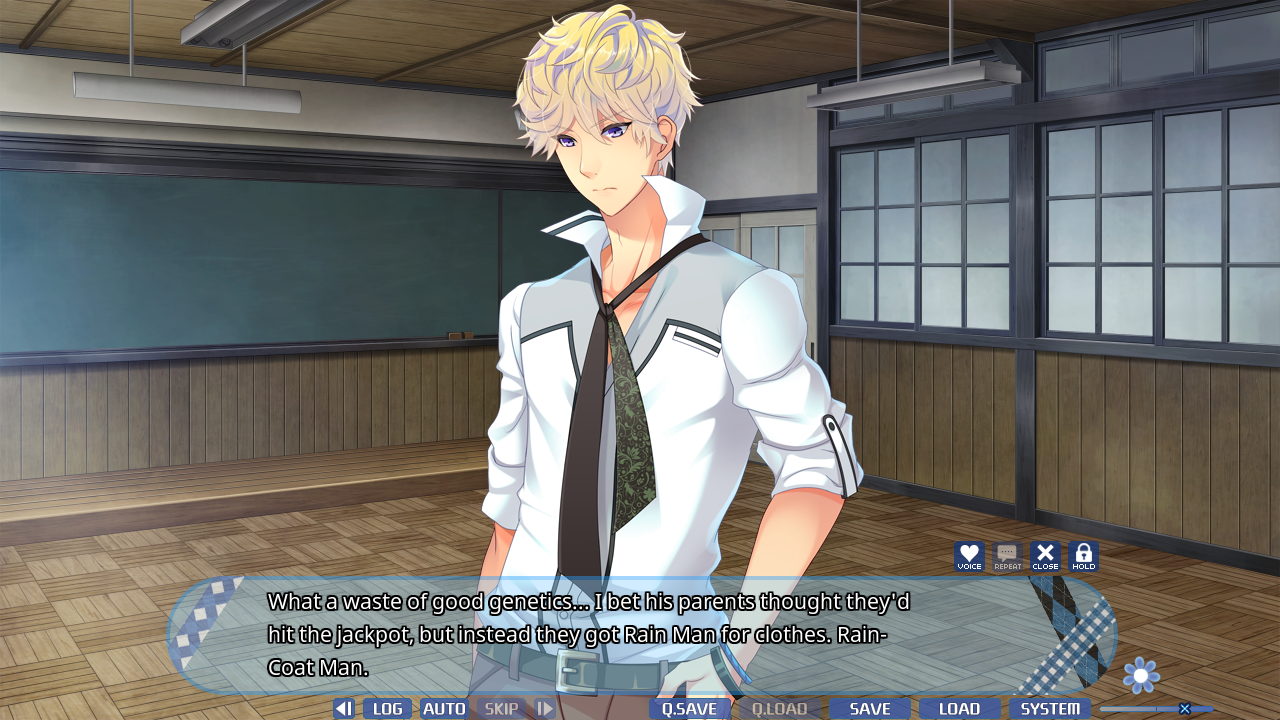 Speaking of come (I’M SORRY, I’M SORRY, I’M TRYING TO REMOVE IT) let’s talk about the sex scenes for a bit! The unique thing about R-18 otome games, specifically, that sets them apart from bishoujo games (or even all-ages otome games!) is that oftentimes, both the male and female characters are fully voiced. Yes, even during the sex scenes!! If you’re a frequent connoisseur of eroge, you KNOW how rare that is. And if you’ve ever wondered what it would sound like with both (or, AHEM, all three) participants fully audible, you should definitely pick this game up and give it a try – you can always turn a certain character’s voice off if you prefer! And even if you’re not particularly into dudes in That Way, FLML is what I like to call a very “bisexual-friendly” game – Ema’s bangin’ bod is on display in most of the ero-CGs, so fans of The Ladies™ have something to enjoy as well! 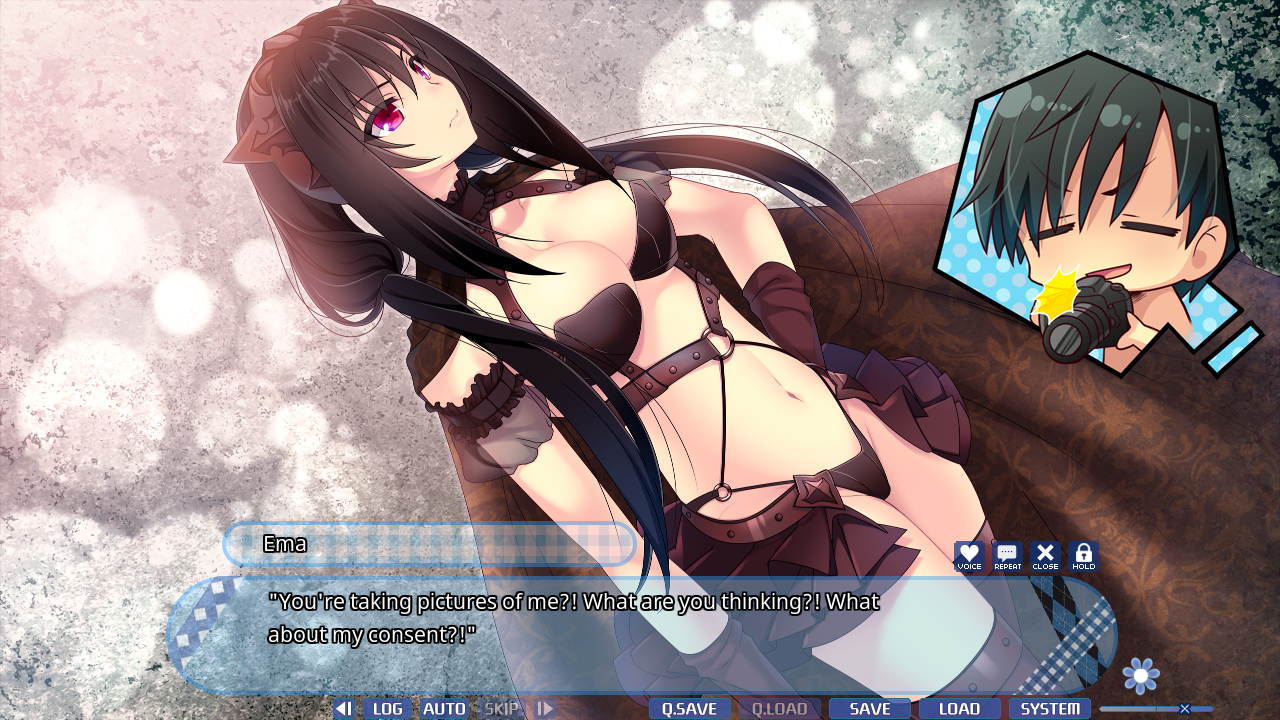 This was my first solo translation project, and I gotta say, I really had a blast. My favorite part of translating is feeling out each character’s unique “voice” and finding the best ways to convey that in English. (If you read my Polygon article on Persona 5 a couple months back, you already know how obsessed I am with character voice!) For example, Miki has a flair for the dramatic, so he has some flamboyant vocabulary; in contrast, Saito gives no fucks and has the potty mouth to prove it. The boys have great chemistry together, even further highlighted in contrast to Ema’s downtrodden grumbling. Or her amazing screams, lmao. You’ve heard of gross sobbing? Get ready for gross shrieking! Seriously, you’re gonna have a great time with these idiots. My editor Mary (@sharpest_rose) and I put a lot of love and care into every line, and I hope it shows. 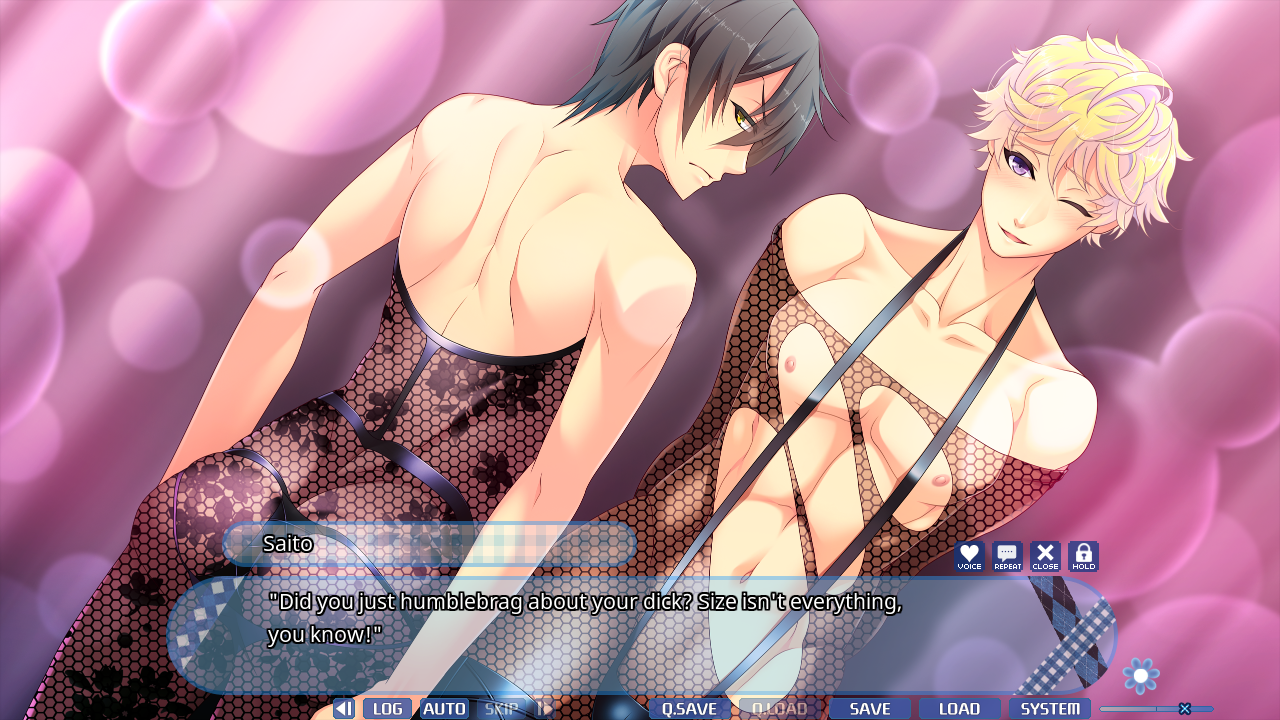 Lastly, a message to you, the reader, as well as everyone in the #OtomeArmada who has anxiously awaited FLML’s release: Thank you so, *so* much. All of your Tweets and RTs, your excitement and energy, has helped me make it this far. Seriously, otome fandom is powerful – so if you love the game, don’t be scared to ask MangaGamer for more titles! Chances are, they’ll listen. And where there’s R-18 otome, you know I’ll be there. ‘ v ‘ b

Fashioning Little Miss Lonesome comes out on Friday! You can pre-order it right now or wait to pick it up on Steam on Friday!