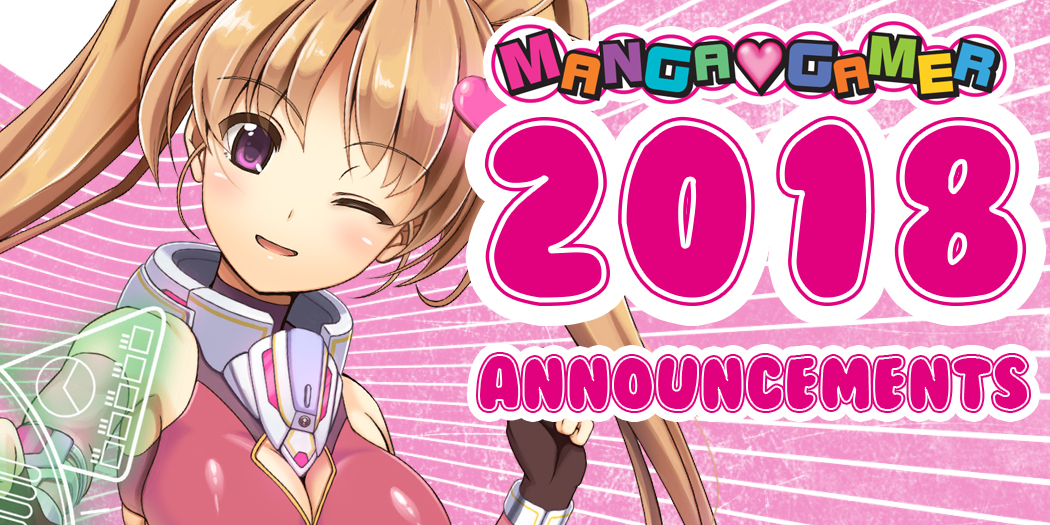 Hot off our panel at Anime Boston, we have our first set of announcements for 2018! 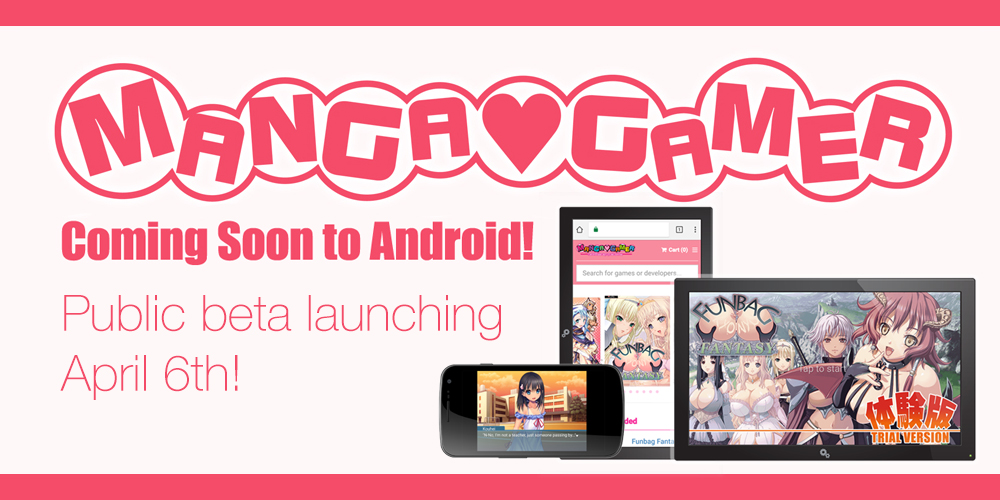 But first, we’re excited to announce that several MangaGamer titles are coming soon to Android! Enjoy some very saucy nukige right from your phone or tablet, including Funbag Fantasy, Kuroinu Ch. 1, We Love Master, Forbidden Love with My Wife’s Sister, and more!

More information about our Android launch will be available in the coming days, so keep an eye on our social media feeds like Facebook, Twitter, Tumblr, and our blog for those details!

To kick things off, our first localization announcement is seal-Qualia’s Amatarasu Riddle Star! 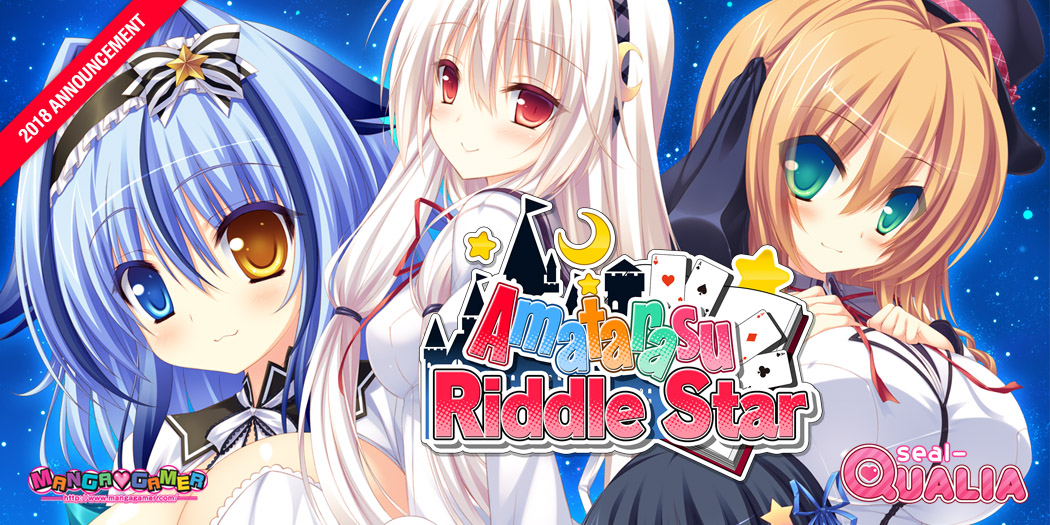 Doumoto Takaya was bored. One evening, he had taken up his childhood friend’s invitation to have a late-night picnic. He accepted, if only to subdue his boredom, and was encouraged to wish upon the shooting stars that were a common spectacle in the town of Hoshigino. During their picnic, a shooting star whisked across the sky and he hurriedly wished for “something fun and wondrous” to occur in his seemingly boring life.

To their surprise, stars began to trickle down from the sky and quickly turned into a full-fledged meteor shower. Rather than disappearing, the shooting stars seemed to have taken shape, aimed at Hoshigino, and enveloped it in a warm, bright light. Once the light dissipated, a single shooting star remained and barreled across the sky before ramming straight into the empty, nearby hill.

From the cloud of dust, Takaya and his childhood friend, Yua, discovered a rabbit-eared girl with white hair running straight for the town. Yua quickly chased after her, but rather than finding the rabbit-eared girl, they found something beyond their wildest imaginations… 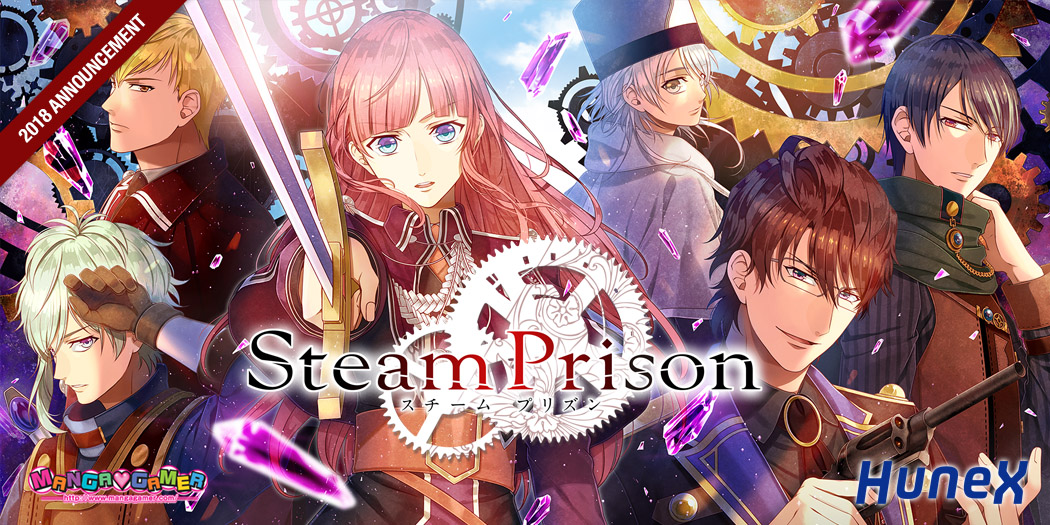 For all you otome fans out there, our next announcement is Steam Prison from HuneX!

There are two kinds of people: the rulers and the ruled. The Heights are a gorgeous utopia. The Depths, a filthy industrial wasteland. Our heroine, raised in the Heights, has nothing but contempt for those below. Now an observation mission requires her to descend into that world, and the gears of fate have begun to turn.

Additional Information from the localization team: 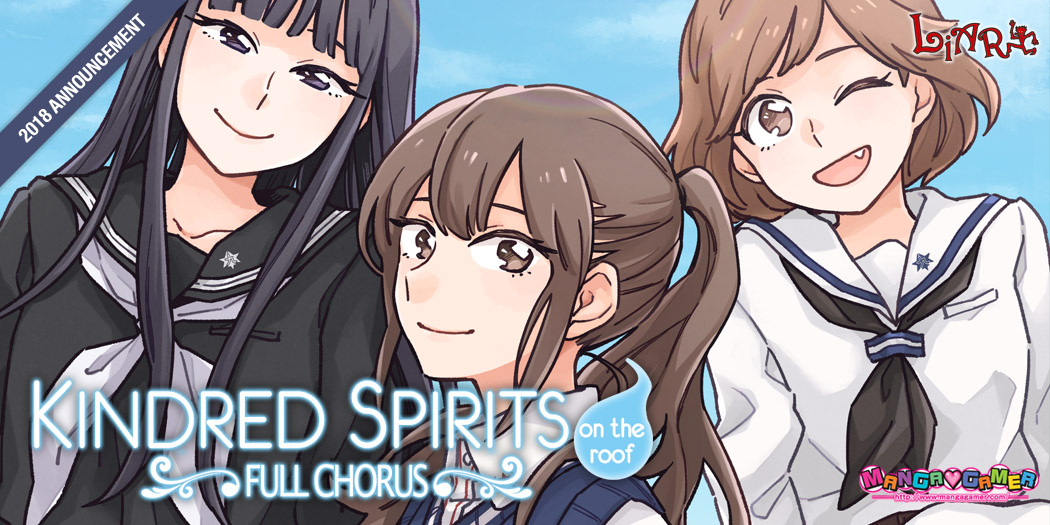 Your voices have been heard and we’re pleased to be working with Liarsoft to bring Kindred Spirits on the Roof ~ Full Chorus ~ to MangaGamer and Steam!

Our localization team will be porting the base game, which will allow Mac and Linux customers to enjoy Kindred Spirits on the Roof, too! Those who wish to upgrade to Full Chorus will have the option of purchasing the DLC on either MangaGamer.com or Steam on launch.

We do not have release or pricing information at this time, but please keep an eye out on our usual social media steams and the Steam forums for that information!