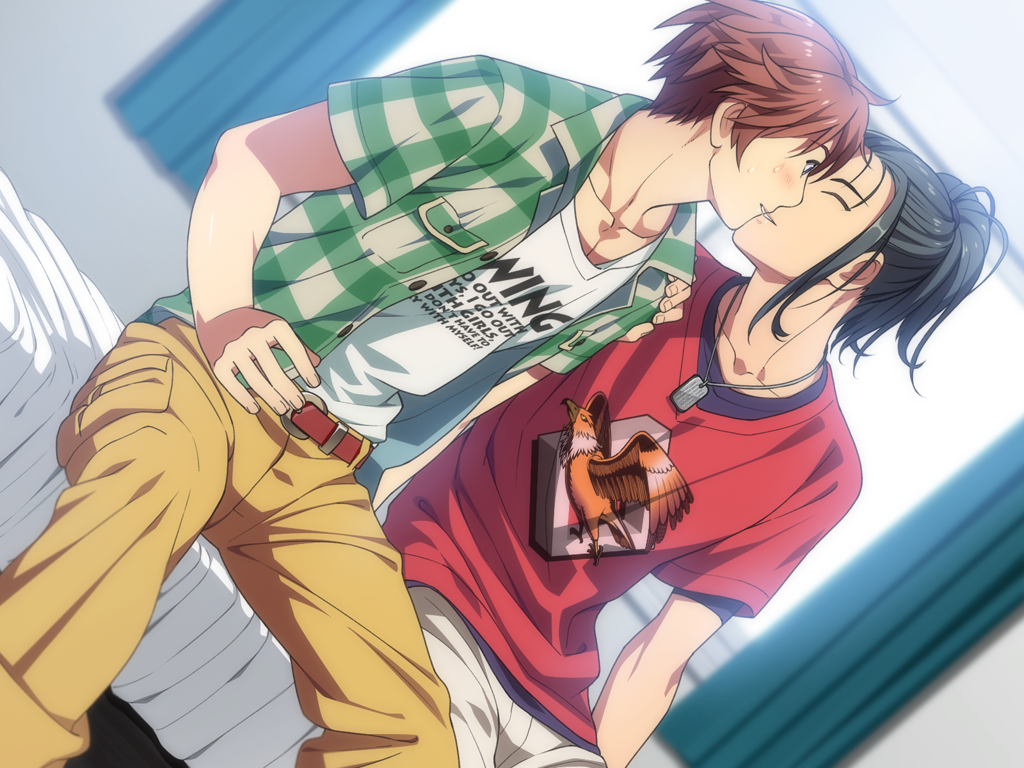 Starting from the youngest of the guys we have the oh-so friendly Hiroyuki Akiyama! 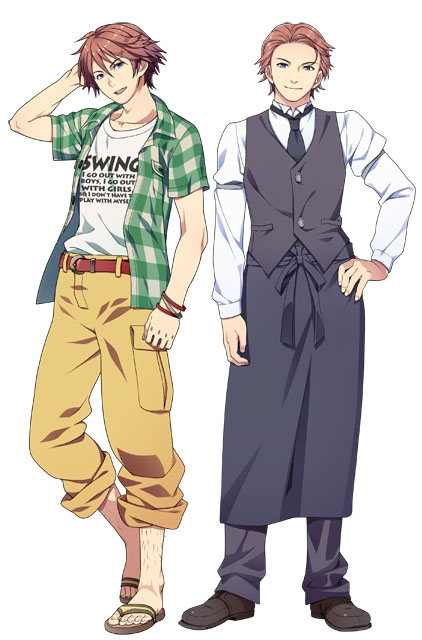 Don’t let the T-shirt fool you, Hiroyuki is straight (he has no idea what his shirt says) and he’s not really one to fool around with people casually––or at all even: he’s still a virgin.

Hiroyuki’s a friendly, cheerful guy. He’s the first member of sótano to really warm up to Haru. He’s never had a girlfriend before even though he has no trouble talking to women. I guess you could say he’s a bit of a romantic and kind of old-fashioned. Though, as a 22 year old dude with an average-to-high sex drive and no girlfriend, Haru’s rather forward approach proves quite effective. 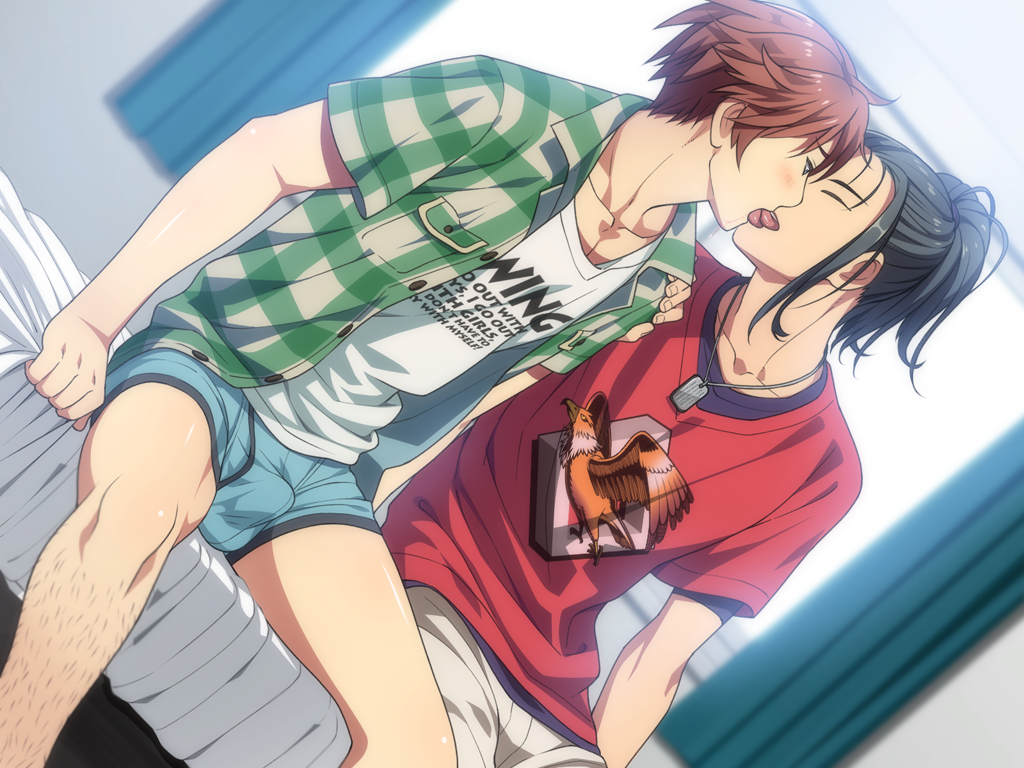 On the work side of things, Hiroyuki’s diligent and eager. He really admires Ryu and Maki and wants to learn all he can from them. As far as the unofficial business goes, he’s probably a little overeager even. He always wants to do the right thing and help people out, but, well… let’s just say Hiroyuki doesn’t exactly have the best of luck in general. 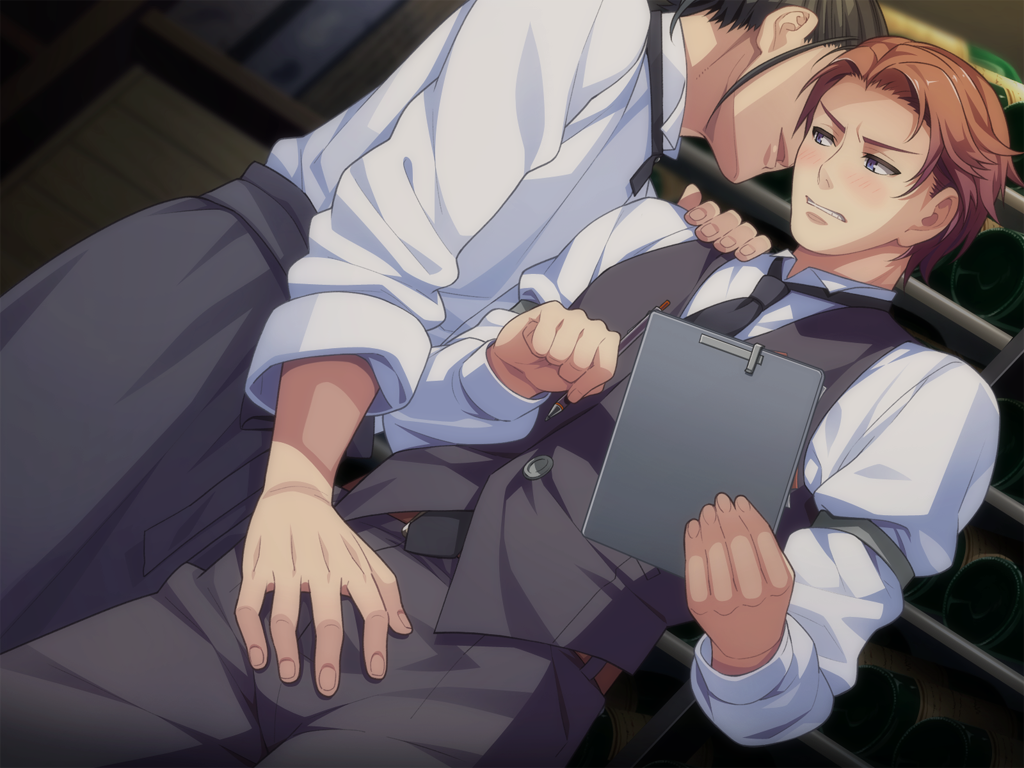 He’s not exactly naive and he’s far from stupid, but sometimes his enthusiasm gets the better of him and he says a little more than he probably should––he sort of wears his heart on his sleeve.

The creators recommend playing Hiroyuki’s route first and I’m inclined to agree. It’s sort of the introductory route and a fair portion of the first part of the game tries to steer your toward him. Not that you have to play in the recommended order, just putting it out there. His route is often described as the most traditional BL route and it’s definitely the one most closely resembling a romantic story.

The next oldest of the pursuable guys and nearly Hiroyuki’s polar opposite is Ryu Kurosawa. 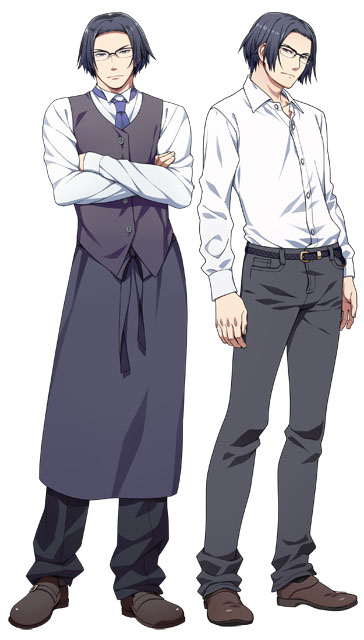 “Ryu Kurosawa. 27 years old. 5’11″ 150lbs. Occupation: bartender. I play piano about three times a week as well, but it isn’t my primary profession. I have no interest in women or any desire to get married. …Men? Hah. I have work to do. Now, if you’ll excuse me.”

Ryu is the resident tsundere glasses type! He’s sótano’s head bartender and occasional pianist. He puts on a charming, affable face when customers are around, but the ‘real’ Ryu is uptight, neurotic and anti-social. 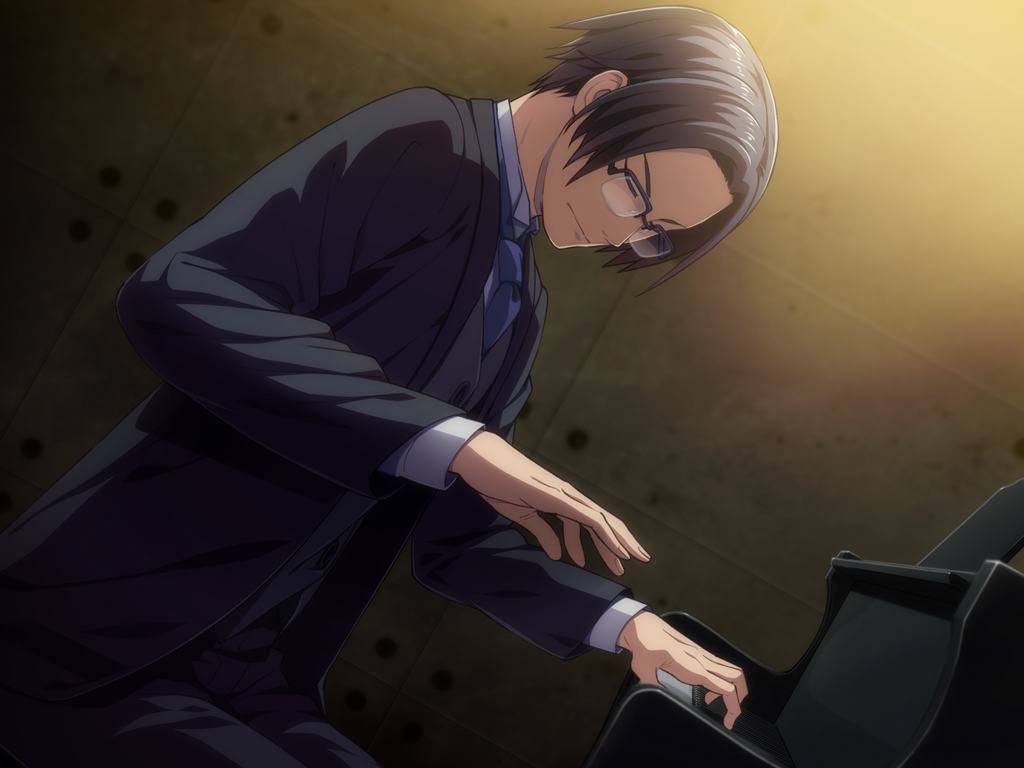 He takes his work very seriously and doesn’t tolerate idiots. Naturally, he and Haru are at odds from the get-go. Ryu prizes efficiency above all. Whoever can’t keep up with him gets left behind. On the unofficial side of things, Ryu tends take on more of an organizational or investigative role, but he’s not exactly helpless in a fight either.

As far as how Haru wins over this icy, no-nonsense glasses guy… Well, Ryu seems to acquiesce to Haru’s advances rather readily, almost too readily for someone with such a prickly persona. Is there something else going on or is Haru’s technique just that enticing? 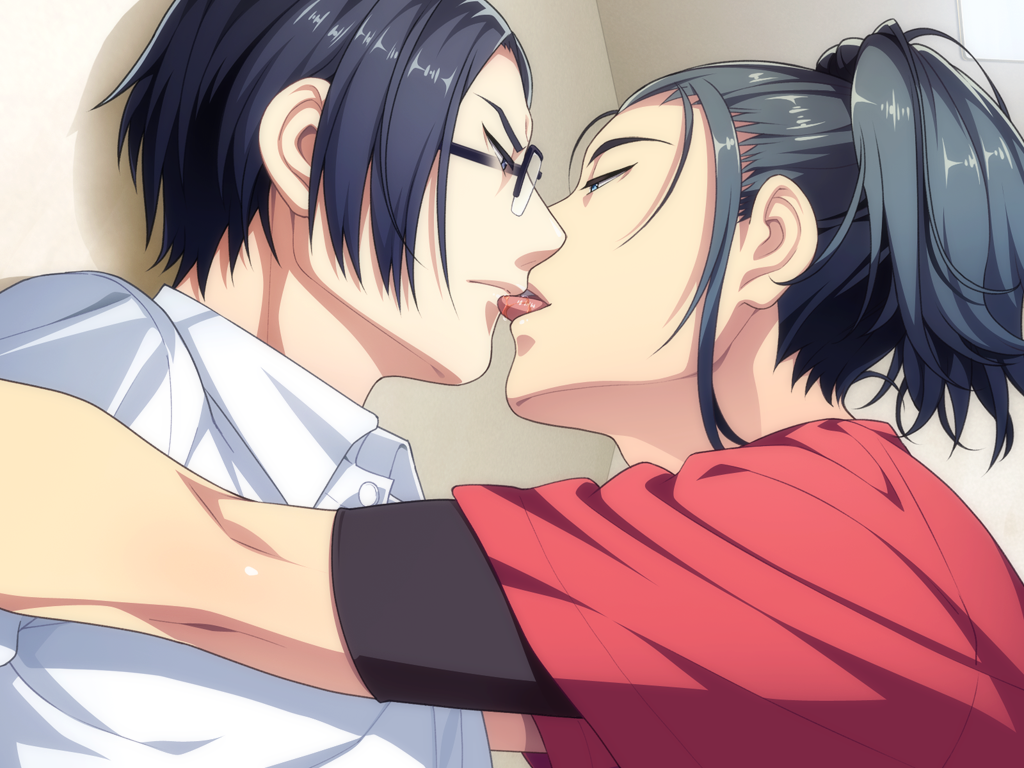 Ryu’s route is recommended to be played last, since, without going into details, his route probably provides the most closure overall.