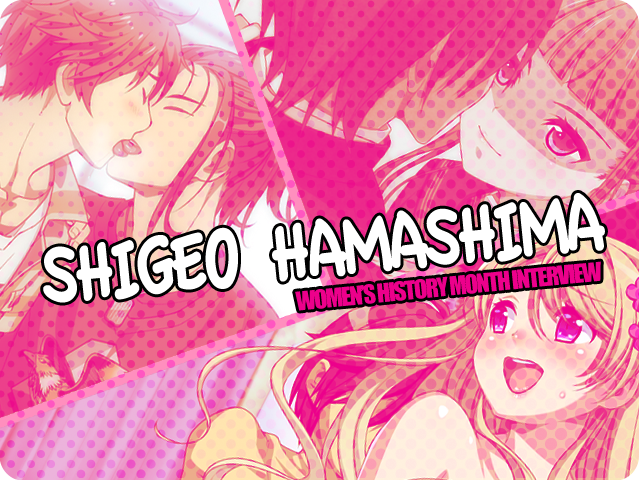 Welcome to the second installment of our Women’s History Month interview series! If you missed the first installment of the series, talking to some of the women on our localization team, you can read it here.

For anyone who may be unfamiliar with Women’s History Month, it’s celebrated in the US, UK and Australia during the month of March to bring attention to the contributions of women in our society. So, in the spirit of Women’s History Month, we decided it’d be a good opportunity to highlight some women creators among our eroge partners and let them tell us about themselves and their work.

This week, we talked to Shigeo Hamashima, ClockUp employee and artist of Eroge! Sex and Games Make Sexy Games!, No, Thank You!!!, and Euphoria to name a few.

How did you get into the eroge industry? Were there any specific works or creators that inspired you to work on eroge?

I first discovered eroge through the game Dokyusei 2. I decided I wanted to work in the industry after I played Demonbane, Saya no Uta, Fate/stay Night and so on.

How do you think your experience as a woman has informed your work?

It can be difficult because I don’t know what it’s like to be a man. I end up asking the men around me about what kinds of things help them get into––and off on––a scene and what sorts of things make it more difficult. 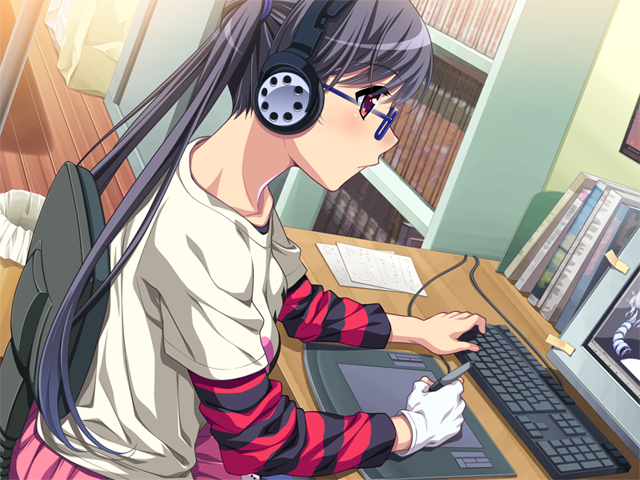 What is your process like? Do you have any particular techniques for getting a feel for a scene or character?

First, I get a sheet of text roughly describing the scene I’m asked to draw, and then I work on several quick thumbnail sketches. Then based on that I get instructions on what sorts of variations to create and work on the final version from there.

What are your favorite kinds of scenes to draw? Or favorite aspects of characters?

Lately, I’ve been pretty fond of scenes where characters start out bashful and gradually lose their composure.

I think just about any character can go through that sort of transformation.

Are there any parts of the process of producing art for eroge that you find particularly difficult? What keeps you motivated when things get tough?

I’m always struggling with the fact that my art just isn’t very good. I have these wonderful images in my head, but I just can’t get them out onto the page. I think all artists struggle with that though.

I tend to have trouble maintaining motivation, so that’s a particular issue for me. When I’m working on a game, seeing my coworkers giving it their all inspires me to keep going, so it really depends on the team.

Is there a game or other work you’ve worked on that you’re particularly proud of?

For the first time in a while I got to draw in the underdrawing shadows and highlights for every cut I was responsible for in Eromanga!, so I’m personally very satisfied with how that came out. 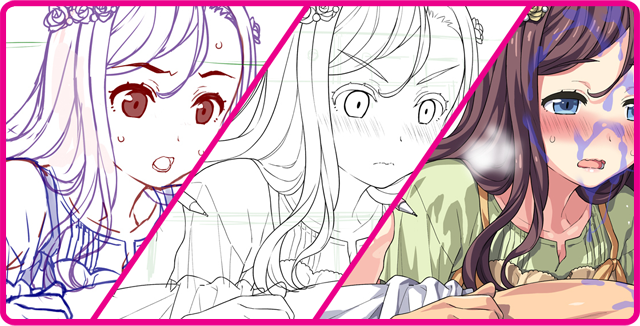 Ms. Hamashima has posted a few progress sequences of CGs from Eromanga! on her Pixiv account. Please note that the illustrations are NSFW.

How do you feel about the censorship and obscenity rules in Japan?

Obviously I have to abide by them because I couldn’t sell my work if I didn’t, but I always draw details beneath the mosaics on the off chance that someday, someone will get to see it. It makes me happy when people get to see my work uncensored.

What do you think about the state of the eroge industry as a whole? Is there anything you’d like to see change in the future?

I’m not all that well-informed about the industry as a whole, but… I’d like to work on something that could be played more casually. I think there are going to be increasingly more people playing games on tablets. 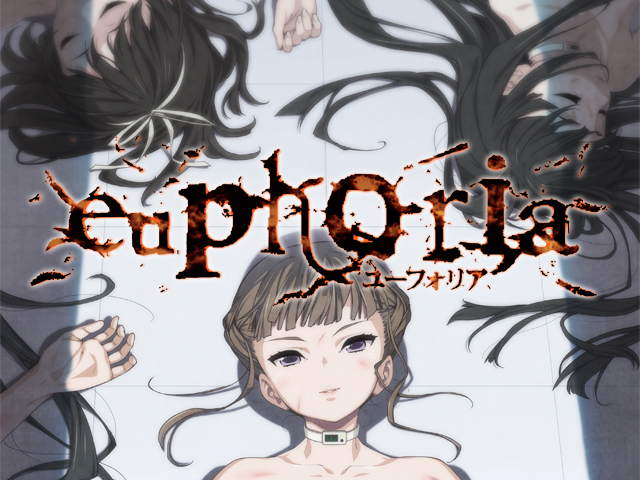 A lot of people, especially outside of Japan, are kind of surprised when they find out a woman did the art for Euphoria. What was it like working on the game?

I was involved with the game from the planning stages, so it was a lot of fun. I’m very grateful to Ei Asou, who came up with the idea, and the director Ryou Akutsu [for including me].

They used a bunch of scenes I wanted to include, so I had a lot of fun drawing them.

No, Thank You!!! was the first BL title you’ve worked on. How did working on a BL game compare with working on regular eroge? Did you have to do any research to prepare for it?

The hardest thing was probably the fact that you have to get both of the guys’ faces on screen at the same time. Generally, eroge for men are drawn in POV style, and you do what you can to keep the man’s face out of the shot, but BL is the complete opposite.

Most of my research was focused on figuring out how far I could push a more explicit approach to sex and still appeal to other women. I consulted with other women about whether I could get away with a more masculine approach instead of a sparkly-clean, romanticized one. 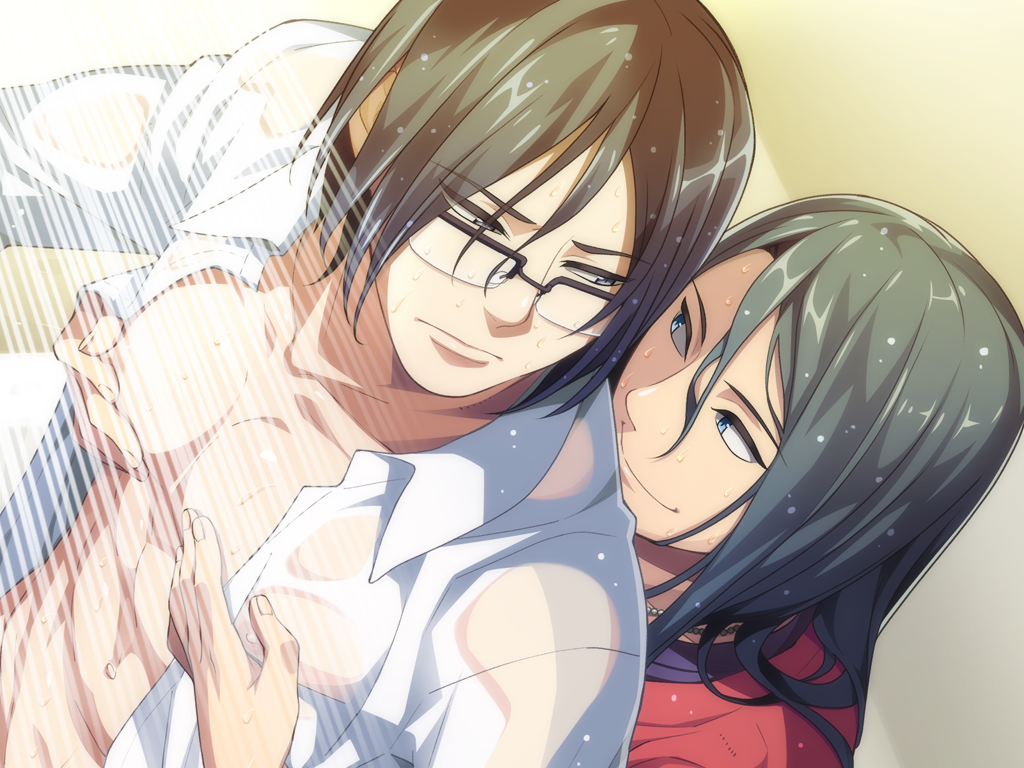 What do you find most rewarding about your job?

When people tell me that they really got off on my work. It just makes me happy to feel useful.

Are there any dream projects you hope to have the opportunity to work on some day?

I’d like to work on a really dense nukige where, even if the game didn’t have many sex scenes, each scene would have like 3-5 base CGs––instead of just one––to really thoroughly depict the sex.

Is there anything else you’d like to say to your English-speaking fans?

I was really surprised when I heard there were fans who enjoyed eroge overseas. I think eroge is a stage where you can express a wide variety of ideas. I hope I can keep on making eroge, and I truly appreciate all your kind and continued support.

Stay tuned next week when we talk to another talented artist, Circus’ Yuka Kayura!