A Kiss For The Petals: Remembering How We Met––Editor’s Corner

Greetings. This is Craig Donson, proud to finally announce my involvement as overseer of the first official English localization of A Kiss For The Petals. For this release, Remembering How We Met, I served as editor and co-programmer of the home computer port of the mobile phone original. 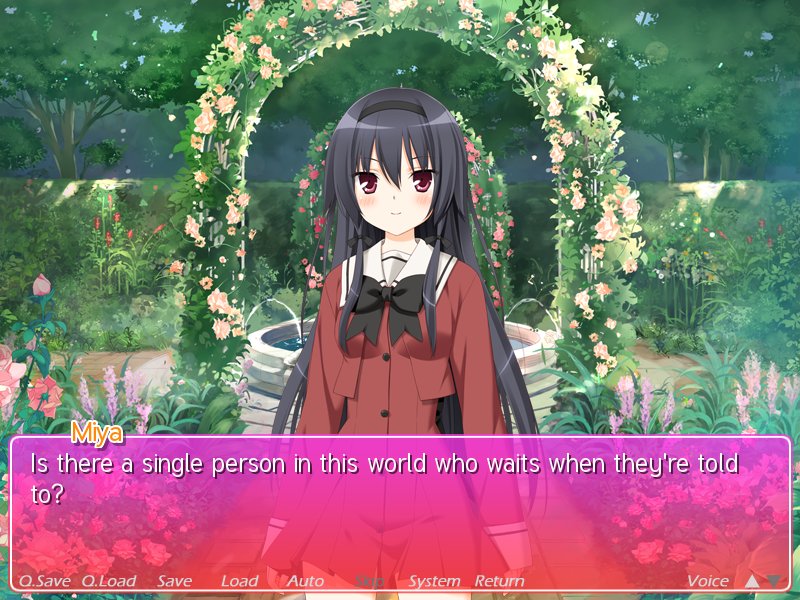 As many of you are aware, I have spent many years advocating A Kiss For The Petals as a yuri product like no other. With the blessing of the developers, I would like to take this opportunity to briefly discuss my history with this series as well as the companies behind its production directly from the source.

My first encounter with it was in November 2008. At the time, I had no familiarity with yuri, and I was seeking alternative entertainment. A Kiss For The Petals consisted of five visual novels, with a sixth to be released only days later. I started on the fourth visual novel and learned later that it was part of a series. I immediately recognized it as something to be cherished—an adult-oriented product that made a point of eschewing elements that frustrated my enjoyment of them.  The “Day-to-Day of Yuri” articles by series producer Mi Kara Deta Saba plainly list the elements that are unpopular with yuri fans and yet are so common in the genre. In short, A Kiss For The Petals was dedicated to proving that none of them are necessary to succeed.

While this alone is an exceptional show of tenacity, over the following years, the franchise grew in ways I never expected.

After the first few releases, the series took a noticeable slant toward storytelling away from pure titillation, which gave it appeal to those with little care for explicit material; said content could be skipped with little consequence on the story, allowing a wider audience to enjoy it any way they pleased—indeed, recent titles with no sexual content whatsoever have even proved that the characterization stands on its own. The cast steadily expanded as well, resulting in a wide range of personalities and relationships that cater to many different tastes. Every new couple felt distinct, and despite the high concentration of couples of young women in a single campus, the possibility of infidelity is never so much as entertained. This yuri series I had stumbled upon was truly one of a kind, and yet exposure of it outside enthusiast communities was extremely limited. I took this as a challenge.

I took it upon myself to promote it using all resources and skills at my disposal—largely through fansites and convention appearances—with the eventual goal of raising enough interest in an official English release. Many individuals both in and out of Japan lent their skills and influence to the cause, and the fruit of our efforts is now available to you on Steam. 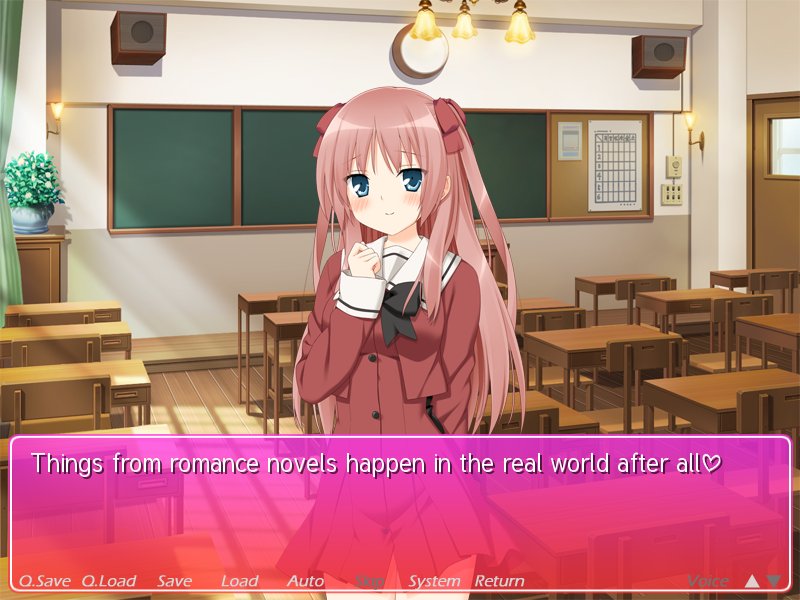 While I could further discuss what I enjoy about A Kiss For The Petals, I need only refer to the “Day-to-Day of Yuri” to explain my motivations for dedicating over seven years of my life to its growth as a fan. At no point in the many years I’ve followed the development of A Kiss For The Petals did it waver from the qualities that make it irresistible. Mi Kara Deta Saba is a truly passionate and talented creator in the way he manages around his own self-imposed limitations, and it is my hope that others take after his conviction. His vision manifested in three companies, all targeting different markets according to the evolving climate for yuri.

In 2006, the foremost yuri title to the general public was Maria-sama ga Miteru. Despite its popularity, certain members of the doujin visual novel community lamented the lack of adult-oriented yuri titles. They proclaimed, “If there is none, let’s make one ourselves!” With such a simple declaration, Fuguriya was founded. Their first visual novel, titled A Kiss For The Petals (その花びらにくちづけを Sono Hanabira ni Kuchizuke wo), was released in September of that year. The odds were stacked against it, being a strictly yuri visual novel in the amateur market, a niche within a niche. Despite this, it found great success, which led to the release of ten additional visual novels over the next five years, as well as many drama CDs and light novels.

In 2011, the anime series YuruYuri sparked a renaissance of yuri in the Japanese mainstream market. With the sudden emergence of a commercial market for yuri, Fuguriya decided to pursue it with a commercial entity of their own and launched Yurin Yurin in July 2012. A Kiss For The Petals became a full-price product with a greatly expanded scope to match. It was through this brand that Azumi Risa and Ayase Miya made their debut. A total of six commercially released visual novels were produced by Yurin Yurin.

Even after the establishment of a commercial brand, non-visual novel products continued to be published under the Fuguriya name. The larger-scale visual novels and the supplementary drama CDs and light novels targeted separate markets. St. Michael Girls’ School was established in October 2014 to erase the boundaries between the amateur and professional markets; Remembering How We Met on iOS and Android is its flagship visual novel release. With this monumental English release, St. Michael Girls’ School and MangaGamer will tear down one of the last remaining boundaries within the A Kiss For The Petals fandom: the language barrier. 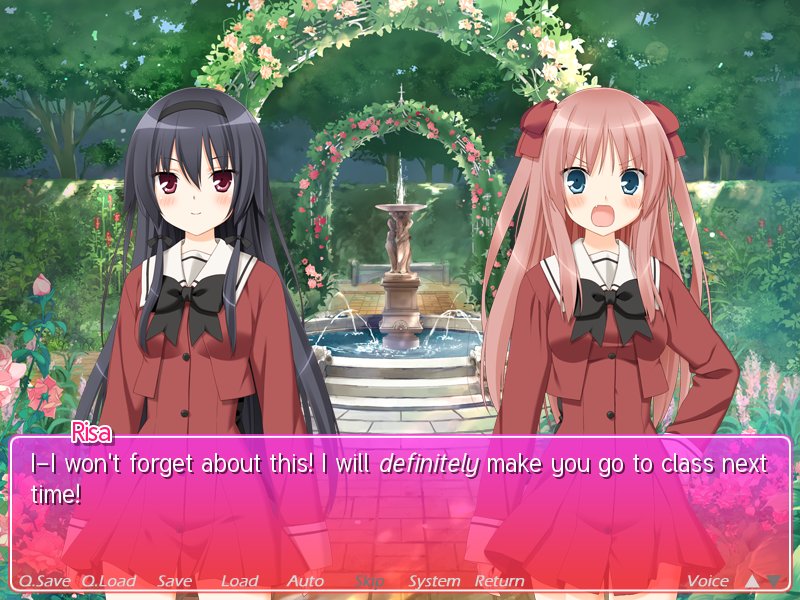 It is no exaggeration to say that the individuals I’ve met and opportunities afforded to me through my work as a fan have enriched my life. As I write this, I’m in awe of where we stand today compared to seven years ago thanks to the tireless work of dedicated fans. Our accomplishments are great, but there are still many titles waiting to join Remembering How We Met on the English market. Will we have the opportunity to bring more of them to the West? What does the future hold for A Kiss For The Petals as it enters its tenth year? To what extent will yuri save the world? Let us find out together.