The English version of A Kiss For The Petals: Remembering How We Met is now available on MangaGamer.com and Steam!

The People Surrounding the Couple

The couples featured in the Petals games are known as the “Best Couples” within the games, and the girls are idolized by their fellow classmates, who think they’re “Just lovely~♪” 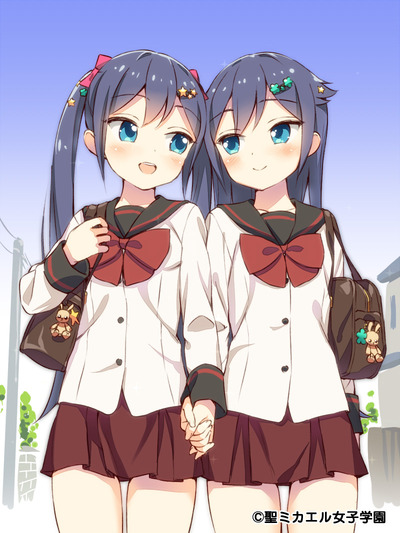 And indeed, this soft-spoken, ladylike reaction is done intentionally.

That is to say, the longer a story goes on, the greater the probability that characters who aren’t yuri will become characters who reject yuri.  For example, if the background characters are more laid-back, and naturally fall into male/female relationships…

It’s not as though these things are said out of malice.  It’s just a girl asserting that she isn’t gay… But in the world of yuri, that tends to get conflated with disapproval of yuri.

That’s why the background characters in the Petals series are exclusively soft-spoken, ladylike characters make it a point to warmly greet the yuri couples, and fawn over them like groupies (lol).

Check back later this week for the last installment of The Day-to-Day of Yuri!