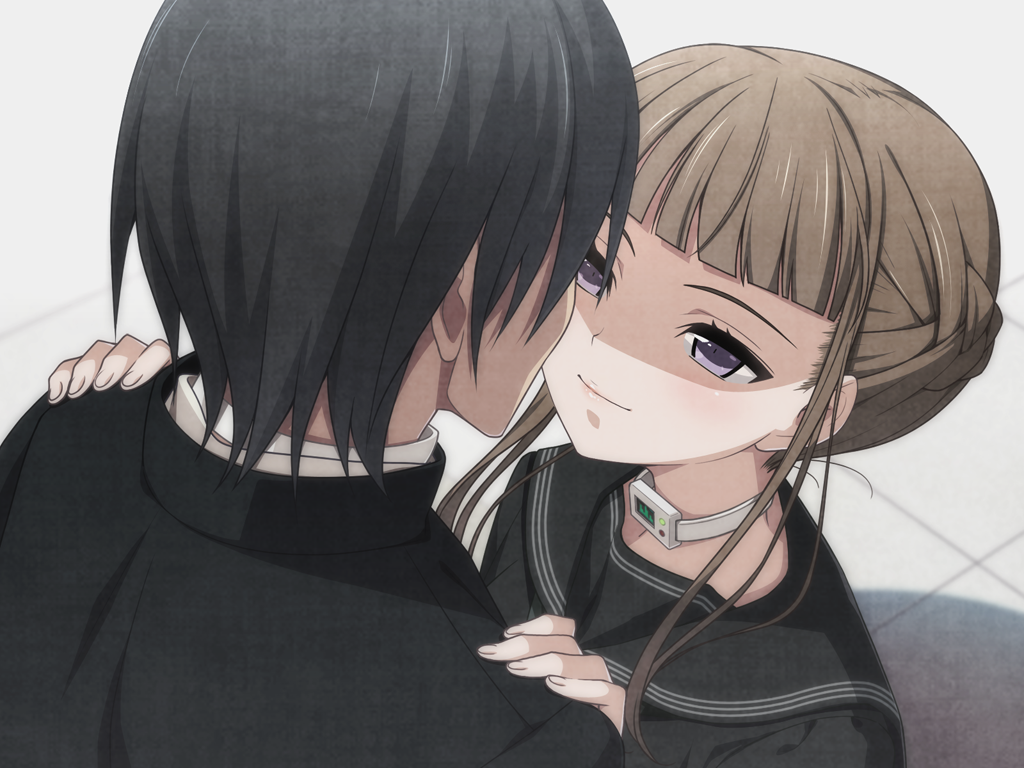 Today we’re happy to present the third of five interviews with the staff who helped create euphoria! These interviews have been translated from euphoria‘s original website. The third one is with the Director, Akutsu Ryou.

Q. What were you in charge of for Euphoria?
A. I was the scripter and director. I did a lot of things as the director, but you probably want to hear specifics…

Q. Which part of Euphoria was the most fun for you to work on?
A. Ordering stuff was fun. I was able to pick out stuff I liked. I really got into that. Seeing the finished results every day was fun, too.

Q. Which part of Euphoria was the toughest for you to work on?
A. Ordering stuff was not fun. For example, with the BGM I’d say things like “I want this kind of song”. I’d have an idea for the kind of song I’d like in my head, but I don’t have any expertise in that sort of thing, so I couldn’t express what I wanted. I’d search for sample songs that were like the ones I wanted, and sent out abstract orders like “I like this part of the song, but this part isn’t right”. I’m grateful that Uehara-san was able to decipher all of that.

Plus, things were even more hectic this time around when we were about to go gold (master up).

Q. Ever feel like you’re a workaholic?
A. Not really in my job itself, but I guess in games? The weirdest thing was probably talking with Supana-san (the other scripter) and going “could you input an order so that the rain stops by the time I’m about to go home?”.

Q. Eat any tasty food lately?
A. Angel pudding once a week at the convenience store. Also I often eat Sanuki udon at places that carry it.

Q. Is there anything you can’t live without while working?
A. Fluids (with water). I always have brown rice tea, roasted green tea, jasmine tea, and black tea leaves stocked.

Q. What’s the most useful software you use during work?
A. “Hidemaru Editor” helps me out the most, but I guess “Excel” is second. I use “WinMerge” often, too, to help me find places in the script or text that were altered. I use “Mame File” for file management, but I’m not exactly a master of that.

Q. Who is your favorite character in Euphoria?
A. I like them all. However, assuming I was the protagonist and had to make one of them my wife, I’d go with Nemu! I guess objectively, though, I like Sensei. I just want to bury my face in her tits like an infant. I want her to go “ara ara” while she pats my head.

I love poop, too, as a means of humiliating girls.

Q. Any messages for our Euphoria players?
A. I tried my best to make sure that this game would suit fans of many different tastes. If anything in particular sticks out, please do your best to challenge it.