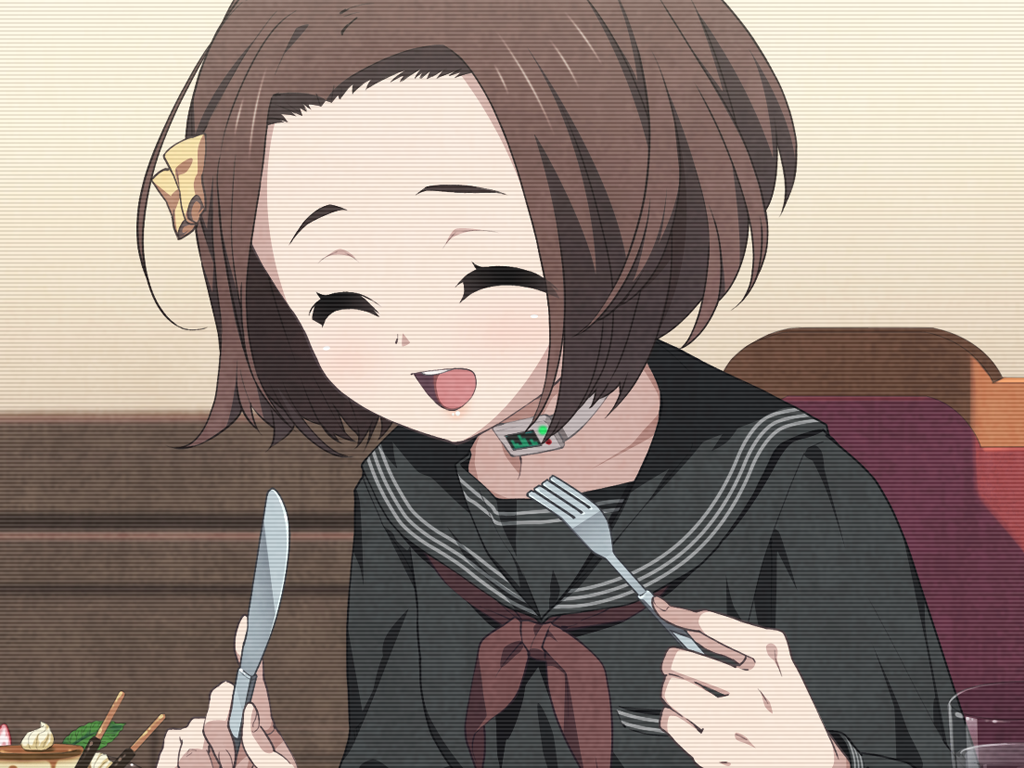 Today we’re happy to present the fourth of five interviews with the staff who helped create euphoria! These interviews have been translated from euphoria‘s original website. The fourth one is with the Scenario Writer, Asou Ei.

Q. What were you in charge of for Euphoria?
A. The planning, character/setting info, the plot, scenario writing, creation of pre-order bonuses, and outsourcing another writer. I was also able to help finalize each character’s appearance, too. It was a lot of fun.

Q. Which part of Euphoria was the most fun for you to work on?
A. Being able to write h-scenes without having to restrain myself. Not like scat and gore, but… more like Nemu’s first h-scene.

Q. Ever feel like you’re a workaholic?
A. When I’m writing h-scenes that’s all I end up thinking about, so if I go out I sometimes end up almost saying things like “pussy” by accident. If I ended up doing something like that while I was out seeing the osteopath I wouldn’t be able to go back. I’d be erased from society.

Q. Is there anything you can’t live without while working?
A. Fluids (water). Water in the summer, coffee in the winter. And eyedrops.

Q. What’s the most useful software you use during work?
A. Outside of the stuff I absolutely need, there are two.

Q. Who is your favorite character in Euphoria?
A. Rika. This kind of game needs a character like her. I’m looking forward to people going “Rika’s so annoying!” once they play it. Also, I like Nemu in a different sense.

Q. Any messages for our Euphoria players?
A. Please support Euphoria.