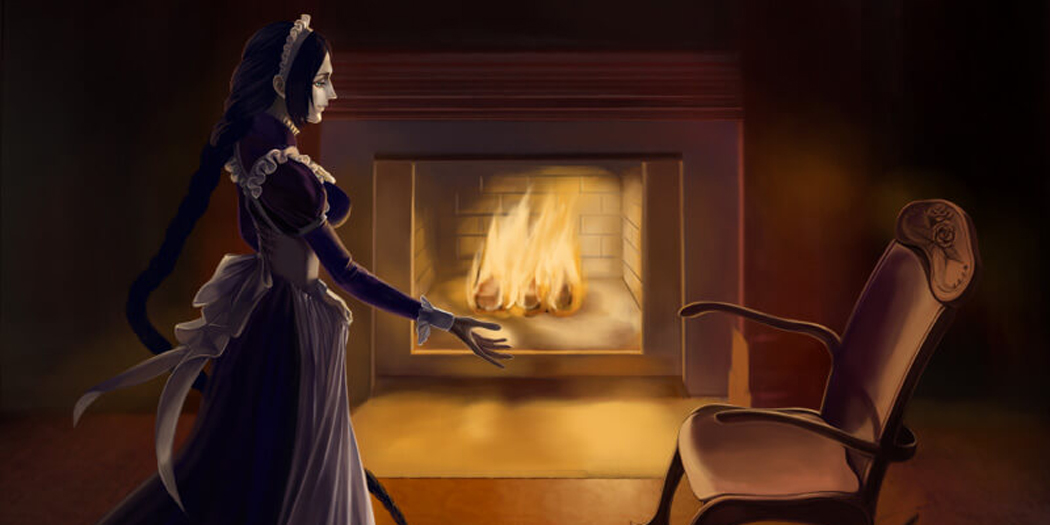 Hey, everyone. BlackDragonHunt here again, translator and programmer on The House in Fata Morgana. Today, I’d like to talk a little bit about the writing in Fata Morgana.

If you’ve seen the website or played the demo, then you probably know that Fata Morgana is a story that takes place in several different locations and spans almost a millennium. As such, a fairly wide range of cultures and time periods are represented.

Character voice, word choice, and overall tone are problems every localization has to deal with—especially for text-heavy games like visual novels. The sheer breadth of Fata Morgana‘s setting and cast made it particularly important for us to settle on a strategy early and stick with it, otherwise risk ending up with an inconsistent, jumbled mess of a script.

Linguistic authenticity in historical settings is a challenging balancing act. If the language is too overtly modern, it threatens to break immersion, but with a few exceptions, you can never really achieve total authenticity either. The farther you go back in the English language’s history, the more difficult it becomes for modern speakers to make sense of, so you have to compromise somewhere.

The original Japanese uses mostly modern language, with very little in the way of archaic speech—a deliberate stylistic choice meant to prevent the text from distracting readers from the content. We adopted a similar strategy in translation, settling on mostly modern English with a smattering of “period” and “regional” language specific to each of the various regions and eras depicted.

So you’ll see words like “bedchamber” used in place of “bedroom,” and “abigail” instead of “maid” (which, ironically enough, is still anachronistic for the chapters where it’s used)—just a few words here and there, but hopefully enough to give the stories some historical flavor without obstructing their readability.

The other thing I’d like to briefly mention regarding The House in Fata Morgana‘s writing is its use of perspective. [Note: minor spoilers for the second chapter follow.]

Fata Morgana makes fairly liberal use of perspective changes to provide a multifaceted view of its story. In the demo alone, you can identify at least six unique perspectives: the mysterious monologue with which the game opens; the anonymous second-person narrator that describes the events between chapters; the Maid, who narrates the bulk of the first two tales to You; Pauline, whose direct, first-person perspective appears numerous times in the second chapter; and two more I won’t talk about to keep spoilers to a minimum.

The importance of having all these different perspectives is initially revealed with the second chapter, which serves as a sort of guide as to how Fata Morgana wants you to approach it as a narrative. It demonstrates that its stories are colored by the eyes through which you view them; without the scenes from Pauline’s perspective, the tale behind the second door would have taken on a very different form. And that’s something we encourage you to keep in mind as you continue on your journey through The House in Fata Morgana. 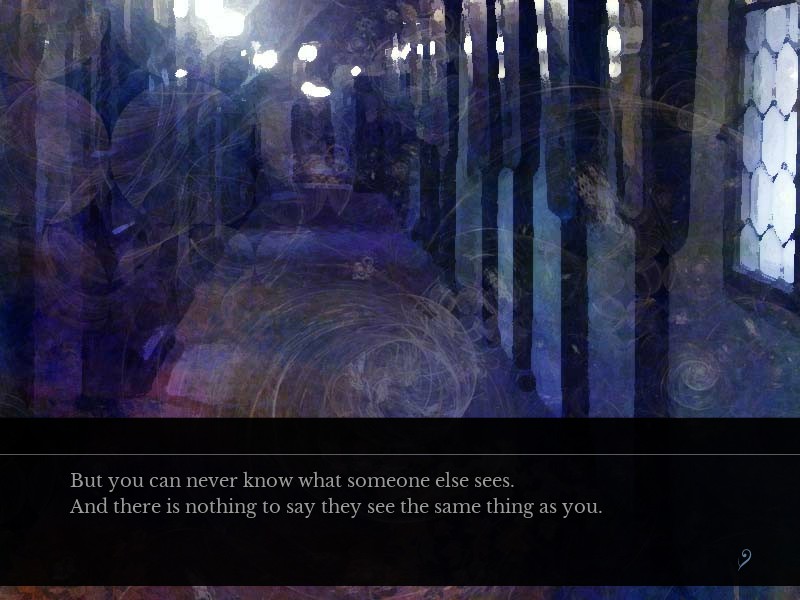 The House in Fata Morgana comes out on Friday, May 13th! You can check out the official site and download the demo, or preorder the deluxe edition, regular edition or the OST by itself right now for 15% off! Fata Morgana will be coming to Steam on Friday too!