Guide to Rance 5D, Part 1: Intro to the Game & Characters

Heya! With Rance 5D and VI right around the corner, we’d like to provide some info for both newcomers to the series and old fans (since if you’ve played more than one Rance game, you know no two of them are quite the same!), so we’ve prepared some excerpts from Rance 5D’s manual in a series of blog posts beginning with this one. First up is an introduction to the series thus far, Rance 5D’s place in it, and the characters you’ll be getting to know in the game (if you don’t know them already).

The Rance series is an adventure eroge series in a fantasy setting, with ero as the main focus. Each game tells a contained story, so it’s possible to play them without their prequels. Here’s a brief rundown of Rance’s adventures before Rance 5D:

Rance 1 -Quest for Hikari- (July, 1989)
Rance takes a quest to search for a kidnapped girl named Hikari. How hard could it be?

Rance 2 -The Rebellious Maidens- (May, 1990)
Rance takes a quest to save the town of Custom from four mage girls who seem to have suddenly gone over to the dark side.

Rance 3 -Fall of Leazas- (October, 1991)
The Kingdom of Leazas has been invaded by the Helmanian Empire and Rance is the only one who can save it.

Rance 4 -The Legacy of the Sect- (December, 1993)
Rance finds himself on an island floating above the Continent, where a Helmanian force is trying to awaken an ancient super weapon.

Rance 4.1 -Save the Medicine Factory- & Rance 4.2 -Angel Army- (December, 1995)
Rance takes a quest to investigate the mysterious appearance of monsters beneath a pharmaceutical factory.

Kichikuou Rance (December, 1996)
An extra scenario, outside the normal continuity (non-canon) but with the grandest scale of the series.
A nation-conquering game.

As you can probably tell, the scale of Rance’s adventures varies pretty wildly from game to game. Our upcoming release of Rance 5D and Rance VI is a combo pack of one of Rance’s smaller adventures and one of his grandest, nation-rescuing ones. We’ll go into more on Rance VI in a later blog post, but as for Rance 5D, the goal of the game is described in its manual as simply “to get Rance home safely after he gets lost in a cave (but… the real goal is to have sex with a lot of girls).” A worthy cause, right?

So with that exceedingly simple premise out of the way, let’s talk about the characters you’ll encounter in Rance 5D: 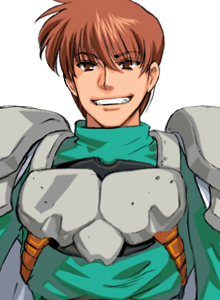 The game’s protagonist.
He’s a warrior affiliated with the Keith Guild, making a living by adventuring.
A super-first-class warrior with great fighting ability, decisiveness, luck, charisma, and all the qualities that could make him a hero forever enshrined in history… but rather than using his power for others, like fighting for world peace or justice, he uses his talent only for his own selfish desires.
“I want good women, I want to fuck good women, all the women in the world are mine!!”
“I want treasures, I want money, everything valuable is also mine!!”
It may be the world’s greatest injustice that this man, who could save everyone, is a brute who only cares about fucking the woman in front of him. (Oh well!) 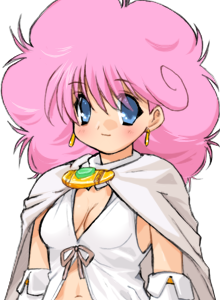 The granddaughter of a great mage, she should have been blessed with a great future, but she was captured by bandits while on a training journey and sold as a slave to Rance.
When Rance bought her, she was enslaved under a spell of absolute obedience and could not defy him (the magic has long since worn off and she could escape from him whenever she wants, but despite the way he treats her, the bits of kindness he occasionally shows prevent her from leaving his side).
She’s Rance’s precious partner, who not only excels in offensive and healing magic, but can cook and do laundry, and serves him at night as well. 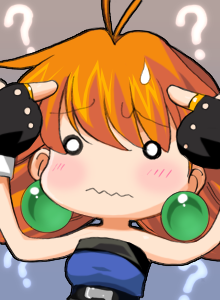 An artificial lifeform created by the witch Frostvine.
Because of certain problems with the components that went into her, she’s a little weird.
She’s been given to Rance for the purpose of practical training in the hopes of making her more human-like, but she lives her life without a care, having sex with Rance and playing with the neighborhood children, making no progress at all. 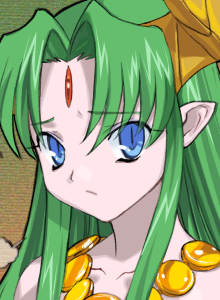 A devil (Currently a Rank 7 Genie).
Normally devils are supposed to be the creatures humans fear the most, but Rance learned her true name, and now she can’t disobey him.
She’s basically used at Rance’s convenience. She leads a most pitiful existence, sometimes being summoned by Rance not even for any useful task but just for sex. 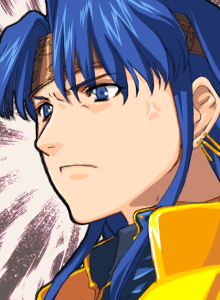 A totally average adventurer.
He couldn’t be called first-rate, but he’s not totally inept as a warrior.
He’s had some unfortunate encounters with Rance in the past.
Such as losing an arm, and having Rance steal his girlfriend, and his next girlfriend…

Next time, we’ll talk about what sort of game Rance 5D is (in a word… it’s unique), but before we go, here’s some trivia (also from the game’s manual)!

Juicy Info #1:
Athena 2.0: Rance was involved a little in the production of the artificial lifeform Athena 2.0 by procuring some necessary ingredients, “Angel’s Nectar” and “Devil’s Nectar.” It’s pretty extravagant that an angel and a devil were both needed to complete her, but she’s still an idiot.

Juicy Info #2:
The Hyper Weapon: The name Rance uses to refer to his pXnXs. Since it’s “hyper,” it’s really impressive. And its rapid fire ability is actually quite terrific. How many times does it fire in this game alone…?

Juicy Info #3:
Level Gods: Once you get to a certain amount of fame in this world, you’re granted a personal Level God. You can summon them whenever you want to perform the level up ritual. But regular people have to go to large towns with level shops to get the ritual performed for them there.

Juicy Info #4:
Sheqasar: The mysterious creature the Level Goddess Mikan carries. They’re strange mandarins that only grow once every several years and dine on people. A sheqasar that’s eaten ten people reportedly tastes quite amazing. The sheqasar that Mikan-chan carries has eaten only four people so far.