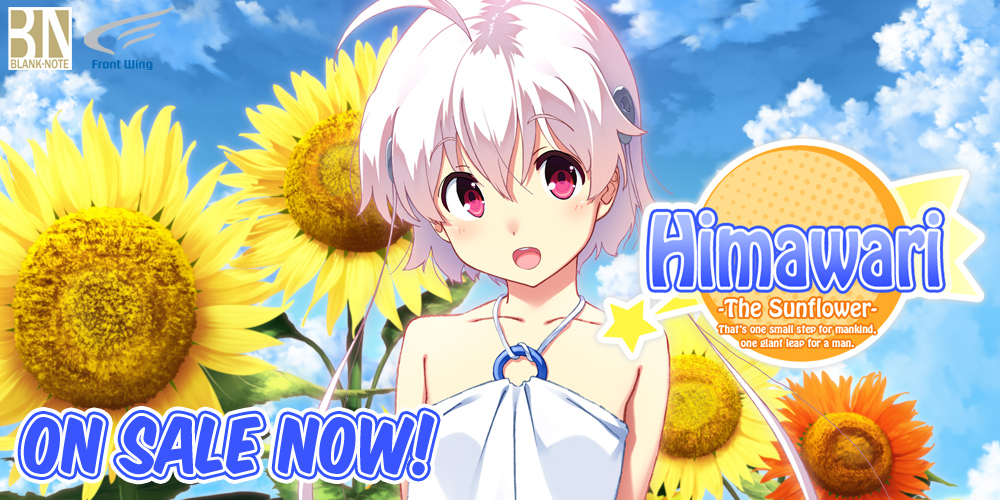 Today, we have a tester’s corner from Umbel!

Look at those sunflowers!  Look at Aries’ shining face!  Look at the endless sky!  This is Himawari, I’m Umbel, and around here we are sugoku shiawase desu!

…Being what I thought to myself as I started it up.  Which isn’t actually too far from the truth and for the bulk of the game you will be getting exactly what you expect: Aries and Aries affiliates being cute. 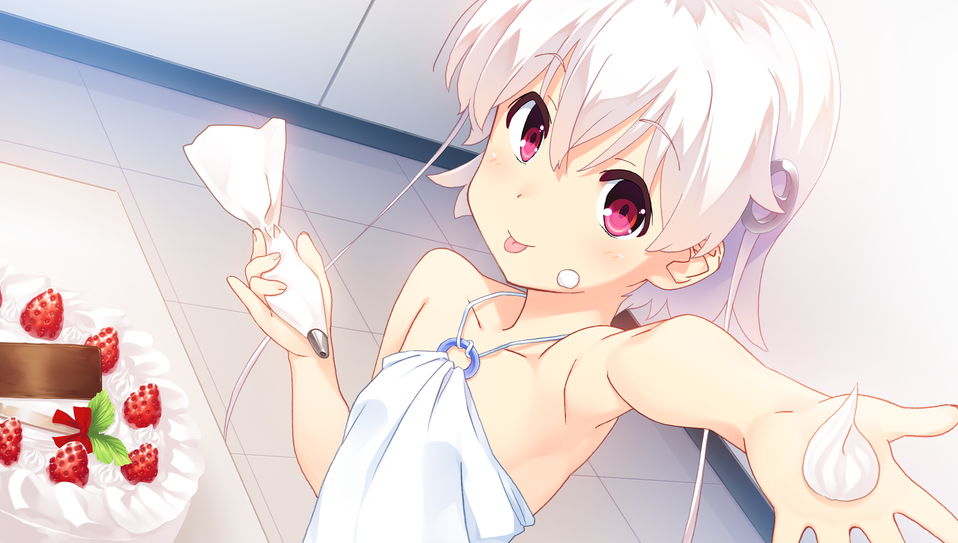 That being said, Himawari is cute. And, for the most part, is simply a slice of life VN with an alien girl(?) and potentially MIB members around every corner…  or not.  The primary theme running throughout the entire game is that things are not always as they seem, and you can safely expect twists to show up very highlighting exactly that fairly often as you go through- including the game itself, which genre hops from slice of life to space opera(lite) and back to slice of life, then murder mystery, then slice of life… and it goes on for the entirety of it’s relatively high amount of playtime, probably around 40~60 if you’re intending to clear all extras and read everything. 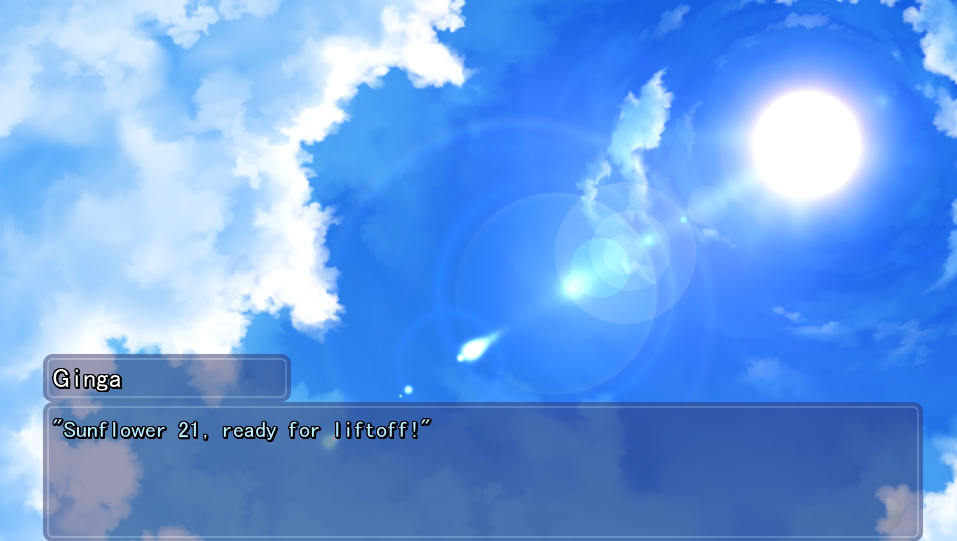 The story starts with you, Hinata Youichi, an amnesiac recovering from a tragic space plane incident two years prior and his Space Club’s President, Amamiya Ginga, on their adventure to send a rocket to the moon and travel beyond it!  …With those dreams to come crash landing in the middle of the track club’s practice… for the twenty first time.  The failure itself quickly gets put in the past as plans for the next Himawari launch come under way and the boys part ways for the day.  Late in the night, Hinata is gazing at the stars and he sees one shooting… and crashing in a nearby park!  Much to everyone’s surprise, surely, the star was in fact not a star, but a spaceship, containing none other than the mysterious amnesiac girl… Aries!  Our slice of life adventure ‘takes off’ there~

The story flows in a completely linear pattern for the most part- choices are either fluff or will quickly(usually, abruptly) lead you right back to the title screen.  Routes are not available until after you’ve cleared the common route, which took me a bit off guard but ultimately is probably for the best; crucial bits of information are only revealed by going through the order proper, making it play out almost like a mystery in many cases.  You do not, and will not ever have all the cards… a fact that you will be reminded of very often.

The music was a pleasant surprise- the 75 tracks played throughout the game are generally very nice and fit the mood… or tastefully subvert the mood completely, in some nutty cases.  Most of it is, predictably, very upbeat and light.  Lots of woodwind.  They’re not amazing, but there are a few ball busters that smash it right out of the park. 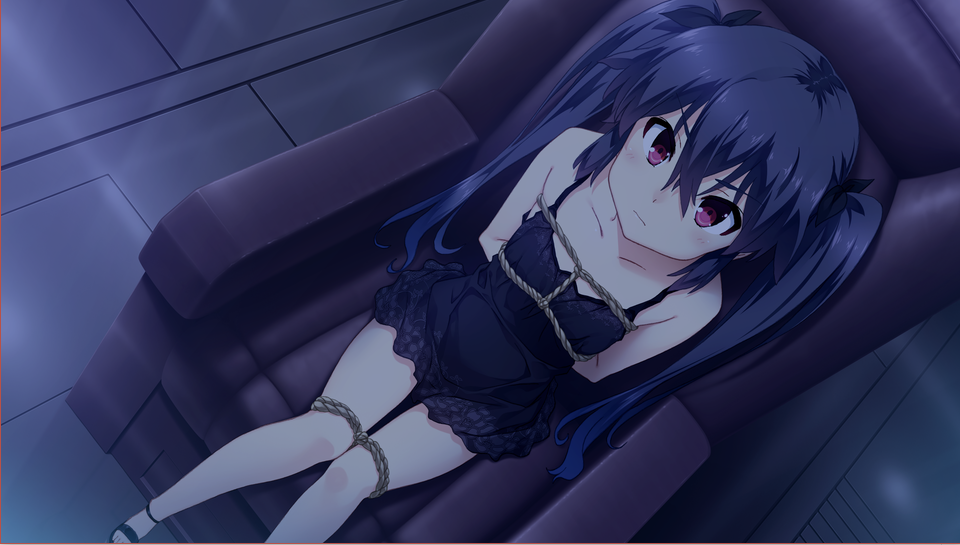 This isn’t actually a lewd scene, but it caught your eye didn’t it?!

Moving on to the H scenes… there are none.  Well, let me rephrase that, “none”- there is exactly one for each heroine in the first place, nearly at the end of their routes, and they are very… tastefully… censored.  It might be a bit of a turn off to anyone looking because Aries and Asuka are incredibly cute, though the game actually wasn’t sporting any erotic CGs in the first place.  Adding on that, though, is that there is a lack of CGs in general.  The backgrounds are beautiful, and the few CGs we do get are pretty cute… but there’s very few.

All in all, if I had to put a number on it, it’d be a solid… 8/10.  The quality of the game itself is overall great game for anyone looking for something meaty to sink their teeth into and are looking for sugar instead of smut… and don’t mind a carpet or ten being yanked out of them.

You can grab your copy of Himawari – The Sunflower – on MangaGamer.com and Steam today!