Today, we an image editor’s corner from Vodoka! You can read Part 1 here.

Hi, image editor for Rances here again. This time I’ll be talking about what I liked about these games. This will be mostly about VI, because that’s easier to talk about, and also because the game has so much more going on. But I have to say few things about 5D. Yes, it’s a nonsense story, with gameplay being even more nonsense, but it’s very fun. While you are never entirely in control, there are ways to skew the odds in your favor, and the game has lots of small puzzles, which give break from RNG.

It’s also gun that something so reliant on luck still manages to be so forgiving. 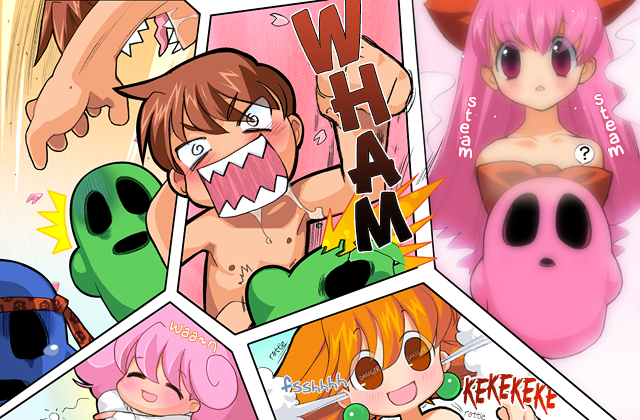 But yeah, onto meat of the post, Rance VI.

In the past long before there was any idea of translation for VI happening, somebody described the game to me as “RPG epic.” That did spark my interest, but going into the game after earlier ones in series, I didn’t expect anything too amazing. But when I had the chance to play the fully translated game, pretty much my every free hour from a week was spent playing it. It’s that good. But what makes Rance VI so great, setting it apart from most other eroge? Or even JRPGs?

Firstly, the gameplay is very solid. Most of the game is spent traveling through dungeons in first person, solving puzzles and defeating enemies. And unlike most other dungeon crawler eroge that have been released in English, here the layouts and designs are properly varied, and moving around doesn’t feel like a slog. You won’t only go through damp caves, but also slums, developed cities, lush forests and swamps. And dungeons are hardly never on one level, having good amount of elevation. So there’s more to navigation than just getting through mazes.

Often the first person dungeon crawlers also feature some really obnoxious elements, like teleportation puzzles, or bunch of walls that you can walk through. Rance VI has none of that, there’s proper puzzles, and traps that can be actually avoided if you pay attention to your surroundings. Given how much sense this stuff makes, it’s even more amazing that this is one of the few eroge that get it right, despite being well over ten years old now. And in a genius move Alicesoft also included counter for how much of dungeon floor has been explored, giving rewards for clearing more. This actually puts some benefit to usually meaningless mapping of floor. 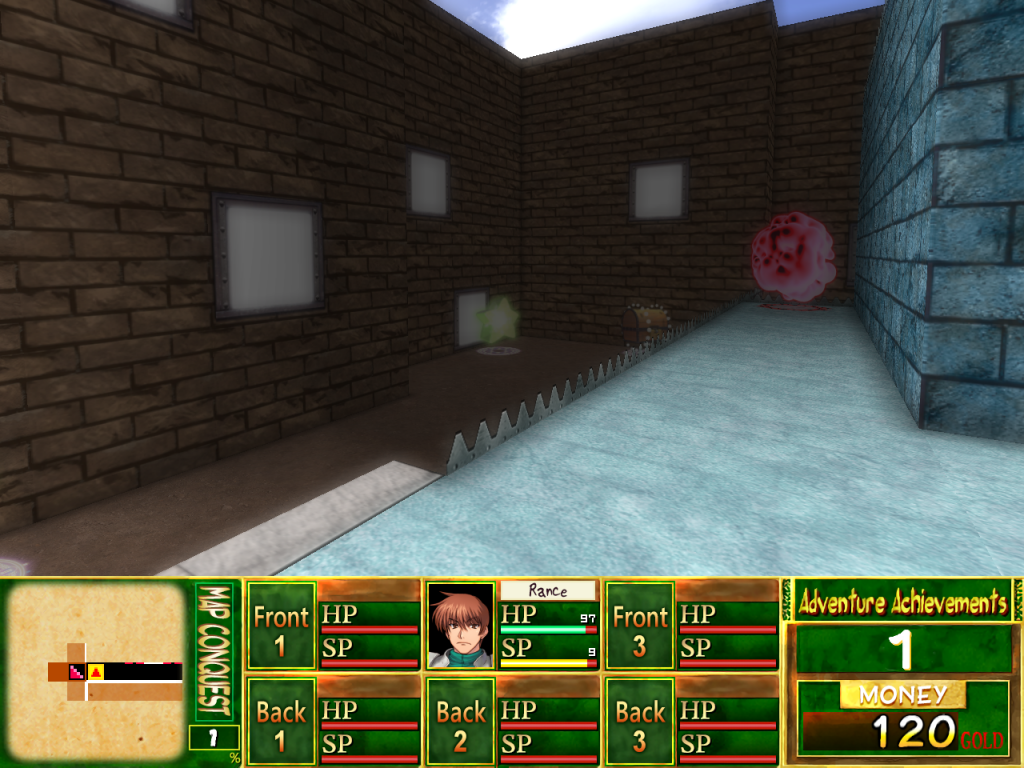 Like any good JRPG, fighting is a big part of the game. While it initially feels simplistic, after early game you start getting characters whose skills synchronize with each other, making for much more tactical experience. This is helped by very good encounter design, enemies don’t actually appear in random groups, but they have set formations which start playing off each other later on. Turn order is also always available for viewing, so it makes sense disabling enemies whose turns are coming up.

Speaking of disabling, for JRPG there are shockingly few status effects. Other than attribute buffs and debuffs there is only Stun. But oh man, the Stun in Rance VI is perhaps the best ever, as it can affect anything, even bosses. And stunning enemy causes their charged attack to cancel out. But same goes for player characters, and after certain point you’ll be aiming to stun and using charge-attacks more often than not. 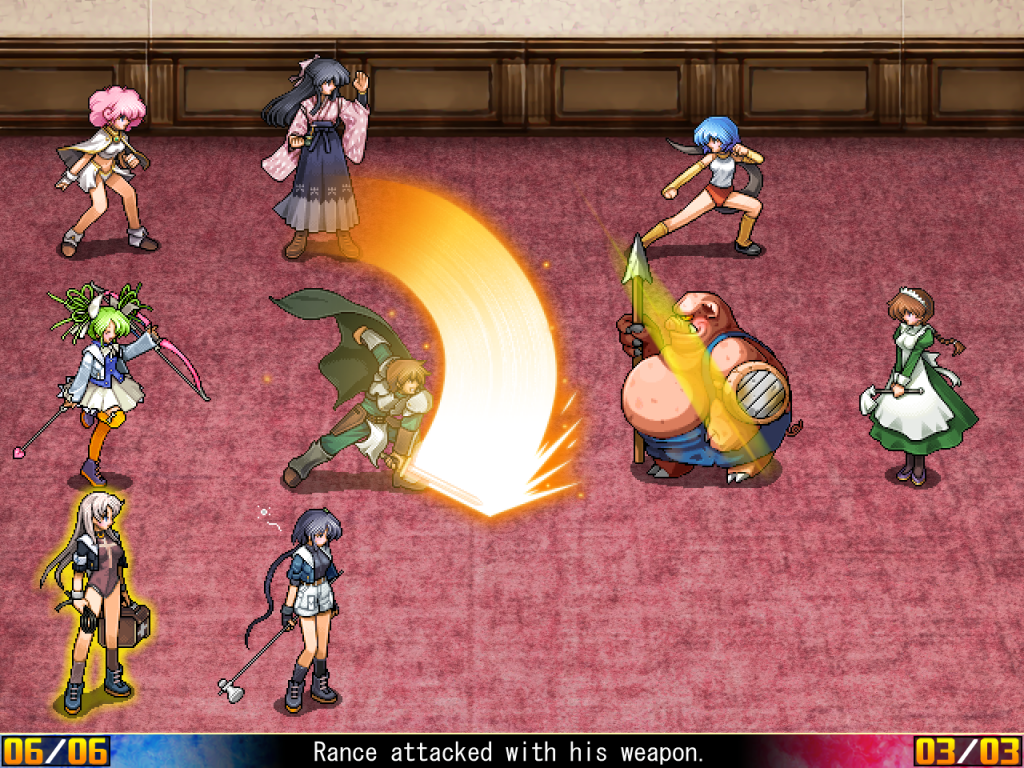 But arguably the biggest point in favor of the game is its story. Like proper fantasy, Rance VI starts on small scale, and gradually works its way up to definite brick-shitting levels. There are twists and turns, and not every plan succeeds, but all the way through the game never forgets the comedy it started out with. The feeling of this being a proper fantasy story is helped by generous amount of CGs, many of which aren’t reserved for sex-scenes. Important story scenes in dungeons get graphics, as do just general interactions between cast.

Characters are serious or fun when it counts, and never break the mood of the scene or their established personalities. It’s actually amazing how believable everybody manages to be, from orphaned mage to insane apostles. With cast this large, all the development that happens is very commandable, and save for few obvious exceptions nobody is left behind.
And importantly, you won’t feel annoyed having to use some story-relevant character due to how lame they are. Almost all of the playable characters in game are very fun to use. 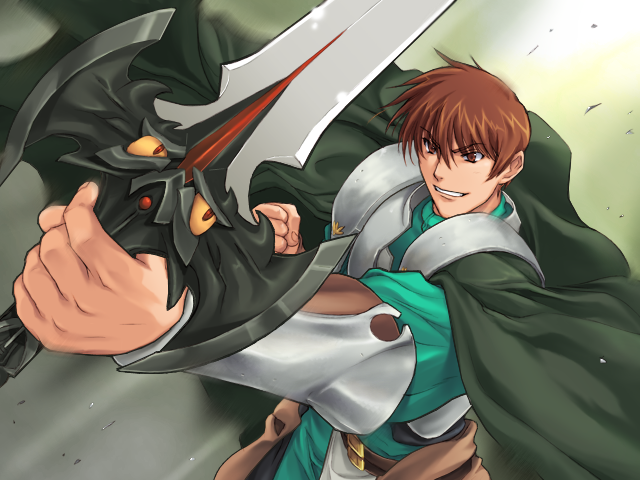 Also, god damn. This is a lenghty game. Just going through the main game and completing most of the objectives along the way easily takes between 40 to 50 hours to complete. And after that there’s very sizable post-game, with more plot, character interaction, side-quests, dungeons and some insanely strong bosses if you really want to grind and maximize your characters. There is definite feel of SNES or PS1 JRPG going on, which isn’t that surprising given that this is a game originally from 2004, made by a niche developer. Yet, it doesn’t feel dated at all, rather bringing into mind the best games from back in the day.

So so let’s sum this up. Rance 5D is fun stupid little adventure, while Rance VI is fantastic JRPG. I seriously hope everybody enjoys them!