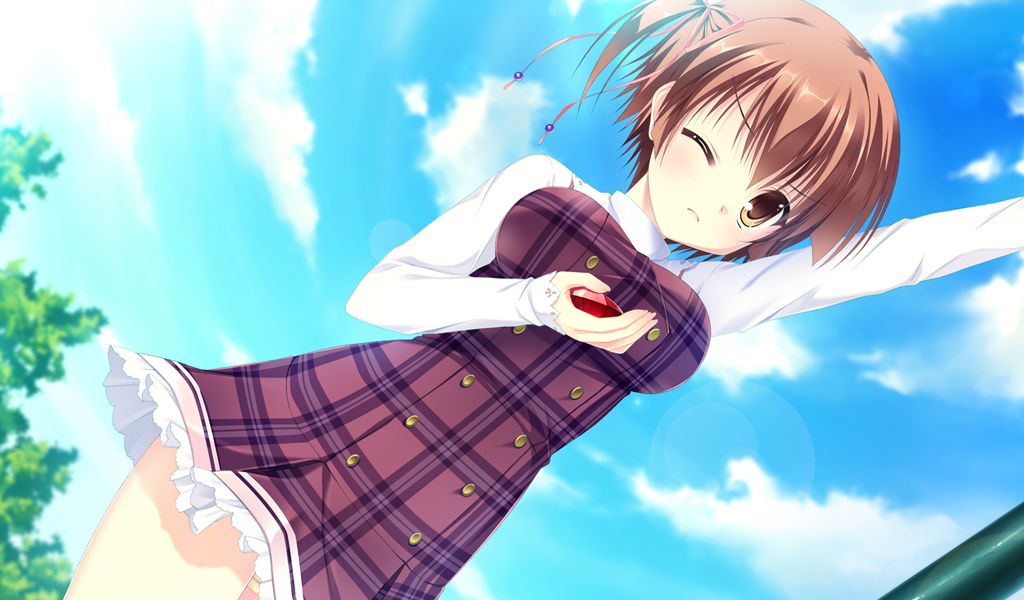 Aoi easily appears to be a simple character at first glance, but she hides a lot of mystery. In fact, she hides perhaps the greatest mystery in Da Capo 3 R. She’s a hard worker, working countless jobs around Weather Vane from cleaning the residence halls to cooking at each cafeteria, waiting at the popular café, Cake Before Flowers, and other odd jobs as well. Yet a large part of why she works so hard is just so she can make a living on her own. Originally born in Japan, her parents died when she was young, and she was taken in by relatives in London. Though they raised her well and cared for her, she always felt guilty about being a burden on them, so she struck off on her own as soon as she could, and now she lives a meager life by herself.

Despite how tough that must be for her though, she’s always bright, cheerful, full of energy, and offering everyone she meets a never-ending smile. Almost all of the students recognize her, and she’s rather friendly with everyone, but she also maintains a certain distance or boundary between herself and others. 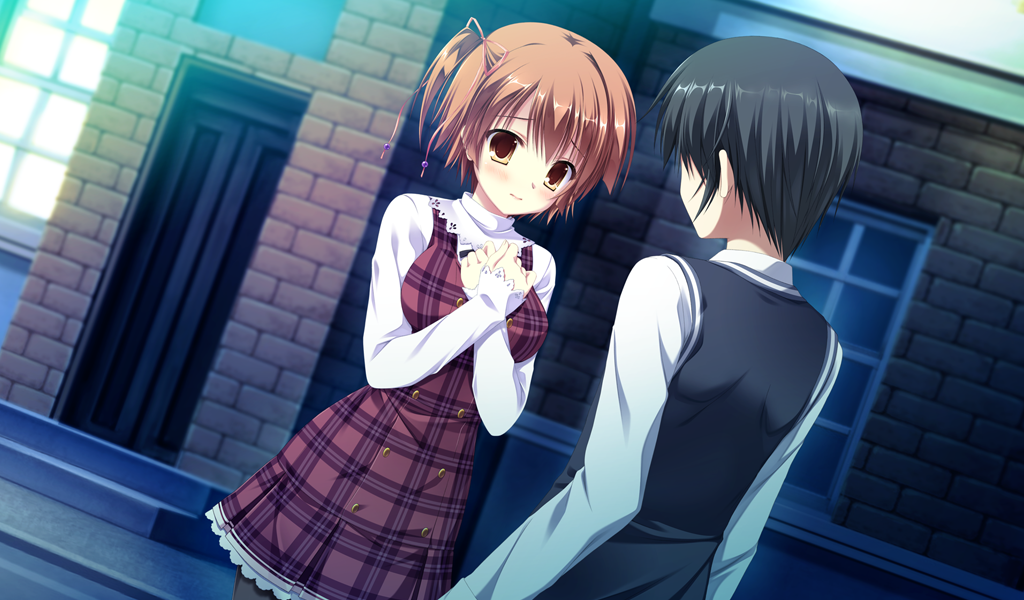 For most of the game, it’s easy to write Aoi off as a sub-heroine, and in fact, pursuing her before clearing other routes only leads to a lukewarm side-chapter where Aoi maintains her distance and keeps her true self closed off. But this is because Aoi bears perhaps the greatest burden of all the heroines in Da Capo 3 R, a burden that drives her to take drastic action, action which she alone pays for throughout the entire story. Her smile, her friendliness, her cheerful, outgoing nature are all used as her armor, her shell, her shield to protect her true, weak, frightened self. Breaking through will be no easy task. 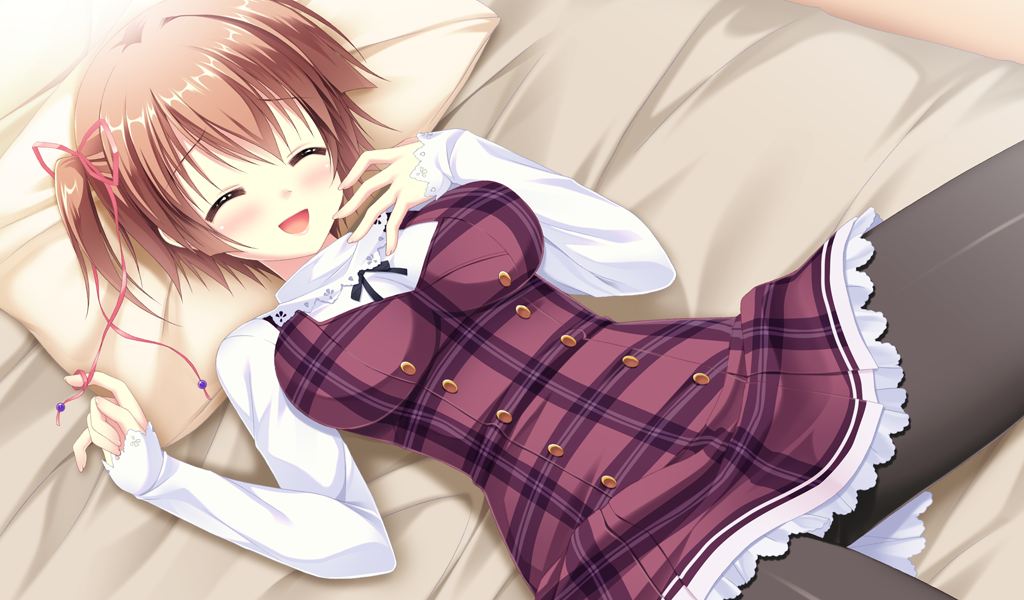 Once you do break through, Aoi is a heartfelt lover who enjoys even simple things like going to the library together. Though your time with Aoi may be tinged with a hint of desperation and the drive to make every day count, there’s no doubt that it still proves enjoyable, fun, and memorable.

Aoi Hinomoto is voiced by Ayaki Sayu, better known under her other stage names for voicing Haneda Kobato in Oretachi ni Tsubasa ha Nai, Perry in Eiyuu Senki, and Miriam Polk in Horizon in the Middle of Nowhere. 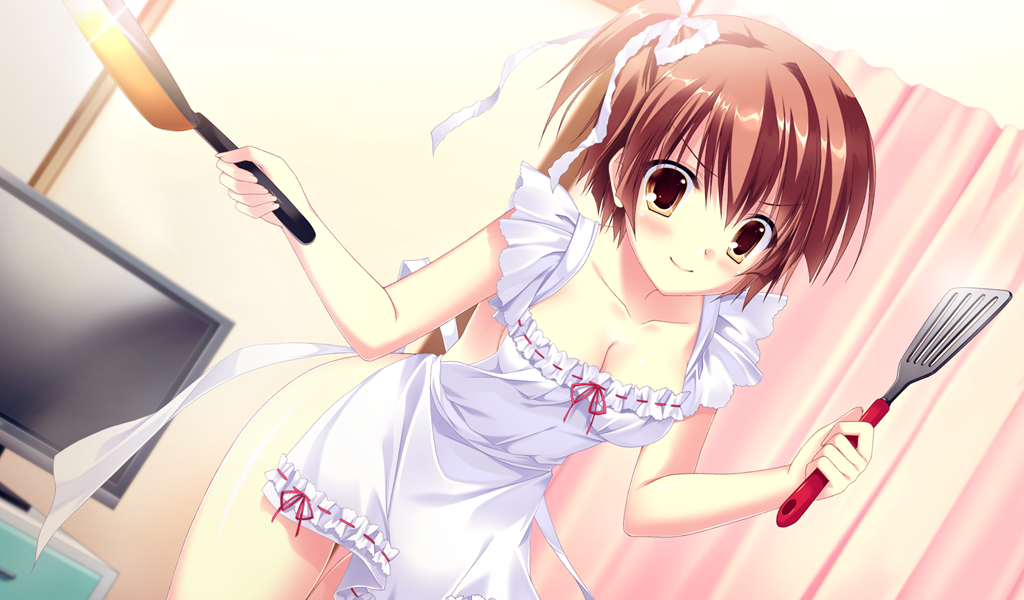 Her reincarnation in the prologue lacks the heavy burden she carries in Weather Vane, though she’s still a hard worker, and often pushes herself to work more until she gets sick. Her brightness, cheerfulness, and friendliness are genuine and untainted by secret sadness, allowing her to enjoy her life in a fuller way. Though she stills retains her admiration and longing for an older brother, in the prologue she’s free to use that as a way to get close to Kiyotaka, instead of using it as a barrier to keep him distant.