Today we’re introducing Himari Asamiya, one of the heroines you will encounter upon setting foot on Kazana Island in D.S. Dal Segno.

Atsuya Takamura, the protagonist, first meets Himari after being rescued by her after diving into the ocean to save Ame. Himari explains afterwards that he needn’t have acted so rashly since she is a hologram, therefore no harm could come to her. Himari’s teasing manner shines through here and she shakes off Atsuya’s attempt to try and repay her kindness, making it clear she was just at the right place at the right time.

Much to Atsuya’s chagrin, Himari makes a point of teasing Atsuya whenever she can about his hopeless bungie into the ocean. Often times, she slips in double entendre in her speech, but it usually ends up being a joke on her part.  Atsuya has trouble knowing when she’s serious because of this and this leads to a bit of hesitation on his part when making his feelings known. Himari’s character quirk comes into play whenever she mistakenly thinks that Atsuya is hitting on her or she reckons that he is trying to invite her somewhere with his friends. The first time this happens she begins talking to herself in class, although the rest of the class is used to this spectacle. Atsuya later learns from Yamato that Himari can converse with otherworldly spirits. Himari’s hat, which she refers to as her friend named Iris, is intimately connected with this strange ability. 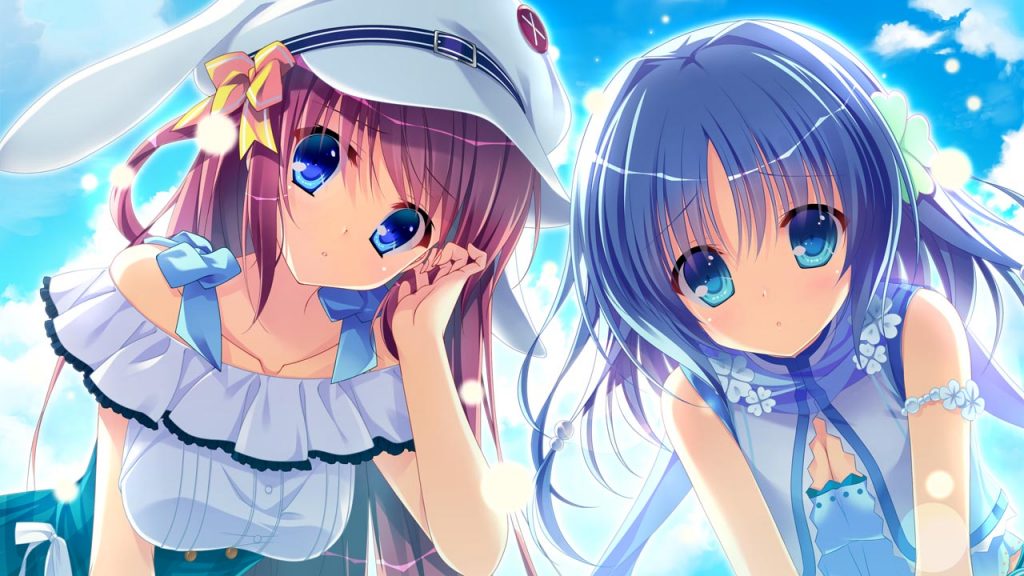 Himari despises any kind of constraint that prevents her from being spontaneous and seeing the world around her. She especially dislikes going to school for this reason and often ditches altogether to visit the lookout point at the lighthouse. Yet, despite leaving school early in the morning after talking with Atsuya, she makes it clear to him that she finds him interesting for instilling an warm feeling in her and keeping her in class longer than usual. Both Atsuya and Himari are drawn to the lookout point because of its simplistic beauty, and they meet up there throughout the story to engage in light banter. Though most people tend to avoid Himari for her eccentric and sporadic behavior, it is these attributes which makes Himari so appealing for Atsuya. She has a different perspective on nature and the world that puts Atsuya at ease whenever he’s around her. Her striking beauty and love for the deep blue sky are just icing on the cake. 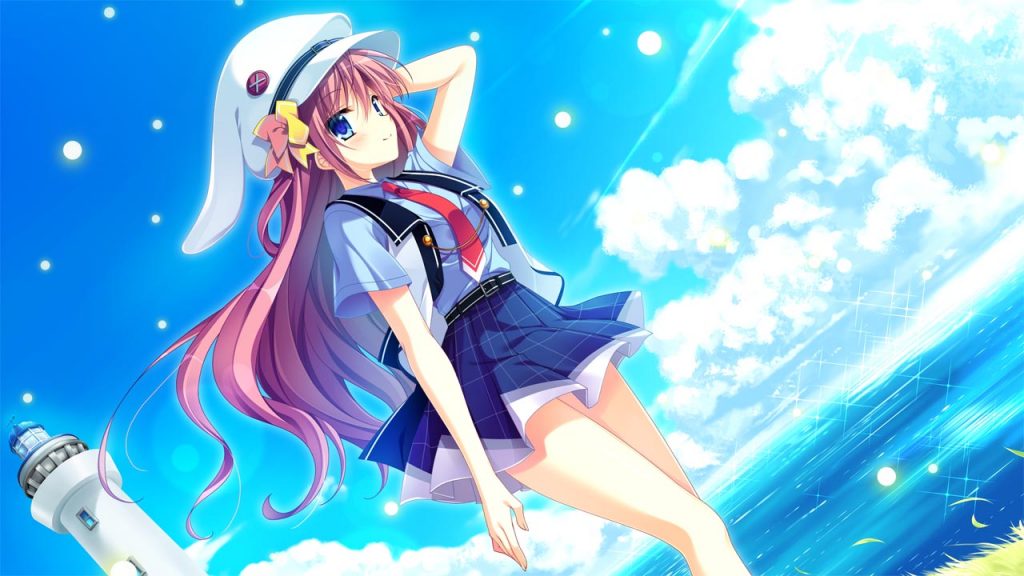 Himari takes the path of least resistance no matter what she does. Her aloofness is both mysterious and endearing. Beneath her words and cheerful veneer lies a lonely girl, waiting for the day a kindred spirit will accompany her so she can bravely venture the vast world around her.

Is Atsuya capable of quelling the pervasive loneliness plaguing her heart? What is the story behind Himari’s talking hat? These and other answers can be yours if you are willing to take the plunge and embark on a journey to the sunny paradise known as Kazana Island.