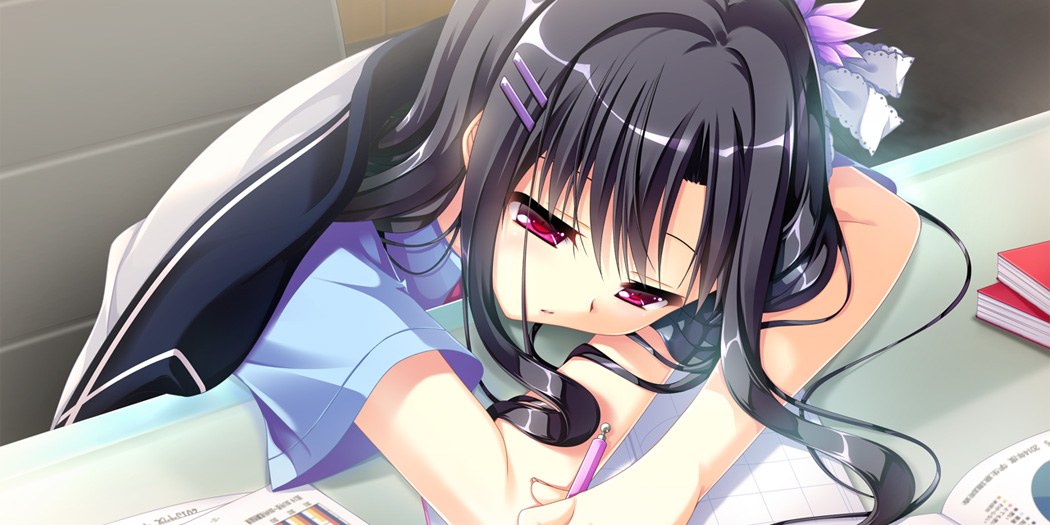 Today we’re introducing Hazuki Murasaki, one of the heroines you will encounter upon setting foot on Kazana Island in D.S. Dal Segno.

Atsuya Takamura first meets Hazuki, the student council leader and stand-in principal, when he’s called to the student council office to discuss his status as a transfer student. He notices that she is refined and exudes a high-society air, marked by her elegant and refined tone of voice. Atsuya points out that she seems to be overburdened and could benefit from taking a break, thereby foreshadowing the coming conflict that will be prevalent in her route. Hazuki Murasaki is someone who goes above and beyond the call of duty in order to make sure that she accomplishes the task at hand. Often times, such zeal is in direct conflict with her interests and drives her to the brink of exhaustion. 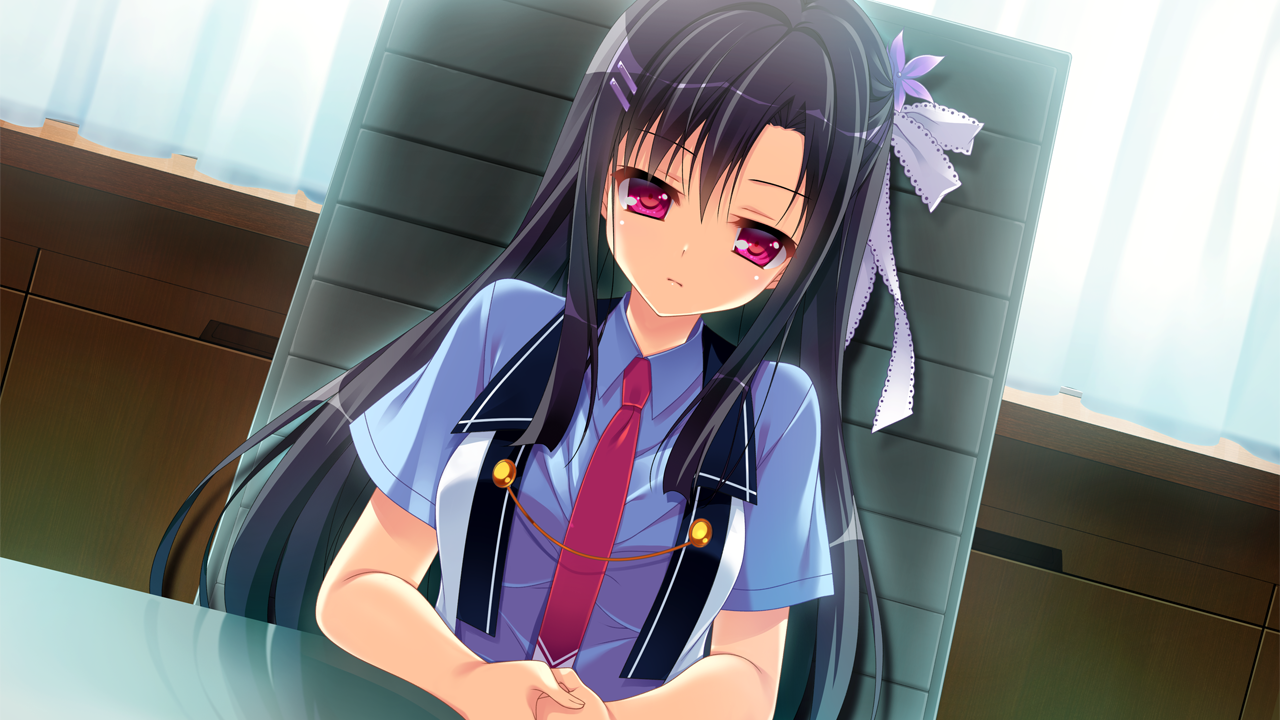 Atsuya makes it his mission to assist Hazuki with her clerical duties whenever possible, thus alleviating her growing stress and growing closer to her at the same time. He quickly catches on that her serious demeanor is but a mask, and inquires her about it numerous times. Hazuki admits that she is trying her best to appear like she is enjoying herself, and continues by saying that she only said as much because of his caring personality. Hazuki is adamant about students only visiting the student council office if they have a good reason, so Atsuya usually shows up with a paper-thin one only to delve once more into probing into Hazuki’s well-being. Sensing his genuine kindness for her, Hazuki gradually gives in to his words and allows herself to open up a little bit. At times she will longingly speak about her hobbies and family problems, though she will quickly revert to a more serious demeanor.
Hazuki believes that she does not suffer as she tries to live up to everyone’s expectations. Yet with the passing of time, the schism in her heart grows ever wider. She is unable to suppress the yearning she has for freedom and eventually starts falling for Atsuya despite the heavy burdens she carries. Hazuki’s route is ultimately about her learning to accept herself, and that entails embracing both the attributes that attract people and those she that lie dormant in the darker recesses of her heart. It is also about making peace with one’s family and past in order to live a life without restraints and deception. 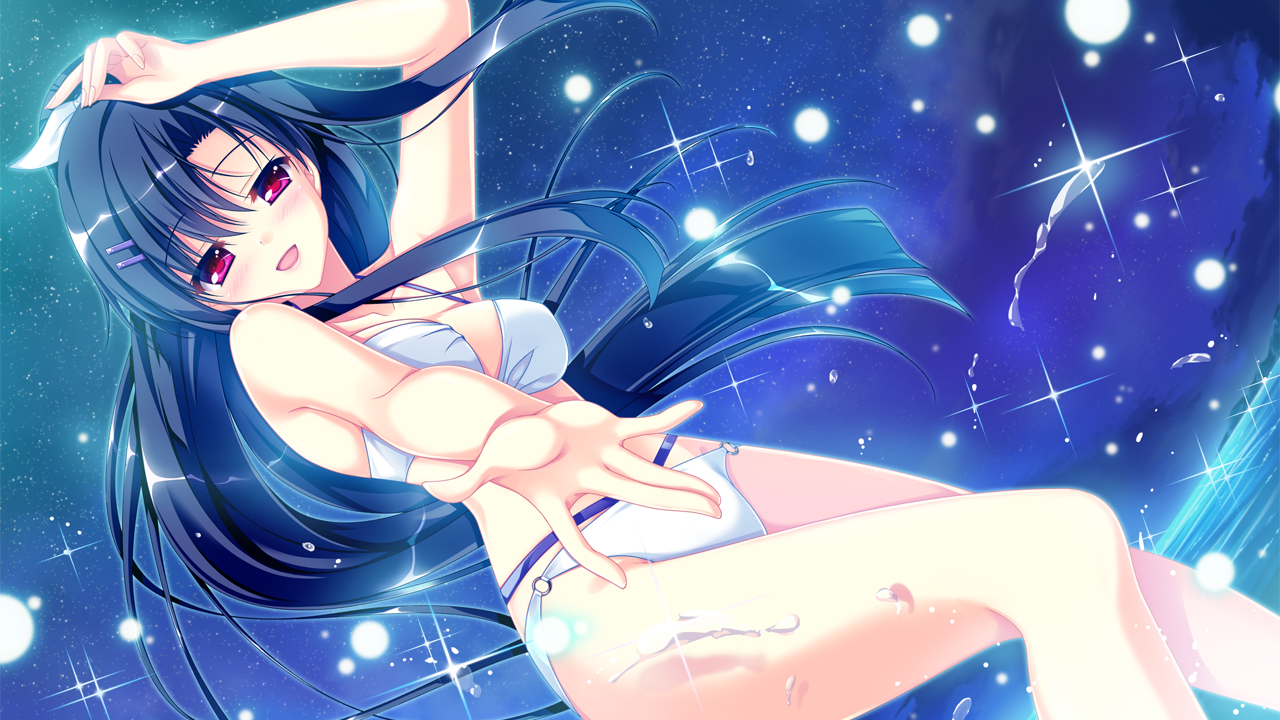 Are the cheerful glimpses of Hazuki’s character that Atsuya witnesses the genuine thing or a sign of a deeper problem manifesting itself? Will Atsuya be able to free Hazuki from the bonds of duty that threaten to whittle her down? These and other answers can be yours if you are willing to take the plunge and embark on a journey to the sunny paradise known as Kazana Island.