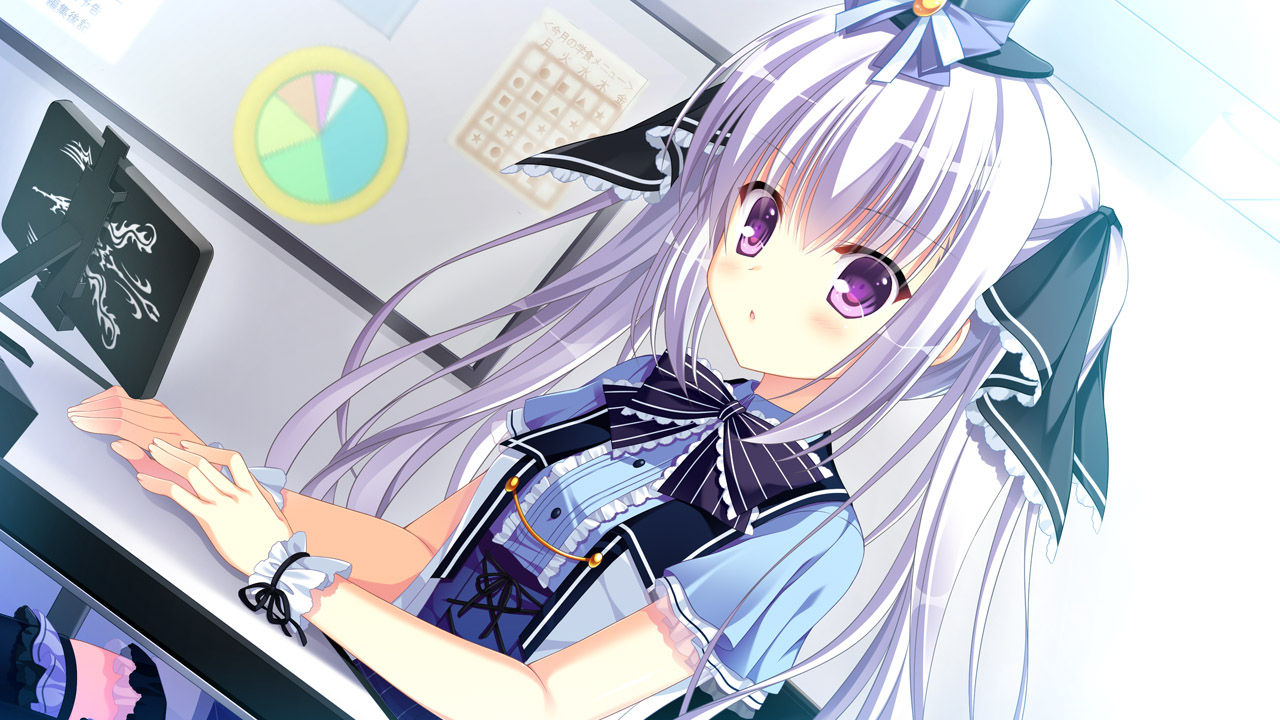 Today we’re introducing Io Kozuki, one of the heroines you will encounter upon setting foot on Kazana Island in D.S. Dal Segno.

Io makes a smashing entrance right after Yamato, a member of the school’s underground newspaper, begins talking about the strange characters that frequent school. They have a fruitful exchange, though Atsuya has trouble comprehending at first since their diction is eloquent and at times borders on the fantastical. Io and Yamato’s rivalry continues throughout the story, and is often times used for comedic effect. Dressed in her goth-loli attire, she first demands the protagonist’s name as a sacrifice to her resurrection, thus paving the way for the exciting conversations they will have in the future. Io bestows a unique nickname upon her acquaintances, and the protagonist is no exception. He is given the name, Shining One. Atsuya is at first taken aback by her strange demeanor and speech but gradually grows accustomed to this the more time he spends with her. 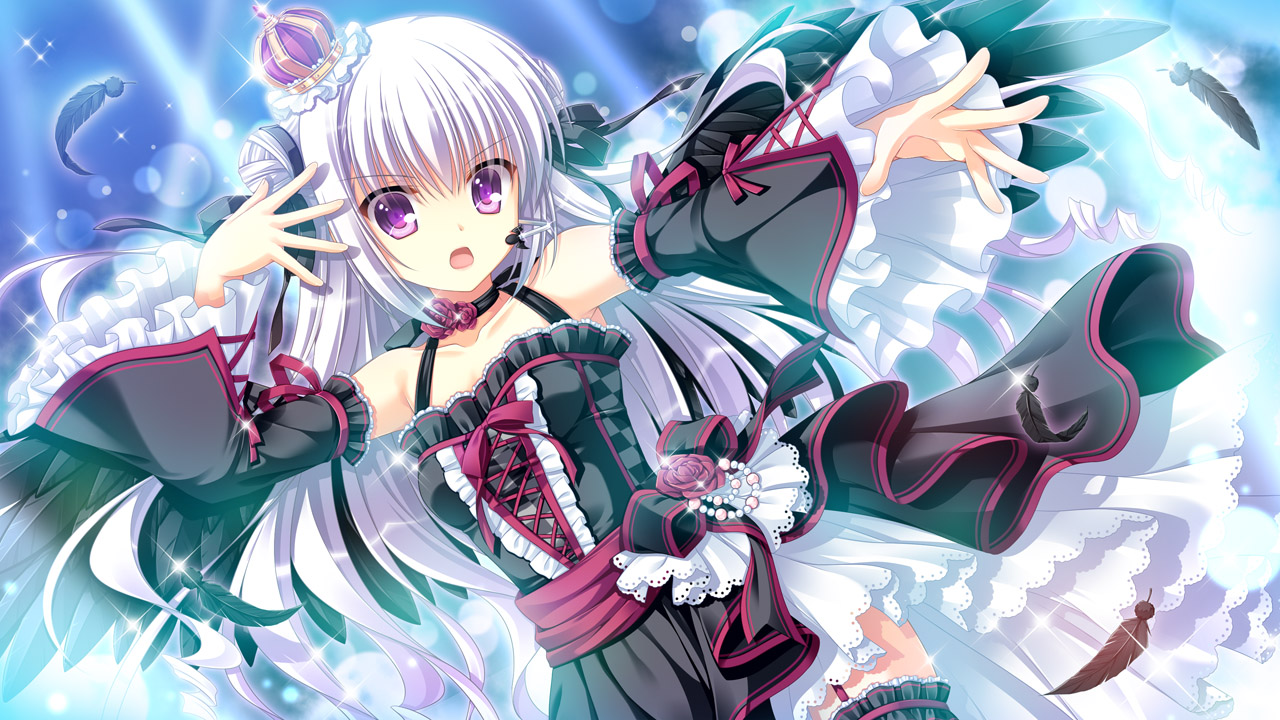 Atsuya comes upon Io on the roof a few days later after he has finished eating lunch at the cafeteria. She allows him to traverse her ‘barrier’ and reach her ‘inner sanctum.’ Atsuya piques her interest since most people tend to avoid her when she’s on the roof, or anywhere else for that matter. She builds upon their first encounter and reiterates that she will inevitably have him join her ranks. Though Io is prone to employing strange words and expressions that refer to the underworld, Atsuya is still able to comprehend her intentions and occasionally even role-plays with her. Io usually wards the roof against humans, but allows Atsuya to remain on numerous occasions because she senses they are kindred spirits. She likens him to the radiant sun that receives adoration from people on one of their many exchanges on the roof. Given what she thinks of him, it is only natural she beckon him to her side to illuminate the path before her toward world domination. 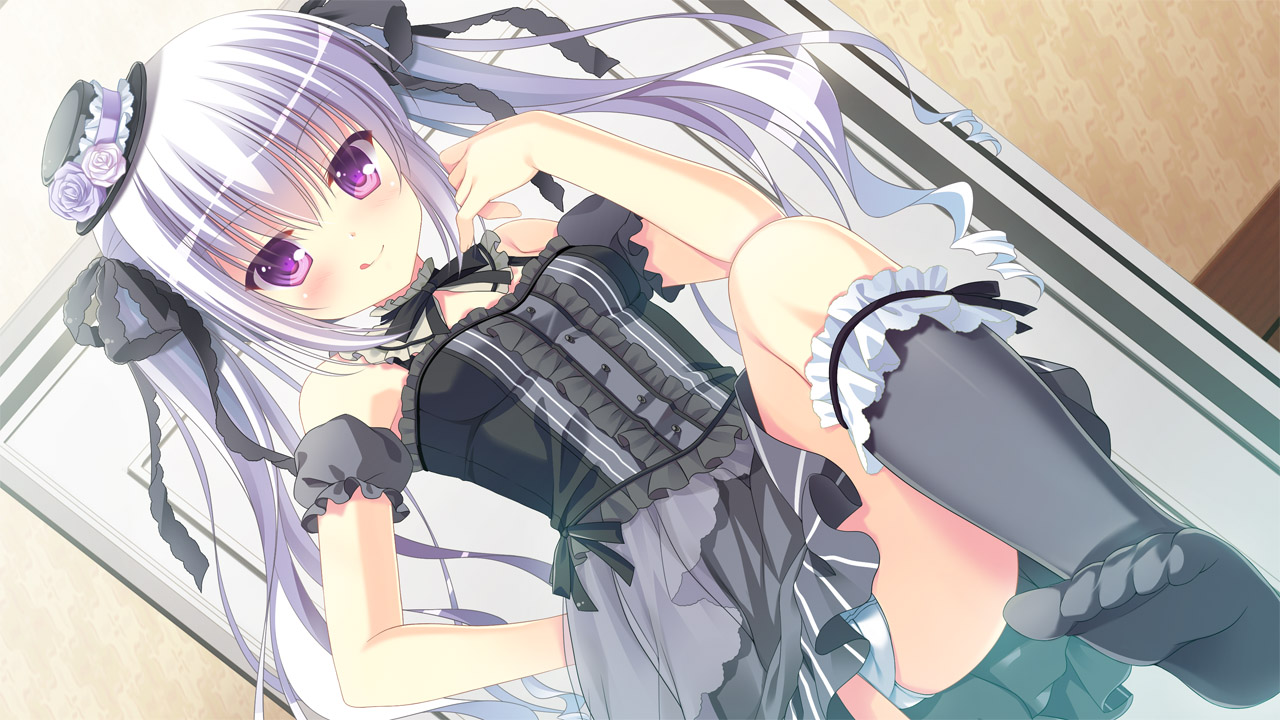 It is revealed early on that Io chose Atsuya to break the monotony of routine, most likely stemming from the fact that she is the only who resides in the dark world she has created. At first glance she appears anti-social, but she inevitably joins the school pageant for the Christmas Party and grows to love the hard work that goes into all the preparations with Atsuya. Io forges a master-slave relationship with Atsuya but this evolves into something more profound after the culmination of the Christmas Party.  Io later reveals her love for writing stories and how she is inspired by her dreams to create more magnificent tales. The turning point in her route arrives when she devotes all her time and energy to complete her story, even at the cost of her health.

What is the impetus that drives her to push herself to such lengths? Will Atsuya be able to shine a path for Io so she can march forward and grasp the future with her own hands? These and other answers can be yours if you are willing to take the plunge and embark on a journey to the sunny paradise known as Kazana Island.