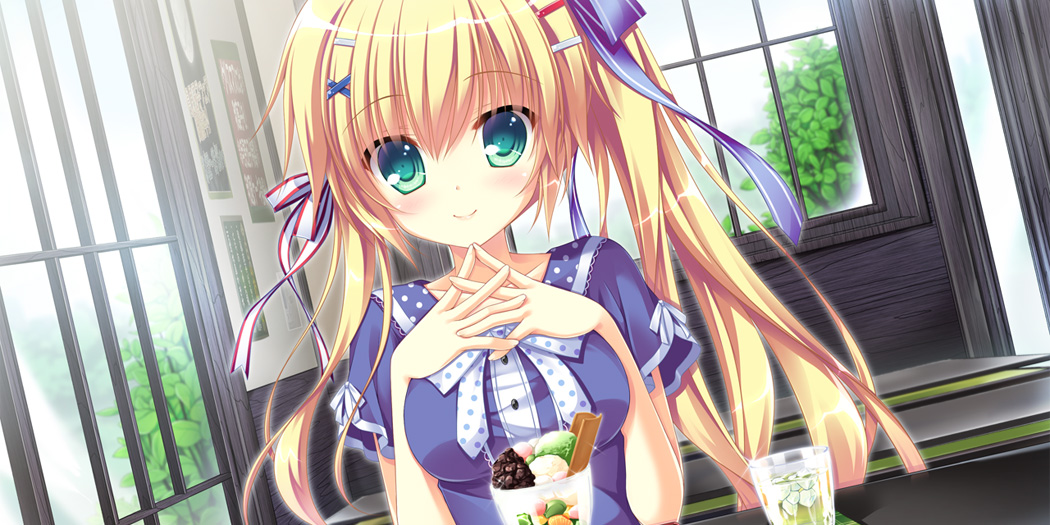 Today we’re introducing Fujishiro Noeri, one of the heroines you will encounter upon setting foot on Kazana Island in D.S. Dal Segno.

Noeri is the protagonist’s lively cousin, although she adamantly insists that she is his little sister and refers to him as Atsuya-nii whenever possible. She dutifully attempts to fulfill this role in the morning by barging into his room and waking him up, but much to her disappointment, Atsuya is always awake when she arrives. Atsuya meets up with Noeri at the number one dorms right after his little ropeless bungee incident with Ame, the AI in charge of maintenance on Kazana Island. Noeri does her best to help Atsuya adapt to his new home at the number two dorms and proves to be a dependable individual when push comes to shove. She makes mention of a promise they made a long time ago and it becomes clear that it is an integral part of her being. Just what is this promise and what ramifications could it have on their family ties? 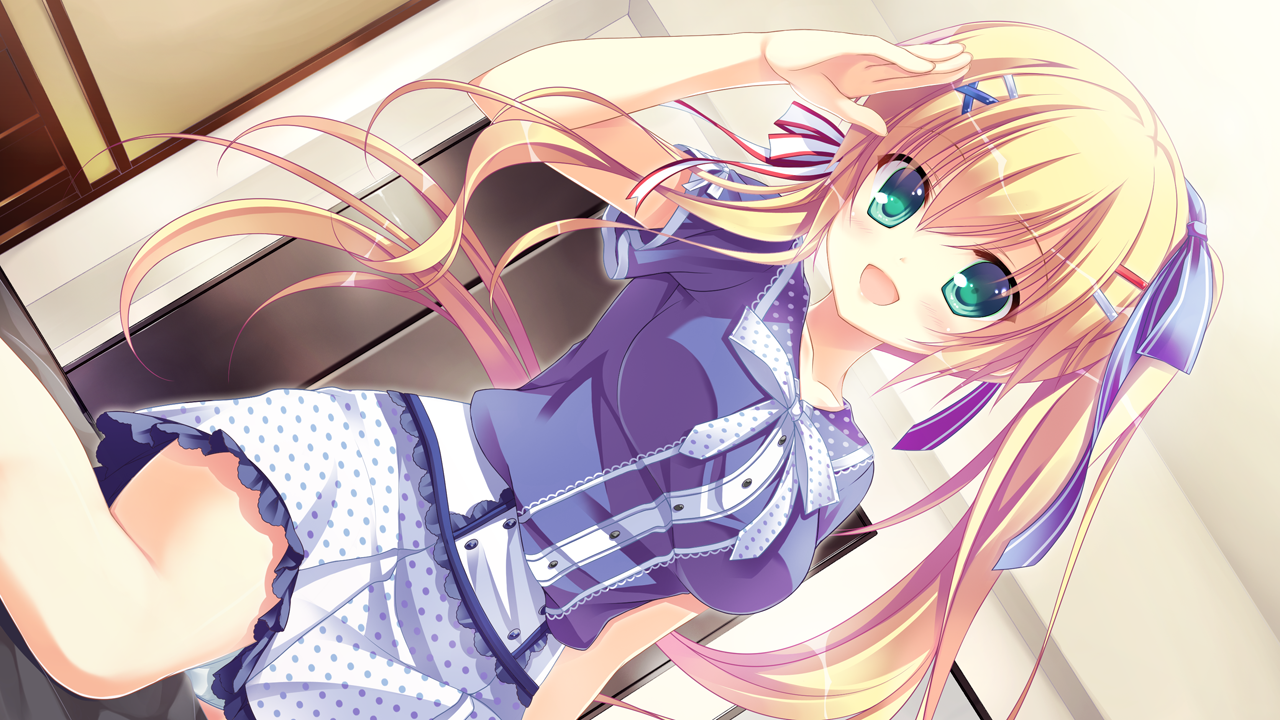 Noeri’s is constantly frustrated at Atsuya’s lukewarm response to her advances as the sister character. Her unease lies in part to her inferiority complex when she compares herself to Atsuya’s real sister, Mei. She does not want to be second-rate and left behind in the dust. This complex of hers becomes more prevalent in her route, but one can already catch glimpses of this in earlier sections of the story due to her earnest displays of affection. Noeri wears her heart on her sleeve and can be very emotional when she believes that her point is not getting across. Despite her attempts at reinforcing existing familial ties, Atsuya’s carelessness in handling this manner ends up becoming a point of conflict later on.

Communication is one of the central themes in Noeri’s route and the happiness levels that Atsuya can see over people’s heads play a more crucial role here as well. Atsuya’s dependence on the ability he acquires right after meeting Ame at the beginning of the story is useful to a certain extent. This ability helps the user discern the fluctuations in emotions and respond accordingly if the number spikes or falls. Yet, this is but one aspect of a greater whole when it comes to reading people, and overreliance on this ability makes Atsuya oversee obvious changes that occurred in Noeri’s speech and behavior in the past. 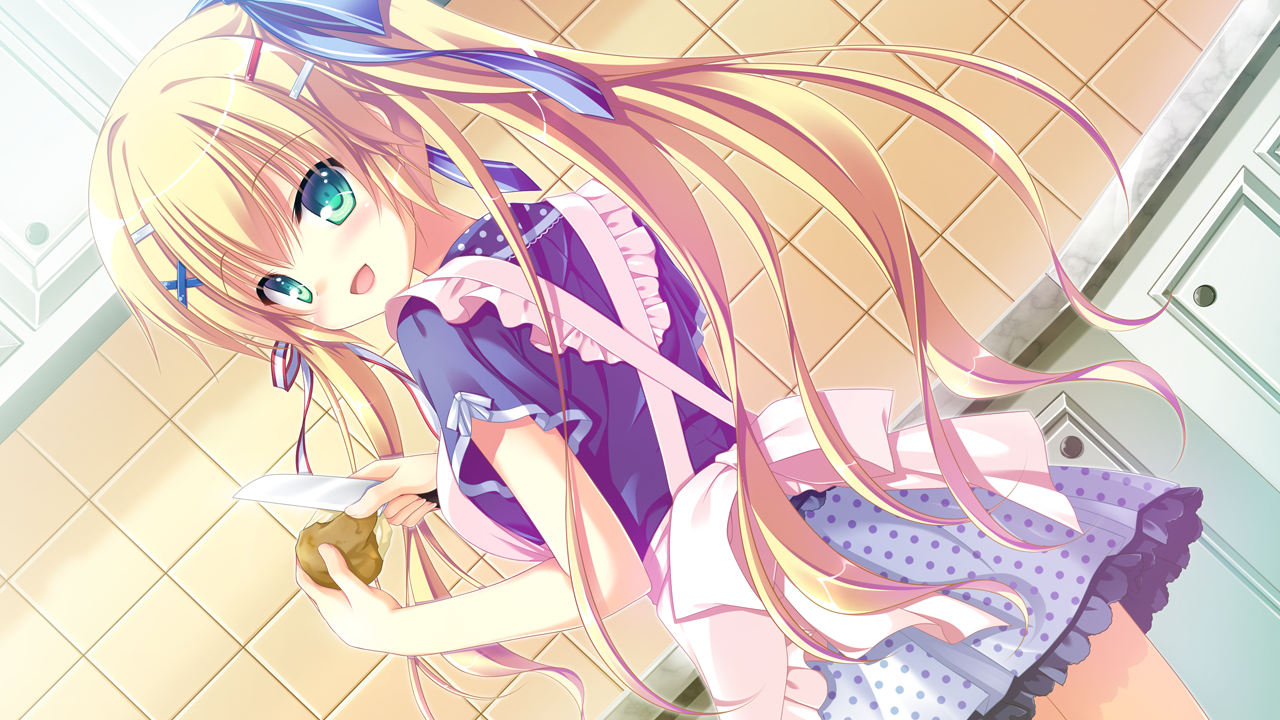 Will Atsuya be able to salvage his familial ties with Noeri? Can he preserve the radiant smile that always adorns Noeri’s face in times of happiness and adversity? These and other answers can be yours if you are willing to take the plunge and embark on a journey to the sunny paradise known as Kazana Island.