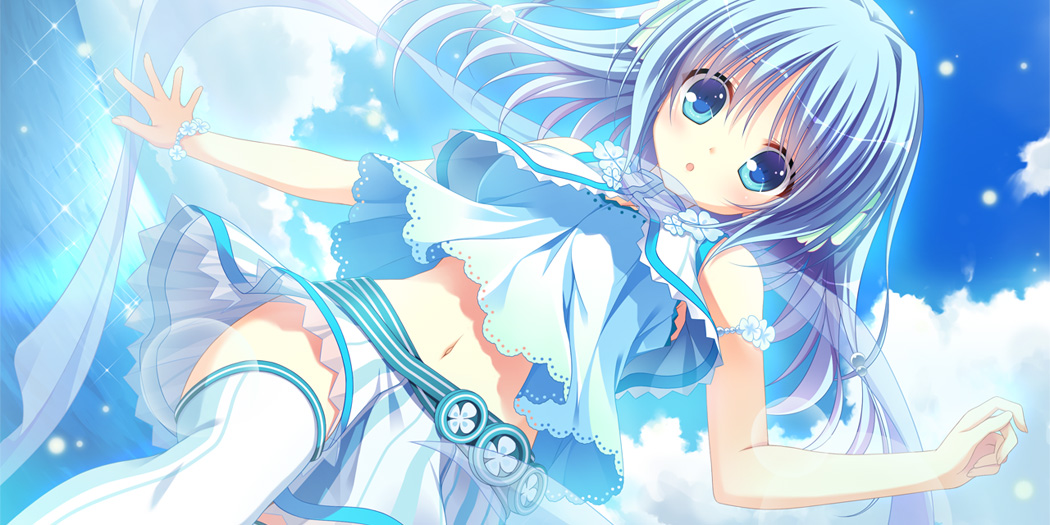 Today we’re introducing Ame, one of the heroines you will encounter upon setting foot on Kazana Island in D.S. Dal Segno.

Atsuya first meets Ame when he stops to admire Kazana Island’s scenery. After introducing herself and explaining what the snowsprites are she proceeds to escort Atsuya to the dorms only to slip off the path. Atsuya bravely plunges into the ocean to save her, only to awaken later after having being saved by a passing Himari. Ame bestows a clover charm upon Atsuya for good luck and a few minutes after this exchange Atsuya learns that he can see numbers above people’s heads, which are later referred to as happiness levels. 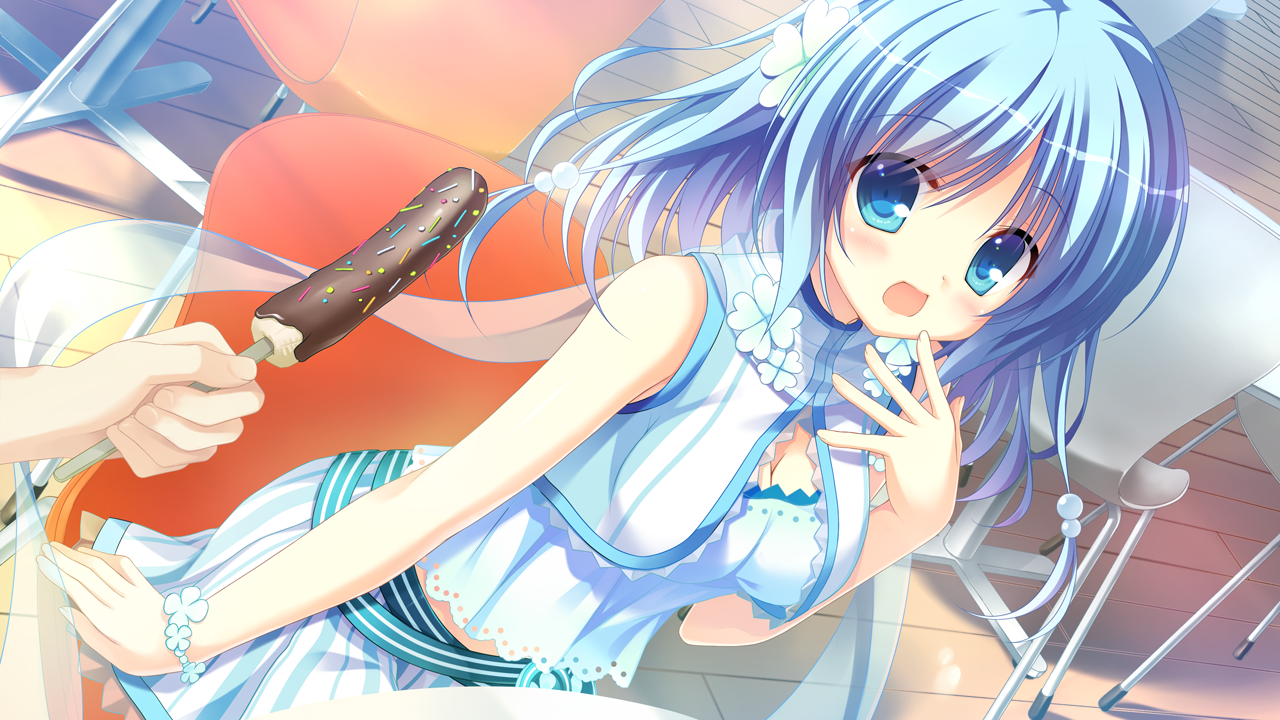 Ame is very human-like, even for an AI. She is quick on the uptake, can engage in fluid banter with other people, has a strange craving for chocolate bananas, and at a later point even responds adequately to Atsuya’s jokes. Her main purpose is to make sure that everyone on the island is happy. She can teleport to whatever location she desires on the island and can also see happiness levels like Atsuya. Both of these abilities help make it easier for her to assist people and to provide much needed maintenance on the island. She occasionally pops up and scares the daylights out of Atsuya, though she later learns to make her presence known when doing so. Ame is a kind and expressive AI who does her best to help Atsuya adapt to life on Kazana Island. When Atsuya is designated as the person who will choose a person to participate in the beauty pageant, Ame is there to provide useful suggestions. She goes out of her way to cheer up those around her, even though she misses the point at times due to her lack of knowledge about certain subjects. 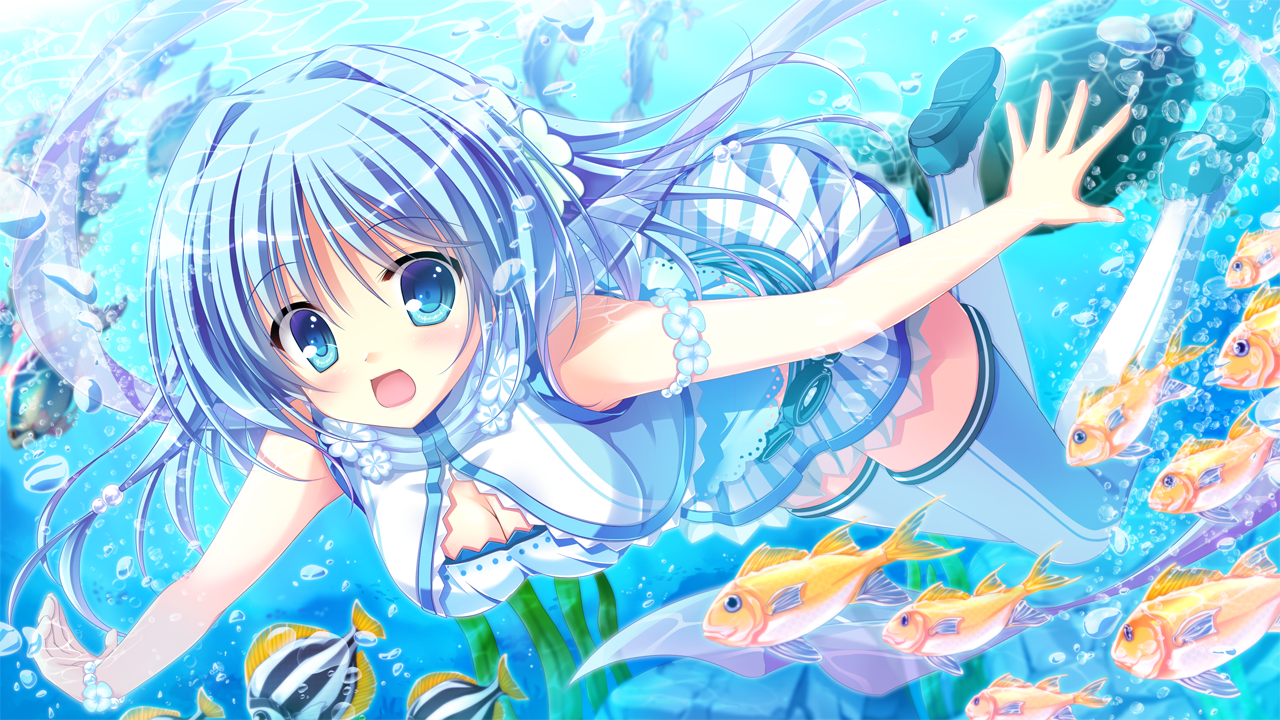 Being an AI, Ame naturally has a deep inclination to learn new things. Ame begins to question what true happiness is after spending a lot of time with Atsuya, but since Atsuya deems it to be a difficult question she proceeds to ask the inhabitants of the island. She learns that happiness comes in all shapes and sizes and that everyone has a different opinion on what happiness is. Atsuya tries his best to lead her down the right path and tells her to seek her own little slice of happiness. Ame continues her search and eventually has an epiphany: love is happiness. Given how close they have become, Noeri and Himari later suggest that Atsuya and Ame go on a date and visit places that couples would likely frequent in order to learn about love. With this foundation in place, Ame’s love begins to lead her down the road to happiness, complete with all its turns and tribulations.

Will Ame be able to attain happiness on the island where no one is ever unhappy? Can Atsuya nurture his love with this endearing AI and help it flourish for eternity. These and other answers can be yours if you are willing to take the plunge and embark on a journey to the sunny paradise known as Kazana Island.