Today, we have a tester’s corner for D.S. Dal Segno from Shadowarc!

Welcome to Kazana Island, the island where no one is ever unhappy. In D.S. -Dal Segno-, the latest moege from Circus of Da Capo fame, you are Atsuya Takamura (who can be renamed), a second-year transfer student to the island’s academy.

Despite arriving at the end of November, Atsuya discovers that Kazana is more like a summer paradise compared to the cooler climate of Tokyo, thanks to the technological advancements unique to this island. Atsuya is greeted by an unusual girl named Ame, where a resulting accident with her leads to him discovering that she is actually an AI! After finding out Ame is actually the caretaker of paradise, Atsuya then discovers he now has the unusual ability to see numbers on people’s foreheads, which indicates their happiness level.

As Atsuya manages to deal with this new phenomena, he meets a diverse assortment of characters at his new school: Himari, an eccentric girl with a large hat who likes to gaze at the sky, Hazuki, the prim and proper student council president who always has a lot of work to do, Io, the self-proclaimed ‘Daughter of Darkness’ who dresses in a goth loli style, Noeri, his cousin who insists she is his little sister and wants to wake him up in the mornings, and finally Yamato, an unusual guy from the newspaper club who tries to help out Atsuya wherever he can.

While slowly adapting to his new life here, Atsuya is thrown into an odd situation of being able to pick a girl for the academy’s Christmas pageant, thanks to Ame nominating him in an effort to make him happier. Sadly, it only causes him more stress than anything, as he is a bit indecisive. After all, there are a lot of cute girls. 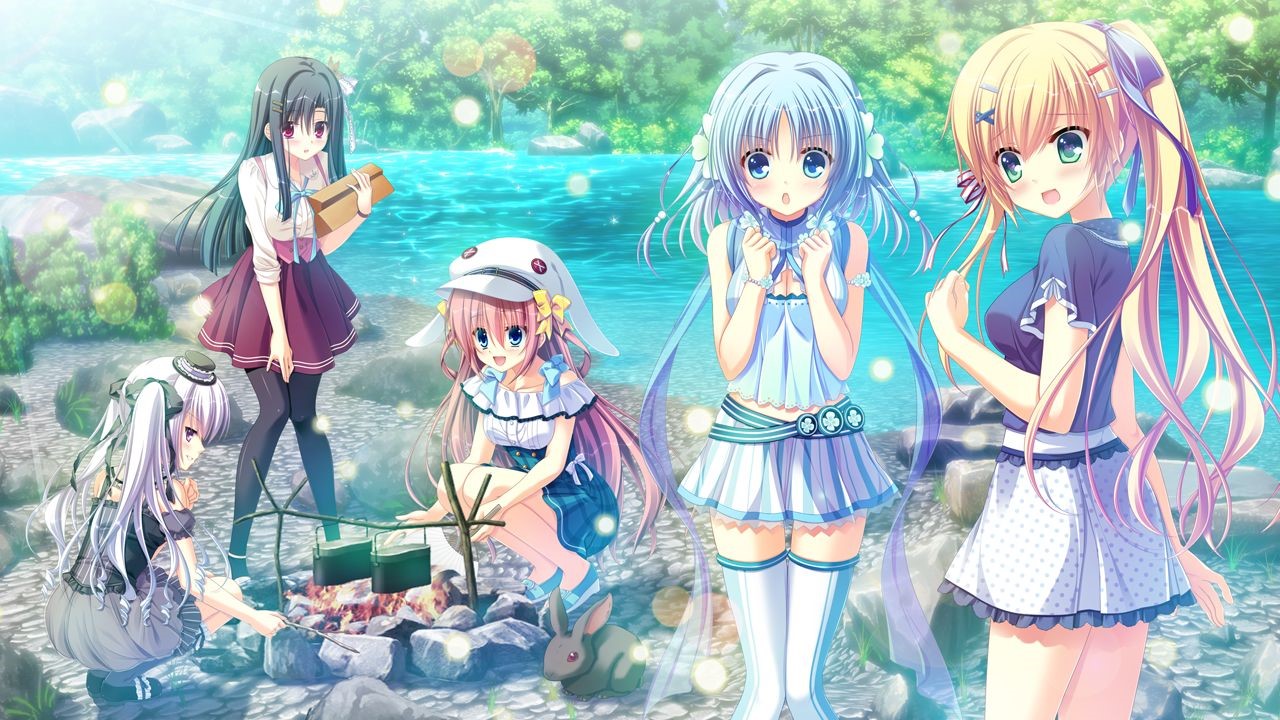 Who will you choose?

With five routes, this moege is full of various cute romances with a little bit of drama mixed in. At first, you can only access four routes, with the fifth requiring you to go through the others before it becomes available. While a strange decision, it adds a few extra scenes to the common route once the requirement is met.