Space Live, The Competition of the Future!

Imagine a world free of strife, stagnation, and war, a place where politics and fashion no longer occupy a place on a pedestal. No longer would you spend your days fixated on the opaque or the mundane after engaging in the perpetual grind known as work. Such an ideal place is surely the stuff of fantasies, a fleeting mirage flickering in the far off horizon. Laying hands on this idyllic place is all but impossible. Yet, humanity’s perseverance knows no bounds; its penchant for destruction is matched only by its ardent desire for creation.

Bid farewell to your listless days, for Net Space is upon us. Onwards to the future where beautiful idols take center stage!

Idols are all the rage, and the bandwagon has never looked so good. If ever there was a higher purpose in life, then surely idols would claim that place in our hearts. Few people can lay eyes on their performances and not succumb to elation. Their charisma and energy are contagious, and is a crucial tool used to effectively rouse the audience. Even the most disciplined idol holds a few cards close to her heart, and the idols in this game are no exception. Given the chance, they too are allowed to give readers a quick glimpse to flesh out their personalities in the form of acting. The acting scenes were poignant scenes that stood out to me from the usual idol singing and dancing performances.

Each idol has a role to play in order to appeal to the audience that matches their respective personalities. The majestic Sarifa plays a princess who is saved by her gallant knight as her kingdom is under siege, while the elusive nine-tailed fox Higitsune plays the role of a demon lord. Giving the idols free reign to explore a side of themselves they rarely share with anyone else is a sight to behold. The aforementioned idols have especially entertaining scenes that help keeps things fresh and engaging for all those who are used to the whole idol fare. 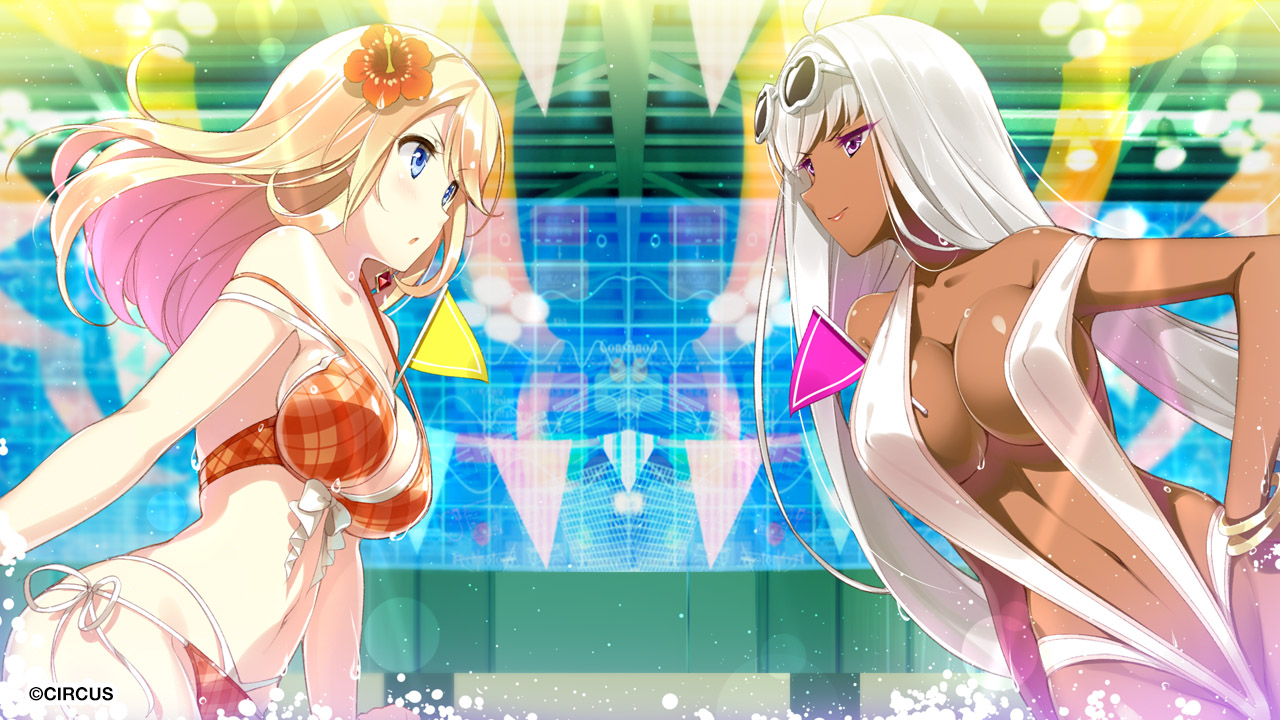 And, if by some chance, you are a fan of both then you will find these acting scenes with the idols a treat worthy of your time and money. While these scenes are fairly engaging on their own merit, working on them was also a bit challenging as the setting and language employed varies with each scene. Archaic settings and intense battle sequences are all a part of the wonderful sequence, and help give the idols some much needed depth. These acting scenes are a great addition to Space Live, and they helped me cement each character’s voice once and for all.

Though the utopia aspect of cyberspace is glossed over in lieu of the idol angle, what Space Live provides in terms of entertaining settings and colorful performances more than makes up for it. Step up to the plate and cheer for your favorite idol, the fate of Net Space rides on your decision!

Space Live is now available for pre-order on MangaGamer.com!