A Kiss For the Petals: Maidens of Michael – Tester’s Corner Vol. 1 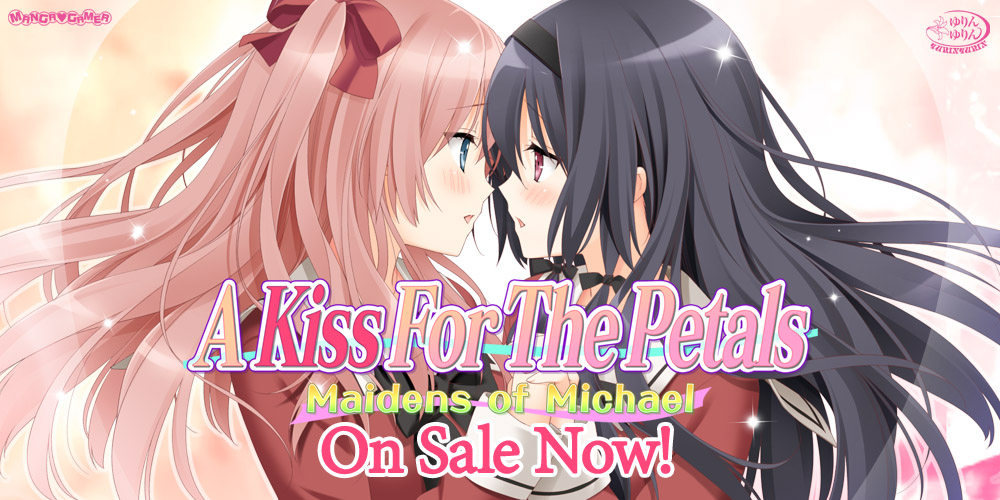 Today, we have a tester’s corner from Mashiro!

Hello, Mashiro here and this is one more Test Corner with me.

I’ve been interested in the yuri genre for quite some years now and being able to test A Kiss for the Petals – Maidens of Michael was something that made me quite happy and excited! The game delivered everything I expected from a yuri game. It was just so heartwarming and cute. The game initially follows the relationship between Azumi Risa and Ayase Miya, slowly showing how the two go from troubled student and concerned class representative to something more than that. Seeing the two falling for each other and trying to understand their feelings made me smile all the way until the end and I couldn’t help but cheer for their pure and sweet love. 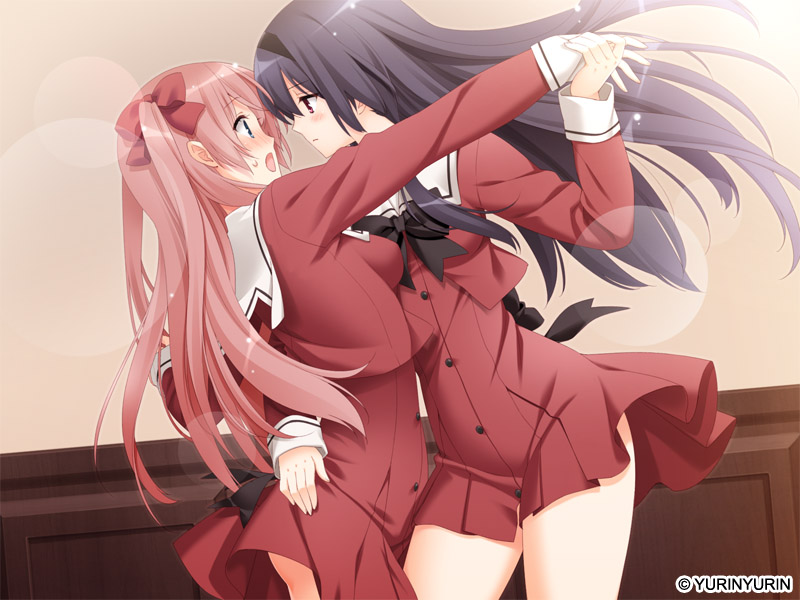 Of course, the other five couples featured in the game also brought a smile a smile to my face. Each one of them had an unique charm to them, so I have no doubts that the players will cheer for at least one of these couples, if not all of them! The interactions between all the characters was a very nice touch too. Something I always appreciate is when the other characters still appear even when I’m playing a different route. All of the other characters were a constant presence and had an impact on the plot in each route. 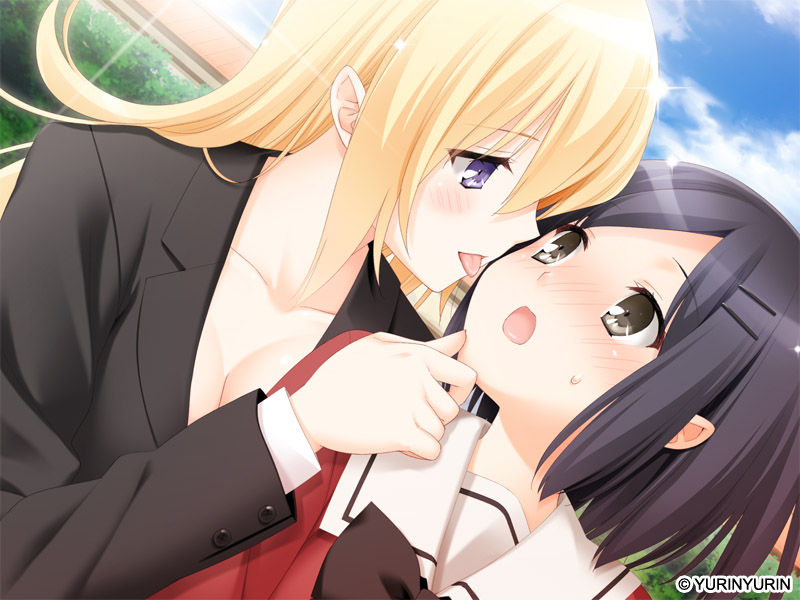 The art of the game is very pretty and has kind of a candy/dream-like look to them, increasing the overall sweet feeling of the game. The love between the girls is palpable in every CG, giving them an extra charm that not a lot of games have. The chibis CG are also very cute!

The music of the game isn’t anything amazing, but I gotta say I love opening theme. It’s probably one of the best openings songs I’ve ever heard and I love it so much. I hope everyone that picks up A Kiss for the Petals – Maidens of Michael has as much fun as I did!

A Kiss for the Petals: Maidens of Michael is now available on MangaGamer.com and Steam.