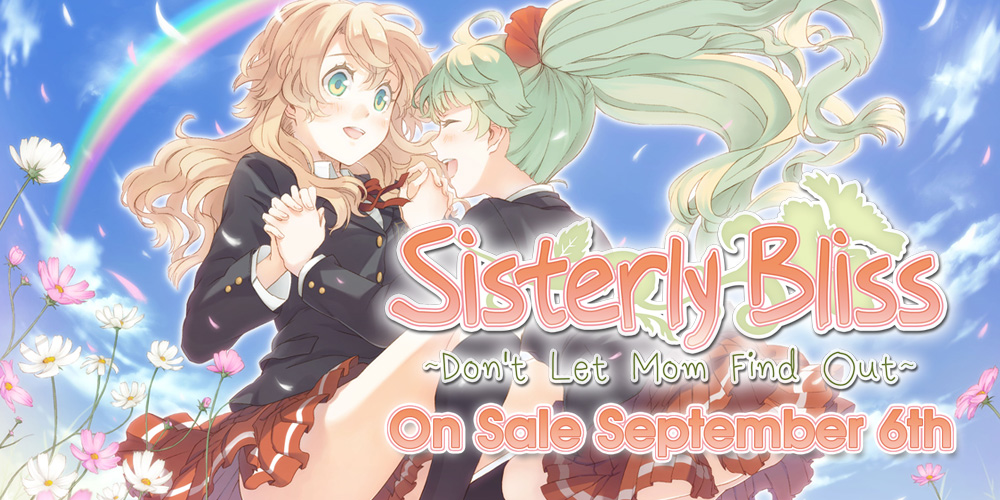 Hi folks, FTB here on behalf of Sisterly Bliss: Don’t Let Mom Find Out. As you can no doubt guess from the title, this is a game about a pair of sisters (twins, no less) who love each other a great deal, and with great enthusiasm. Ichika, the levelheaded older sister, and Futaba, the spirited younger sister, may not have a lot in common, but that’s exactly what makes them such a perfect match. All their lives, they’ve made up for what each other lacks, helped one another, and grown together into a pair of mature young ladies just starting to explore their sexuality. 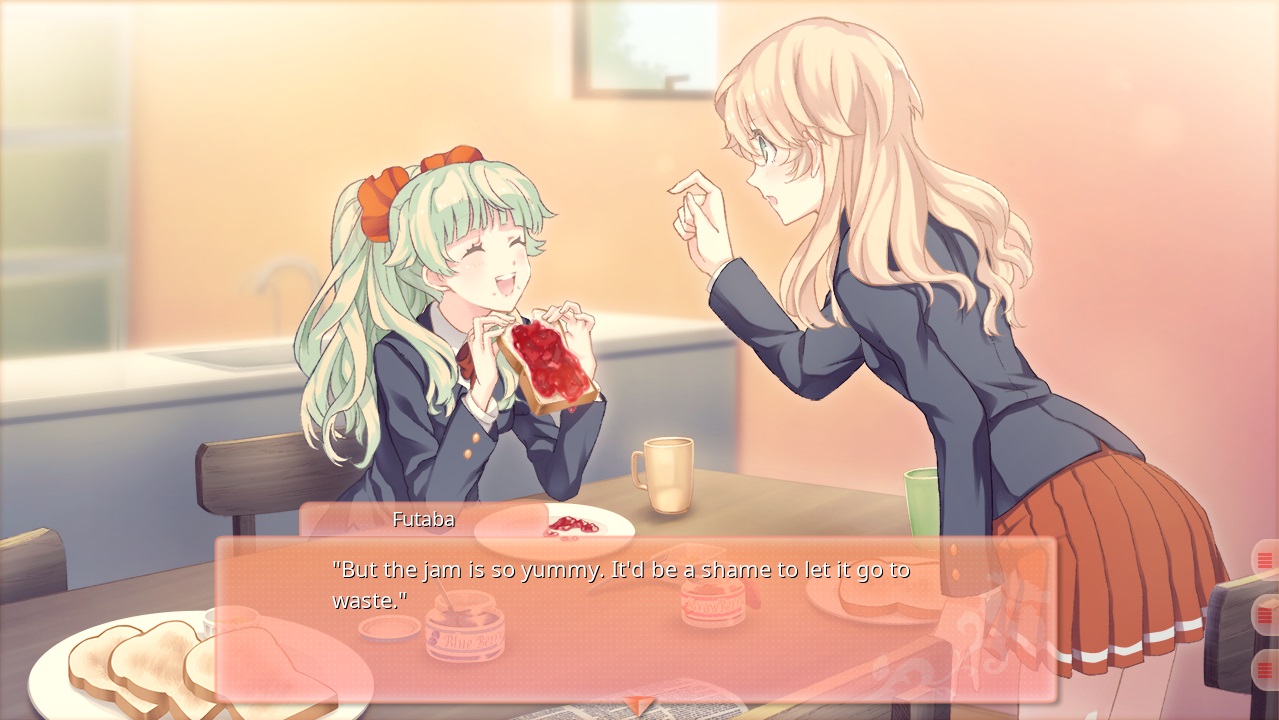 But as their mutual affection also grows, how will they deal with the taboo thoughts they discover inside themselves? Will Futaba indulge her desires and push the two of them into a relationship? Will Ichika have the upper hand, forcing the two to bottle up their feelings until they explode? Or will they land somewhere in between, a happy coexistence of give and take? Ultimately, that’s for you to help them decide! 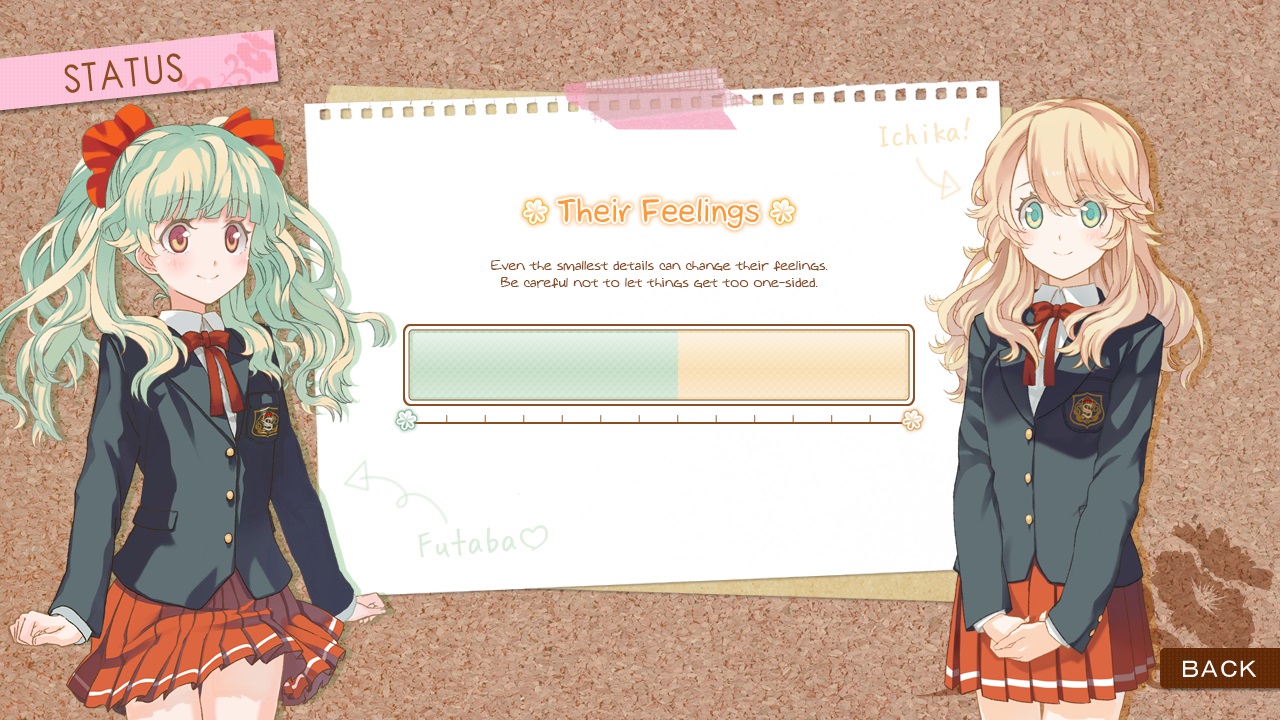 Sisterly Bliss has a somewhat unorthodox route system: each choice accumulates points to one character or another, as is pretty common, but all the routes feature a different development in the relationship between our title sisters, with the points moving you back and forth on a slider. The game has four routes, depending on where you end up on the slider. As the game warns you, it’s important to the sisters’ happiness that they both have a say in how their relationship develops. If you upset the balance too far, you might end up seeing a darker side of Futaba or Ichika, rather than the sweet story you’re expecting. 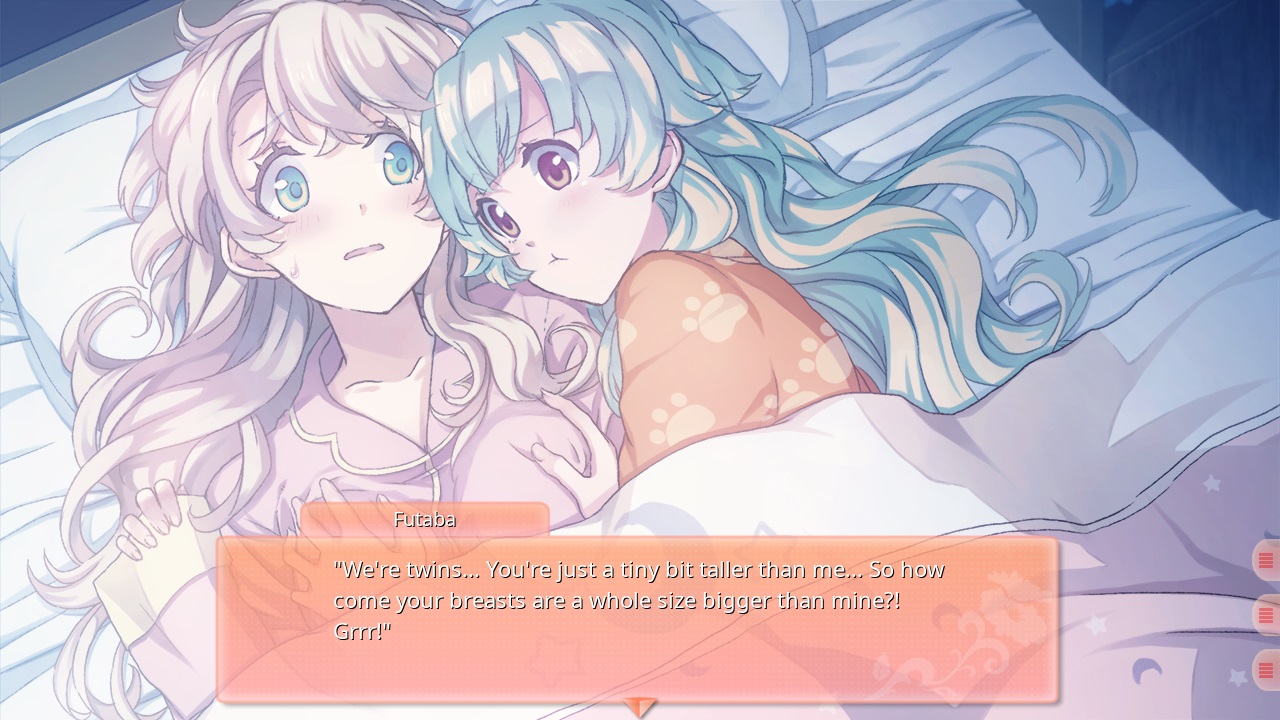 And let’s talk about that dark side, because honestly, that’s where the game really shines. Seeing a couple of girls find happiness together is wonderful, of course, but seeing them go completely off the deep end turns out to be way more interesting. If yanderes are not your thing, you’ll want to pay special care to keeping that slider balanced on one side or the other, but if you’re even a little intrigued at the possibilities, make sure you pick just the right choices to push it as far to the edge as you can. Two good ends and two bad ends await you, one of each per twin, and I can’t recommend strongly enough that you go check out the bad ends: they’re even almost as long as the good ends. 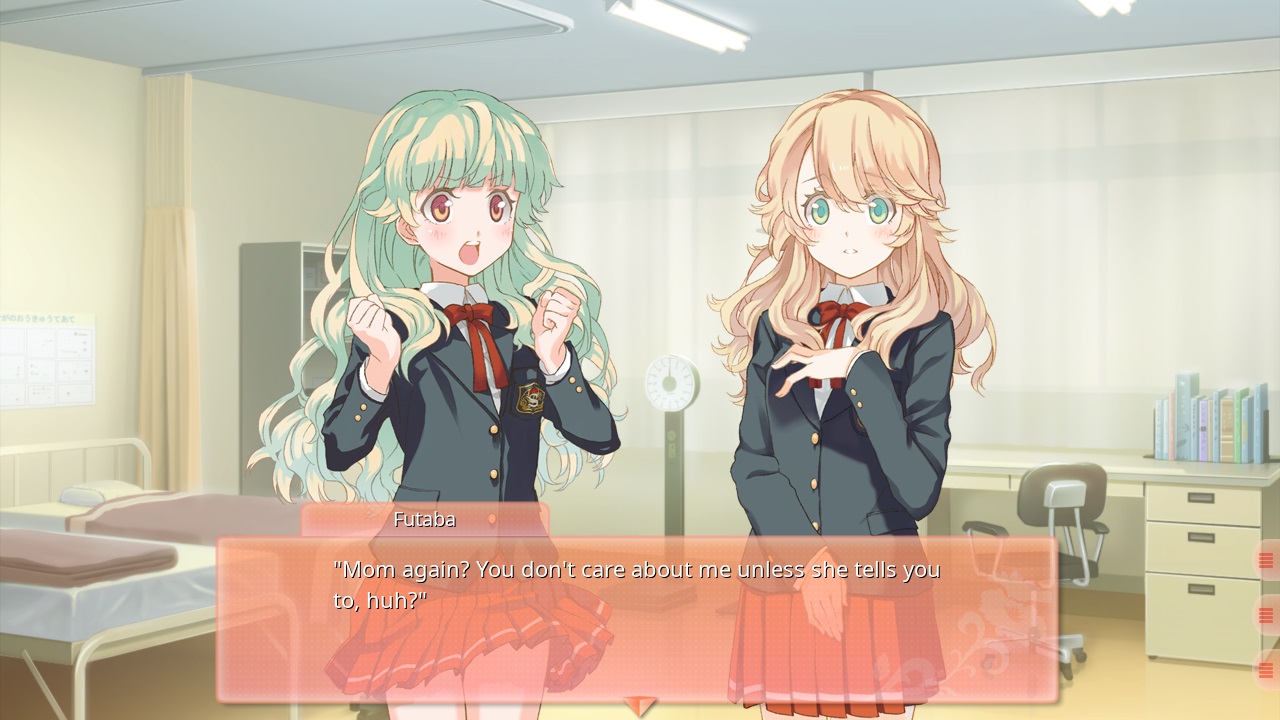 But at the end of the day, Sisterly Bliss is also the sweet story of a pair of twins who hope to never be parted. They need each other, perhaps are even dependent on each other, but if they make the right decisions, they can learn to support each other, and both of them can become stronger in the process. And most of all, each can find love and acceptance in her sister’s arms. 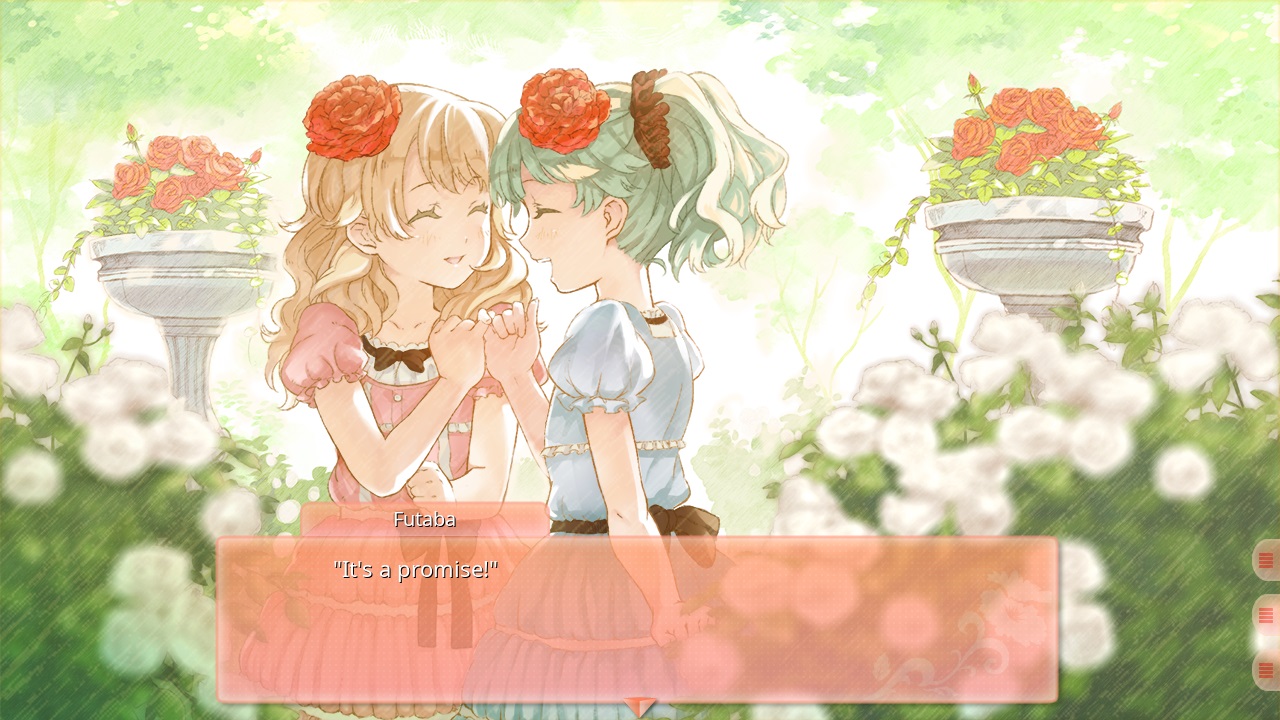 Sisterly Bliss may not be for everyone, but maybe it’s for you!

Sisterly Bliss is out September 6th! Pre-order now to save 10%!