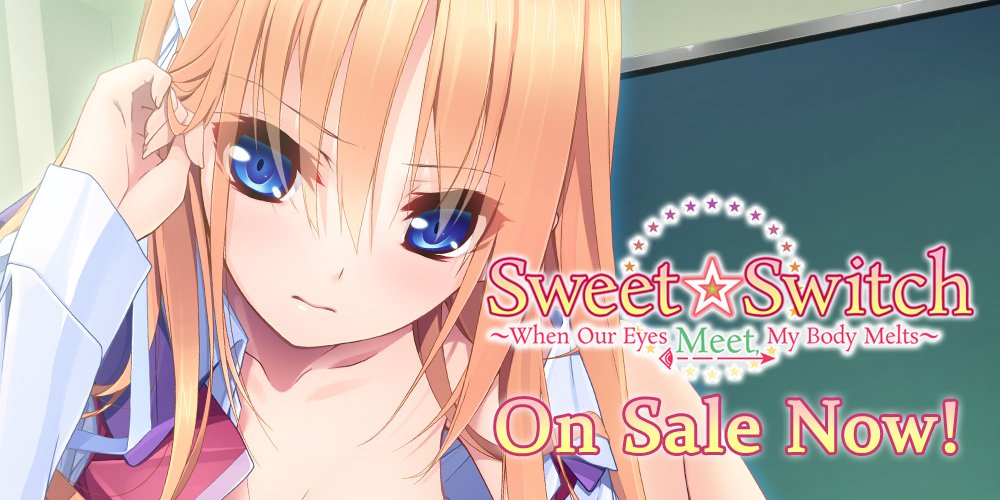 Today on the blog, we have a tester’s corner from Arc!

For fans of Sweet Young Bride, here comes another nukige title from Ammolite, Sweet Switch ~When Our Eyes Meet, My Body Melts~. In this game, you are Ryuuichi Takato, an unfortunate guy who has a mean look to him that scares and intimidates just about everybody he comes across, even causing a girl to faint one time. However, he realizes his gaze has quite the opposite effect on two odd, well-endowed girls.

Ryuuichi has always had the impression that the haughty student council president, Sara Lafarge, never really liked him much, as she would glare at him when he came to school. Much to his surprise, his gaze seems to be turning her on, instead! After a very odd sexual encounter with Sara that left him very confused, he is dragged into helping out the student council while being forced to wear odd glasses that somehow diminish his eyes’ power. Much to his dismay, they are basically silly glasses, but it helps him socialize a bit more with his classmates. 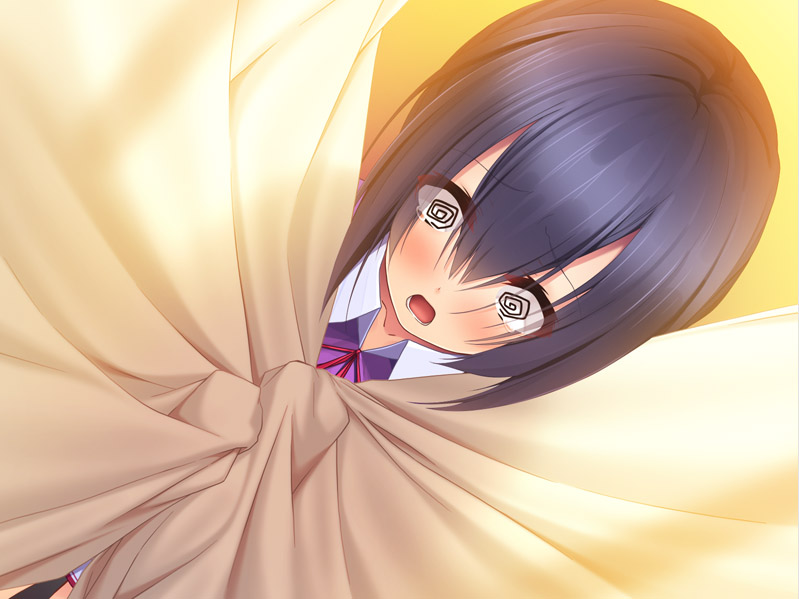 While helping out Sara, Ryuuichi also meets the shy and timid student council secretary, Fumino Hirohata, who is in a similar predicament as Sara, but also happens to also undergo a peculiar personality switch that makes her more confident when he gazes at her, but it’s also an excuse for sex. And just like that, Ryuuichi is now stuck between helping the tsundere-ish Sara and the timid yet sometimes confident Fumino.

After having sexual encounters with both girls, Ryuuichi now has to help both of them undergo “special training” (obviously it is sex, mostly in public places) to help both girls overcome their very strange illness of being stared at, to prepare one of them for an upcoming school festival speech. Being a nukige, the plot is pretty simple and straight-forward, but there are three routes to choose from: either Sara or Fumino, or even both of them.

The length is fairly short, around the same as Sweet Young Bride. If busty girls is more your thing than flat chests, this may be of interest.

Sweet Switch is now available for purchase exclusively on MangaGamer.com!