The Spirit Master of Retarnia –– Now Available on Steam! 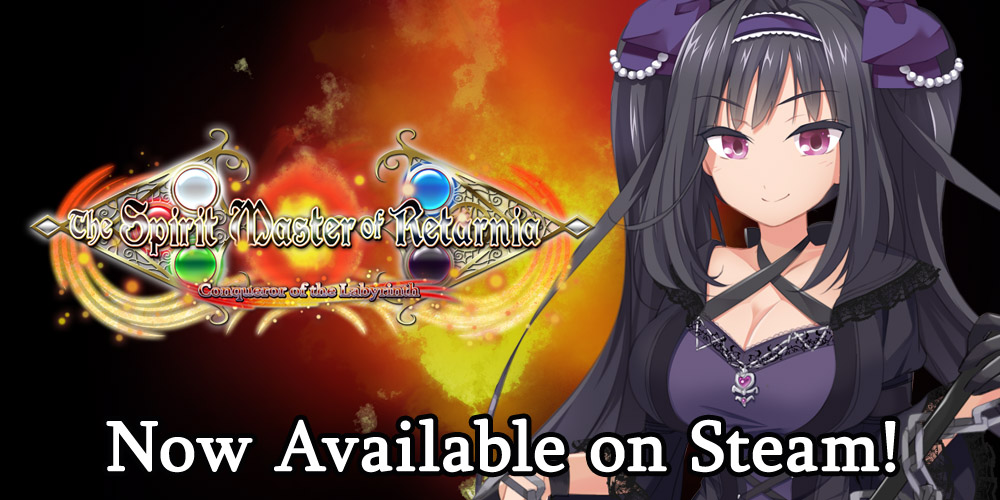 The Spirit Master of Retarnia, a classic 3D Dungeon RPG by Lunasoft, is now available on Steam! Get 25% off during launch week on both Steam and MangaGamer.com!