An Introduction to Ozmafia!! 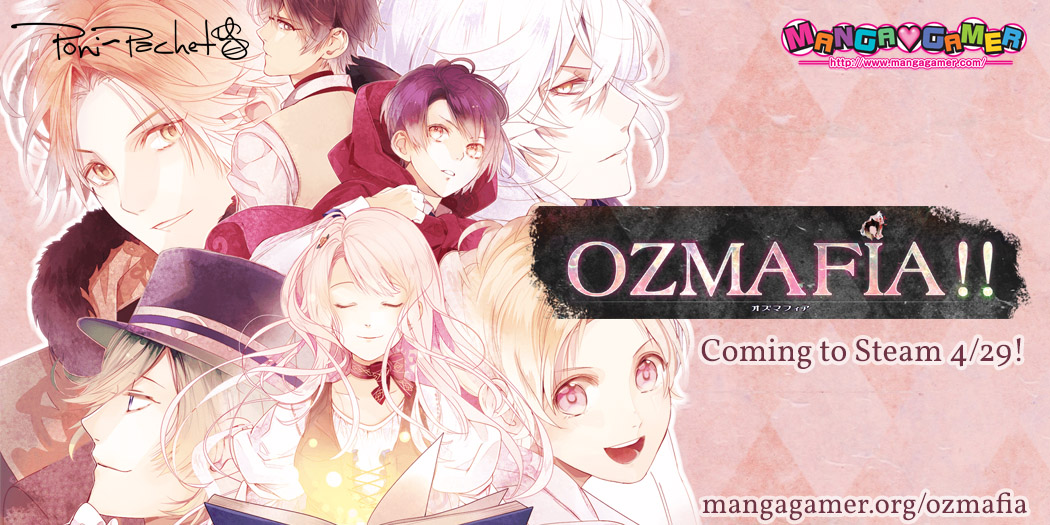 We’re just under two weeks away from Ozmafia!!‘s release, so I figured it was about time for a more formal introduction to the game.

In Ozmafia!! you play the role of a girl with no memories who’s found herself in a strange town full of what appear to be fairytale-themed mafia families. She’s taken in by the members of famiglia Oz and given a place to stay, but what happens after that is up to you!

Like many otome games, Ozmafia!!‘s protagonist can be renamed. So if you’re not crazy about the default “Fuka” you can pick another name, use your own name, or even call her something silly like “Biscuit” or “Fluffy”––the sky’s the limit! You can even turn her sprite off on the settings screen if you prefer a more immersive experience. 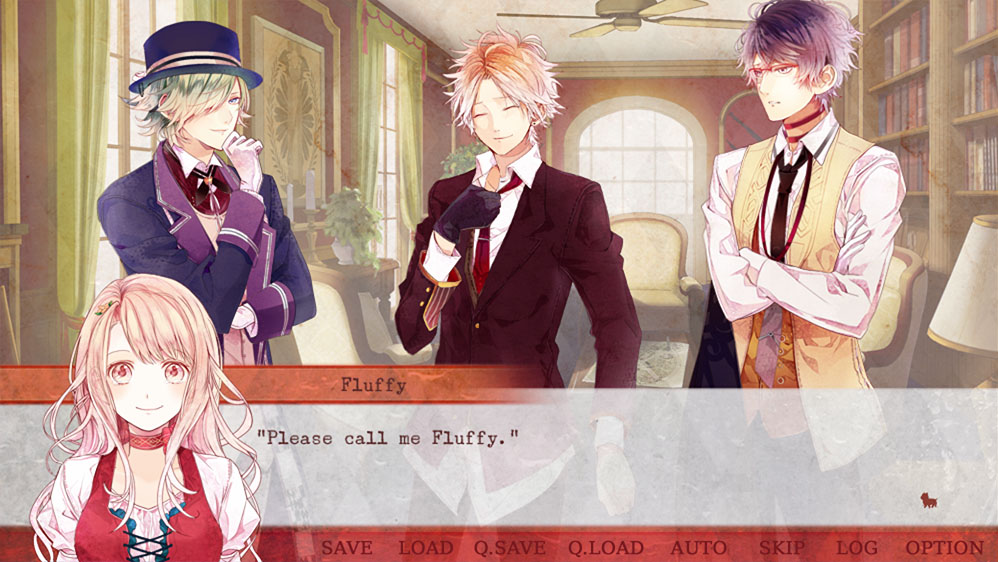 From there you’ll be prompted after each event with a selection screen to choose which character you want to spend time with. Characters’ availability may vary depending on what point in the story you’re at. Ozmafia!!‘s routing system is primarily point-based, so the more time you spend with a character (and select dialogue options that they like) the better your chances of a good ending with that character are. 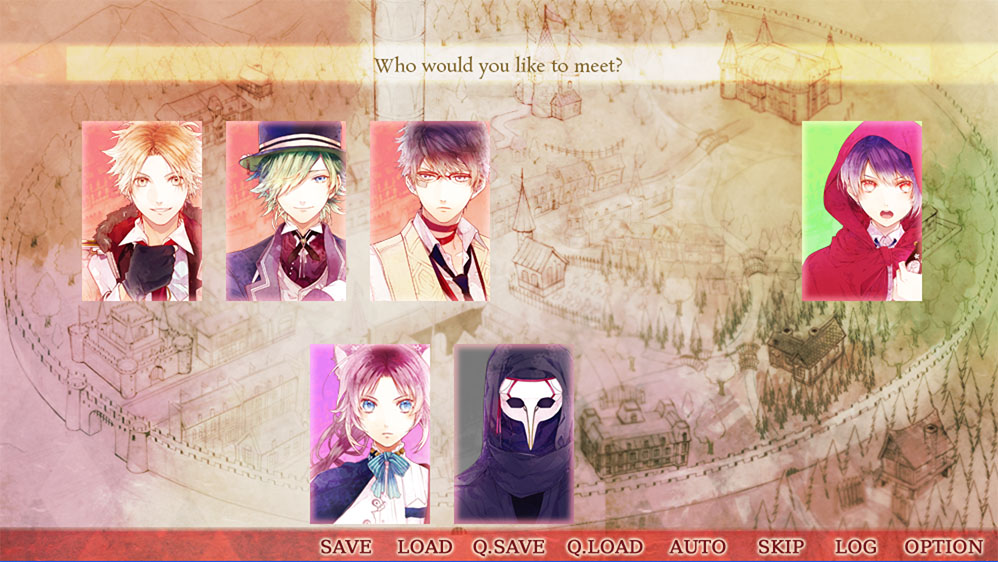 On the subject of game mechanics, Ozmafia!! has a somewhat unique “love triangle” feature available for the three men of famiglia Oz. Once you reach the “triangle” section of the game your affection scores with each of the three members of famiglia Oz are tallied up and you’ll enter the “triangle route” for your first and second place options (for example: if you’ve been pursuing Axel and the famiglia Oz member with the second highest affection score is Caramia, you’ll be trigger a “love triangle” scenario between the main character, Axel and Caramia). During the “triangle route” section, your decisions will determine whether you stay with your #1 choice or abandon him to switch to your #2. 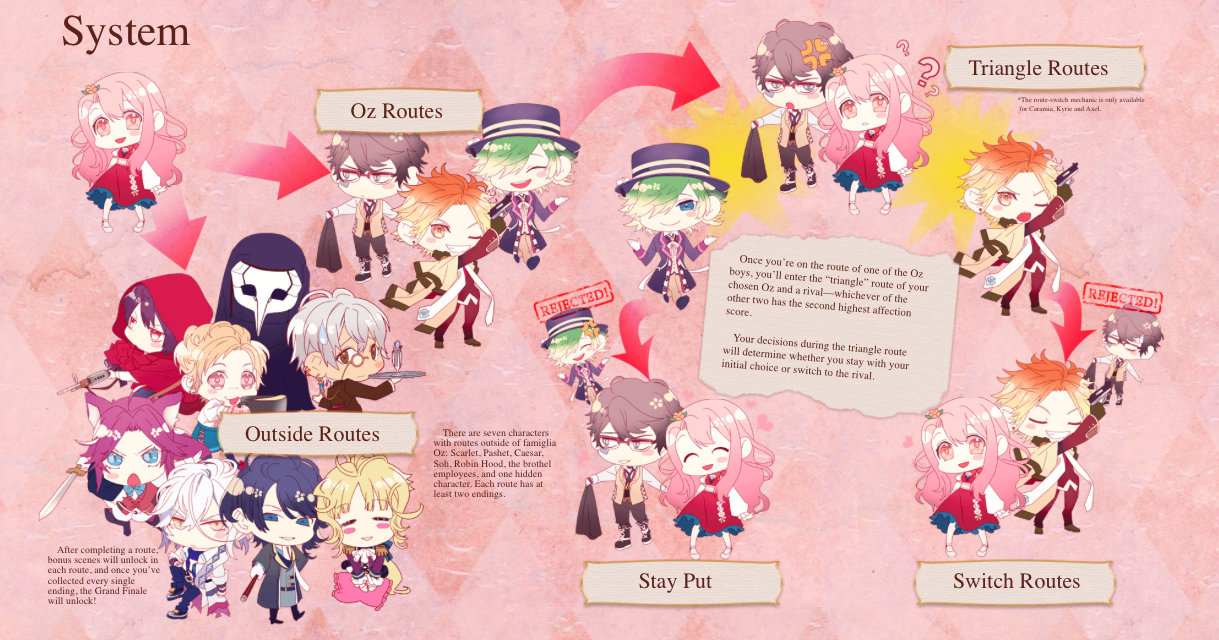 The triangle mechanic is not available for the other characters, so their routes play out in a more straightforward manner. Once you complete all the routes, you’ll gain access to the “Grand Finale”.

On the technical side of things, it’s also worth noting that Ozmafia!! is partially voiced. Fuka only has voicing during the “Grand Finale” but for the rest of the game, I’d say close to 70% of lines are voiced.

Ozmafia!! will be available on MangaGamer.com and Steam on Friday, April 29th! You can pre-order it from MangaGamer.com right now to snag it for 15% off.