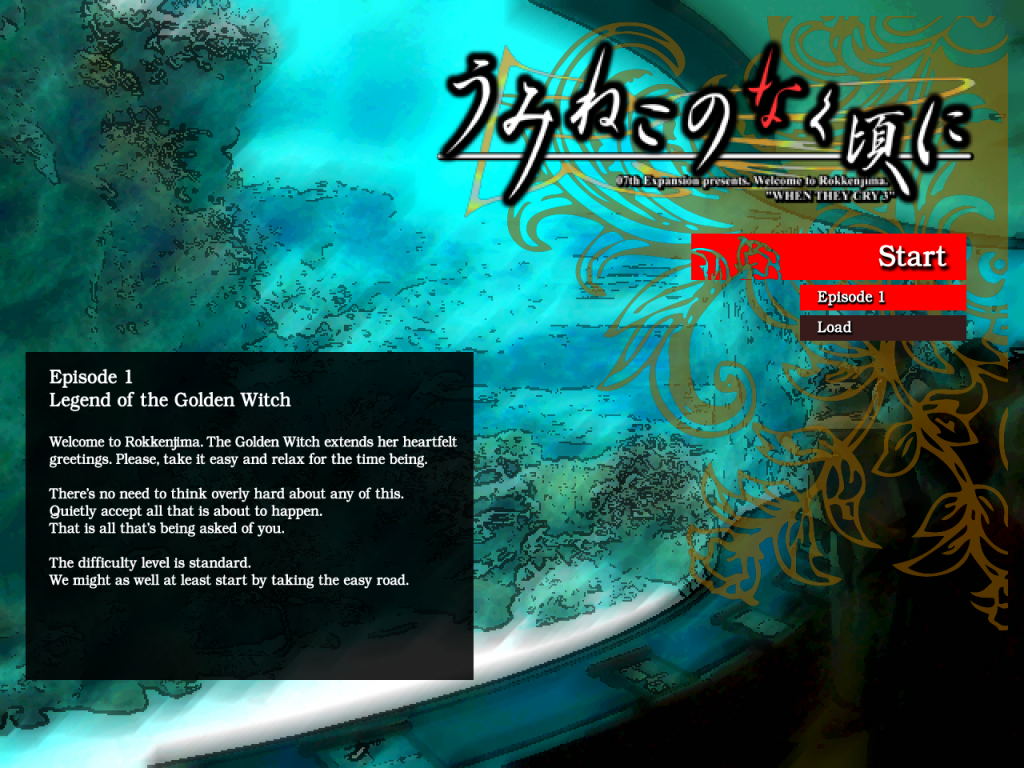 Like many others, Umineko was a title that introduced me to the world of visual novels. Many people are familiar with Higurashi, whether it’s because of the anime or visual novel, and want more of the horror/mystery that its story is often characterized by. It’s not hard to come across Umineko as it’s another work by 07th Expansion, and it’s certainly a spiritual successor to Higurashi. There are even references made to the latter!

Umineko focuses on the setting of Rokkenjima, an island that is deserted except for the mansion inhabited by Ushiromiya Kinzo, the wealthy head of the Ushiromiya family, and his servants. The Ushiromiya family is having a gathering here, and one of the hottest topics is about a witch named Beatrice, who is rumored to have given Kinzo his wealth. Of course, this is no ordinary gathering, as a severe typhoon isolates the island from the outside world, and Stuff Happens. 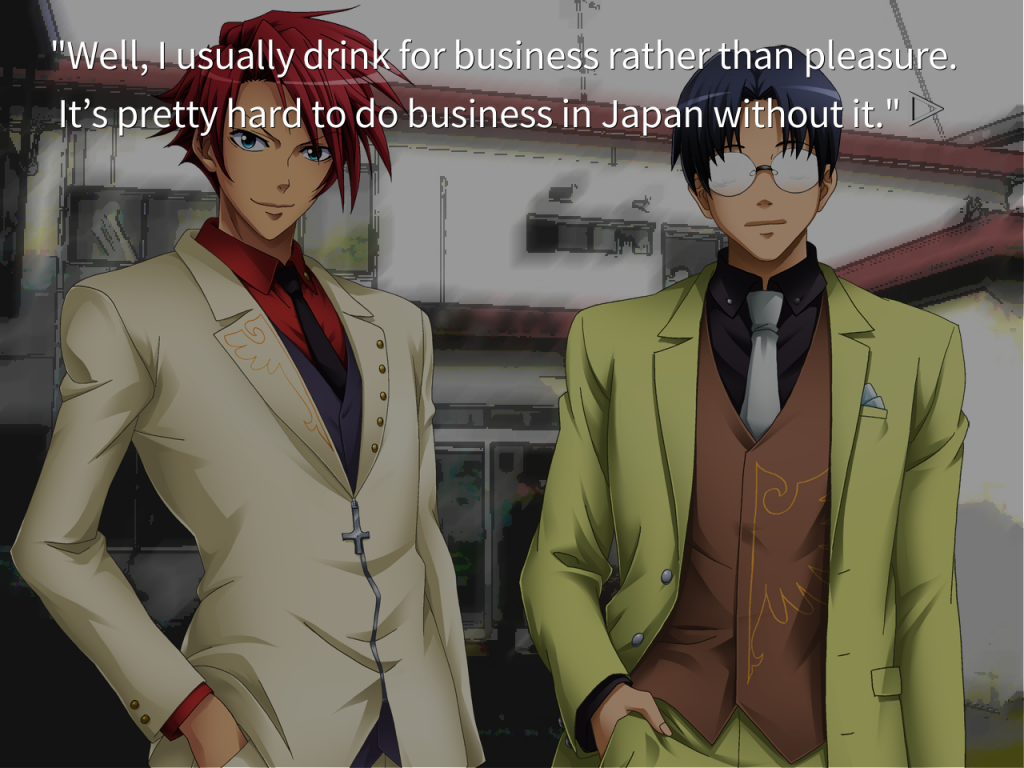 There’s obviously a lot more to elaborate on, but you can tell from the gist of it that this is a typical setting for a murder mystery. Well, it’s not so typical when the murders are connected to the alleged witch, Beatrice, I suppose. The circumstances surrounding each murder are unusual and seemingly impossible for anyone to execute, besides this mysterious witch. Perhaps things are not as they seem; people who have read Higurashi will find similarities with Umineko, right down to the prevalent use of ellipses in the text. Umineko does work with a larger cast of characters, though, but that’s not much of a problem with their distinguishable personalities and interactions, whether they’re arguing over money or simply having a conversation. 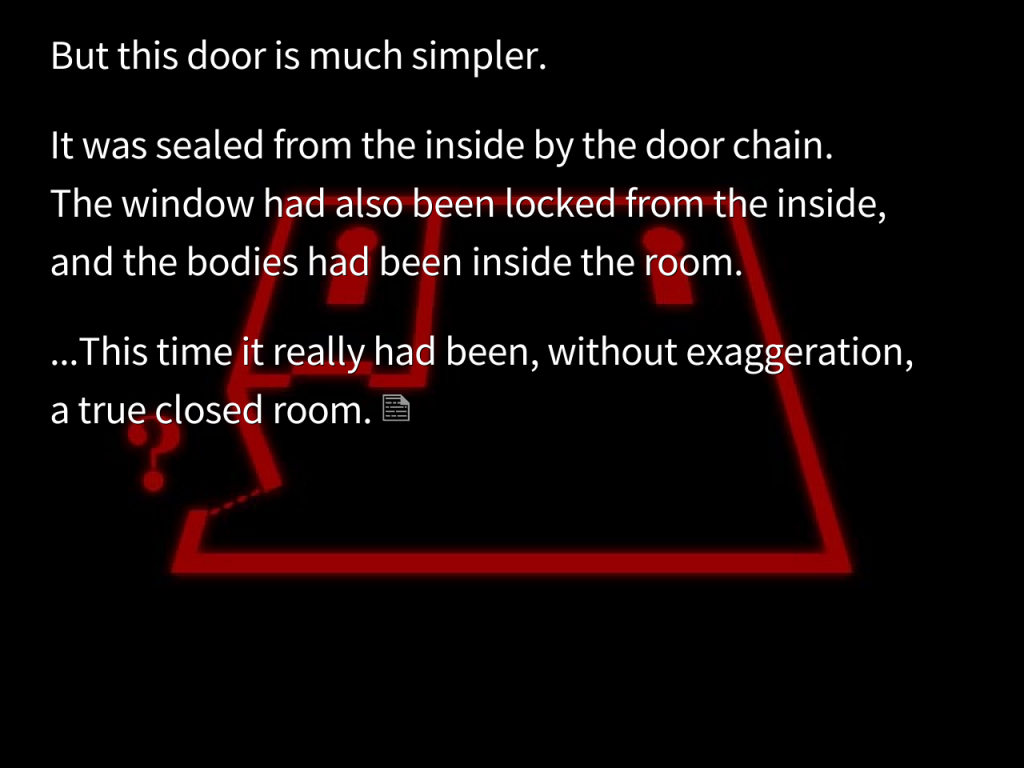 On the technical side of things, Umineko is based more on its original release, rather than the Alchemist remake. It has completely new sprites, but keeping the old watercolor backgrounds. You can freely switch between the new and old sprites, as well as the English and Japanese text. The game window is freely adjustable, and the text will scale with it. There is no voice acting and the soundtrack is untouched, but if there’s one thing you should take away from this game, it’s definitely the music.

I have to say that it was a particularly interesting to reread Umineko and see things through the “answer” offered by the later games. For first-time readers, though, it’s going to be quite a ride, to say in the least!

You can pick up Umineko’s first four episodes right now on our website or on Steam!