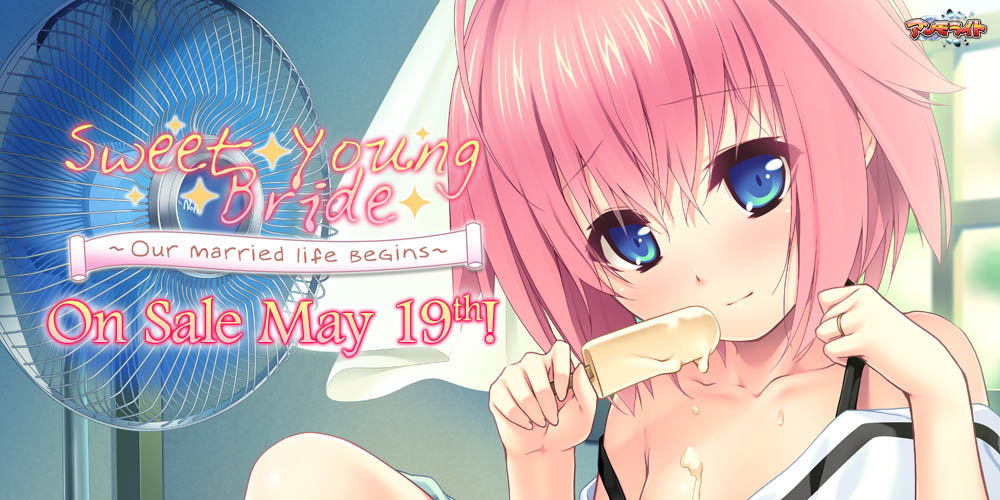 Hey there! I’m shaku-tan, an editor here at MG. I wanted to talk to you a little today about the game I worked on, Sweet Young Bride, and how we handled localizing euphemisms. 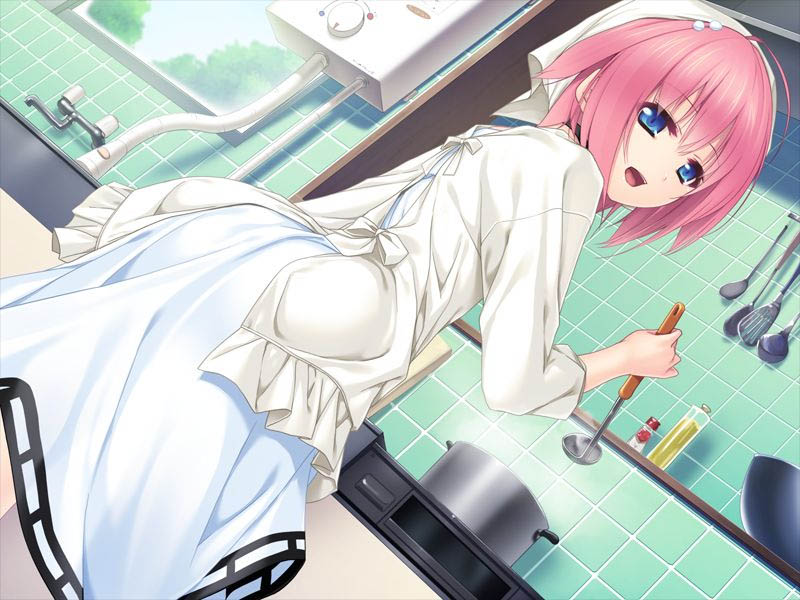 Euphemisms for sexy bits and the act itself vary from language to language and even country to country (the first example that comes to mind is to never say “fanny pack” to someone who’s from the UK). Likewise, what sounds sexy in one situation may come across as goofy or stilted in another.

Sweet Young Bride is a title that is driven mostly by the main character Kouta’s narration, rather than dialogue or art. (On that note, I have to say that the dialogue is pretty good, and I love the art.)

Kouta has some “worldly” experience, while his new bride, Hazuki, is completely innocent and learning about sex throughout the game. In Japanese, the way she speaks reflects that pretty easily: she almost exclusively refers to anything intercourse-related with extremely vague terms. She has a “down there,” Kouta has a “thing,” and so on. Localizing her speech was relatively easy, as we mostly avoided her using real words or cruder euphemisms and occasionally mixed in very mild romance-novel language for variety.

Kouta was a different story. Kouta sees his new bride’s innocence as extremely appealing, and he likens her to a flower that has yet to blossom to the ways of a woman (I’m mixing my metaphors here, but so does Kouta). He refers to his own body parts as “grotesque” compared those of his bride, and for the most part, his euphemisms translated almost directly into English: stake, pillar, member, and so on. For the most part, localizing Kouta’s descriptions of himself consisted of varying terms so an English-speaking reader wouldn’t get bored by repetition, and occasionally swapping out terms that sounded too medical in English for more casual equivalents. For example, while not exactly the same thing, “head,” “tip,” or a similar term was switched out when Kouta says “glans.”

(Quick side note: thanks to the other staff members at MG who had to constantly put up with me popping in and yelling, “Wait a sec, is insert weird euphemism here considered sexy?”)

In Japanese, when Kouta talks about Hazuki, he mixes in occasional flower euphemisms for various parts: petals (for her labia), buds (for both her nipples and clit), and so on. They worked surprisingly well with accepted romance-novel type language, and those were kept intact. The difficulty came with some of the writers’ euphemisms that translators have told me they haven’t heard before. The two that stood out most for me literally translated to “princess meat gate” and “princess lips.” The meaning of “princess lips” is probably the easier to guess, but “princess meat gate,” depending on the situation, could mean her Hazuki’s vagina or her entire lower area. I’ve been told that there’s something lost in translation and the two terms sound a lot more poetic in Japanese. Considering what’s considered sexy or romantic in English, I can believe it. 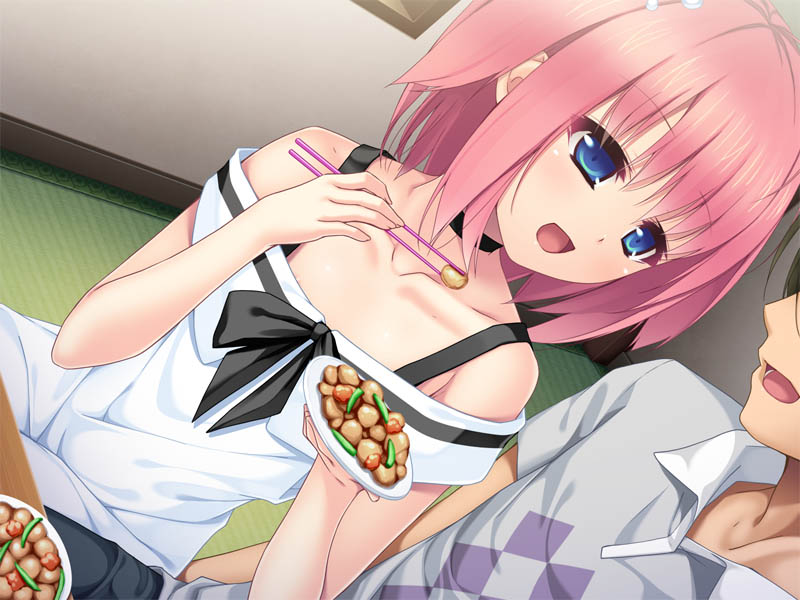 So that brings us to the main question: what do localizers do when they find that a word is overused and/or doesn’t translate well into English? Start mixing in euphemisms that work better in our language. My own dirty mind could only get me so far, so I turned to friends and one of my new favorite resources, The Sexy Thesaurus. Equipped with my trusty new set of vocabulary, it became a matter of trying to be varied enough to be interesting, but not too medical or cheesy.

I hope this sheds a little bit of light on what localizing editors do! We don’t just fix grammar and punctuation errors; sometimes we have to get down and dirty, roll up our sleeves, cram our hands into our toolboxes, and whip out new bits to replace what just doesn’t do it for you.

Yes, I just fit as many euphemisms in there as possible. In any case, I hope you enjoy Sweet Young Bride. It’s a sweet story that hits a surprising number of kinks for its short playtime.

Until we meet again!