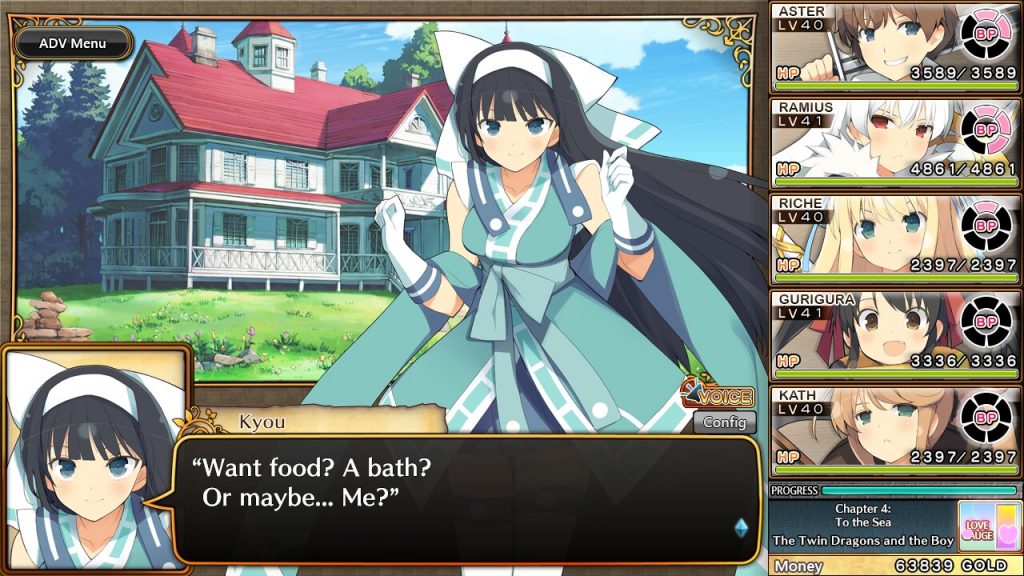 Hi there, this is umbelia and I’m here to talk about Alicesoft’s newish “not Rance” that’s sure to get your juices flowing! 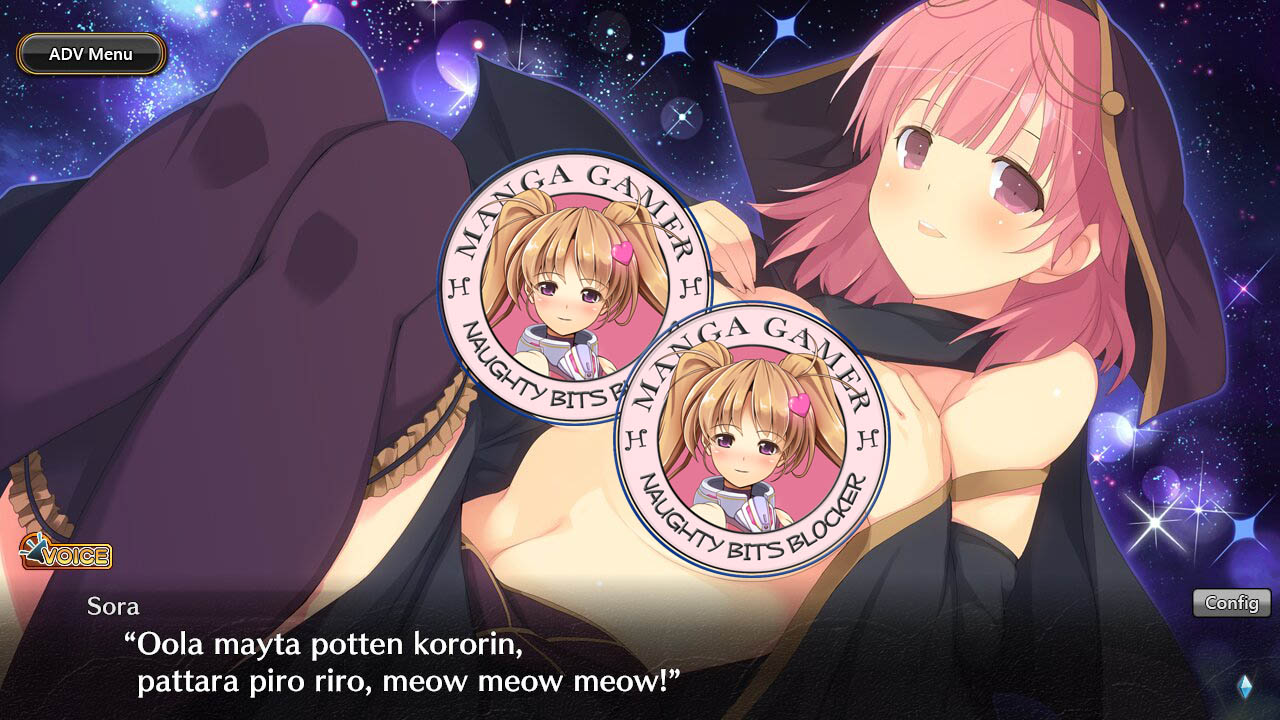 So Evenicle, like most of Alicesoft’s work, is more JRPG than it is eroge – which is a great thing in general. Like most of Alicesoft’s work, it features a good plot and great gameplay that can stand on its own without the smut. Evenicle‘s story is set in a world where, thanks to the goddess Eve’s blessing, normal people can only have sex with one person – which immediately results in marriage. Having sex with more than one person results in the blessing being revoked, and those who lose it gain distinctive black rings on their fingers that mark them as Outlaws and remove all ability to create anything from the natural world, forcing them to steal to survive. There are ways around this problem, however, for those who want to have more than one partner. Knights, the guardians of the people, are allowed to have multiple wives based on their rank, which is where we come in. Our hero, Aster, has been raised by his beloved twin sisters, and instead of picking just one to marry, he goes off to become a Knight. 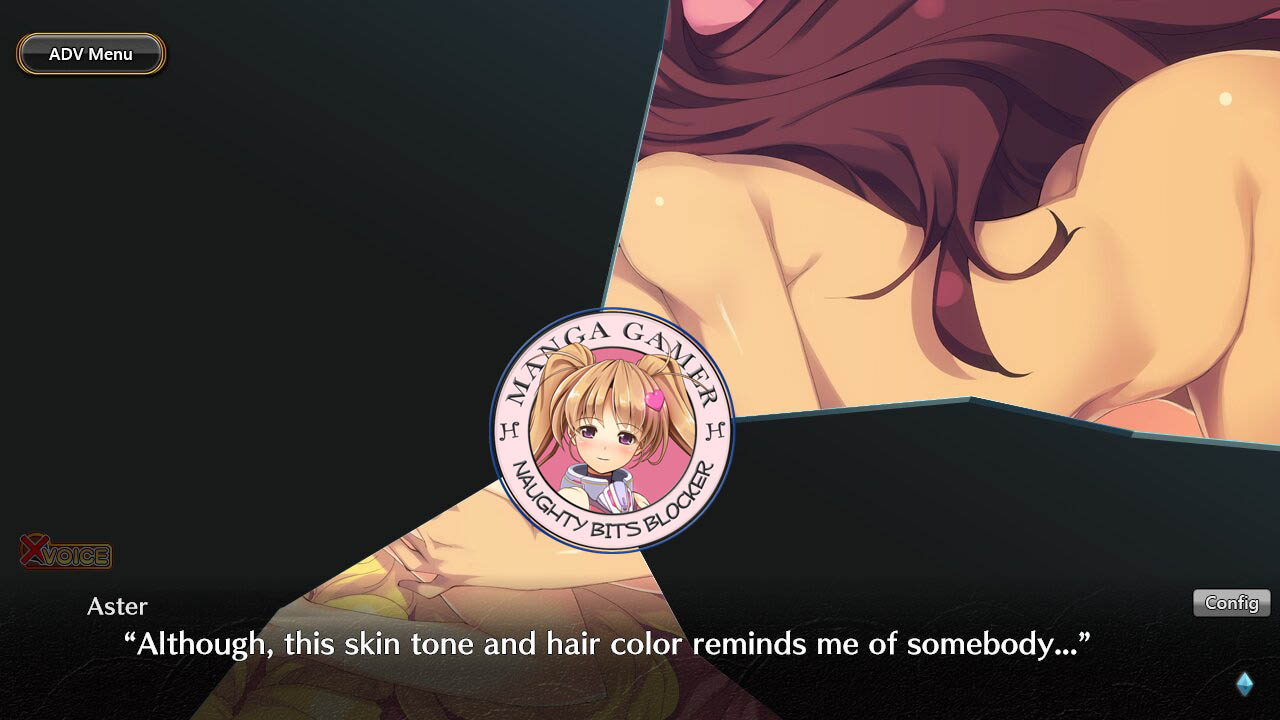 The plot is easy to understand – Aster and his multiple wives respond to various events in different nations, setting forth to go save the world cute girls. Aster is an easy-going, “pervert with a golden heart,” and the wives are all very varied and interesting. Aster is very clearly driven by his lust and love of women, which allows him to serve a good supporting role in the story as the one bringing the well-developed female characters together. This allows the female characters of Evenicle to be the main drivers of the plot at large as they pursue their goals and interests with Aster’s aid. Everyone Aster meets is full of personality and they have great character designs. The wives are varied and lovable, and even the side characters (surprisingly, including the men) are well fleshed out and likable. 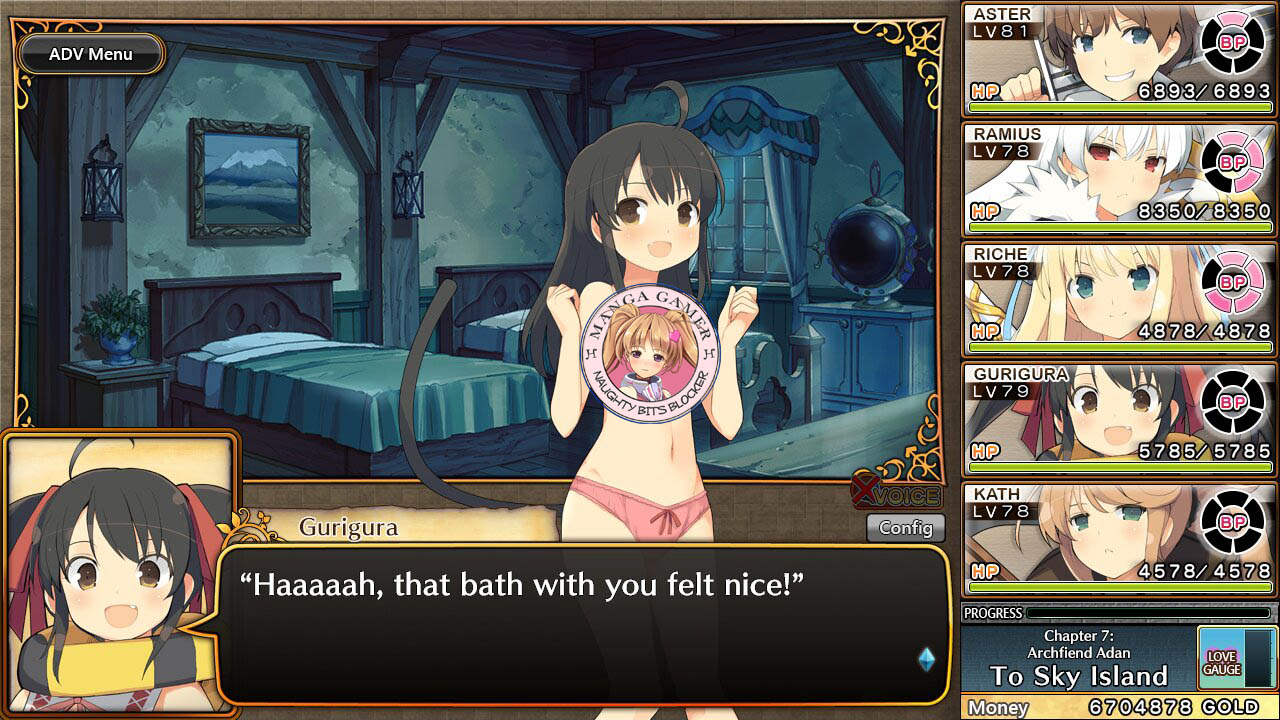 The gameplay is actually the game’s strongest point. It plays much like you’d expect any isometric view dungeon crawler. The enemies are fully 3D rendered, which I found really impressive. This is ALL enemies, too. The guymon, the capture-able galmon, insects, as well as the various humanoid enemies all have surprisingly good 3D models reminiscent of late 3D RPGs. Each combatant of your own has a set number of skill points that can be used to slot certain actions and passives based on your own personal strategy. The random battles can get to be a bit much, and the game can get pretty grindy as time goes on, but thanks to certain skills it isn’t so bad. 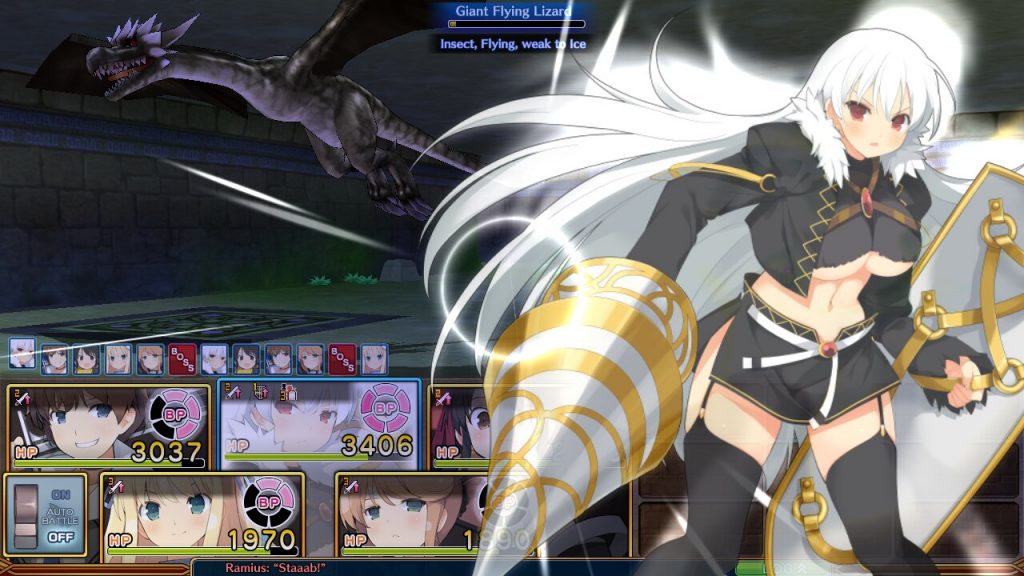 The world is big and full of discoveries like giant boss monsters and treasure. On top of that, the dungeons have a healthy variety too, so nothing really gets stale as time goes on. The continents(and the dungeons on them) are all, in typical JRPG fashion, completely environmentally different so there’s next to no, if any, major overlap. 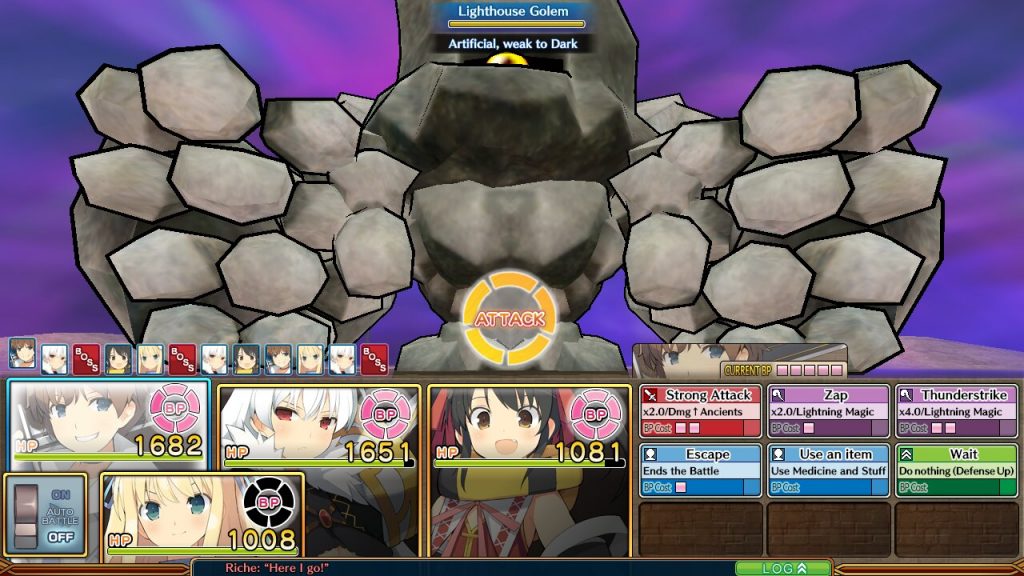 The music does a fine job supporting the whole as well. 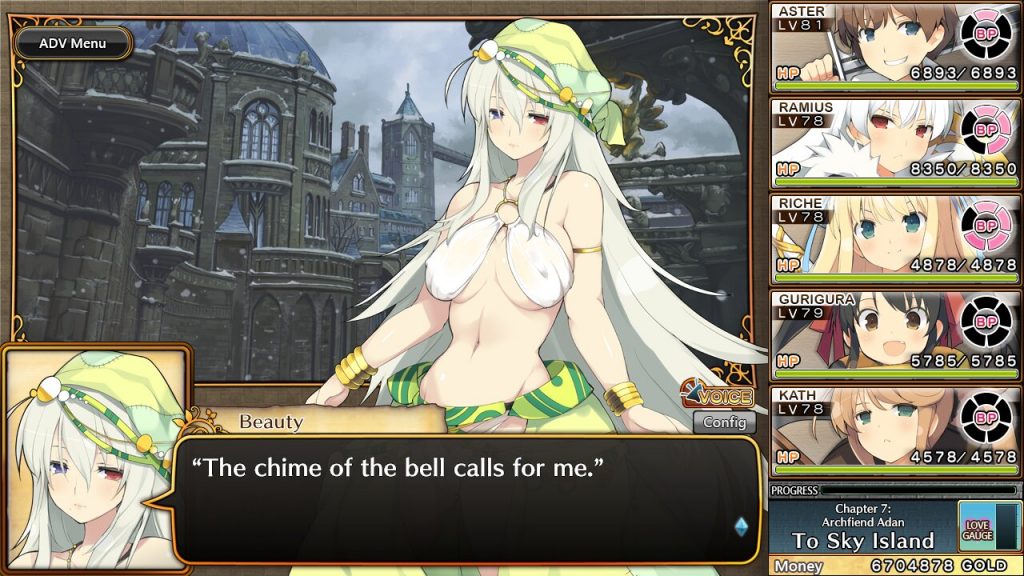 Which brings us to the CGs. I said your juices would get flowing, right? 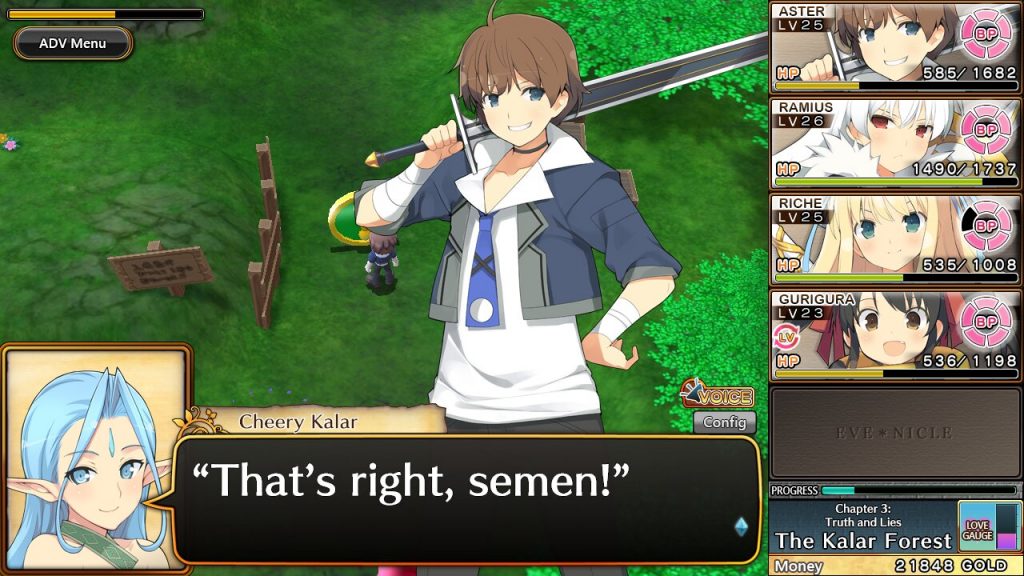 Well that’s not a lie. The art is done by Nan Yaegashi of Senran Kagura fame, and the coloring (and designs) look stellar across the board. The portraits are -stellar- and very soft and squishy looking and overall are delicious. The CGs will keep you going for hours, but be warned that there is a lot more violent sex than one might expect from the initial tones of the artwork. 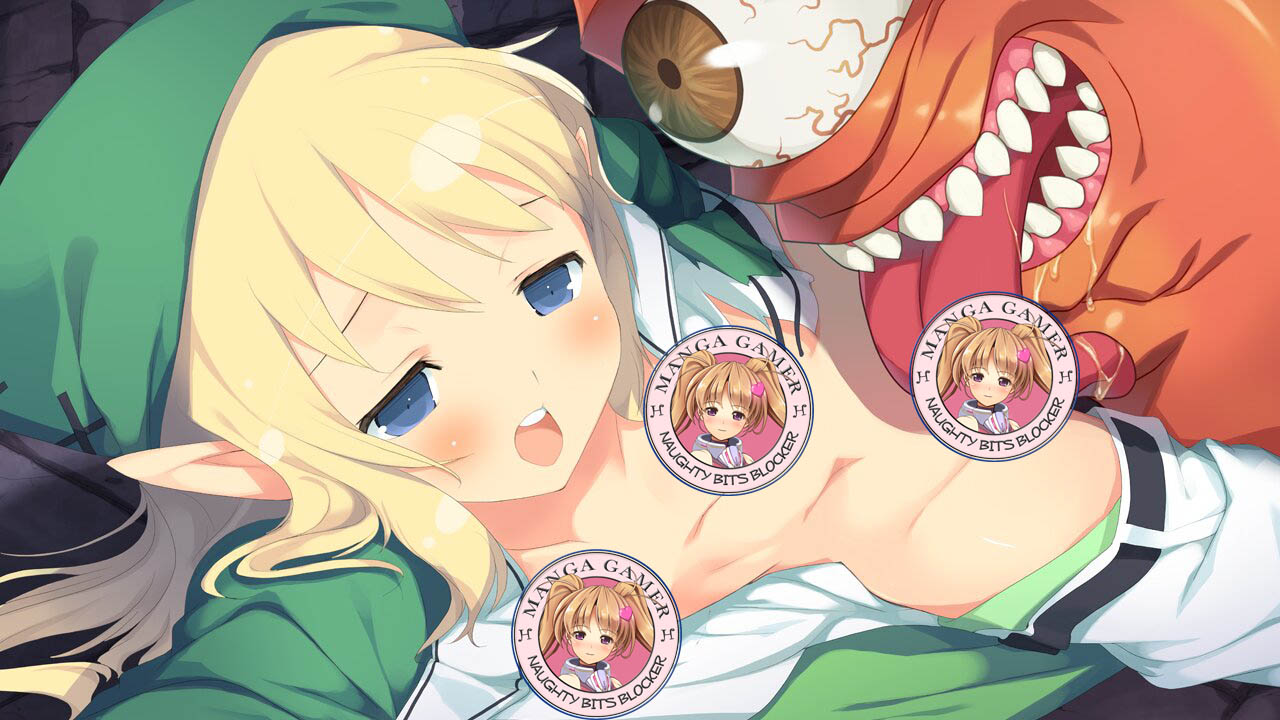 All in all? It’s a good game, and considering that this is the first game in the series, it sets a solid groundwork for Evenicle 2. If you’re a fan of JRPGs with smut on the side, like any major Alicesoft game, I’d recommend this!