Introducing No, Thank You!!! 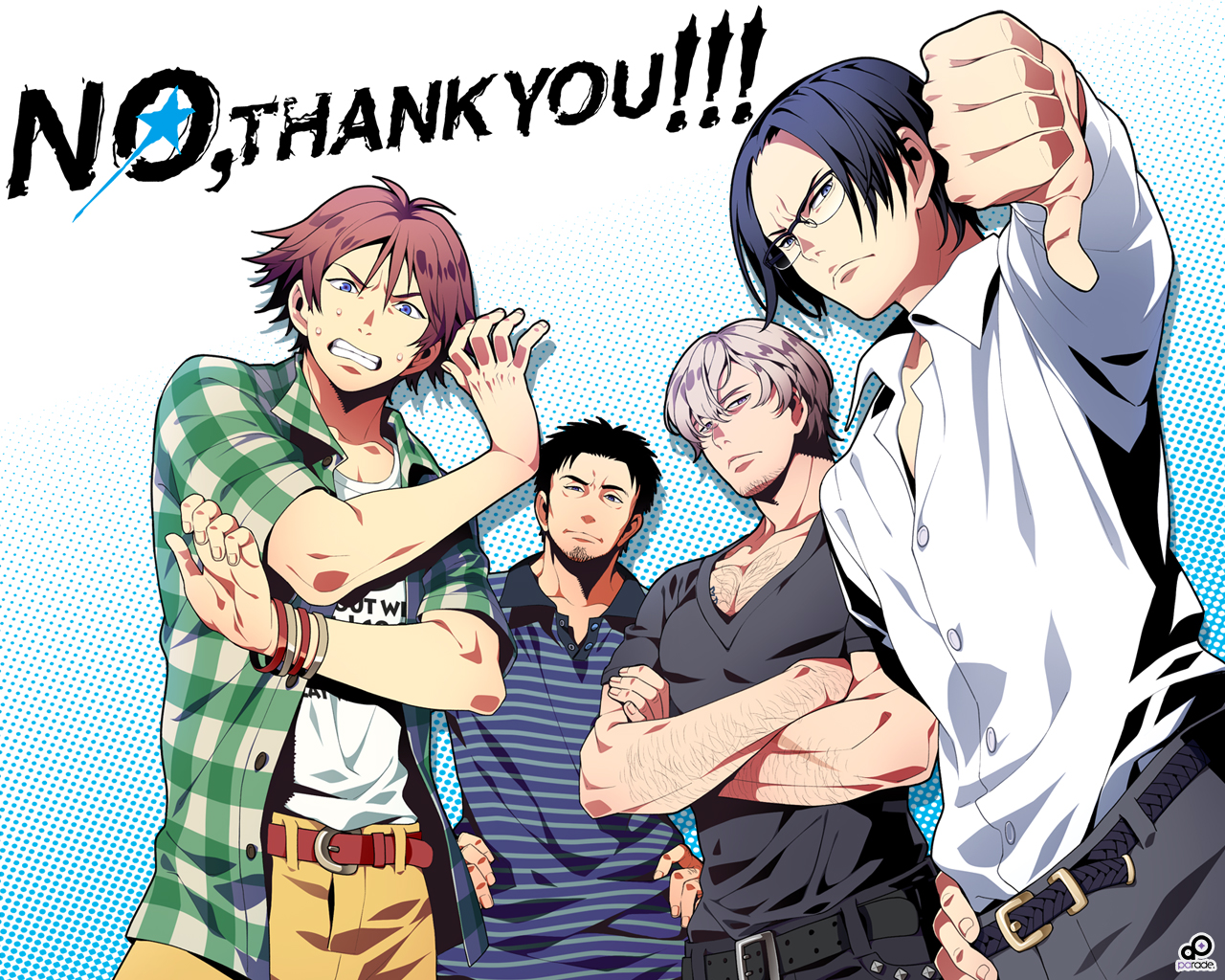 No, Thank You!!! follows the exploits of a mysterious young man after he saves the life of the kindly middle-aged man and starts working at the man’s jazz bar. He soon discovers that there’s more to this cozy little jazz bar than meets the eye. As our amnesiac protagonist delves deeper into both the back-alley dealings of the bar and his attractive male coworkers, we do begin to wonder if the bar is the only thing with a hidden side to it…

To start, let me introduce the game’s protagonist––he loses his memory in the process of rescuing Kouichi, the bar’s owner, from a wayward vehicle and can’t even remember his own name. Thankfully for him, Kouichi is a nice guy who offers to give him a job and a place to live until he recovers. When he starts at Kouichi’s jazz bar, sótano, the other employees there give him the name ‘Haru’. 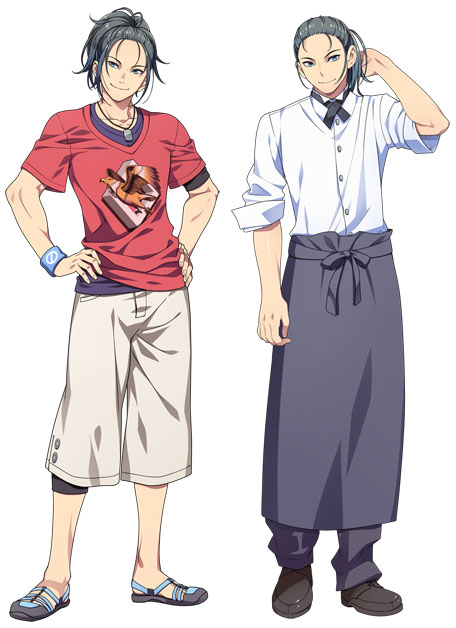 “Good afternoon, Haru here! Hehehe, it’s a pretty great name, isn’t it? Oh, so, I’ve got uh… amnesia? Or whatever it’s called, so, I uh… What was it again? Umm… Well, whatever! My favorite things are boobs and butts! It’s been nice talking to you!”

Haru’s (probably) in his early 20s (he thinks), but he can’t remember exactly. He may have amnesia, but he didn’t lose his personality in the process either. His personality and mannerisms may be somewhat childish, but at the same time he has unusually (suspiciously?) detailed knowledge of some peculiar subjects. He’s also unabashedly bisexual and enjoys groping and hitting on his coworkers––no one’s quite sure if that’s just another side effect of the accident, or if he was always like this. 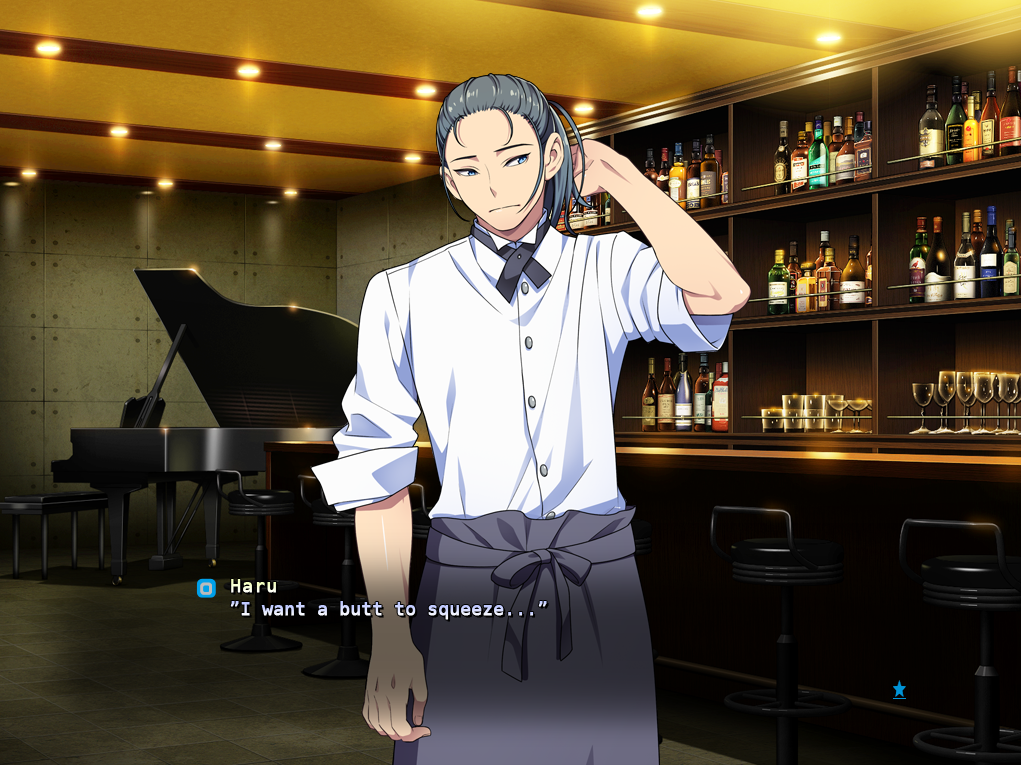 He’s a pretty unusual protagonist for a BL game. Not only does he play the ‘seme'(pitcher rather than catcher, so to speak) role during sex, but he’s a very proactive character in general. Haru takes the lead both in pursuing the other leads and advancing the story. He’s also bright and cheerful with a sense of humor (as juvenile as it might be). I find him to be really charming and a refreshing change of pace from your standard BL lead. Oh, and as far as subverting BL genre conventions goes, while Haru is the seme in the sex scenes, he’s not silent and emotionless during the deed. I should also note that while he offers to switch it up in just about every route, it never ends up happening.

As silly as Haru might be, there’s decidedly more to him, and the game as a whole, than jokes and casual sexual harassment. I don’t want to spoil it, but if you’re concerned that the game looks like it’s just a light-hearted nukige and therefore not worth your time, I will say that the demo (and beginning of the game) is, uh… let’s go with ‘intentionally misleading’.